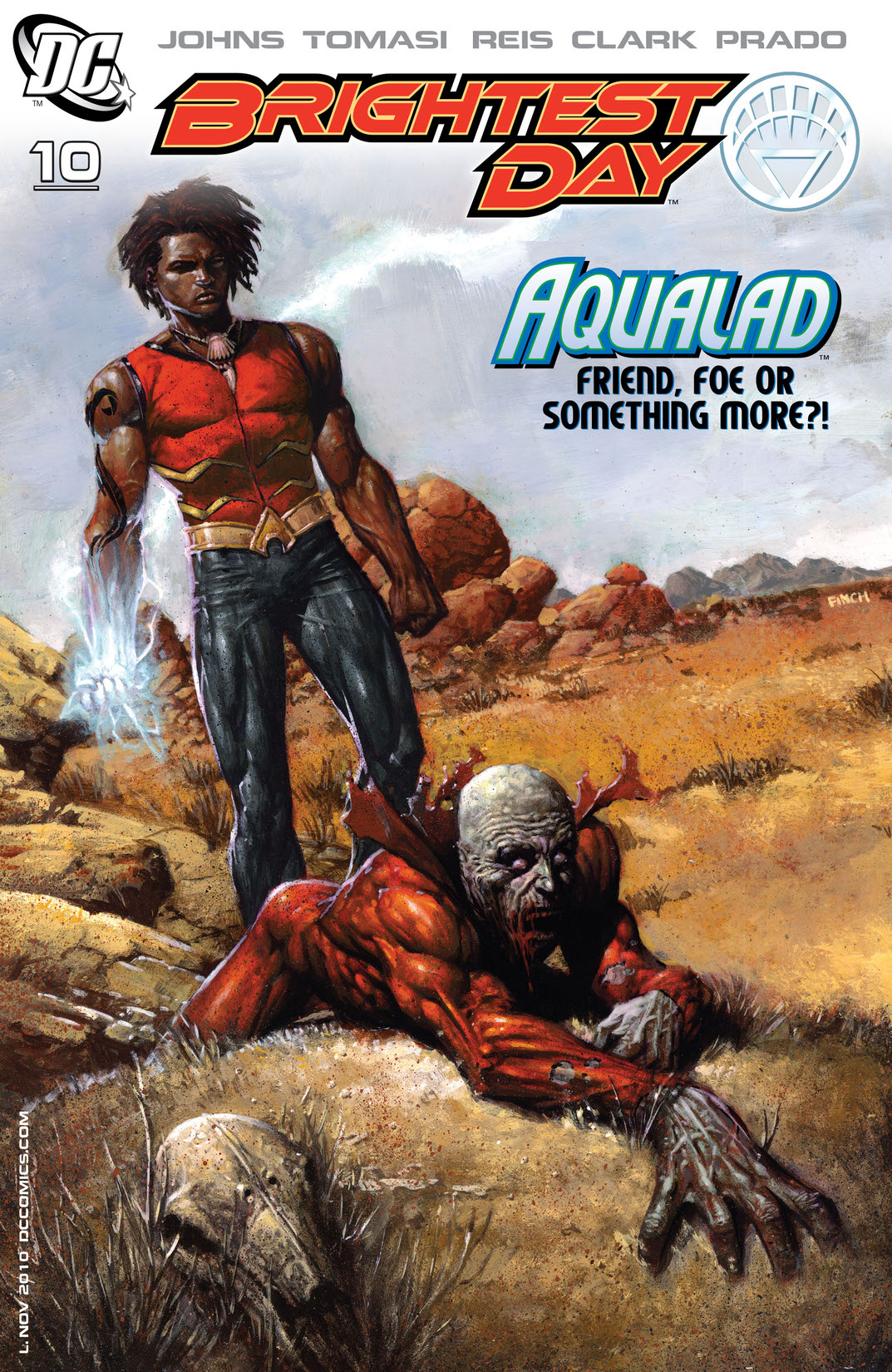 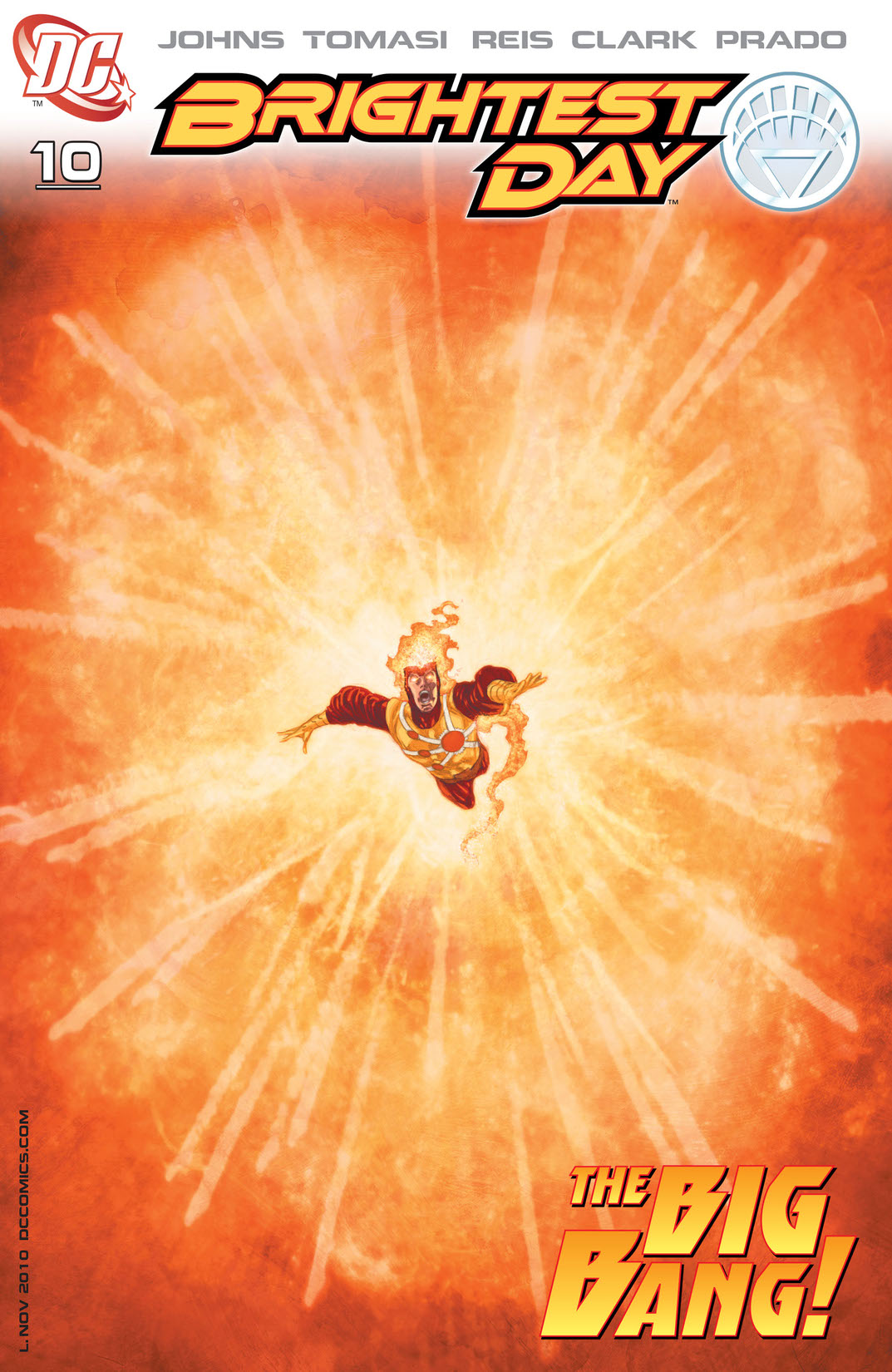 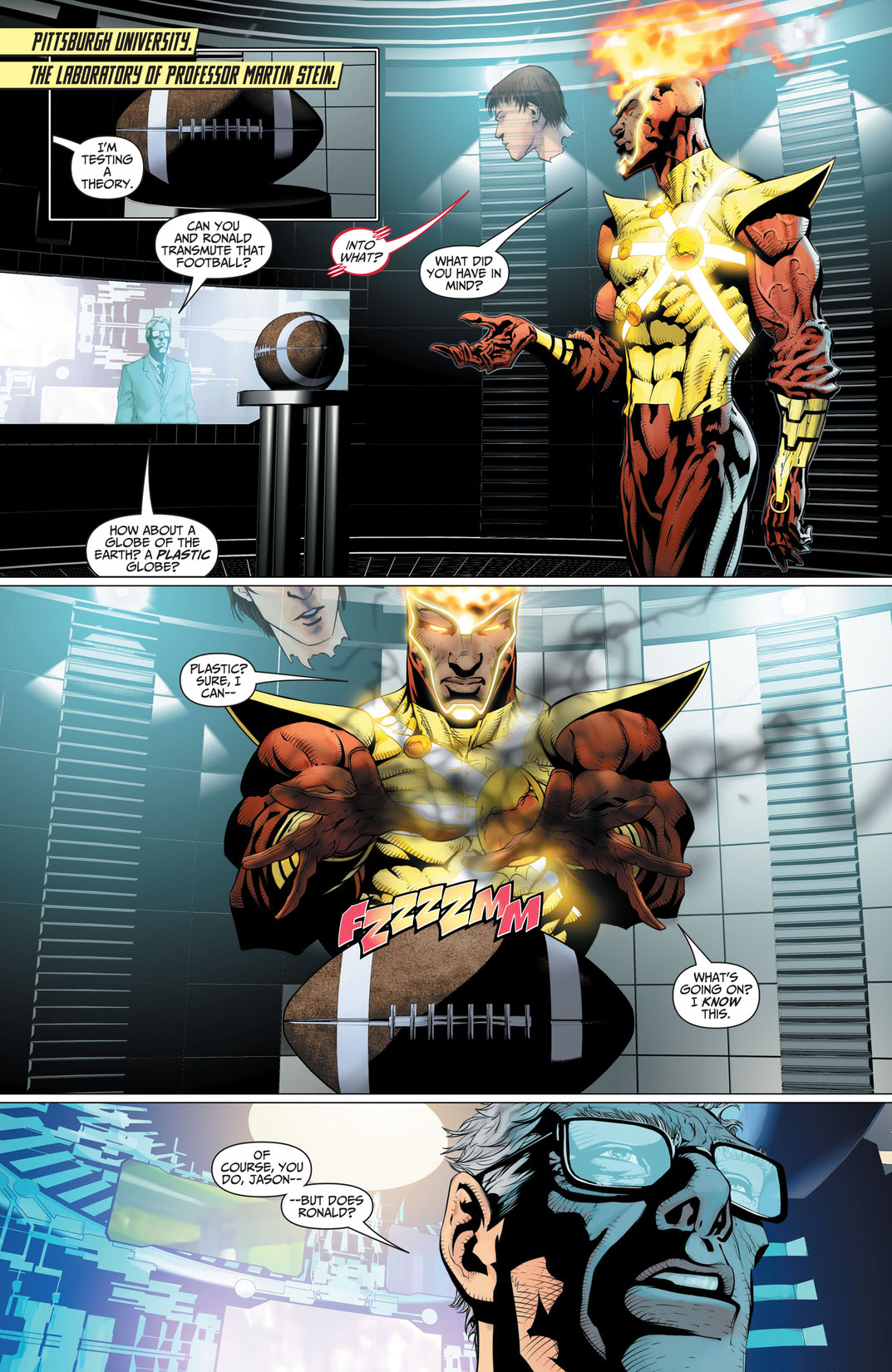 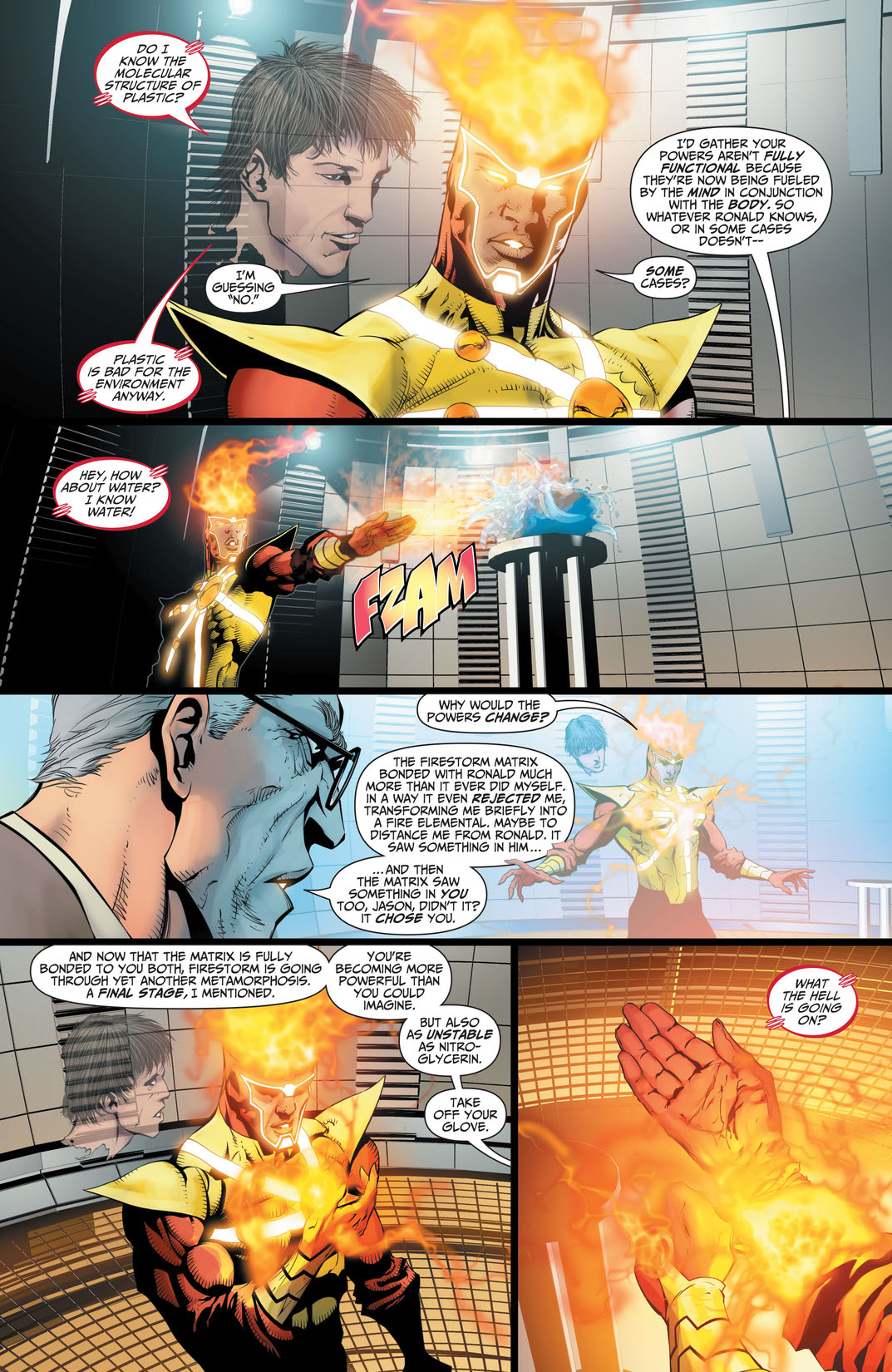 The shocking secret behind Firestorm's power source is revealed! And if Professor Stein can't keep Ronald Raymond and Jason Rusch from beating each other up, it may mean the end of the universe. Elsewhere, Black Manta confronts the new Aqualad—but first the villain will have to go through Aquaman!