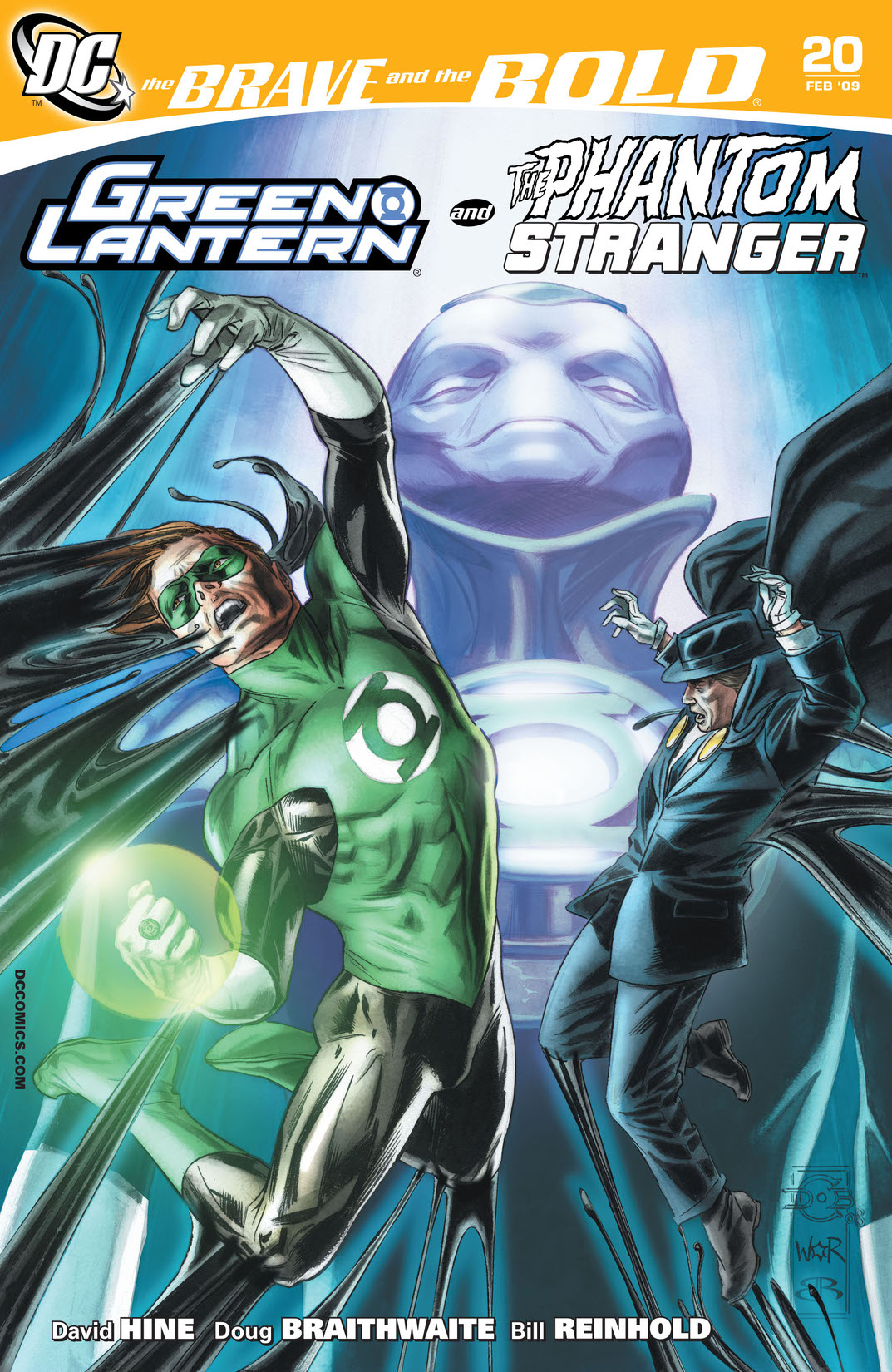 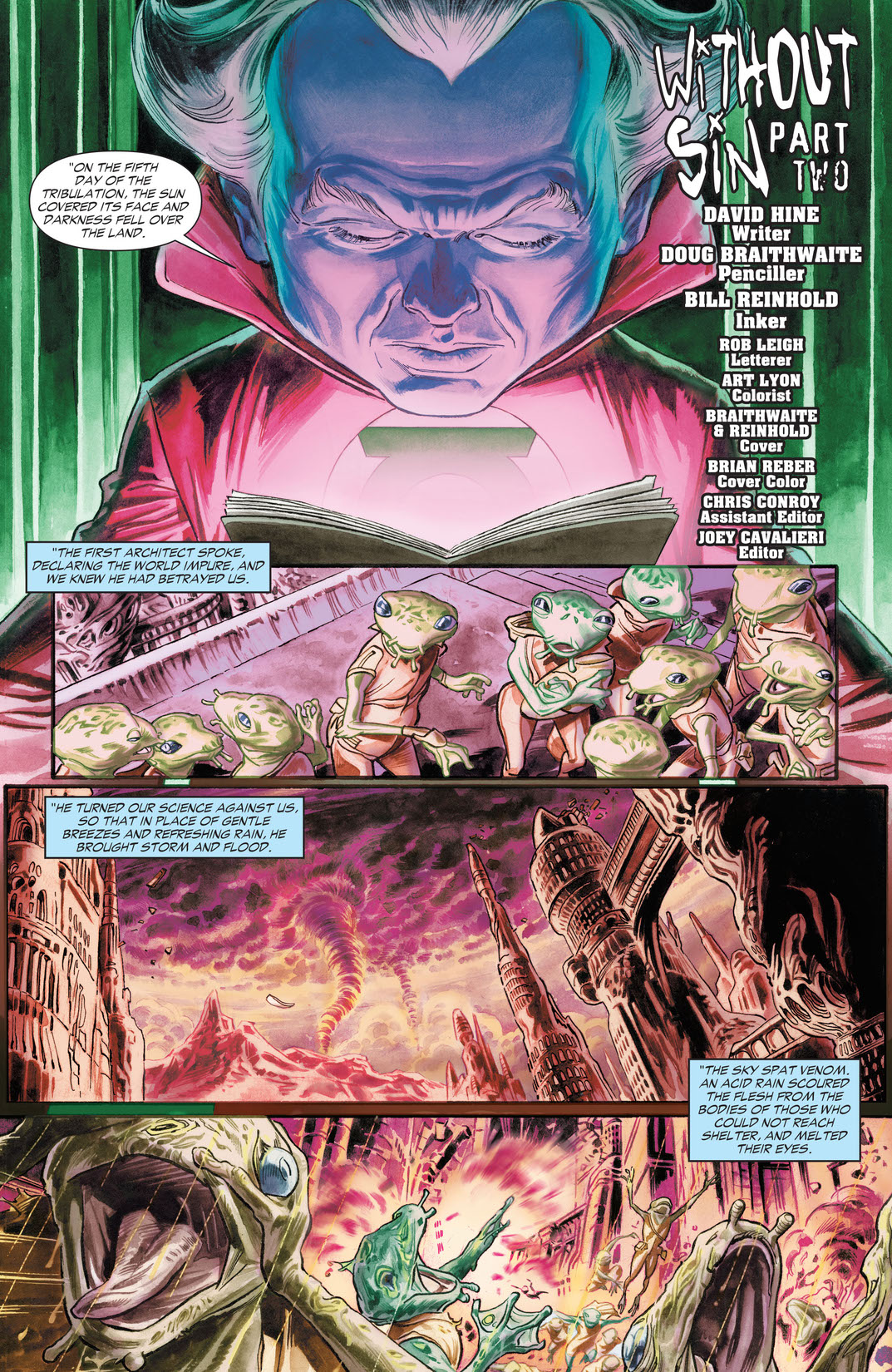 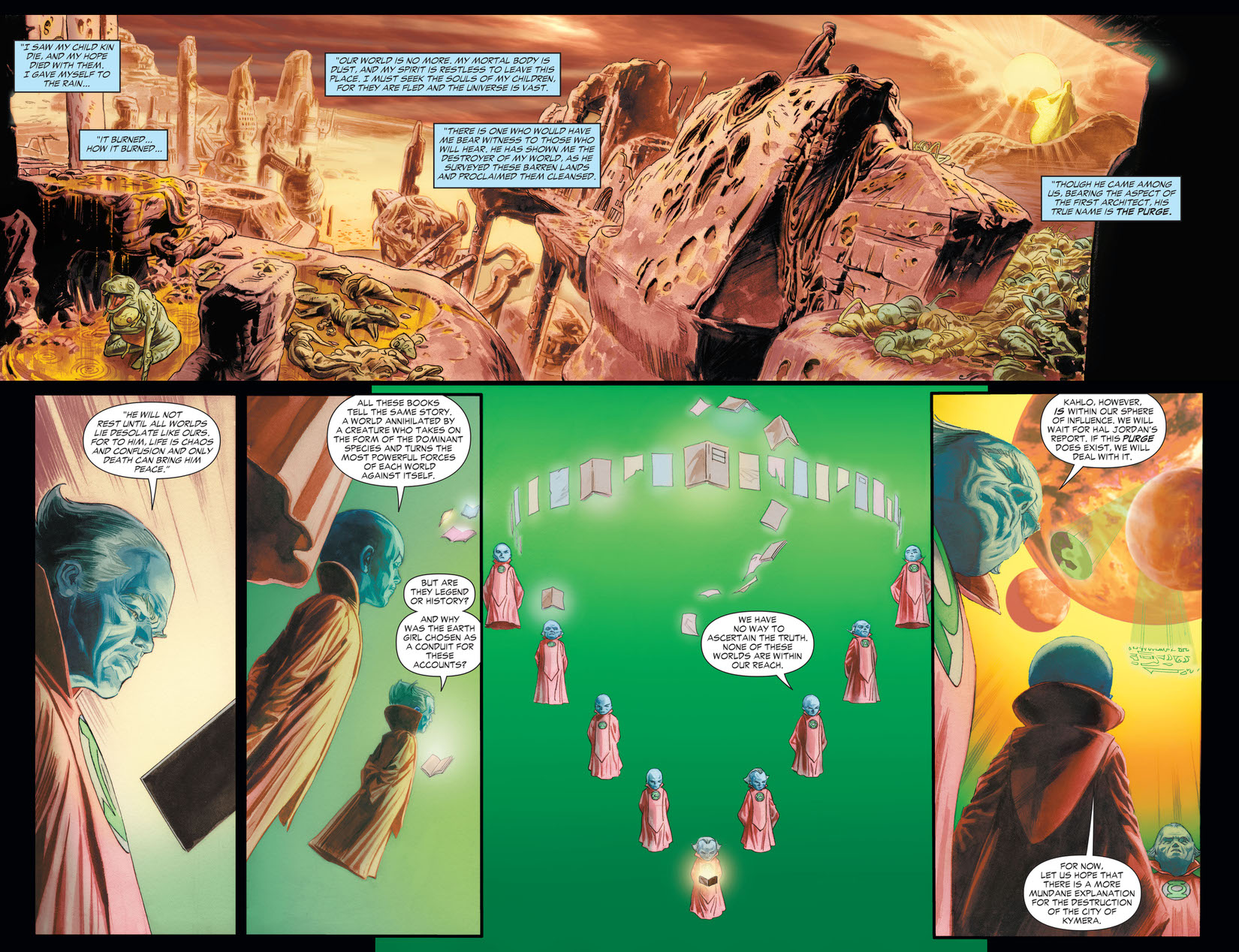 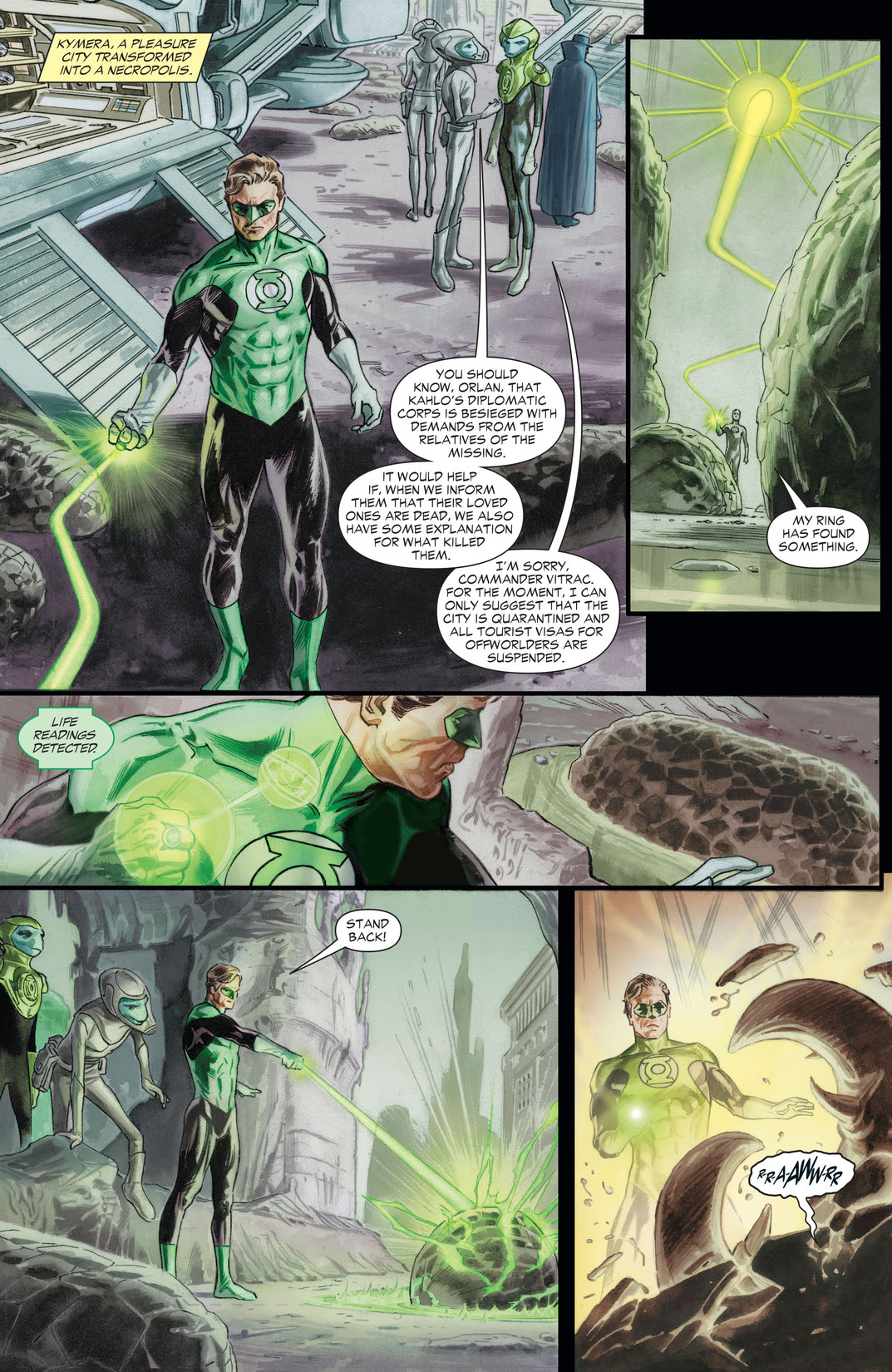 Green Lantern and Phantom Stranger are summoned to a dangerous new world! Beautiful and otherworldly, this planet looks like nothing you've seen before. But its civilization hides a secret strange enough to overpower the Stranger! 'Without Sin' part 2.