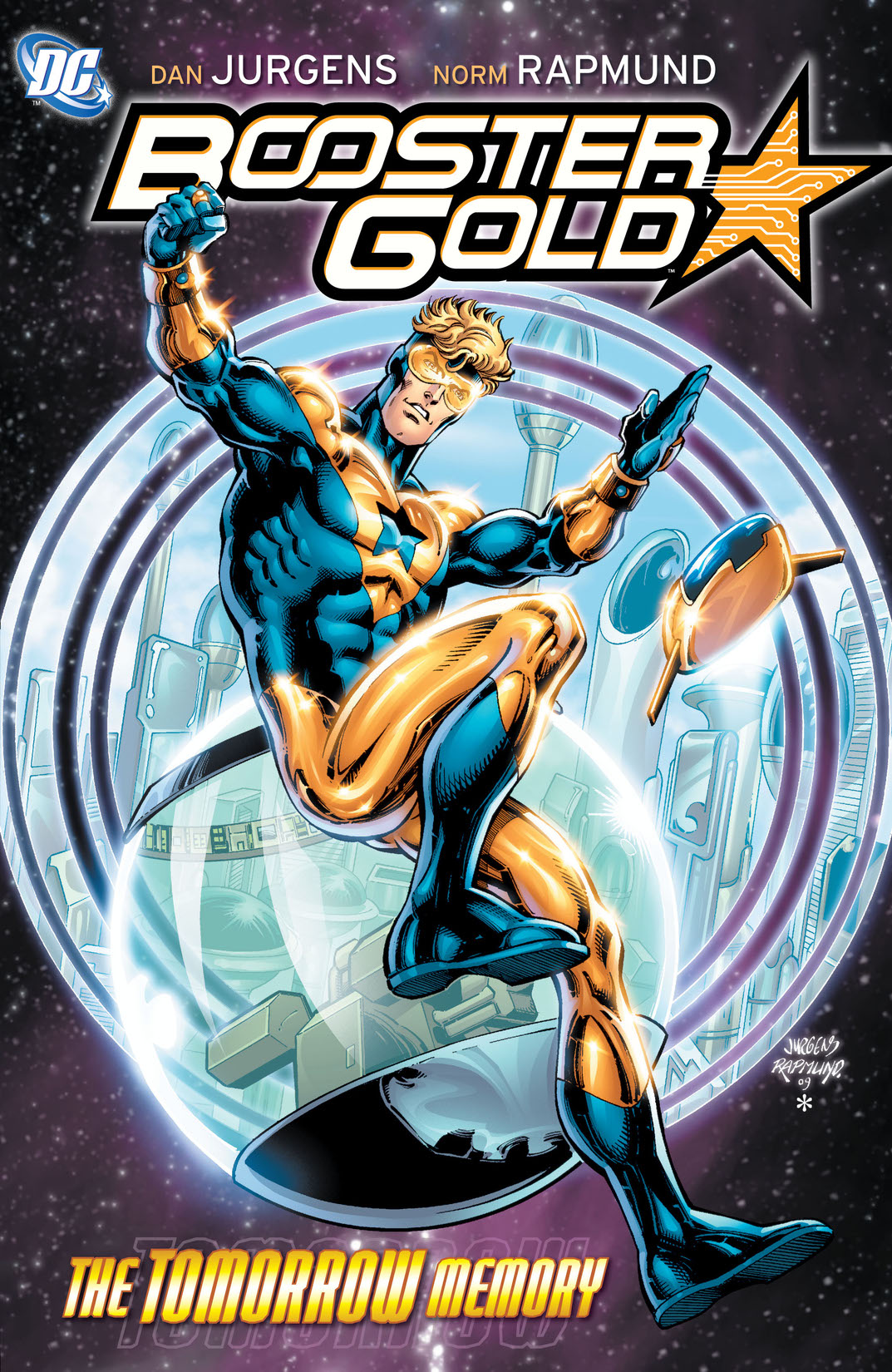 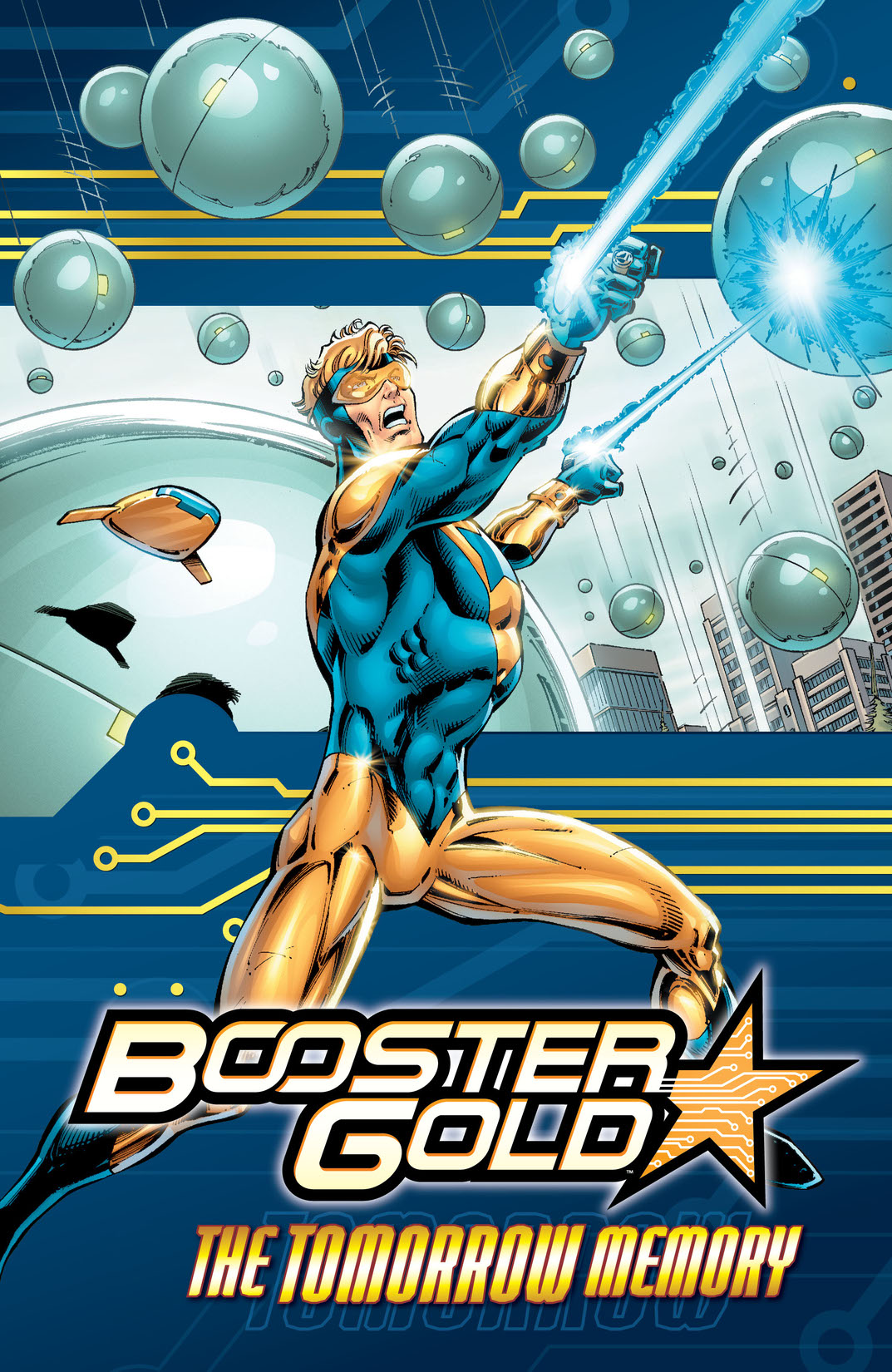 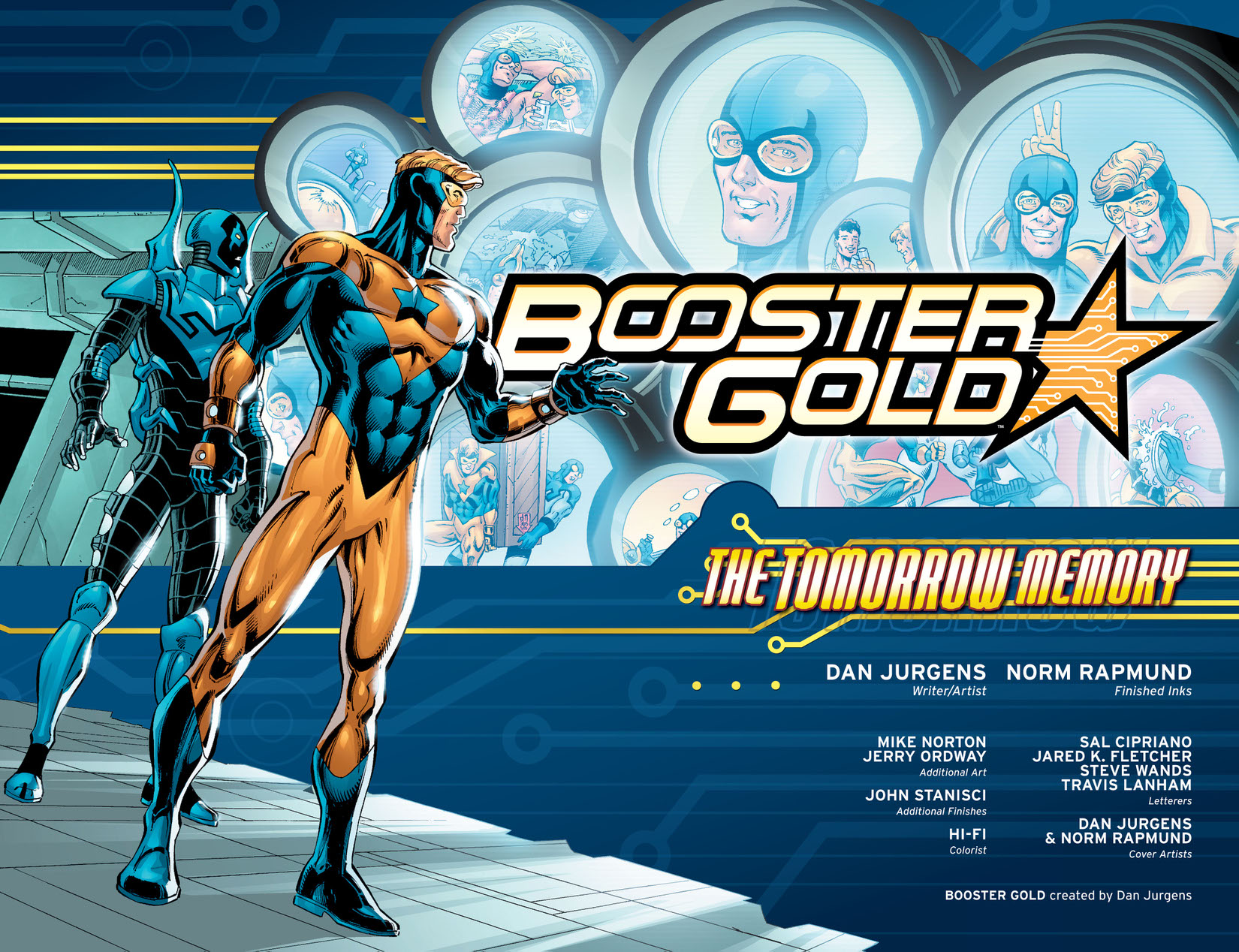 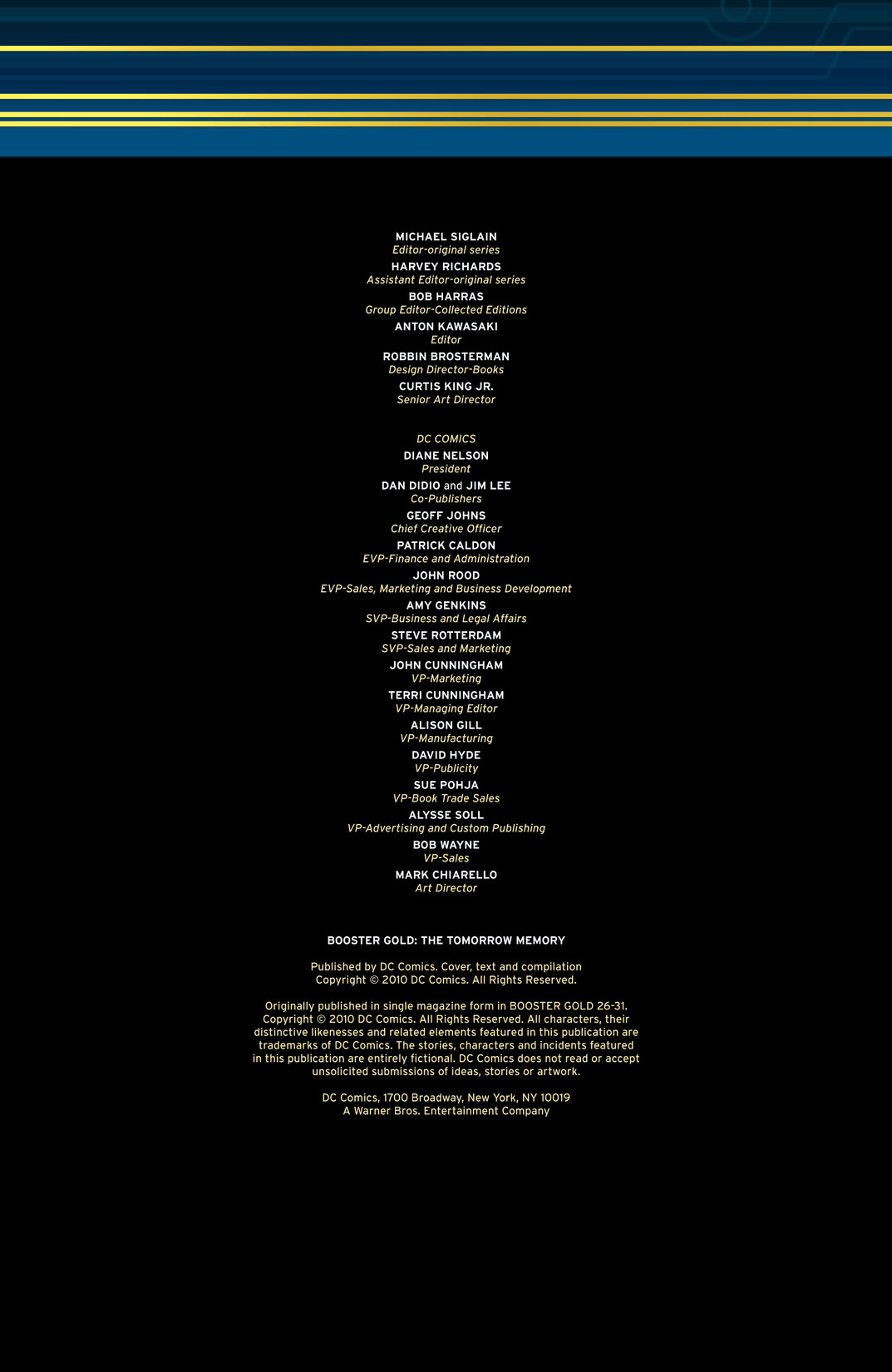 Continuing the fan-favorite series by superstar writer Geoff Johns and Hollywood producer Jeff Katz! After fighting Black Lantern and former Blue Beetle Ted Kord, Booster Gold finds himself lost in time, struggling to save his sister Goldstar from imminent death. However, when Booster Gold rescues his sister from the timestream, he soon realizes that the sister he saved is not the same girl he remembers. Collects BOOSTER GOLD #26-31.