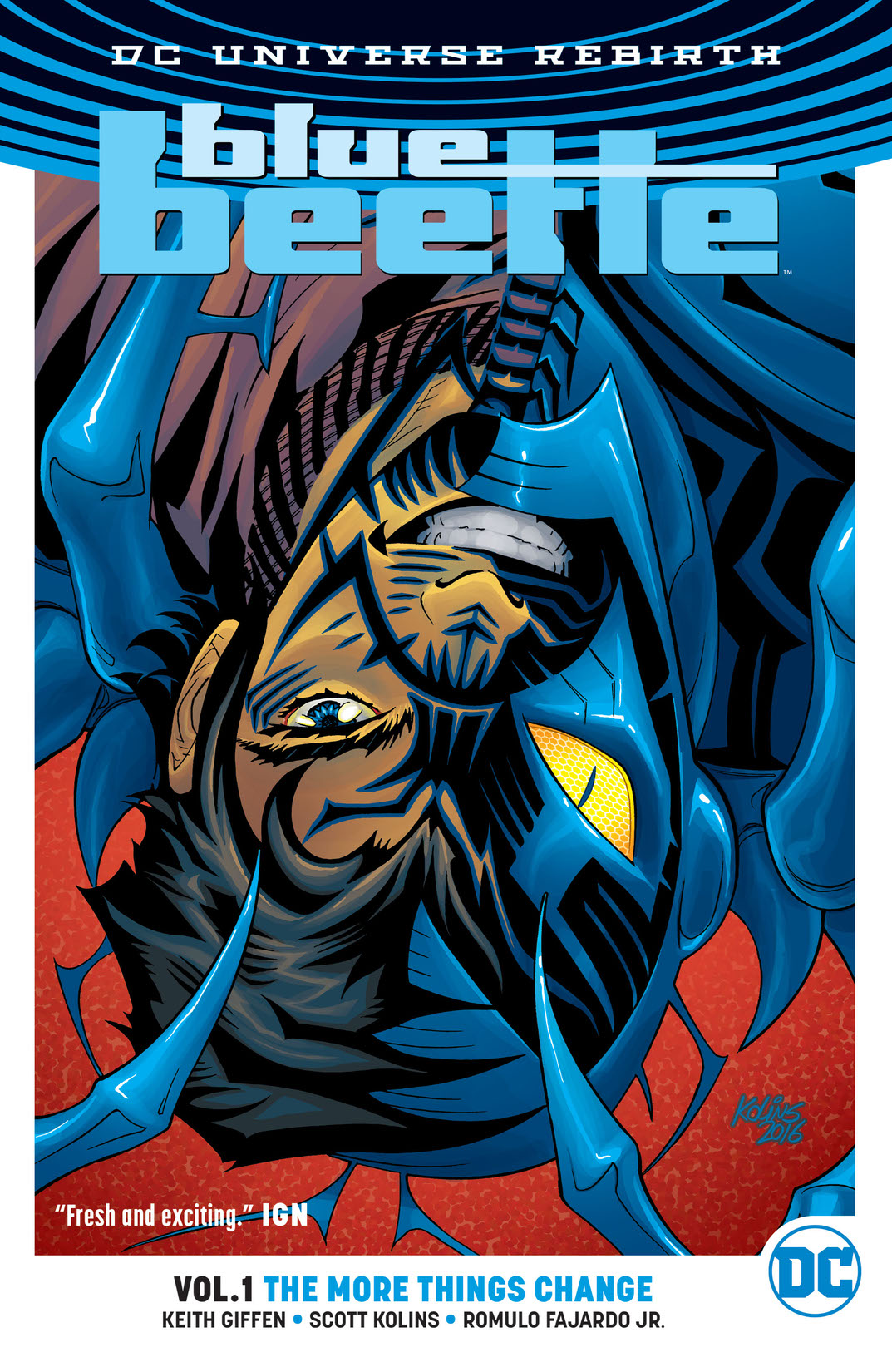 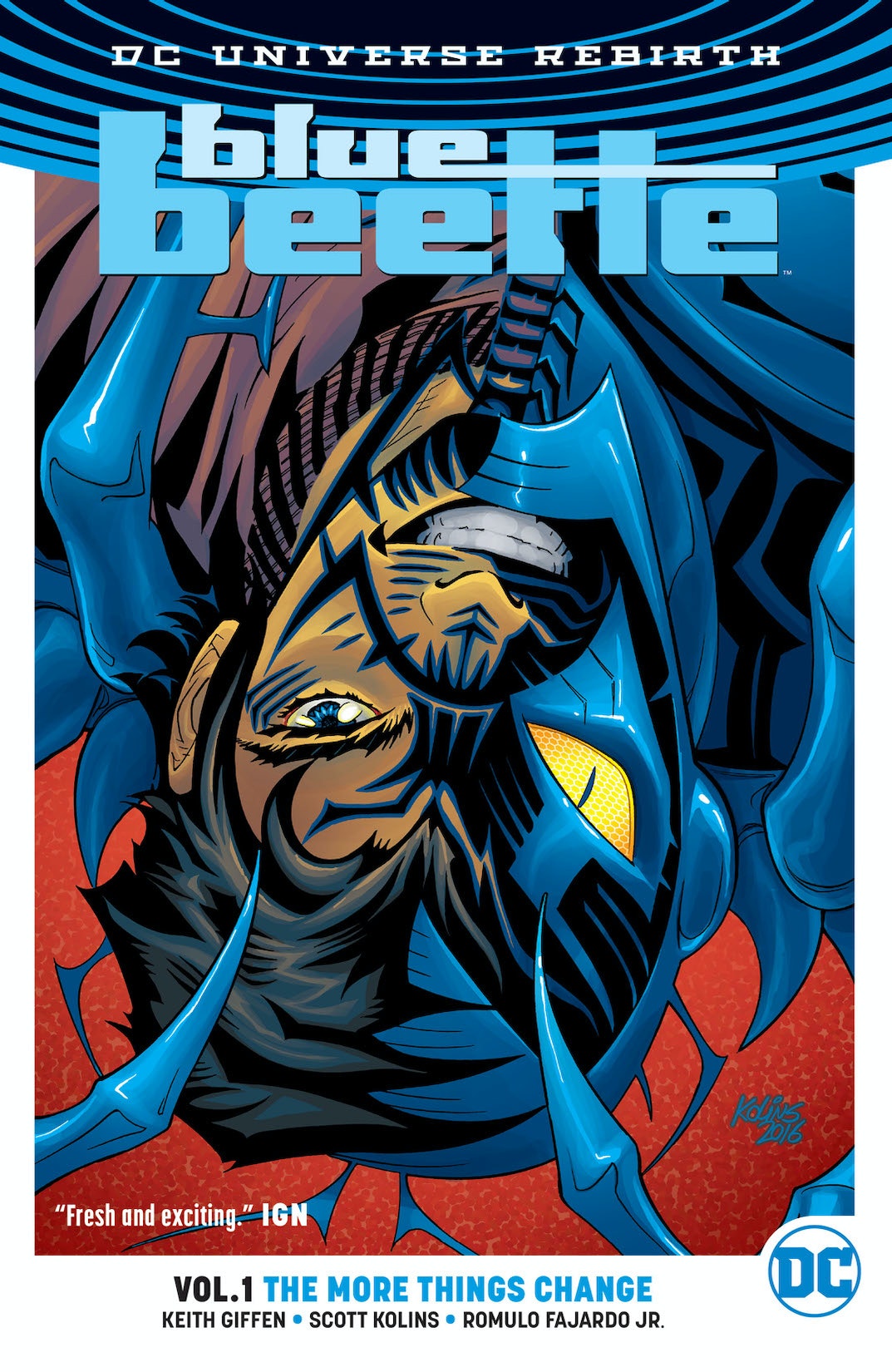 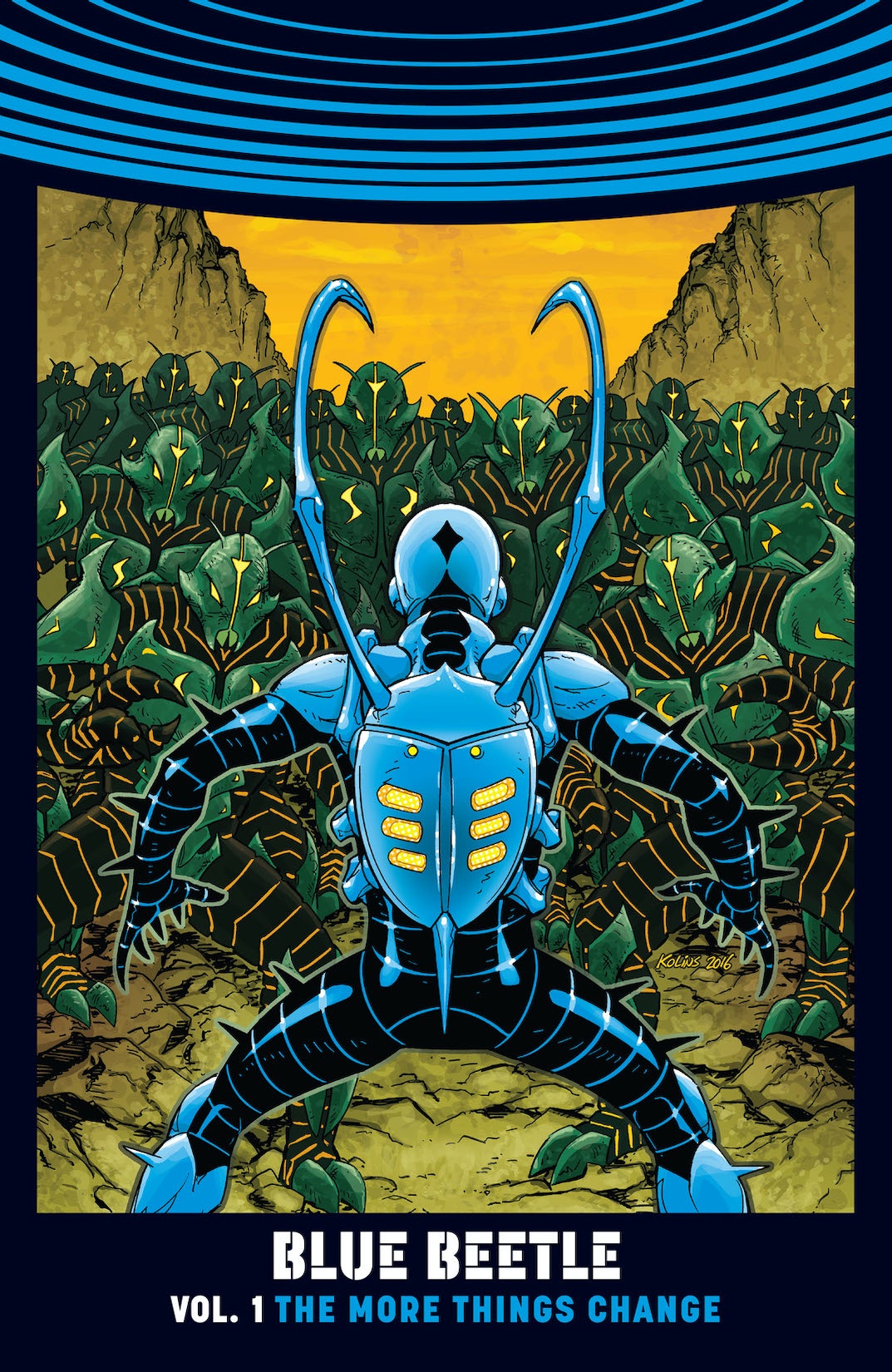 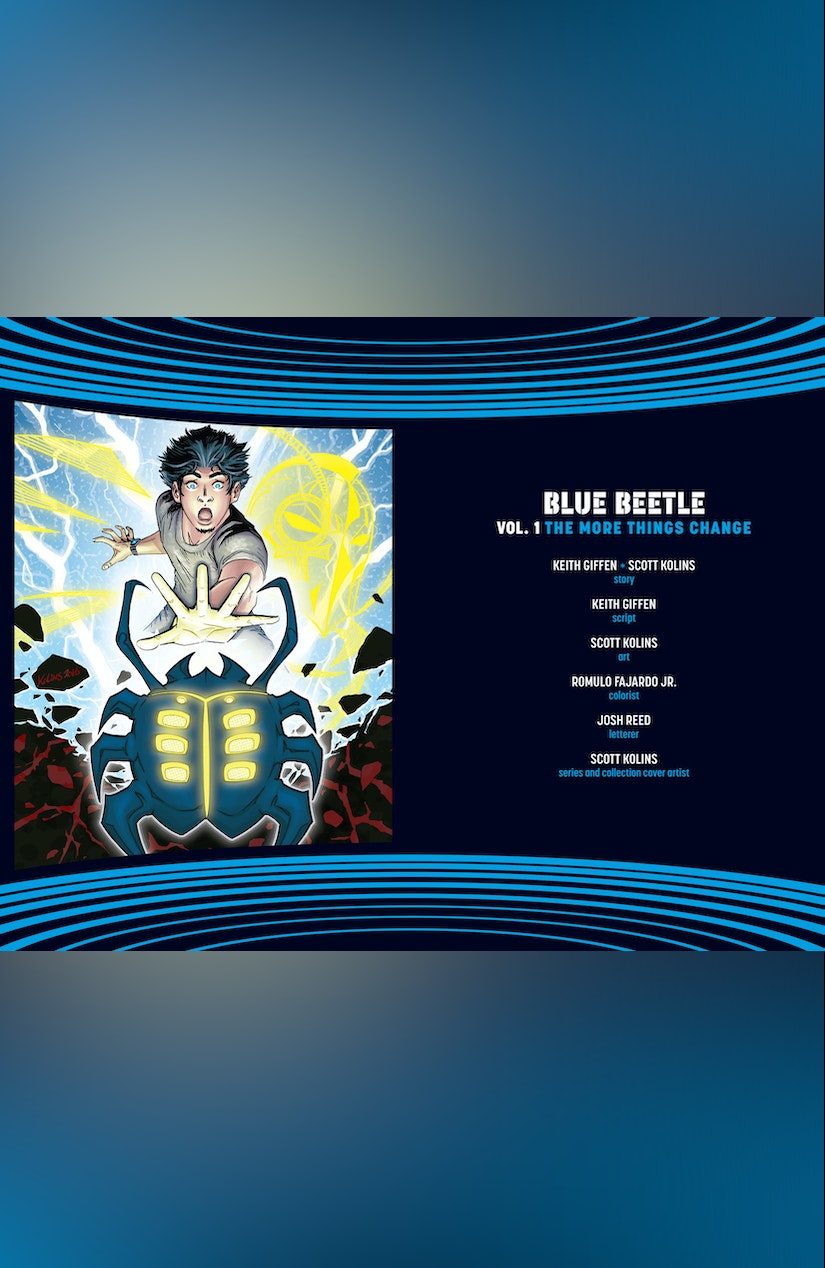 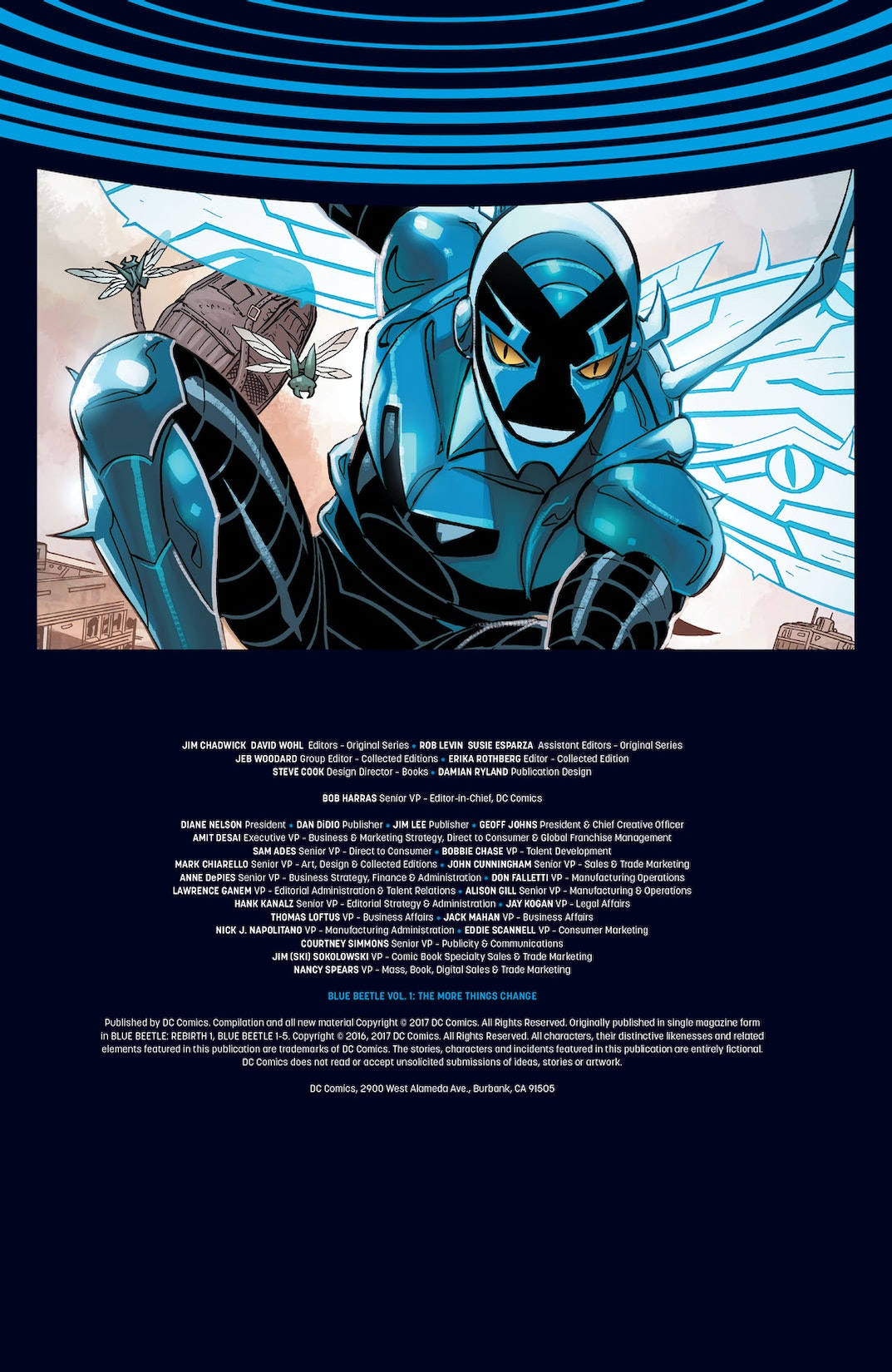 Bonded to the Blue Beetle Scarab, teenager Jamie Reyes has no idea what he's doing with one of the most powerful weapons in the universe. But he's in luck, because his predecessor--Ted Kord--is back in the DC Universe and here to serve as the young hero's mentor! Alongside fellow teen hero Doctor Fate, this duo will have to learn how to be heroes on the fly! Written by the legendary Keith Giffen (LEGION OF SUPER-HEROES) and illustrated by Scott Kolins (THE FLASH), Blue Beetle is back for a new generation as a part of DC Rebirth! Collects BLUE BEETLE: REBIRTH #1, BLUE BEETLE #1-5. Rebirth honors the richest history in comics, while continuing to look towards the future. These are the most innovative and modern stories featuring the world's greatest superheroes, told by some of the finest storytellers in the business. Honoring the past, protecting our present, and looking towards the future. This is the next chapter in the ongoing saga of the DC Universe. The legacy continues.