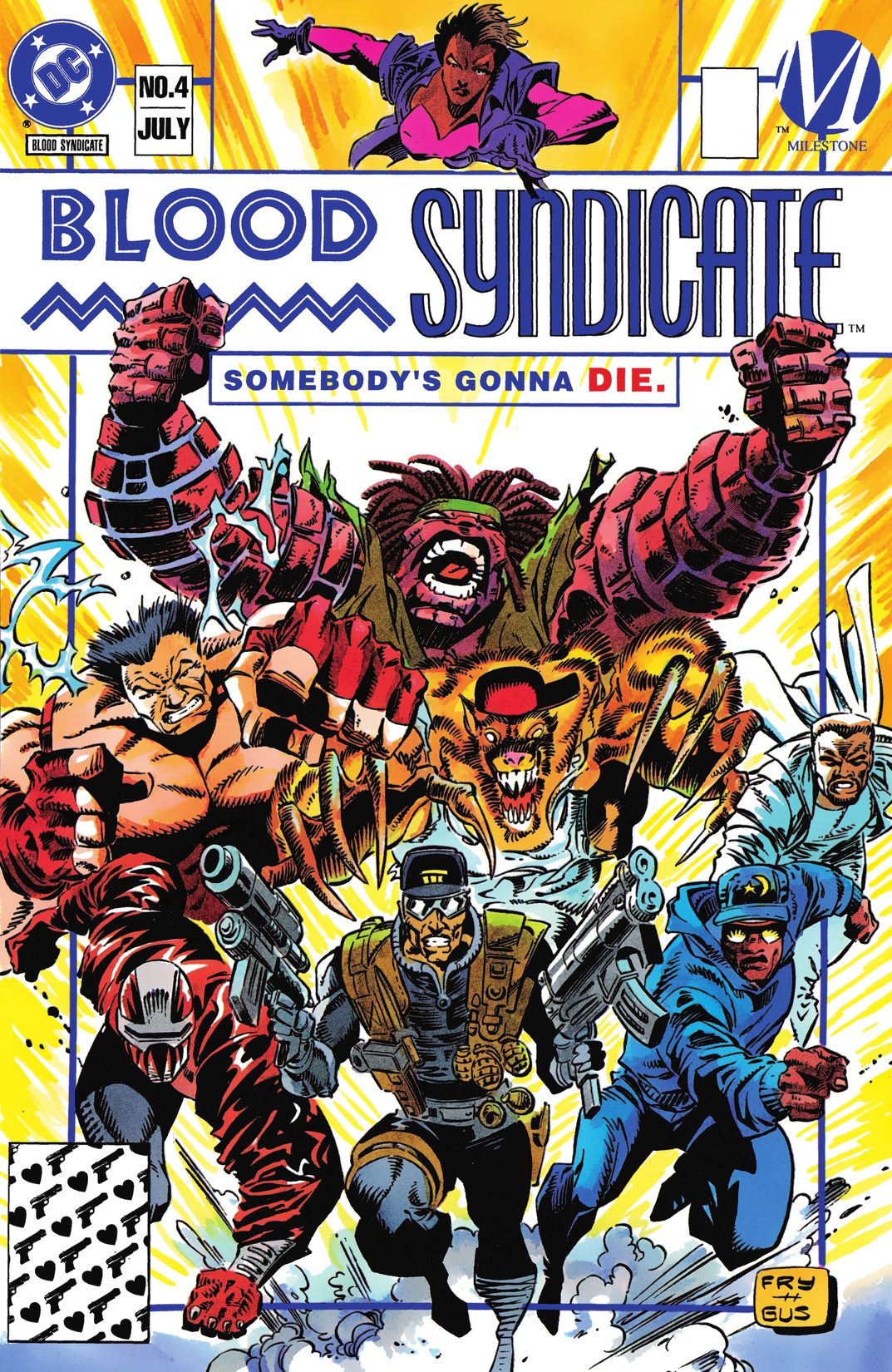 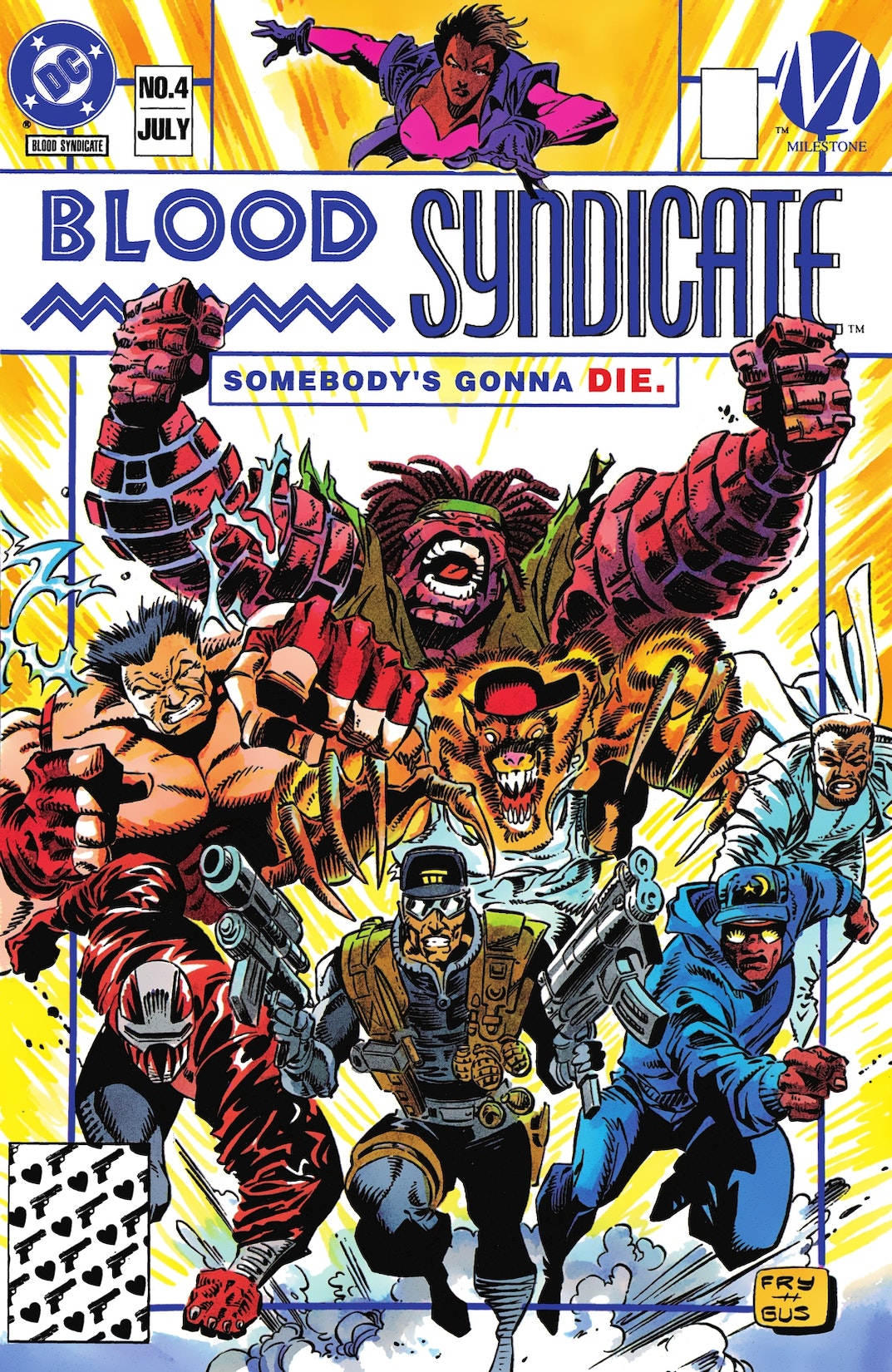 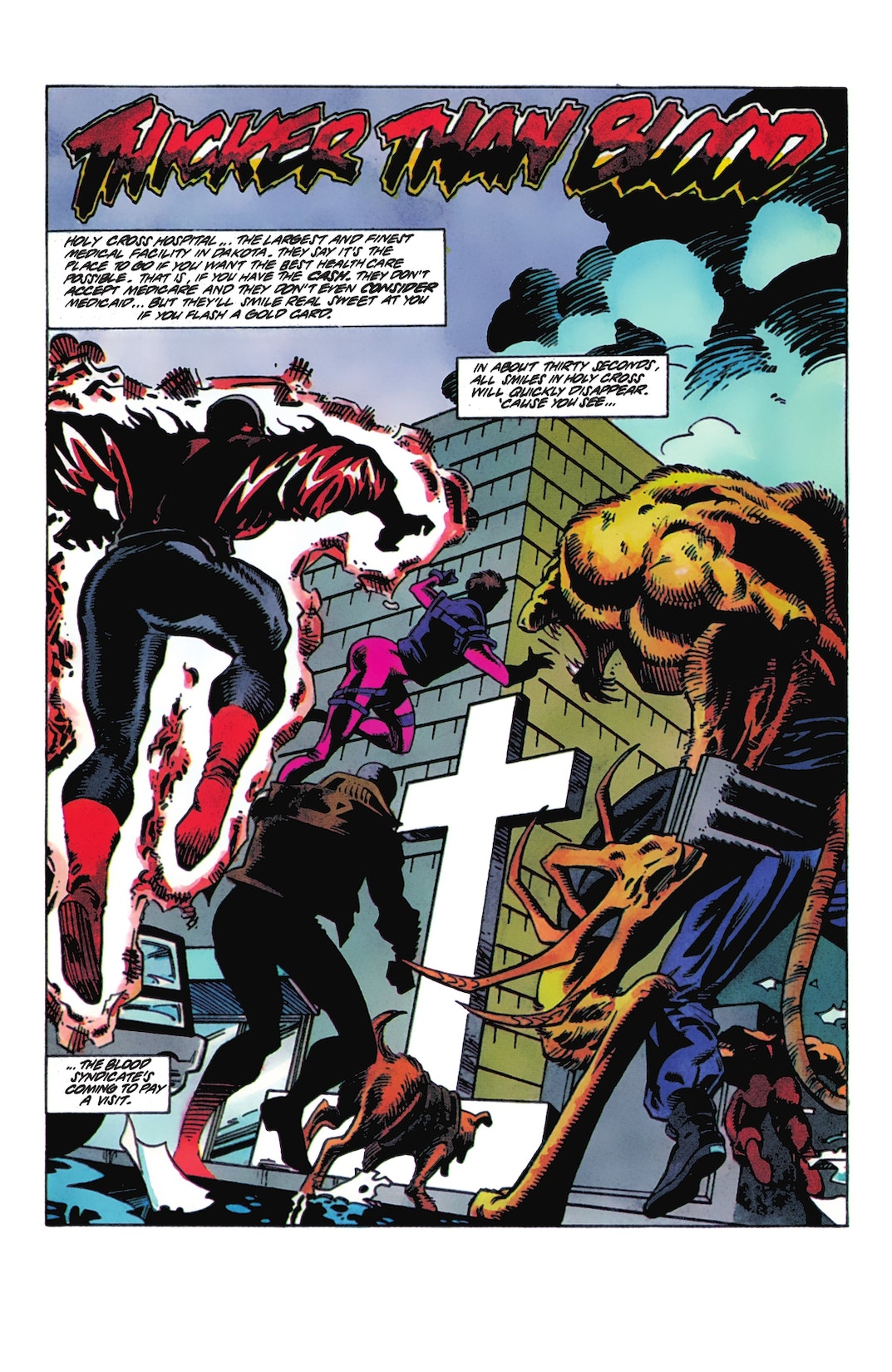 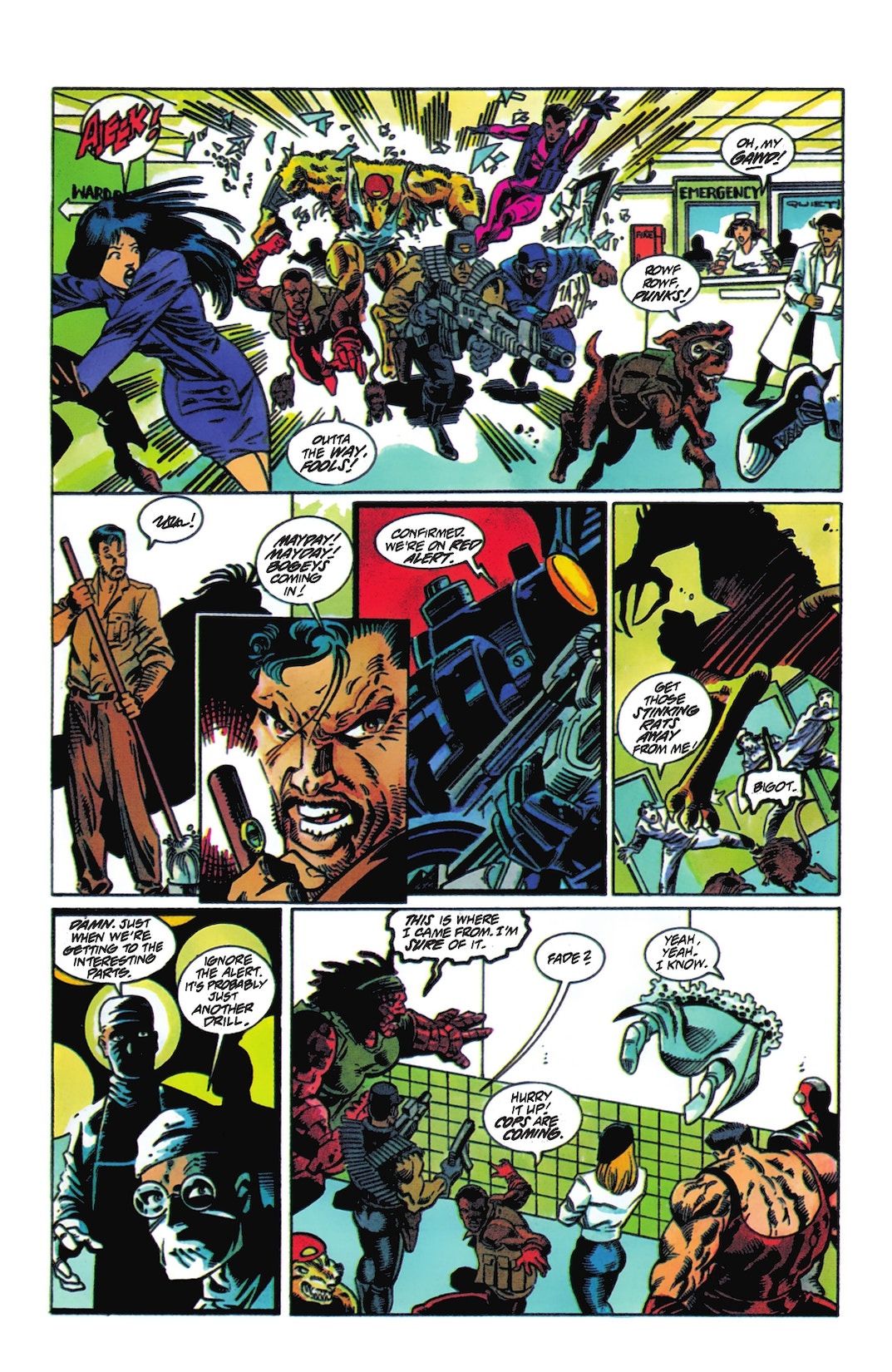 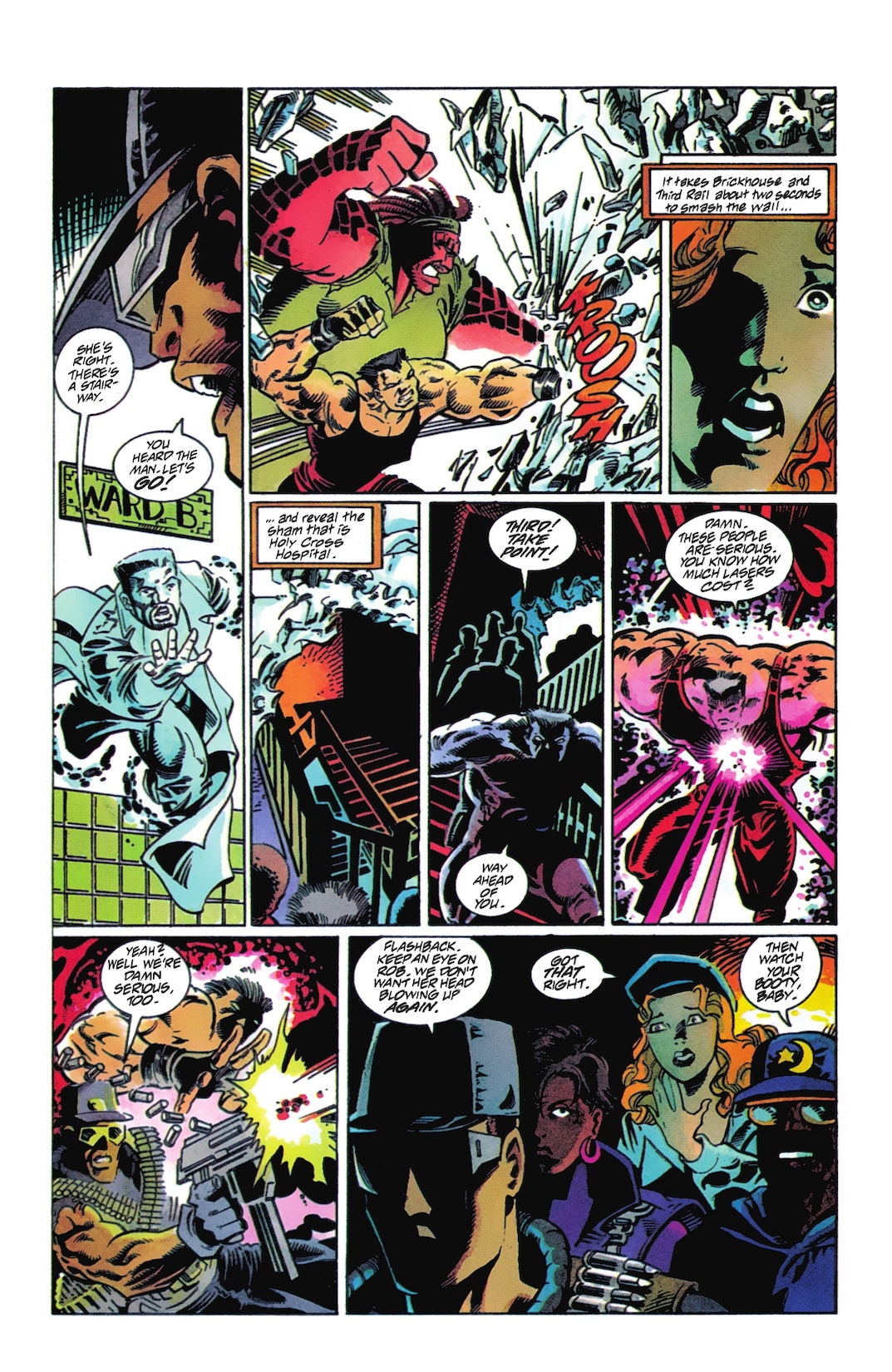 In the conclusion of “The Big Bang,” Brickhouse’s conspiracy leads the Syndicate to Holy Cross Hospital, which doubles as a SYSTEM stronghold. As the gang fights its way through a laboratory of horrors, Rob Chaplik gets the evidence she needs to expose City Hall’s cover-up of the Big Bang. Written by Dwayne McDuffie and Ivan Velez Jr., with art by James Fry and Andrew Pepoy.