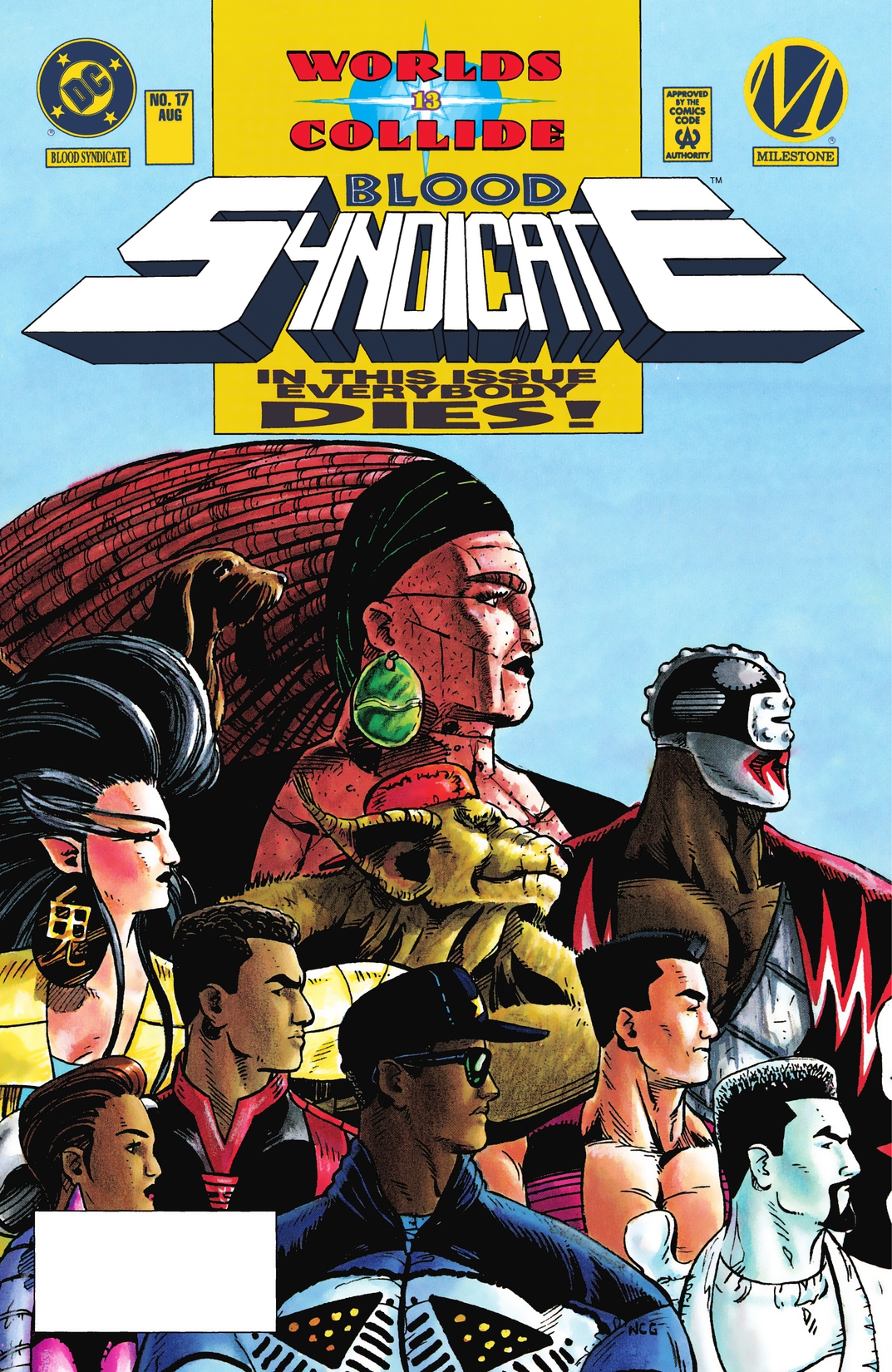 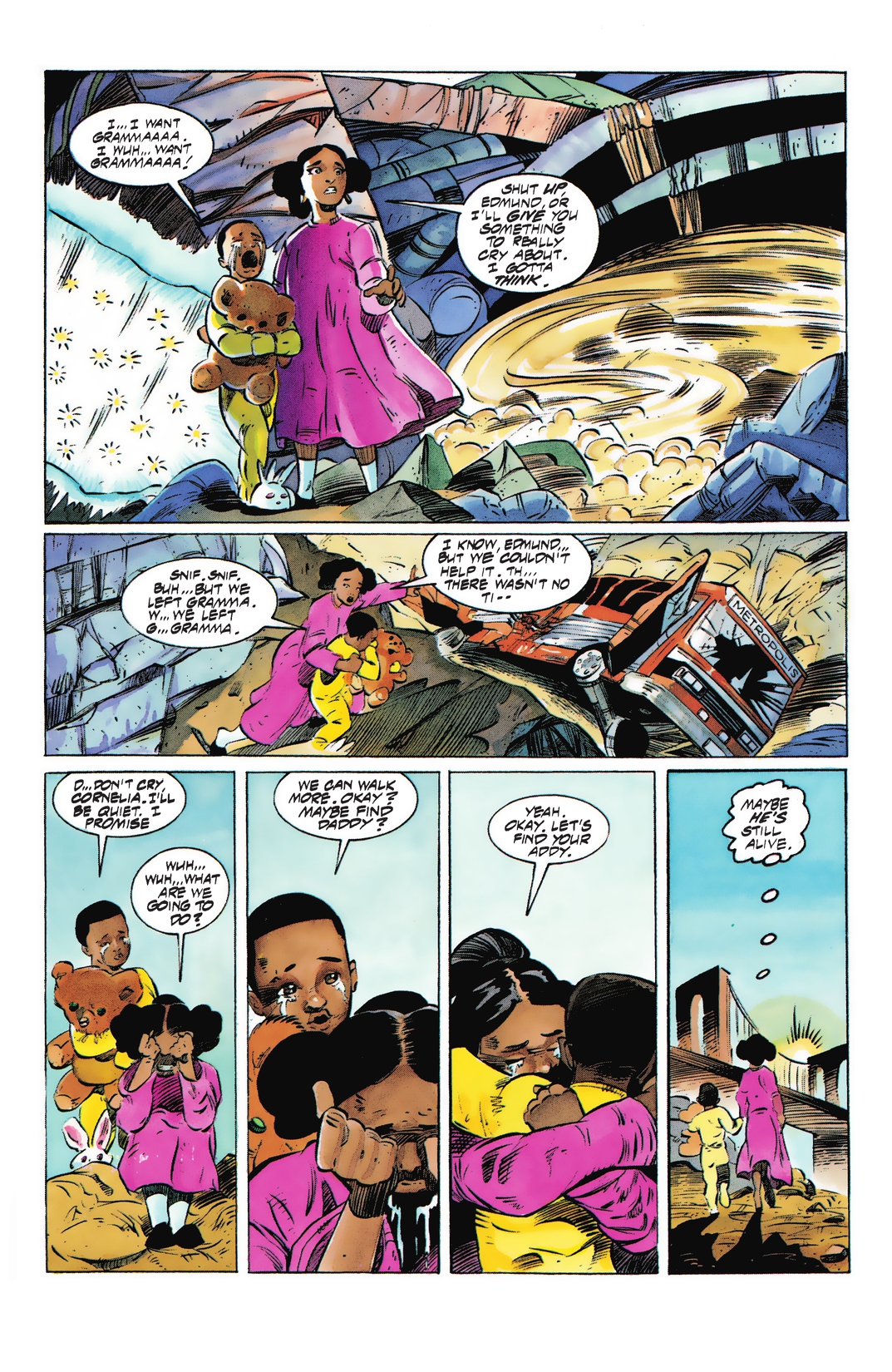 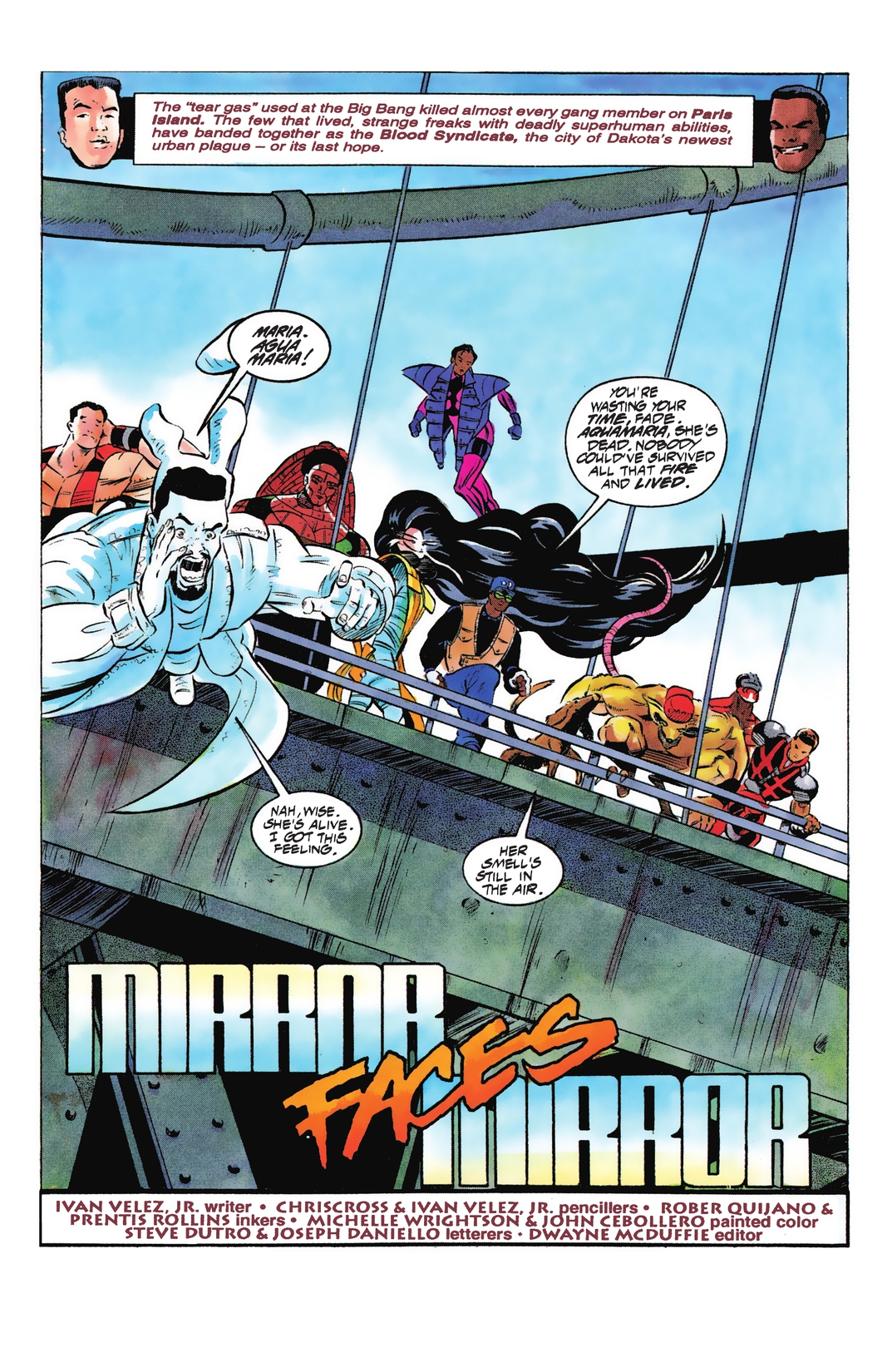 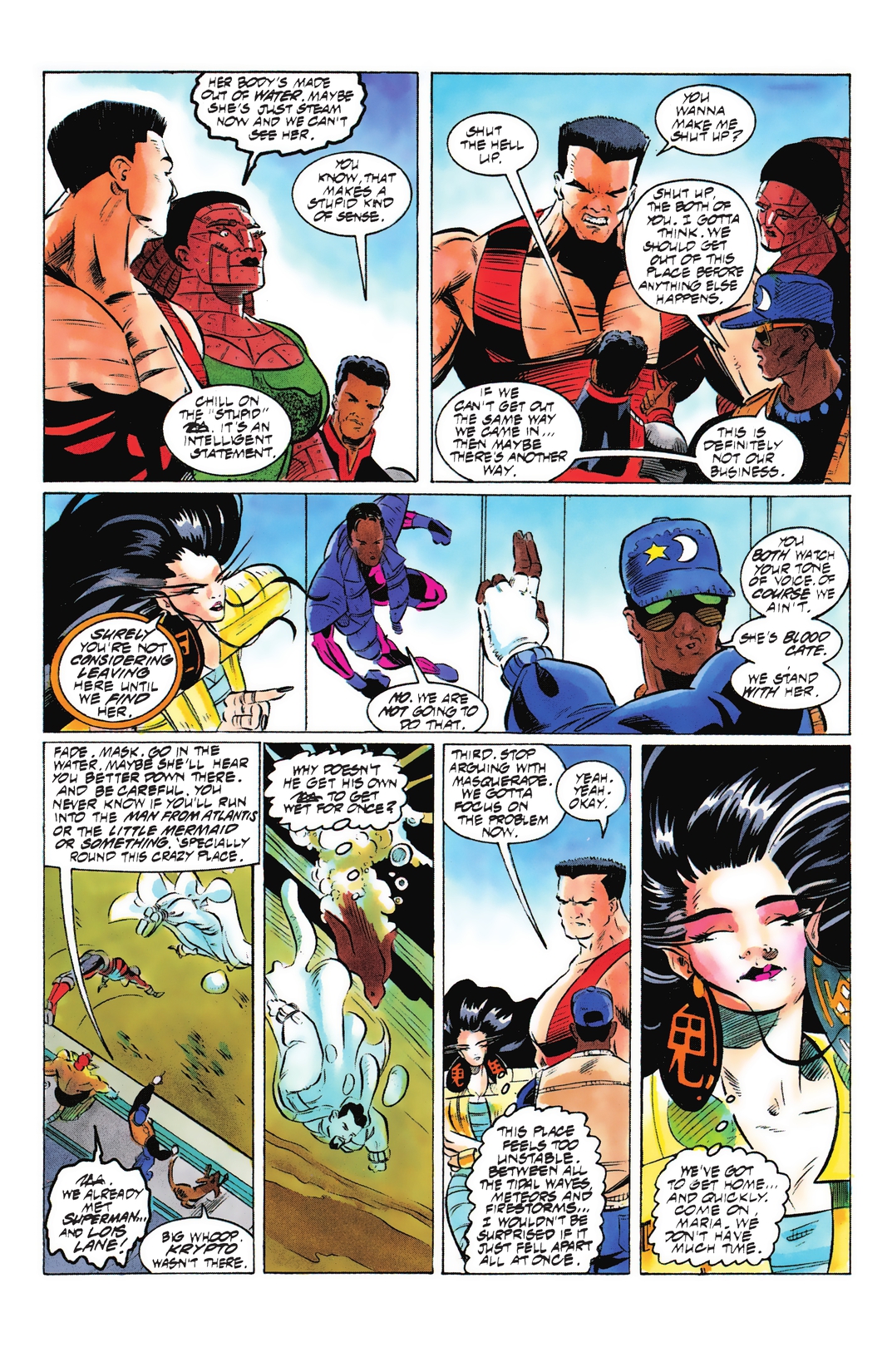 Part 13 of “Worlds Collide,” the 14-part DC/Milestone crossover event, continued from Steel #7: Rift’s assault on the connected realities continues as the heroes and villains of Dakota and Metropolis scramble to build a new weapon. But they quickly realize that their best hope may lie in the survival of only one of the two realities. Concludes in Static #14. Written by Ivan Velez Jr., with art by ChrisCross and Rober Quijano. Cover by ChrisCross.