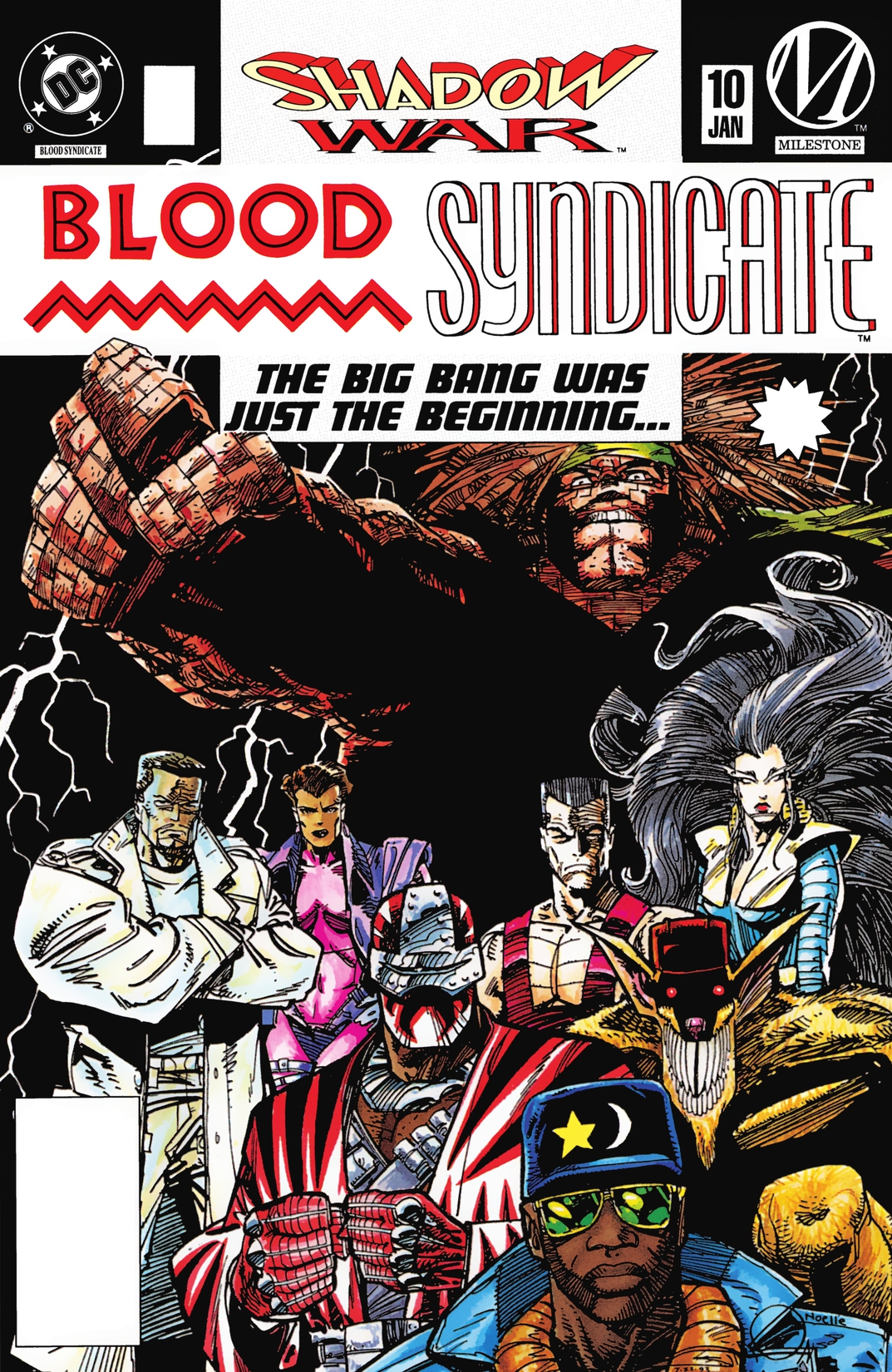 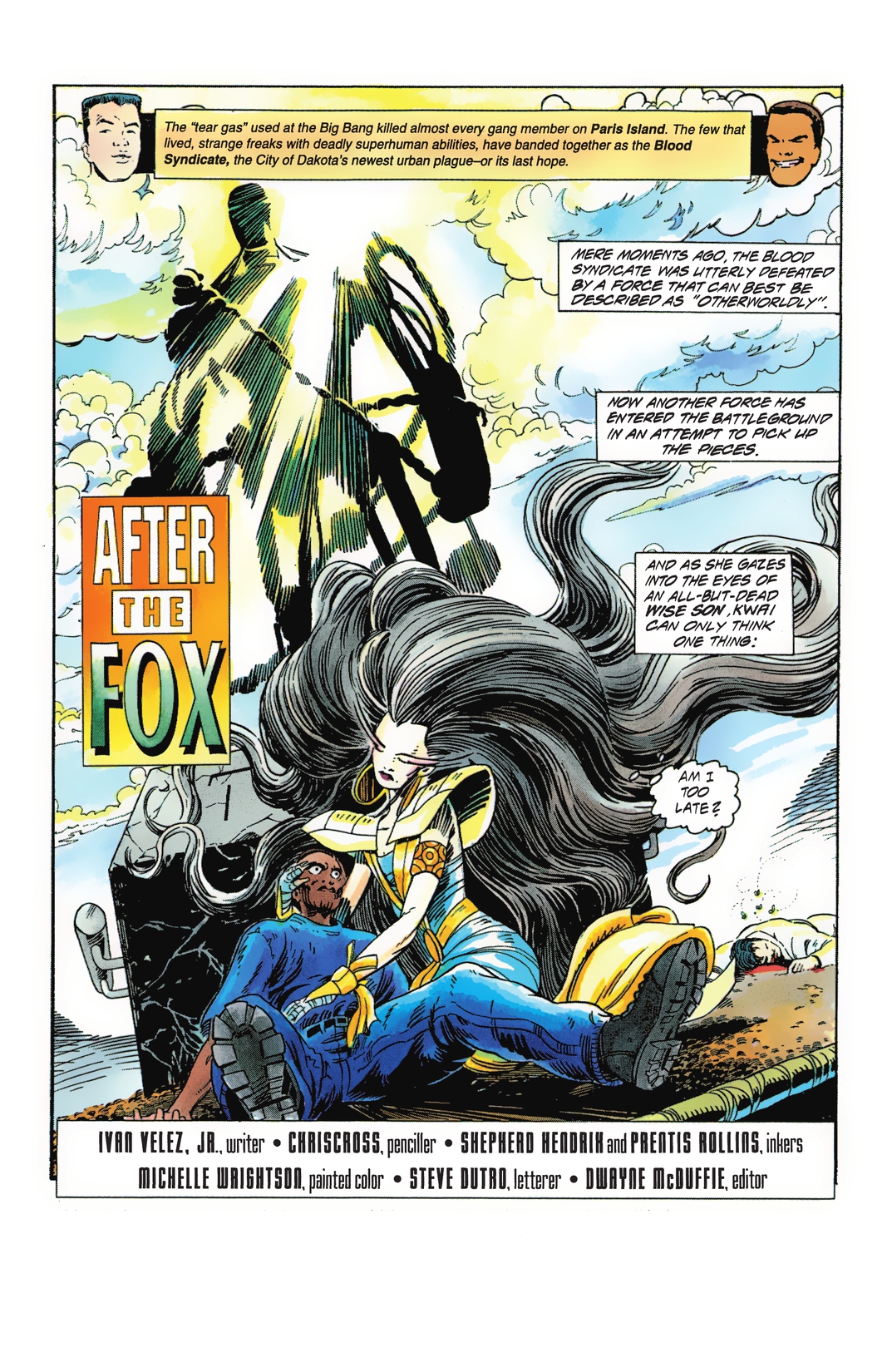 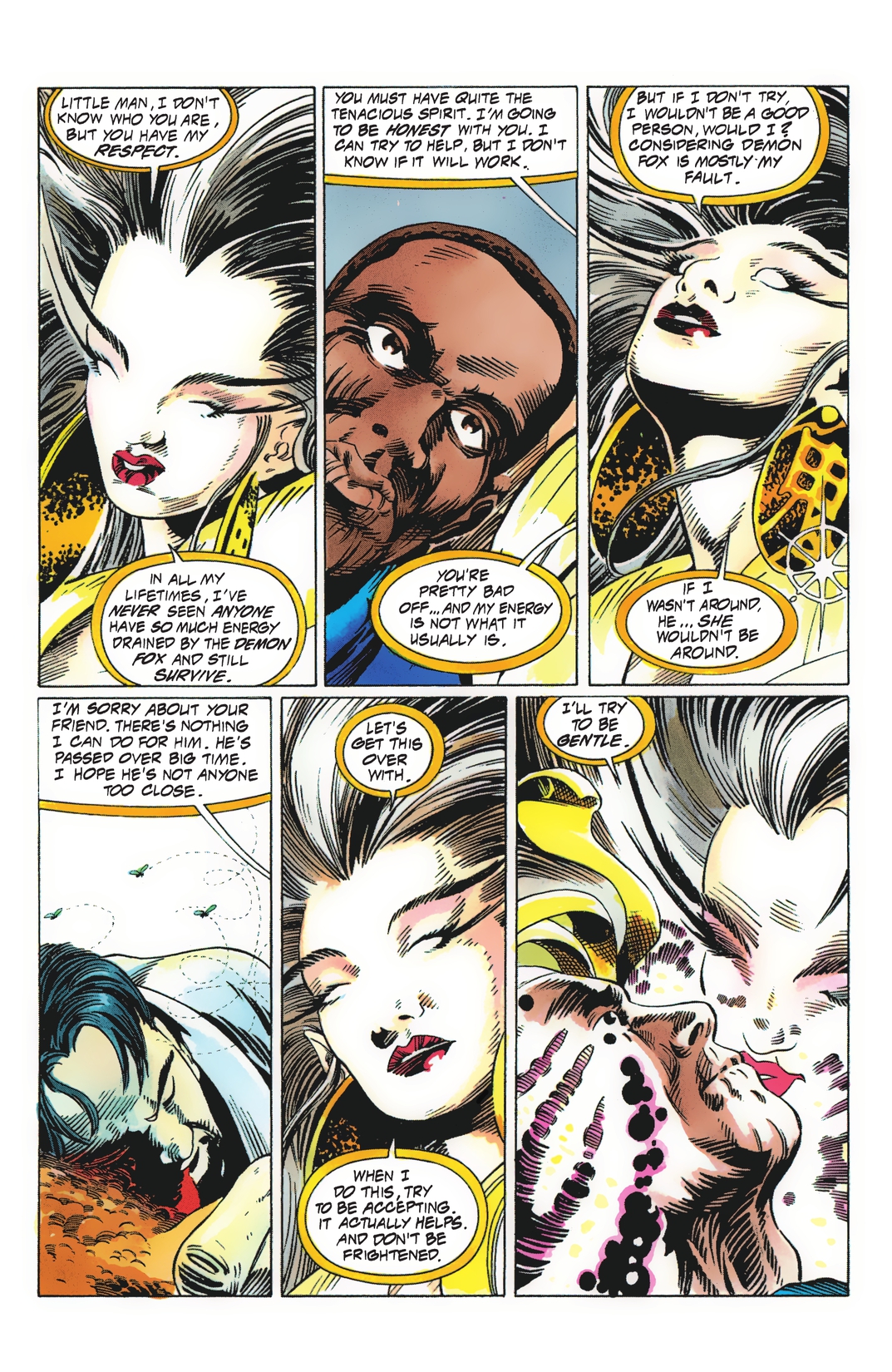 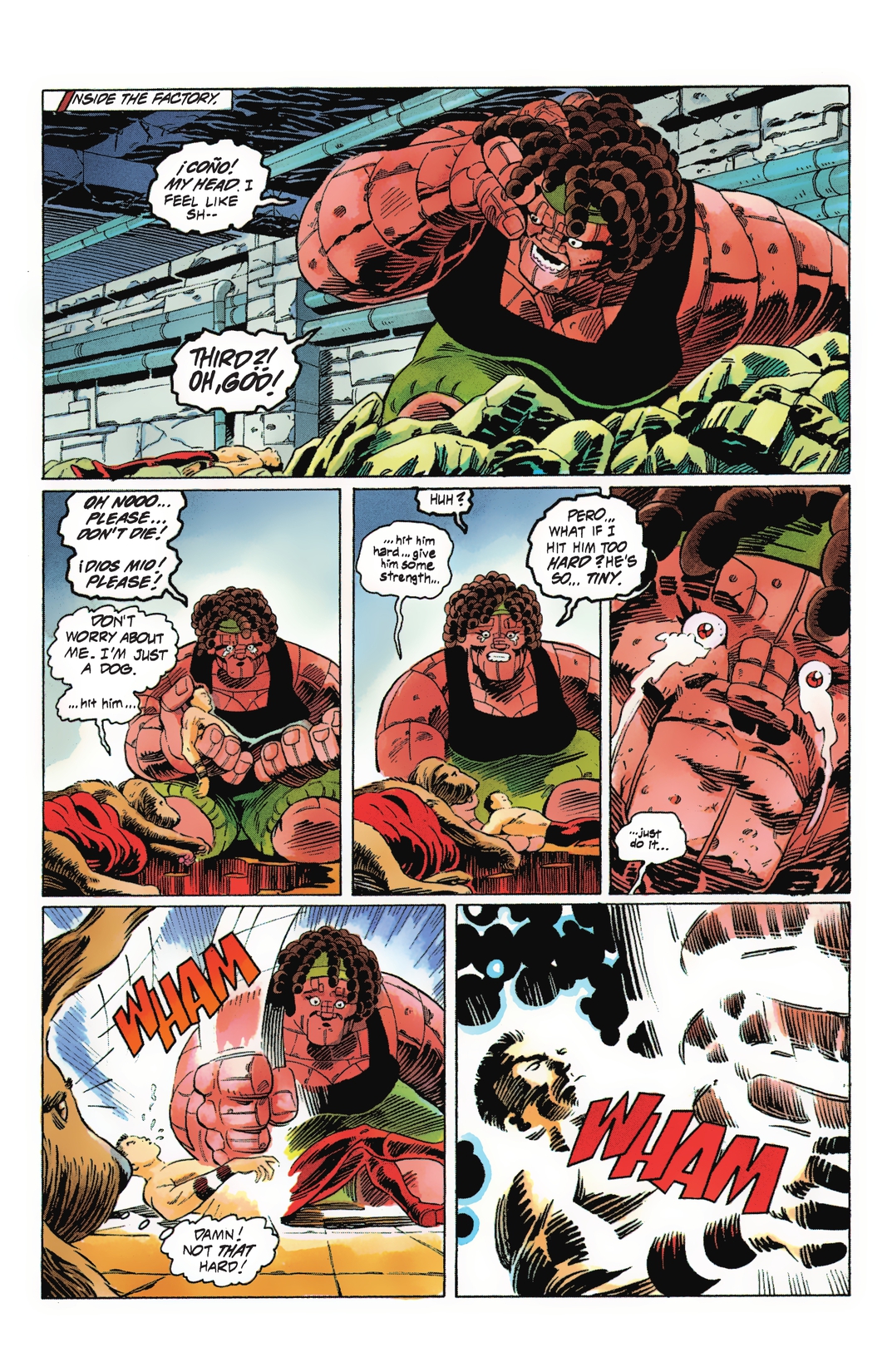 “Shadow War,” Milestone’s first crossover event, continues from Icon #9. In the aftermath of their battle with the Demon Fox, a depleted Blood Syndicate finds its most personal secrets revealed as Sideshow and Iota of the Shadow Cabinet descend on them. Plus, Brickhouse and Third Rail start something big, and more is revealed about the ancient spirit Kwai. Continued in Static #8.