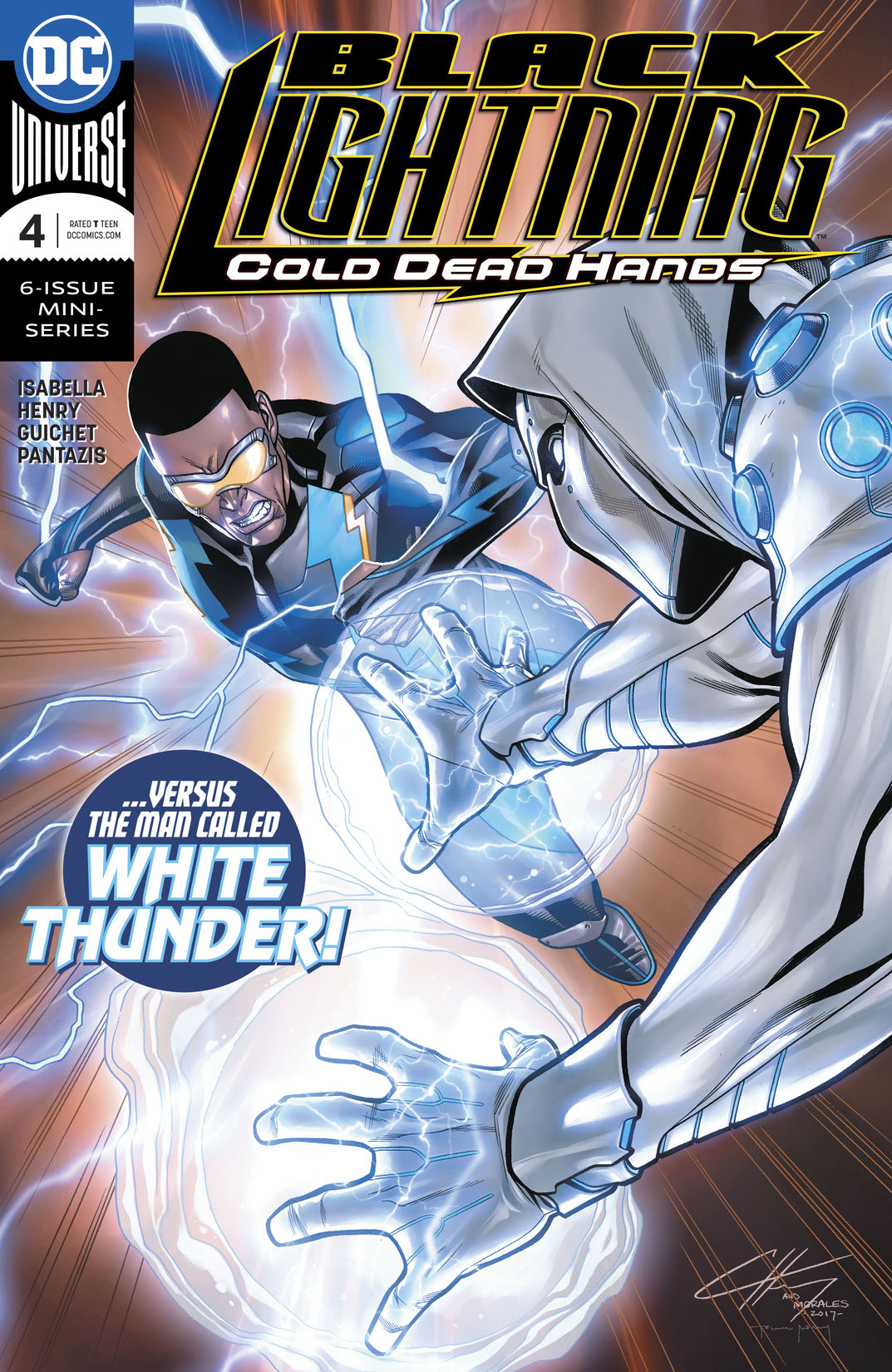 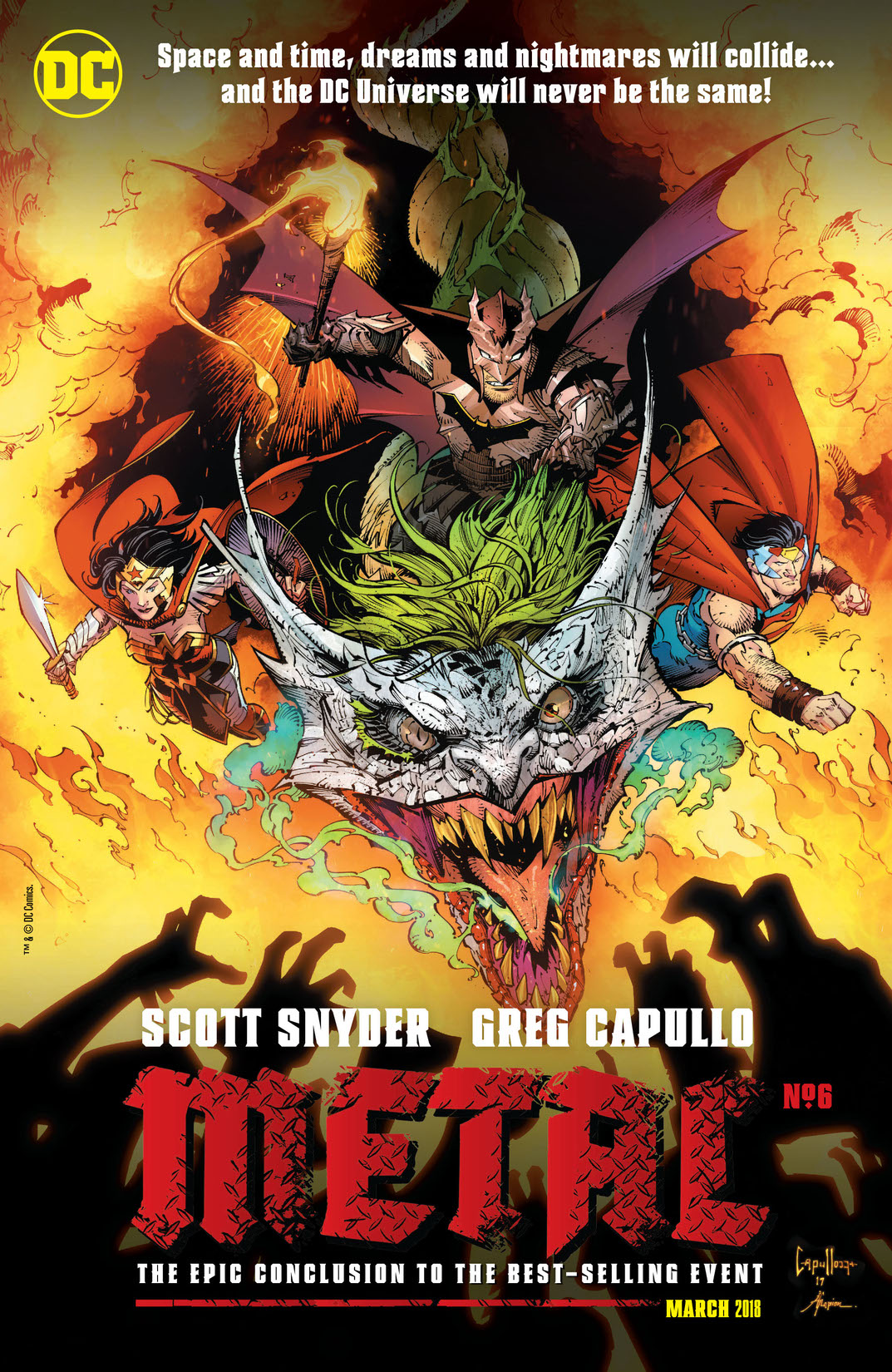 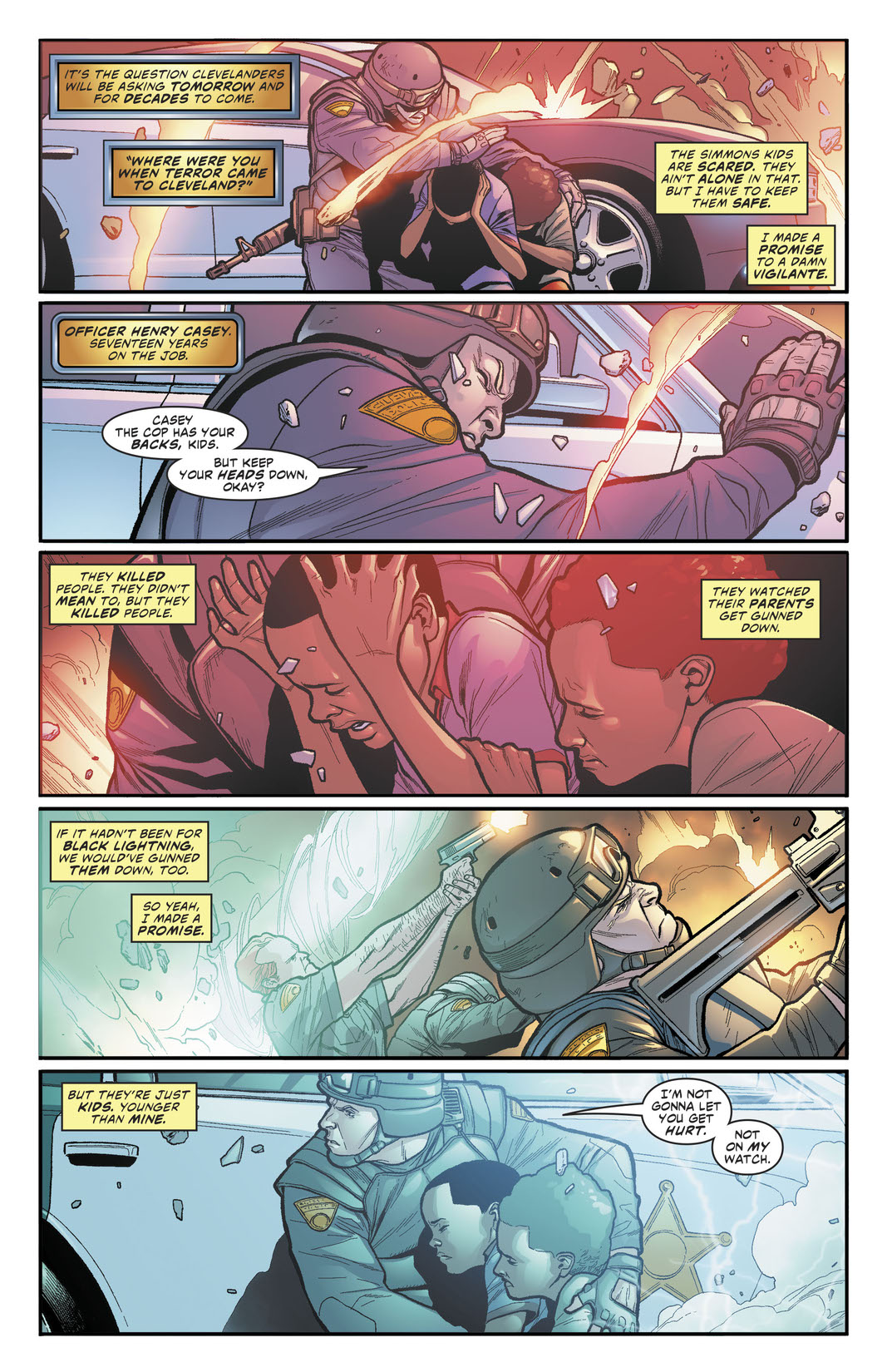 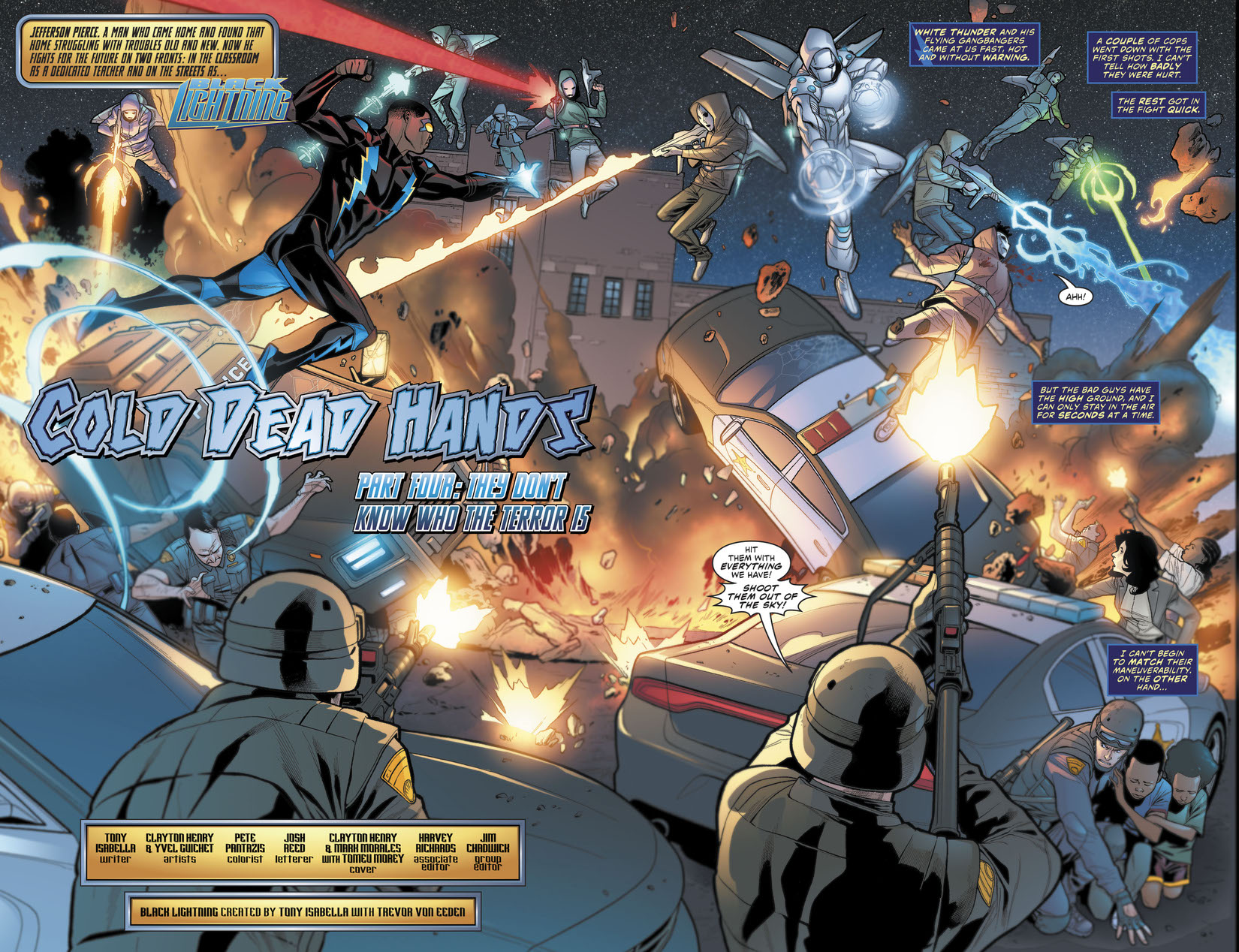 Where were you when terror came to Cleveland? It’s open warfare on the city streets as Black Lightning and the police form an uneasy alliance against White Thunder and his murderous flying killers. Lightning’s troubles with the cops are hardly over, and an angry Tobias Whale plots his next move.