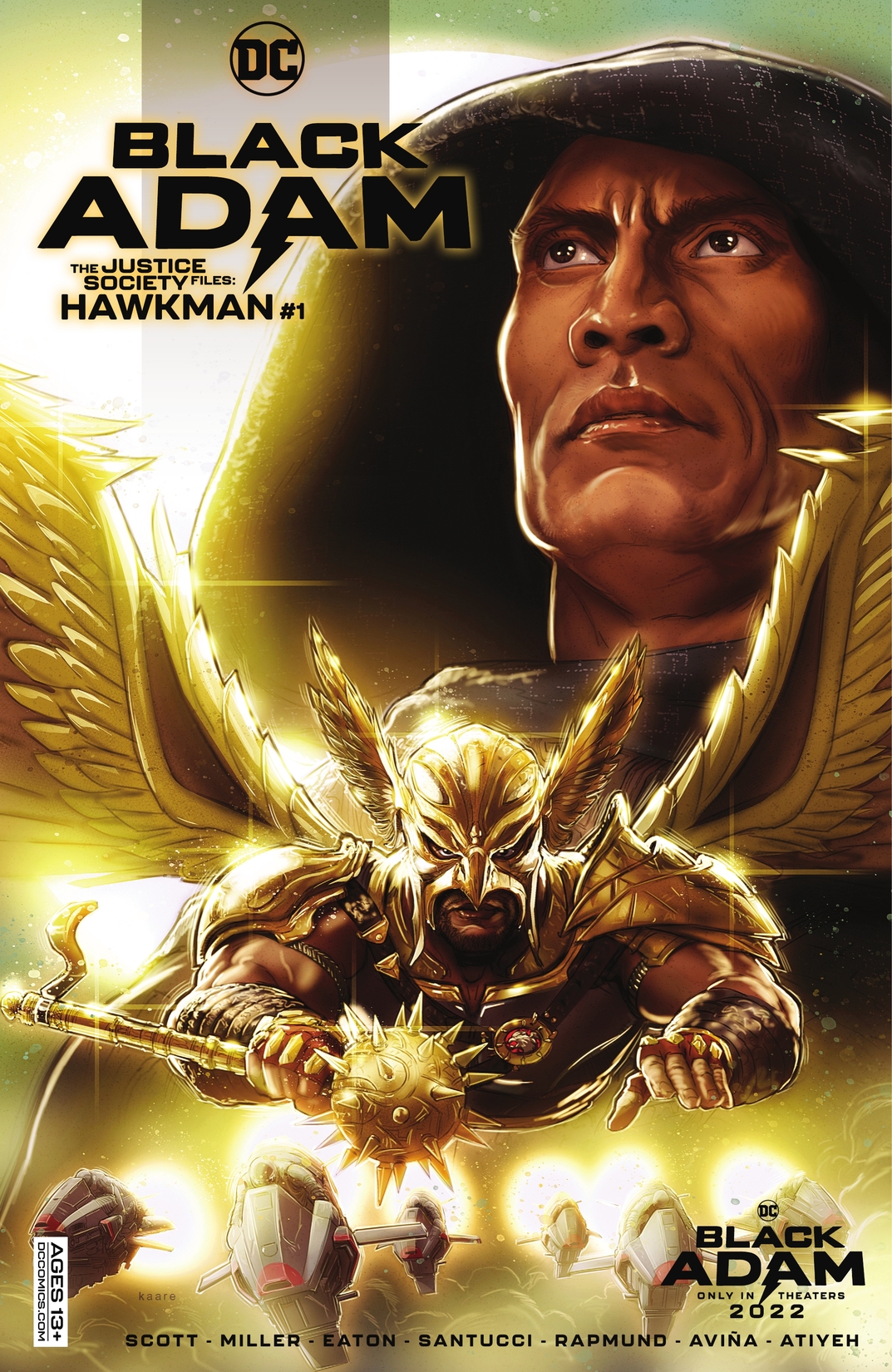 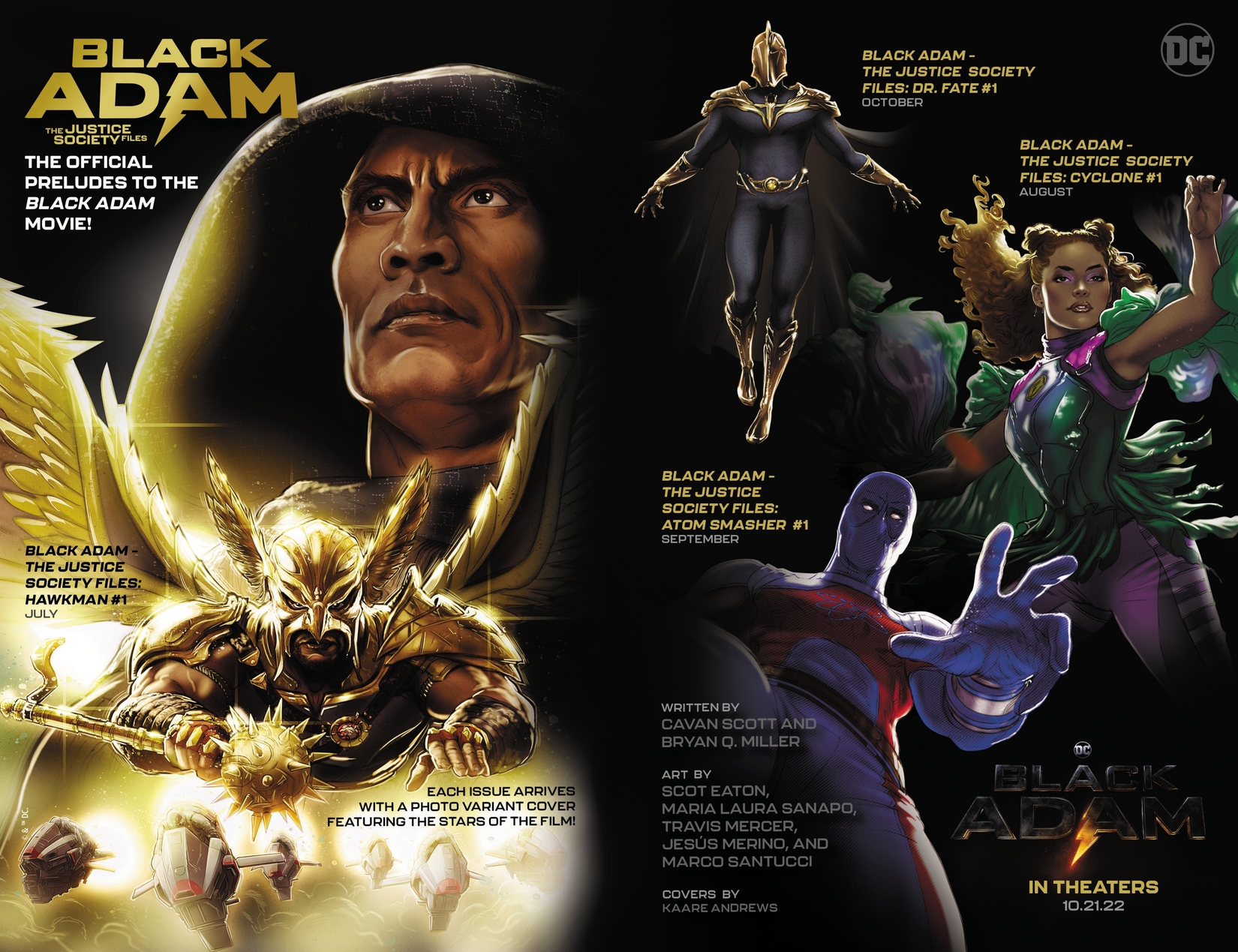 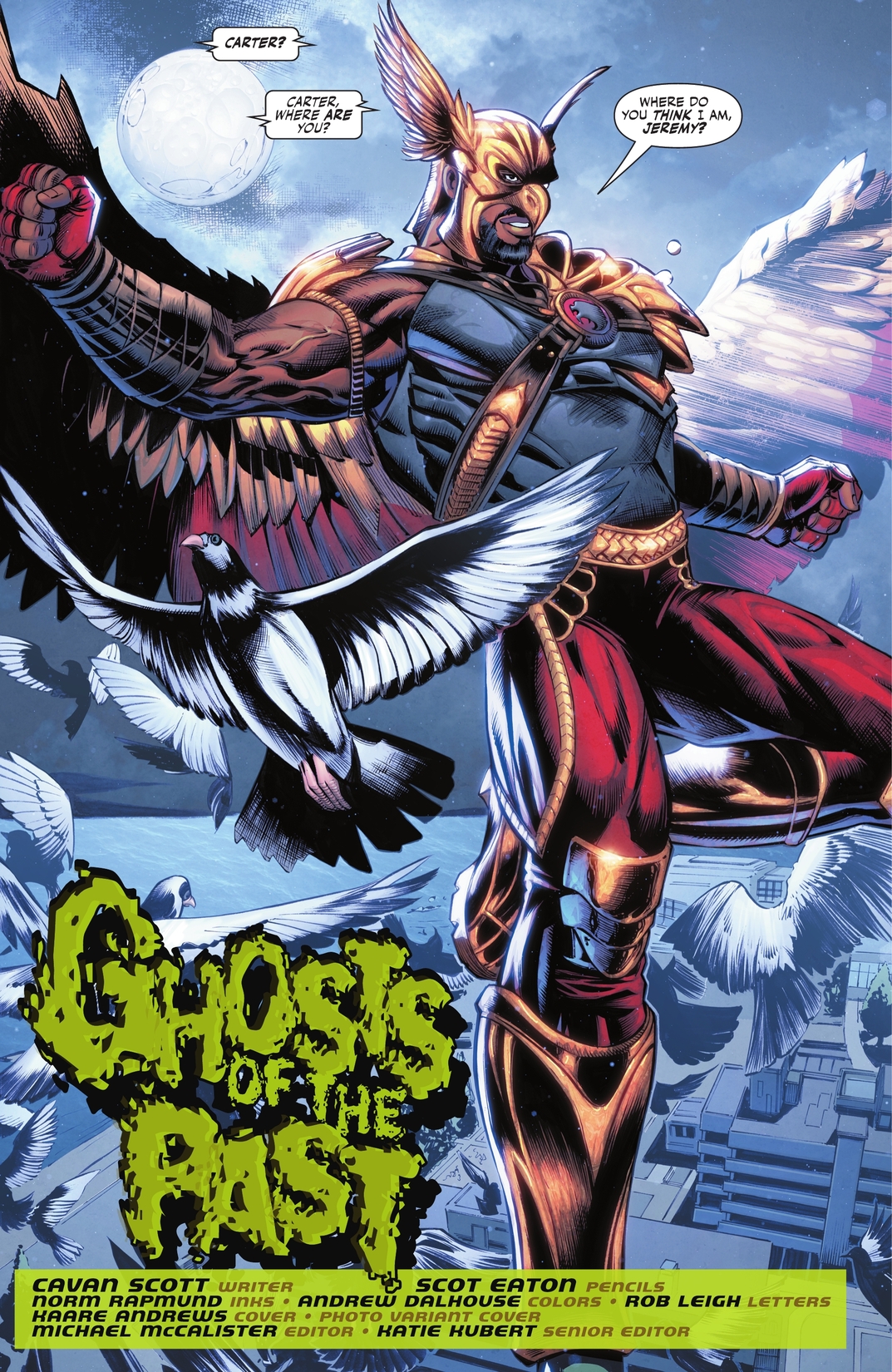 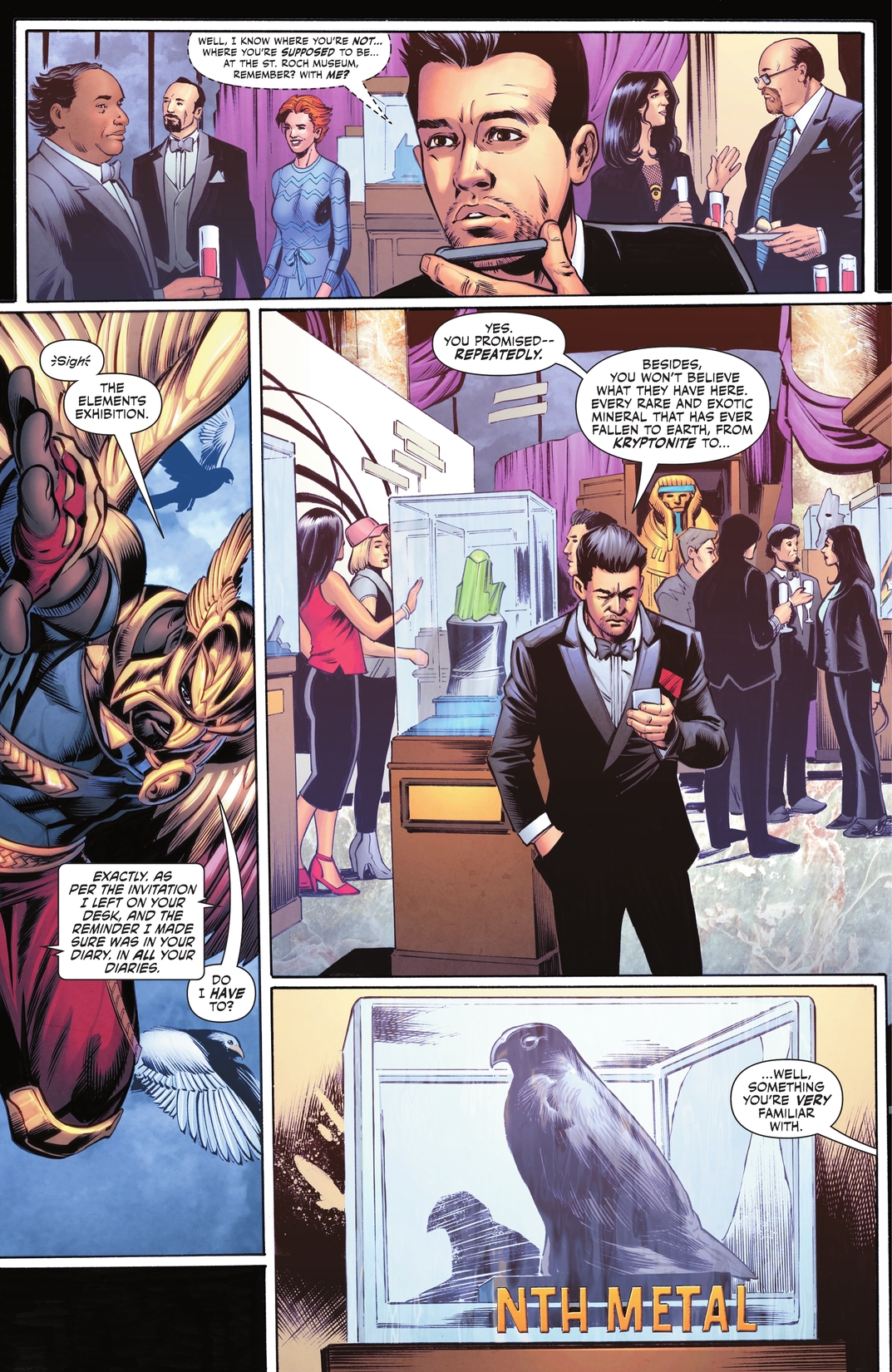 Long ago, Hawkman was the leader of the Justice Society, but what is he now? Still a hero or another relic in a museum? Everything changes when he finds himself haunted by not only the past, but also the vengeful spirit of a wayward thief. Will this Gentleman Ghost be the death of Hawkman or will he deliver a warning from beyond the grave? The road to Black Adam begins here. Also in this issue: As a pivotal moment in the life of Teth-Adam and his son Hurut begins to unfold in ancient Kahndaq, modern-day Kahndaq meets a new hero-antiquities professor by day, “cultural recovery specialist” by night, Adrianna Tomaz. And unfortunately for Adrianna, she’s about to “liberate” a sacred totem from the wrong interested party-Intergang!