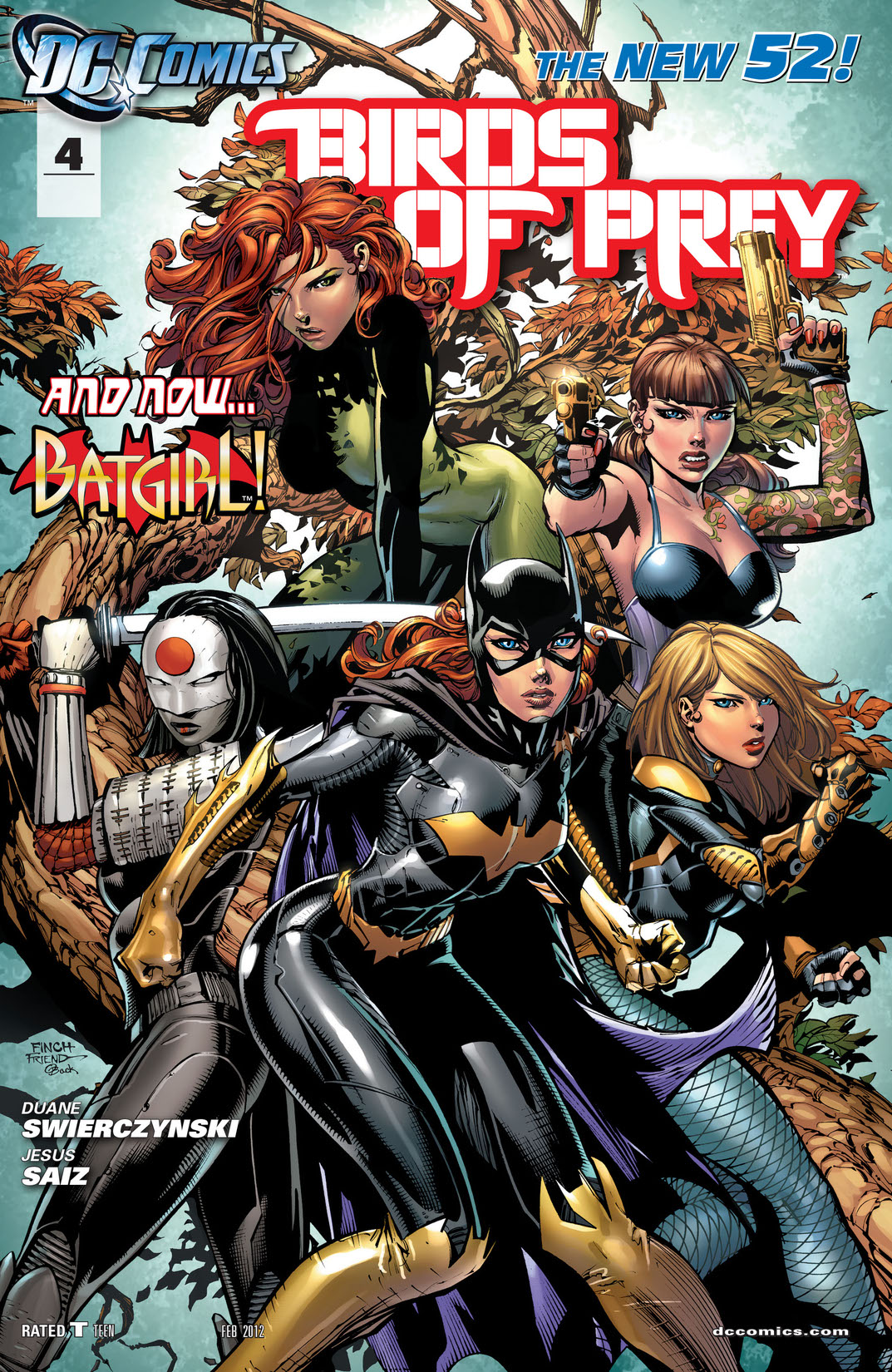 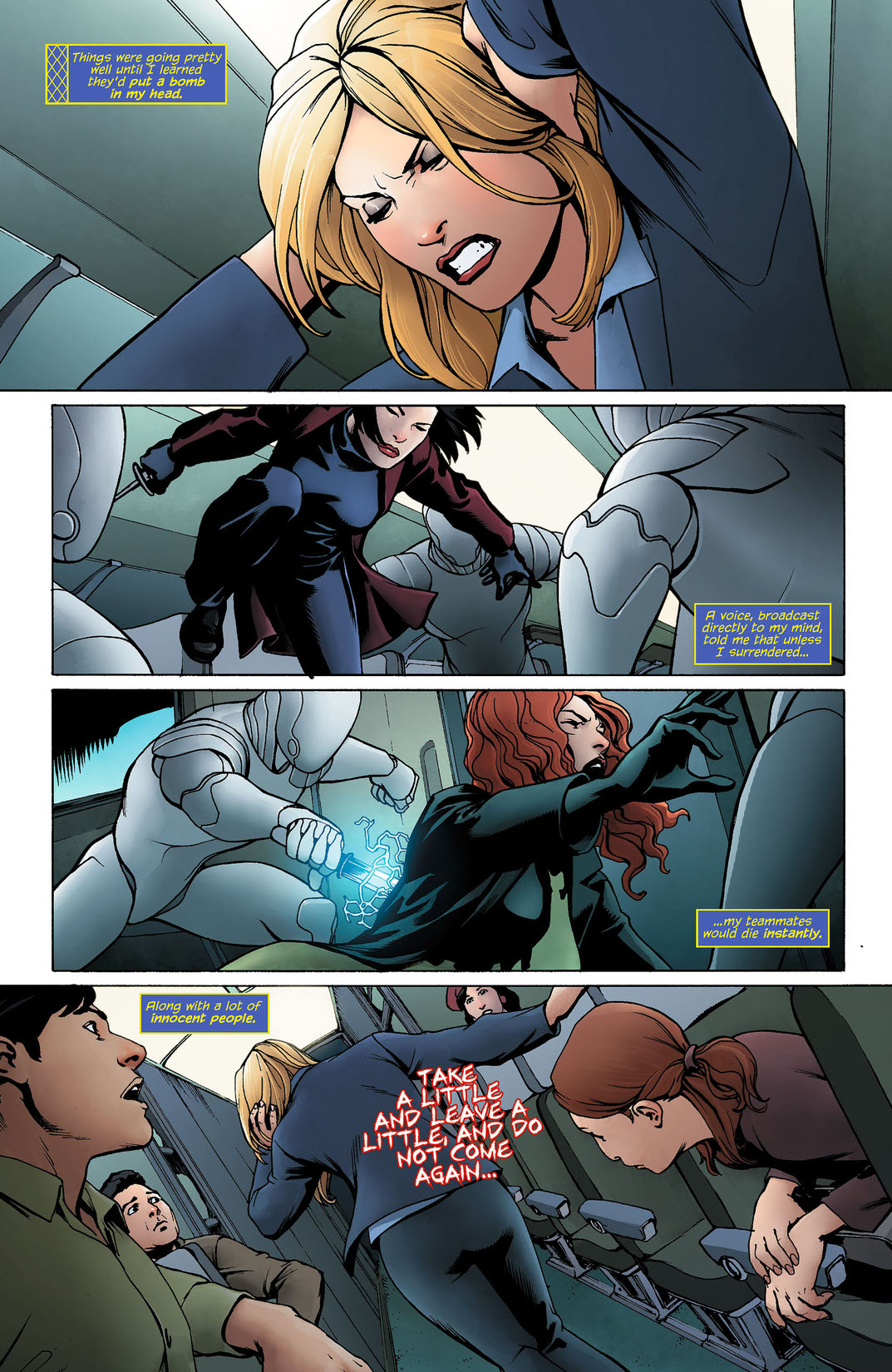 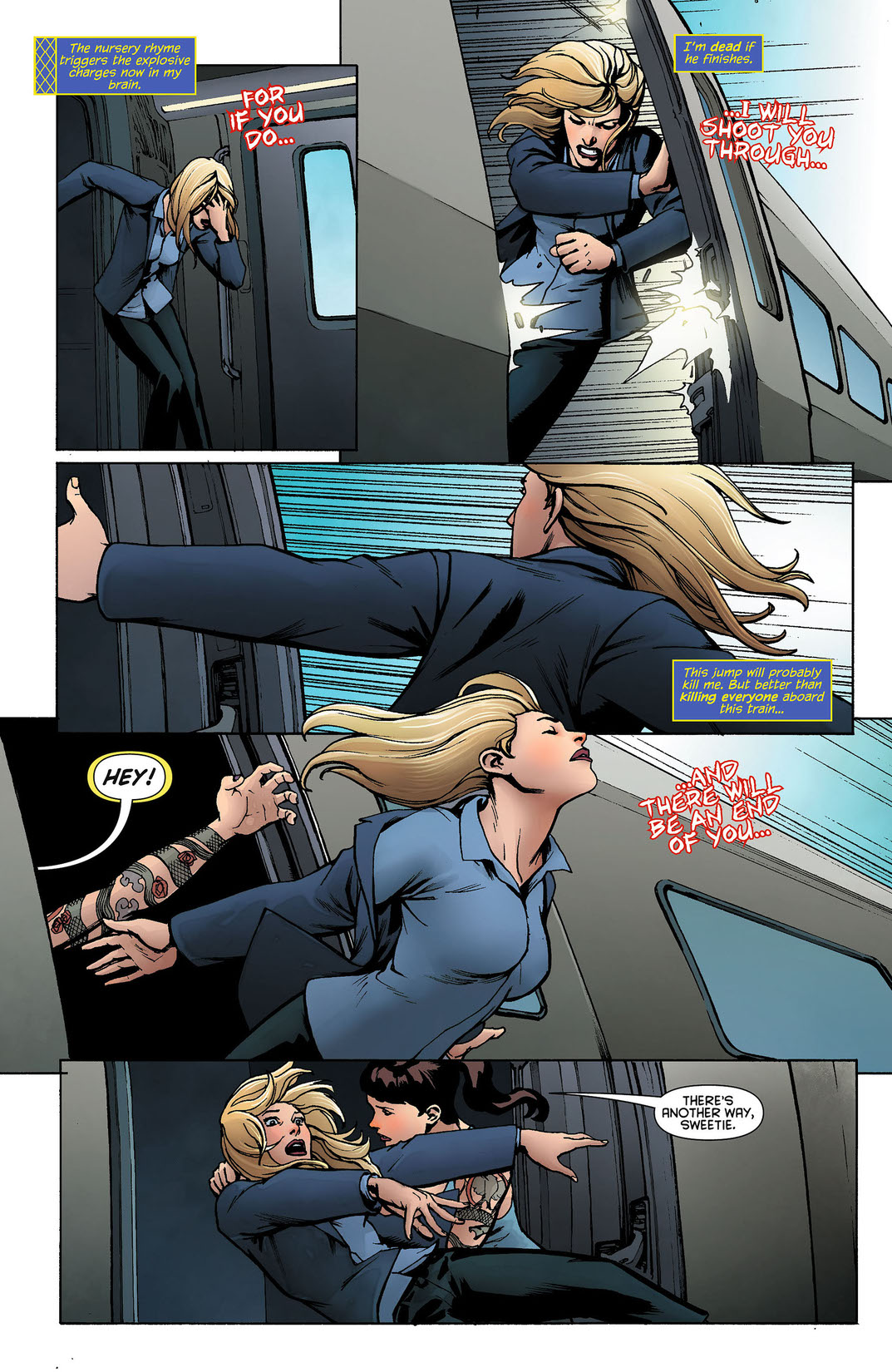 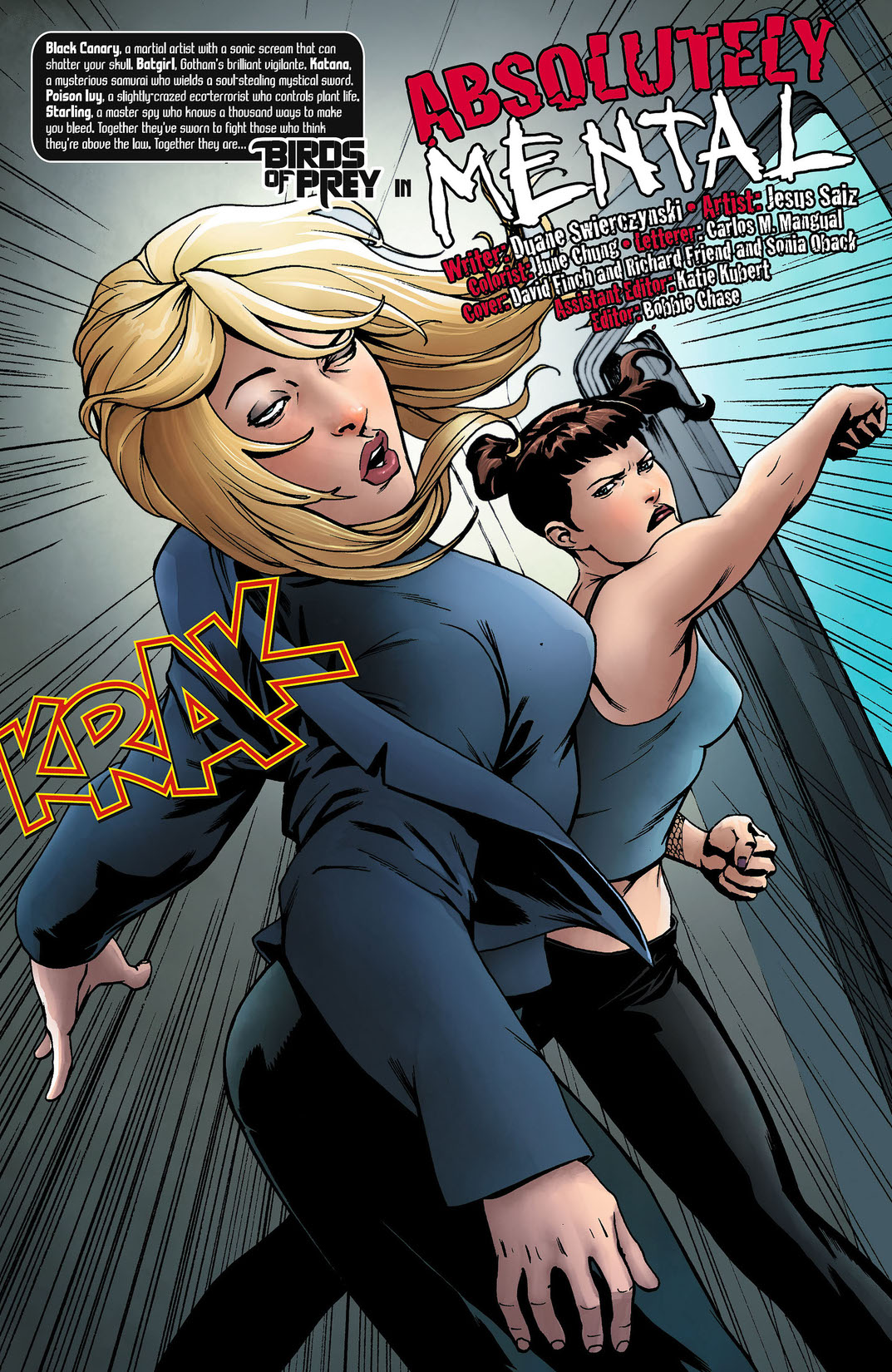 The only thing worse than a bomb on a speeding train is three bombs. Hidden inside the skulls of three different people. All on the same speeding train. And the Birds of Prey know the names of only two of these walking bombs. Don't miss the shocking revelation that will rewrite the rules of the team forever! Guest-starring Batgirl!