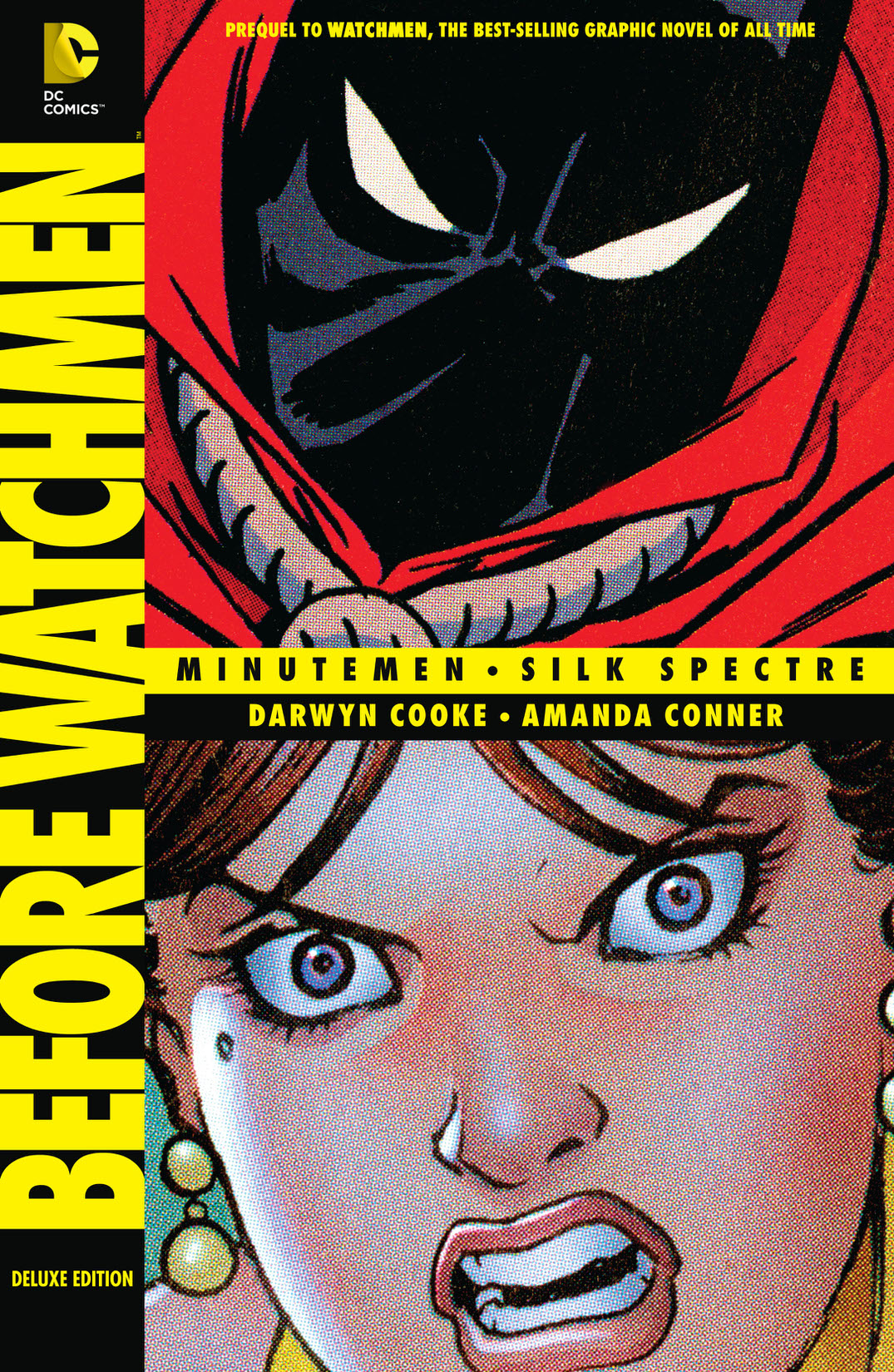 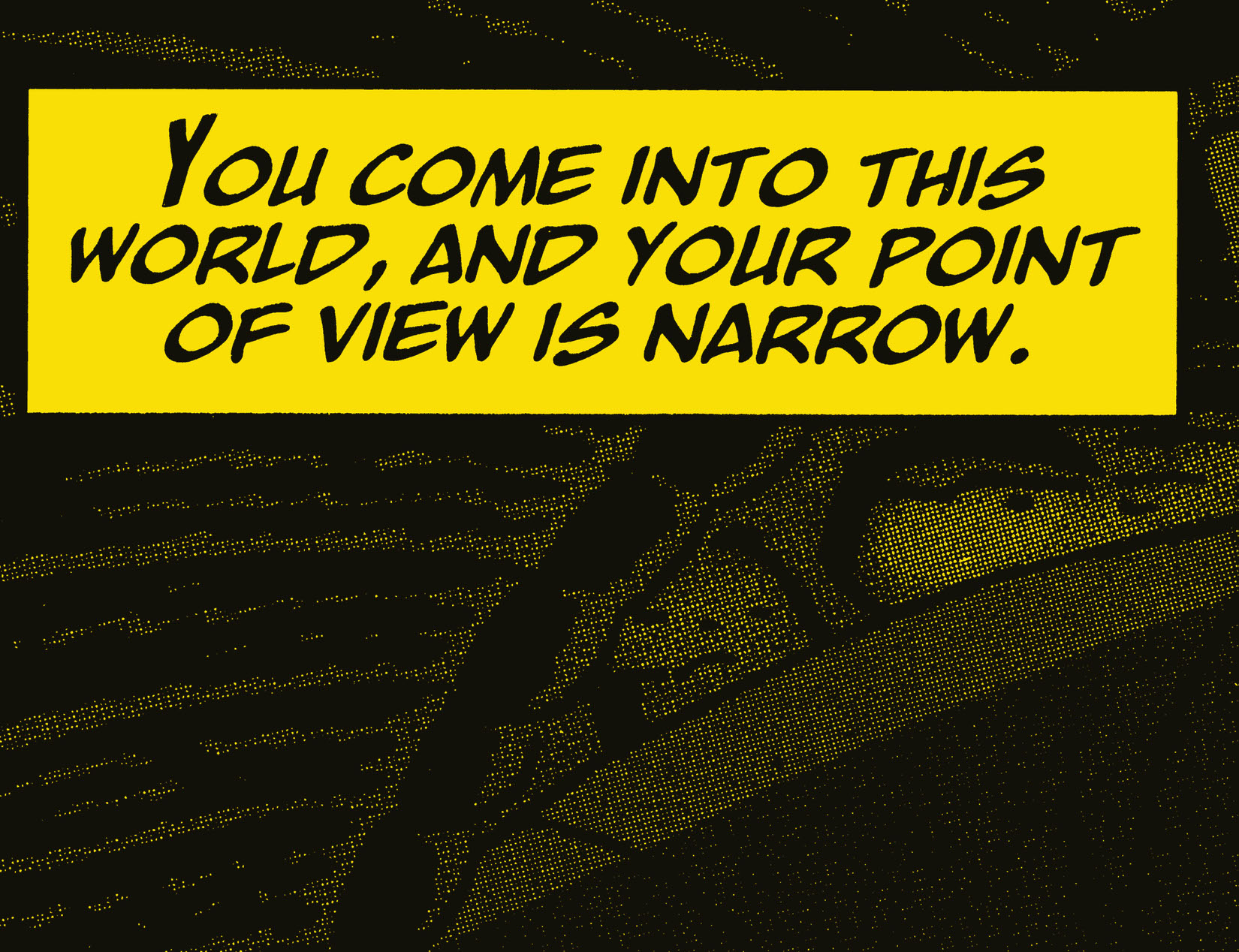 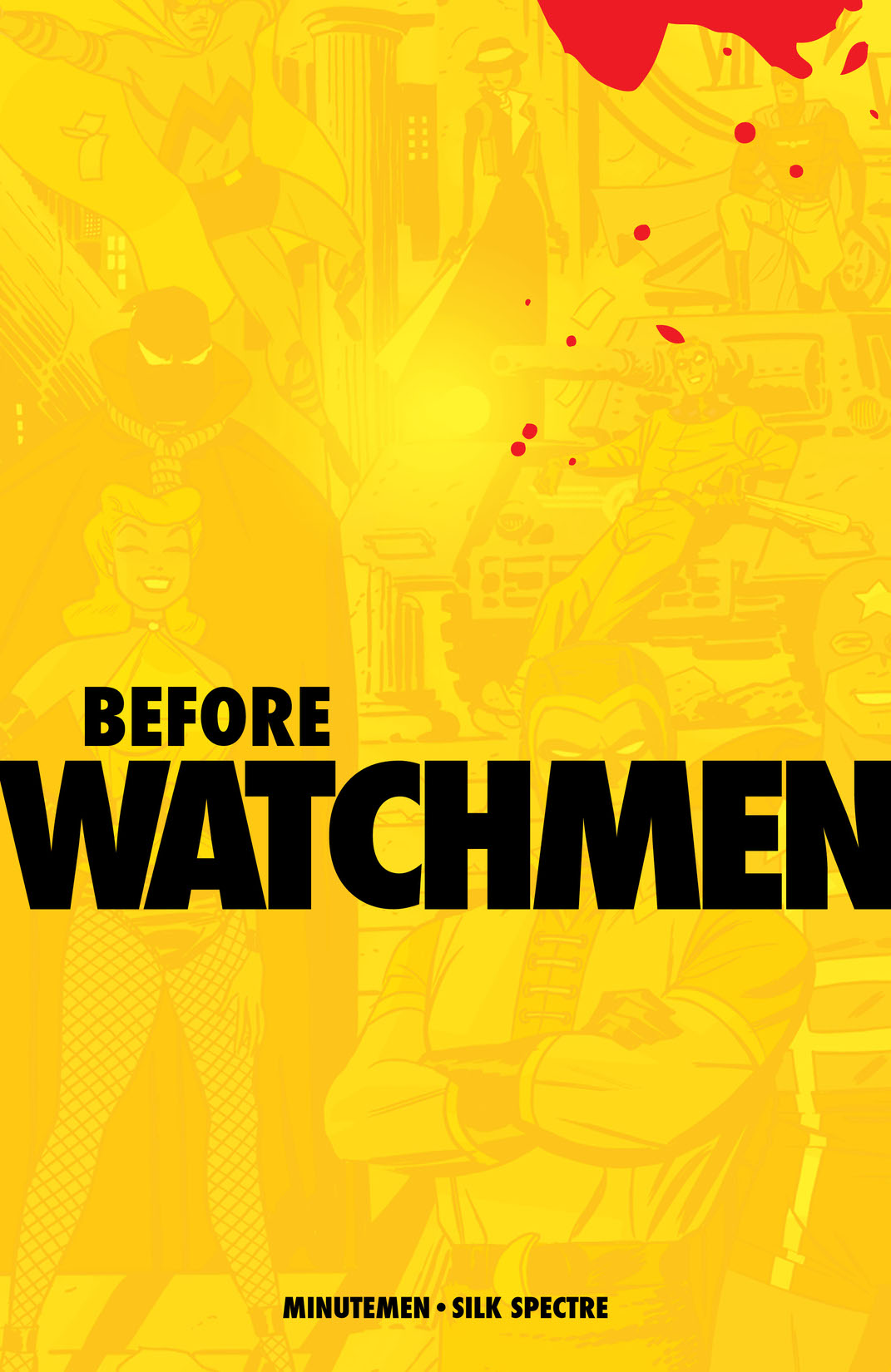 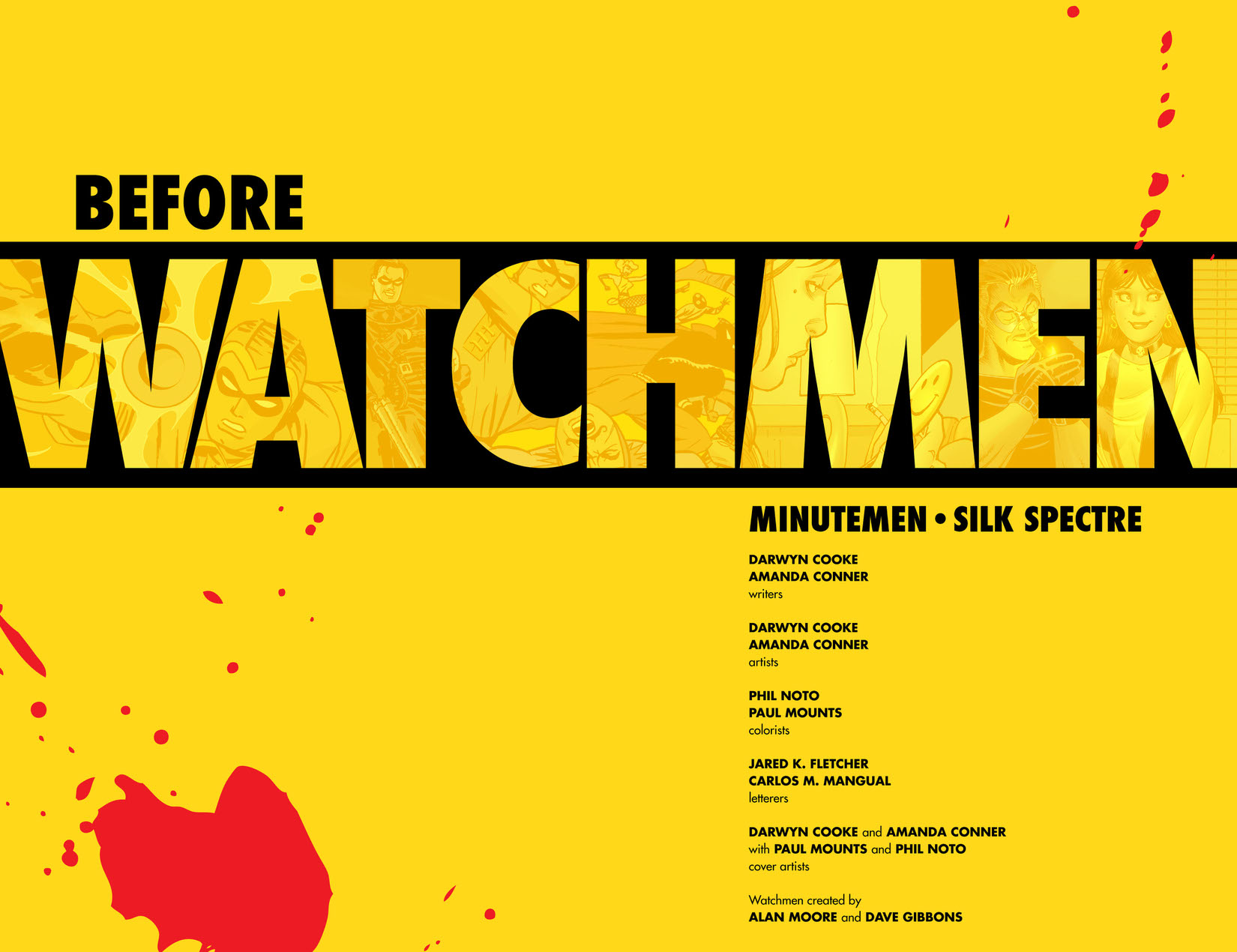 The controversial, long-awaited prequels to the best-selling graphic novel of all time are finally here: BEFORE WATCHMEN! For over twenty years, the backstories of the now-iconic characters from Alan Moore and Dave Gibbons’s landmark graphic novel had been the subject of much debate and theorizing. Now, DC Comics has assembled the greatest creators in the industry to further paint the world of WATCHMEN, starting with this first volume starring MINUTEMEN and SILK SPECTRE. The critically acclaimed and Eisner Award-winning creator of DC: THE NEW FRONTIER Darwyn Cooke lends his talents MINUTEMEN. As the predecessor to the Watchmen, the Minutemen were assembled to fight against a world that had more and more rapidly begun to spin out of control. Can these heroes from completely different backgrounds and with completely different attitudes on crime come together? Or will they fall apart before they begin? SILK SPECTRE takes an introspective look at the WATCHMEN feature-player's struggles with her overbearing superhero mother and her scattered path toward taking the mantle of the Silk Spectre. With gorgeous art by co-writer and illustrator Amanda Conner (POWER GIRL, The Pro), SILK SPECTRE takes a very different perspective at the world of BEFORE WATCHMEN. Collects BEFORE WATCHMEN: MINUTEMEN #1-6 and BEFORE WATCHMEN: SILK SPECTRE #1-4.