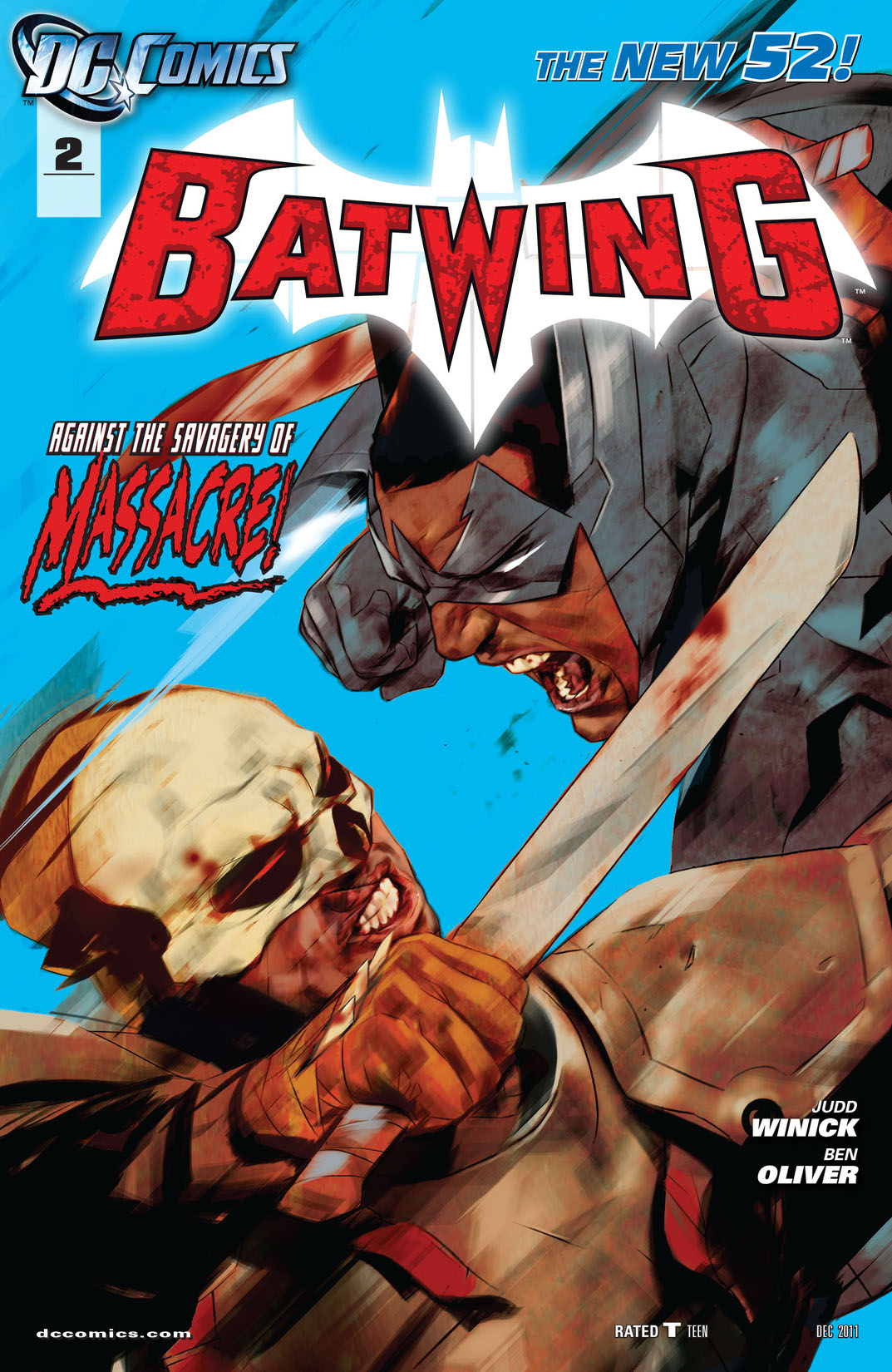 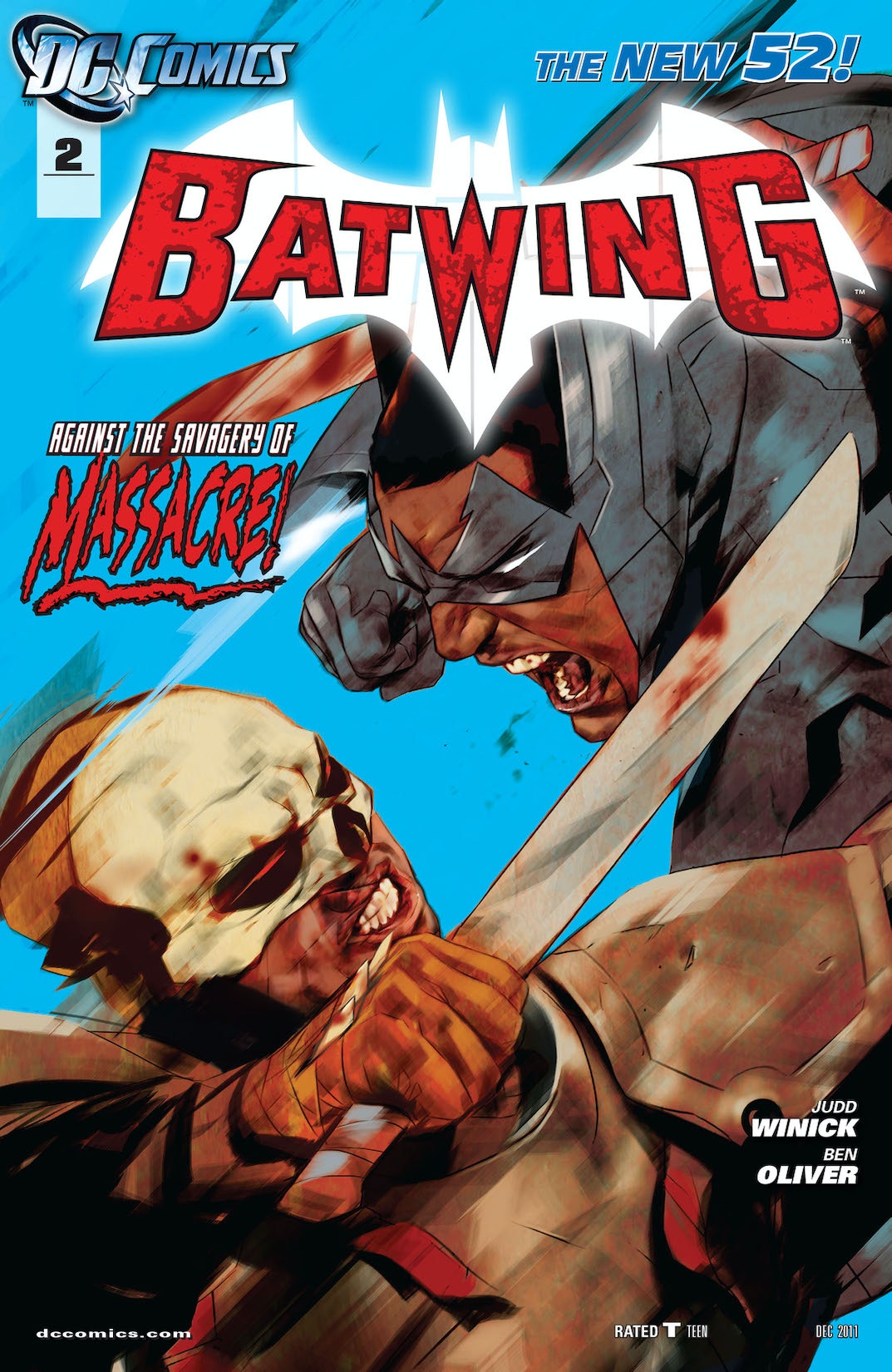 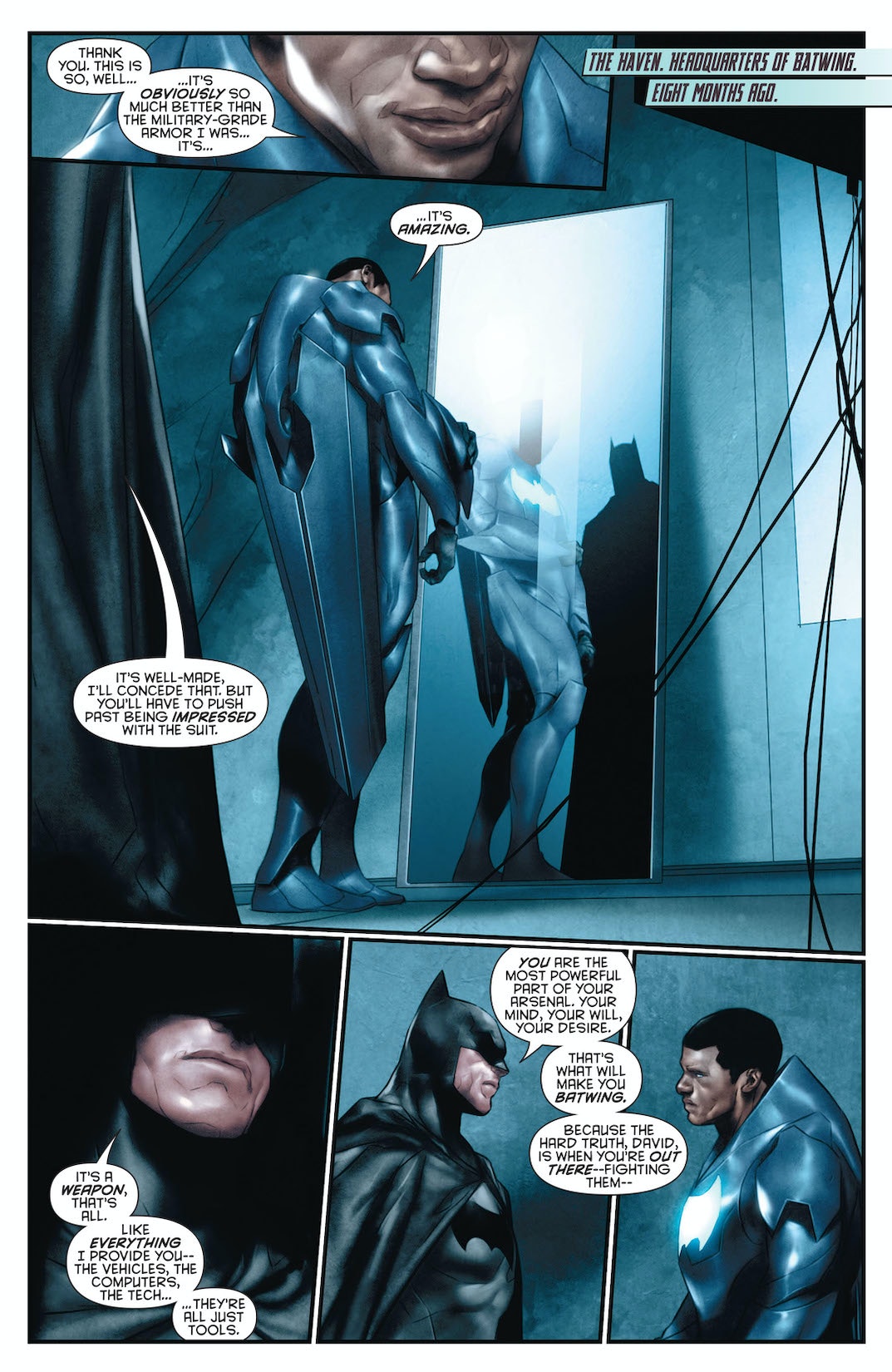 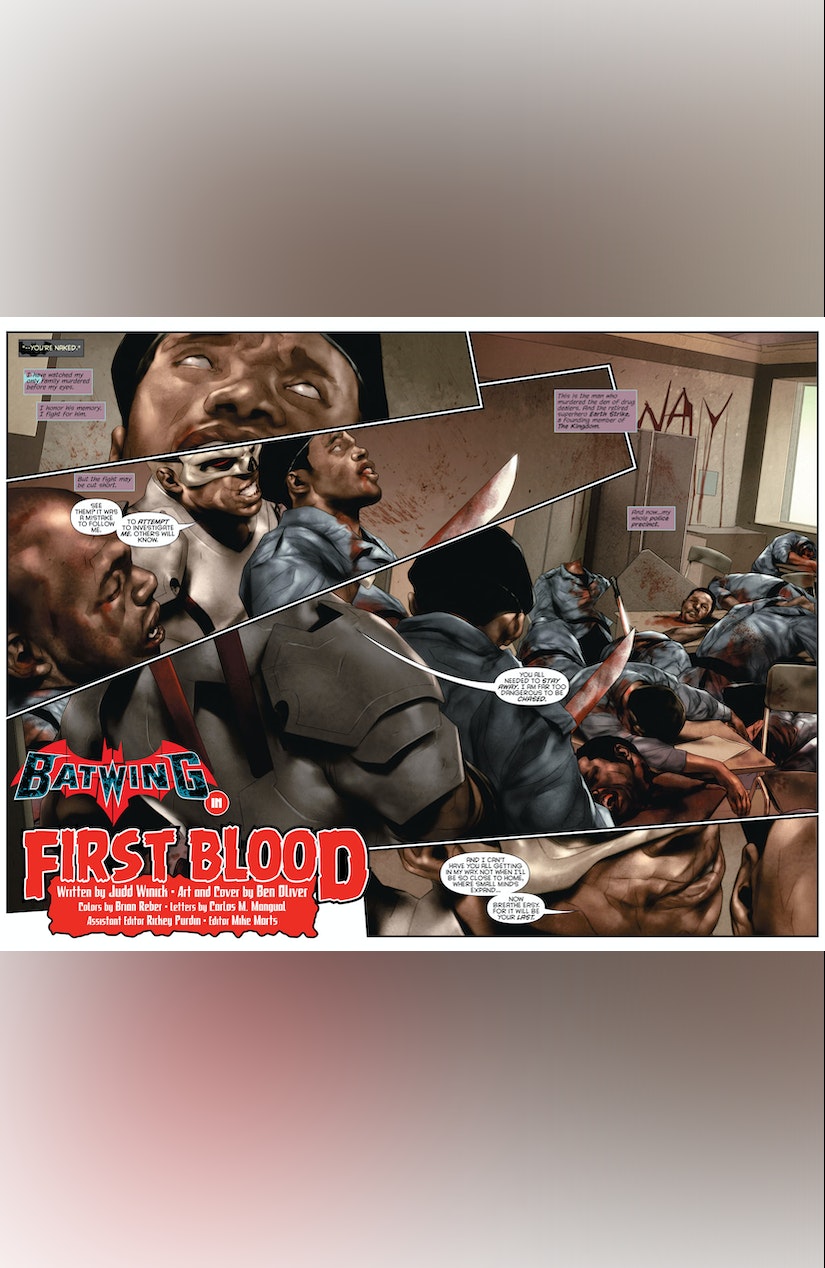 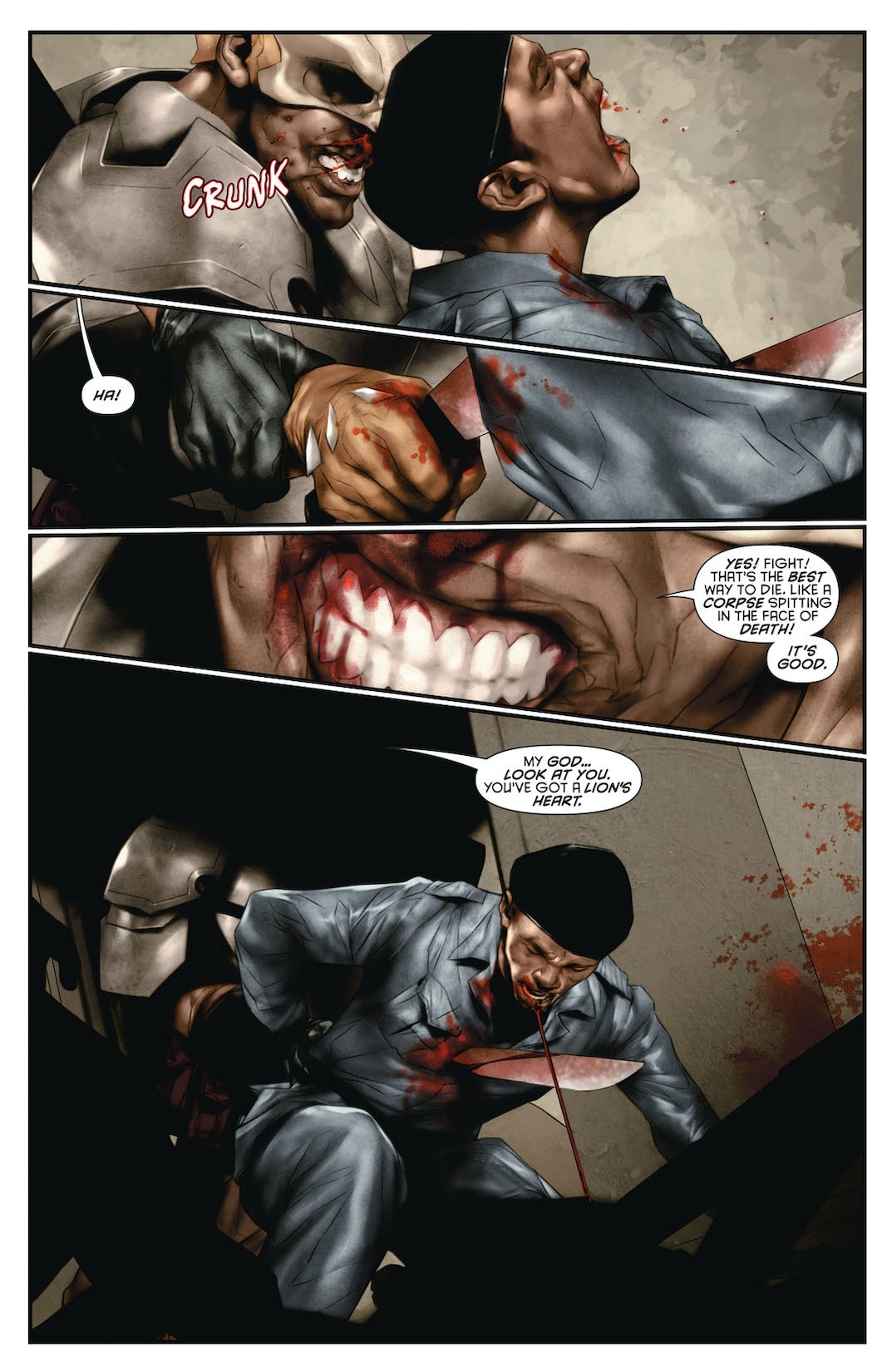 He is called Massacre, and he brings death. What does the soldier in service of Batman Incorporated do when he's met his match? When he's been brought so low and been wounded so badly? What does he do when lost super heroes begin turning up as victims? Batwing fights back!