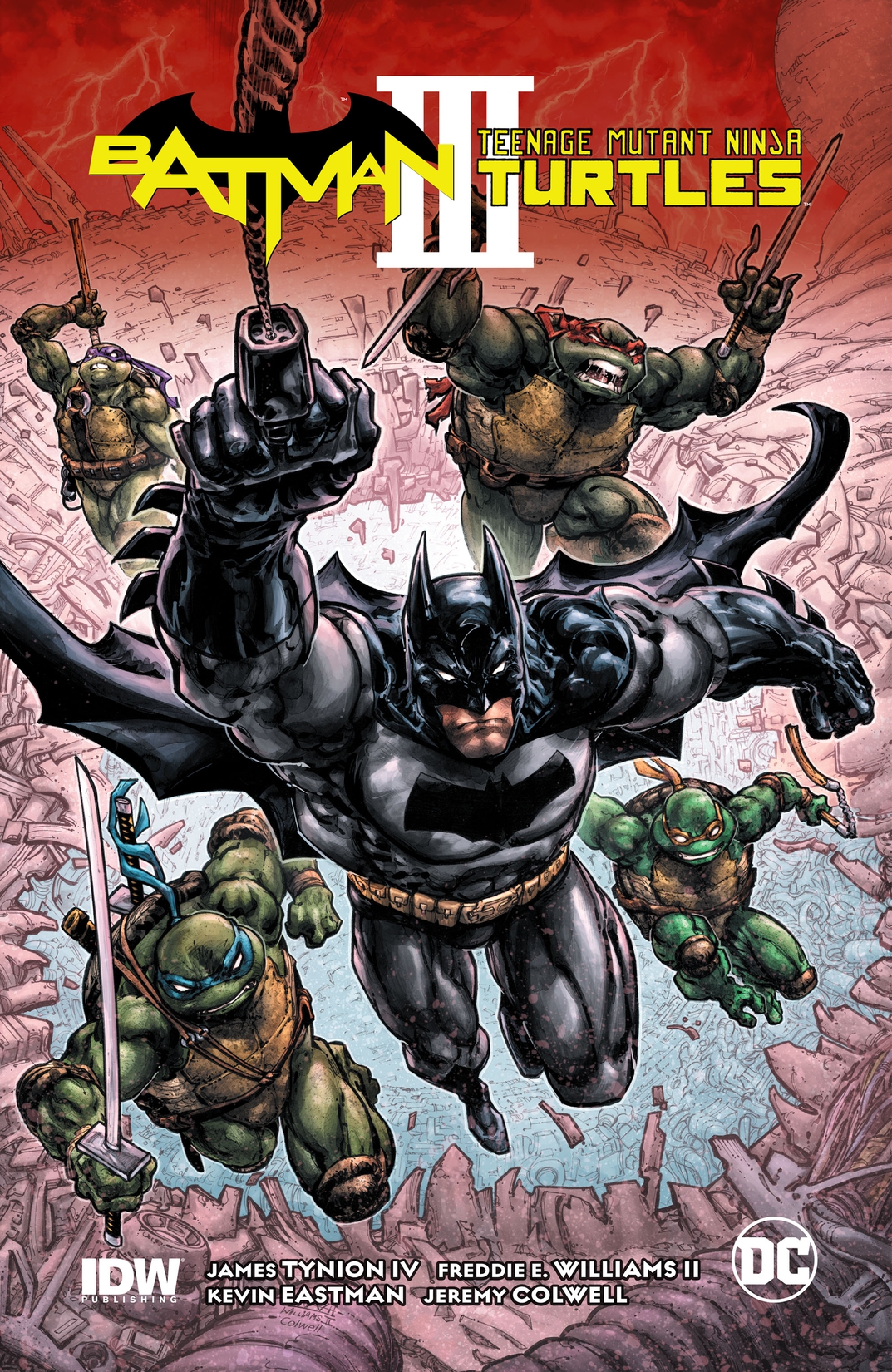 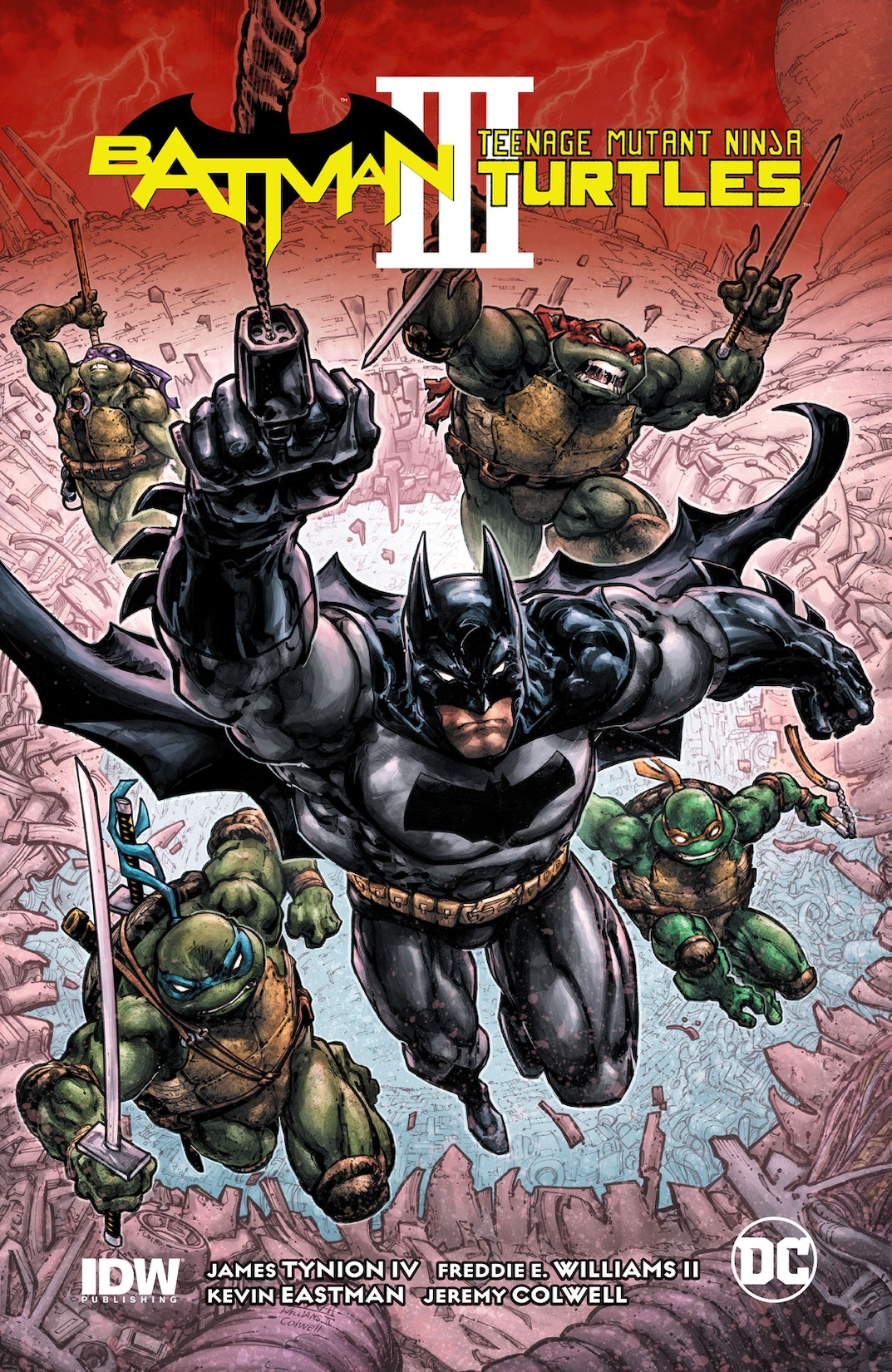 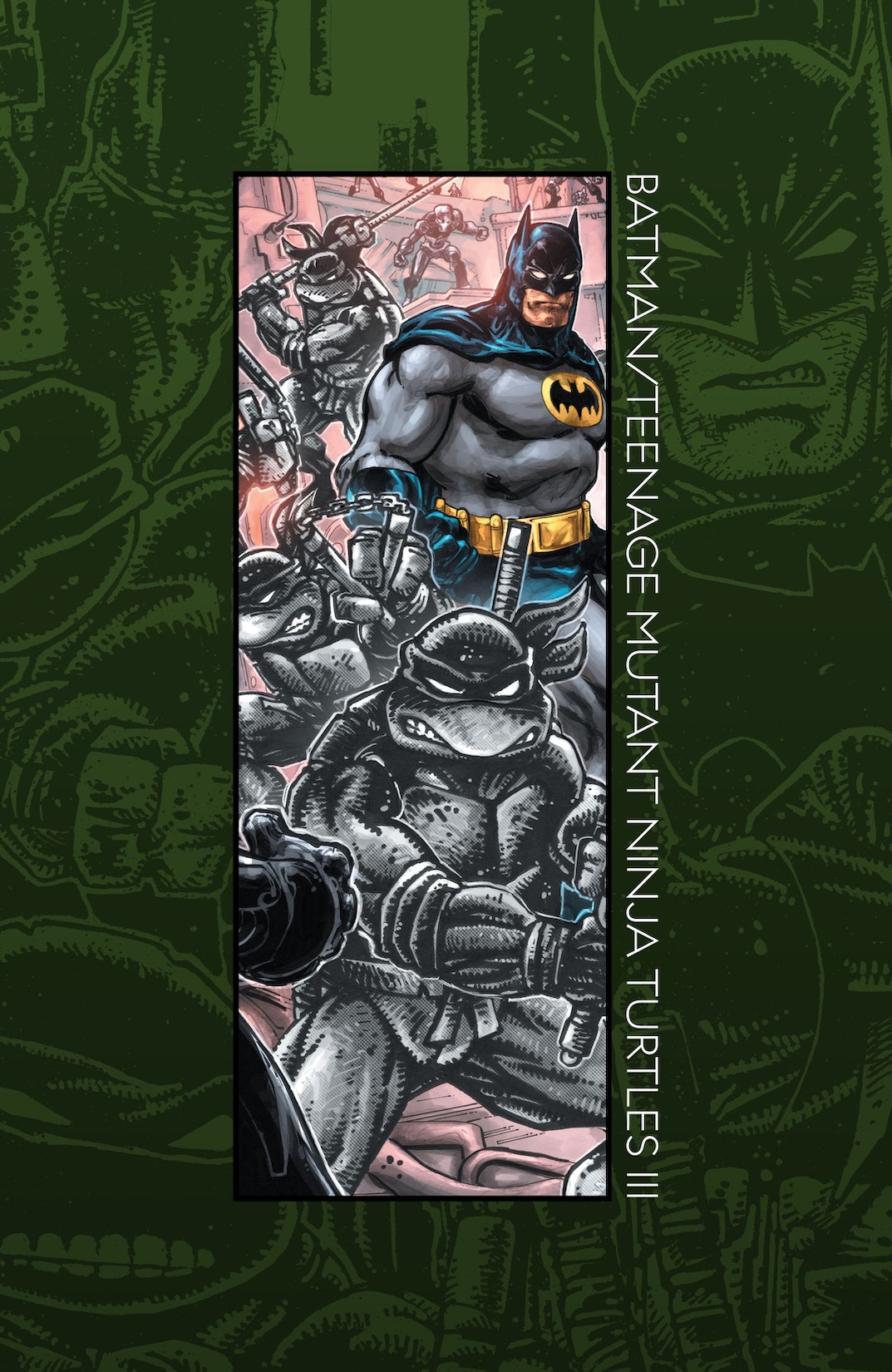 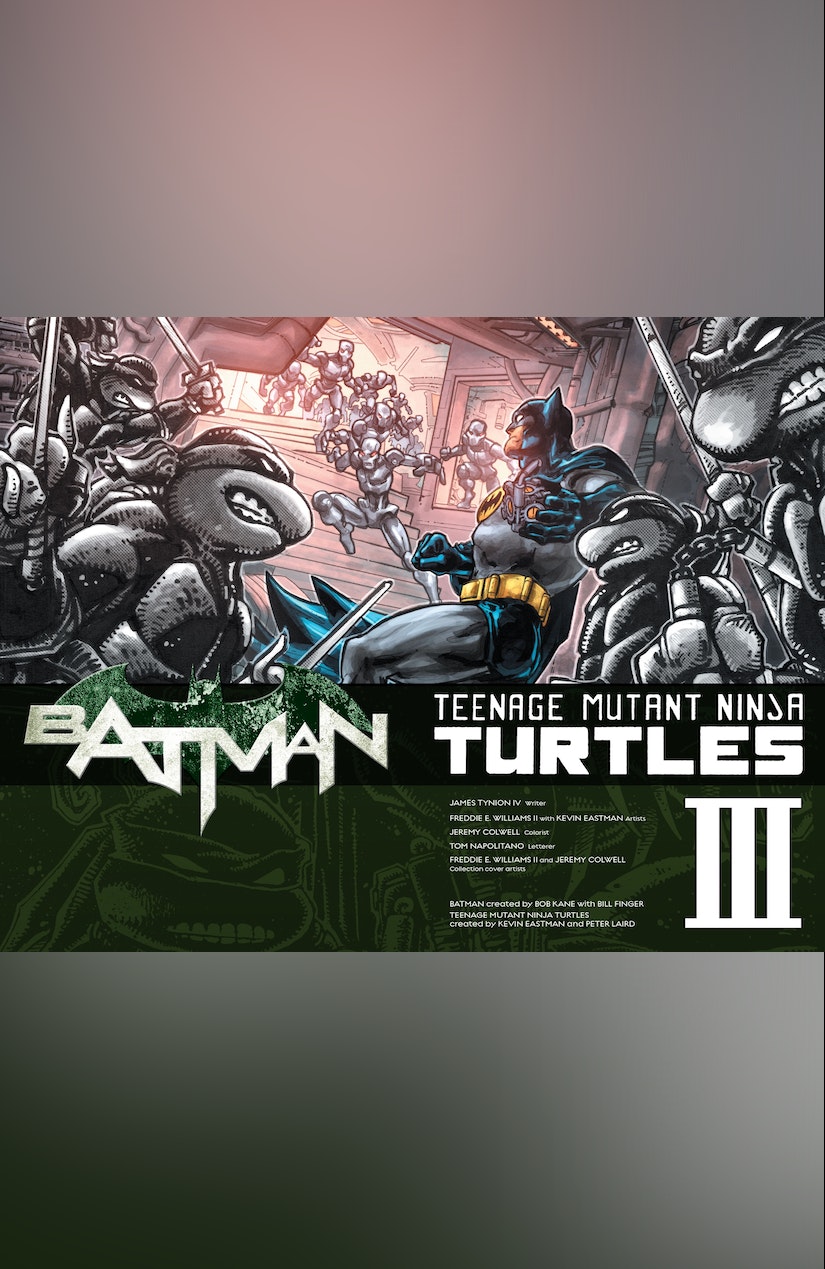 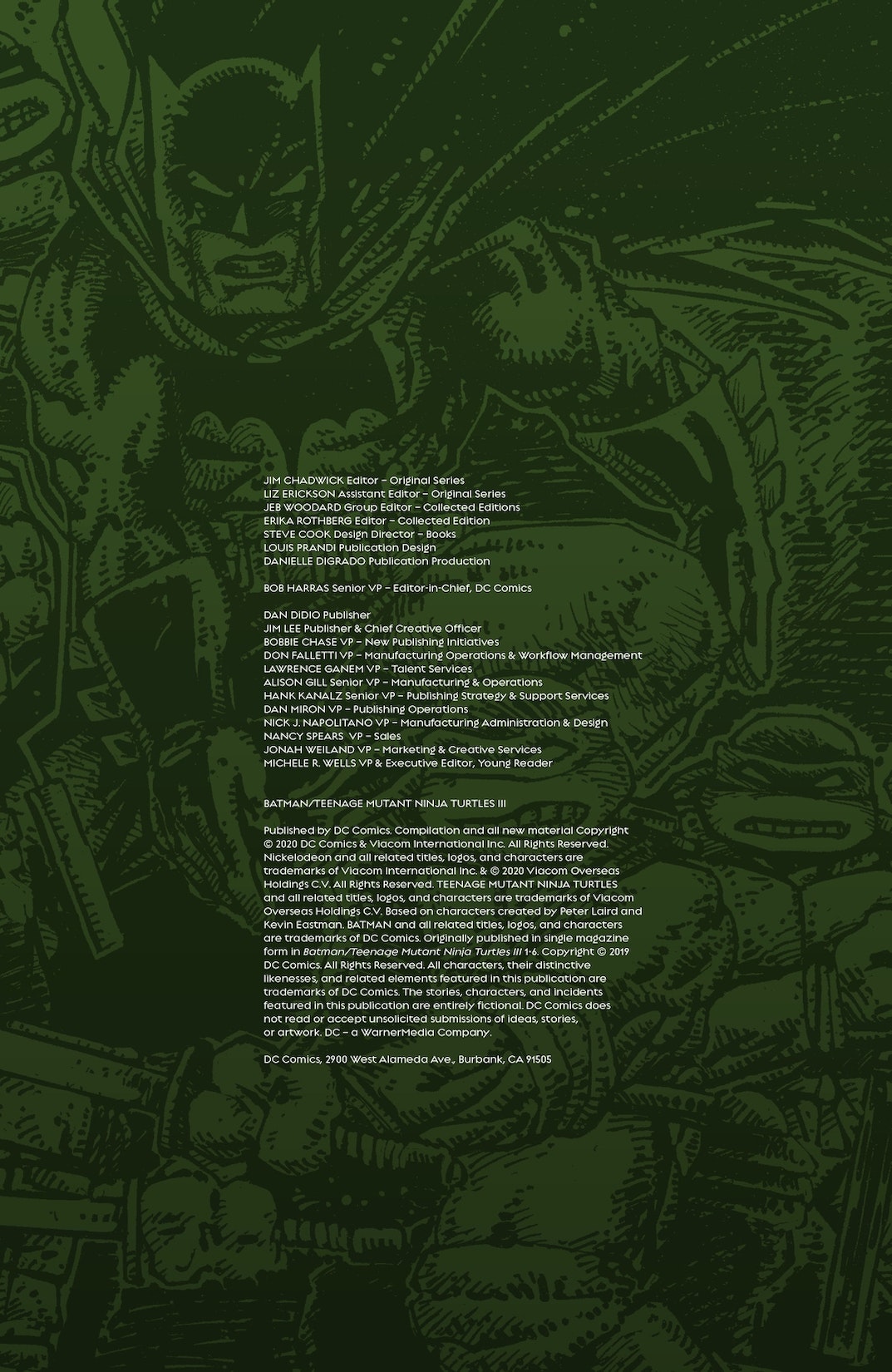 Our heroes have battled the Foot Clan in Gotham City and Bane in New York, but now Krang has gotten his hands on the most dangerous technologies in the DC Universe-and no universe is safe from his wrath! As Krang's true power is revealed, it's up to Batman and the Turtles to stop him, but their only hope lies with a strange, yet familiar, visitor from another world! Collects Batman/Teenage Mutant Ninja Turtles III #1-6. Co-published with IDW.