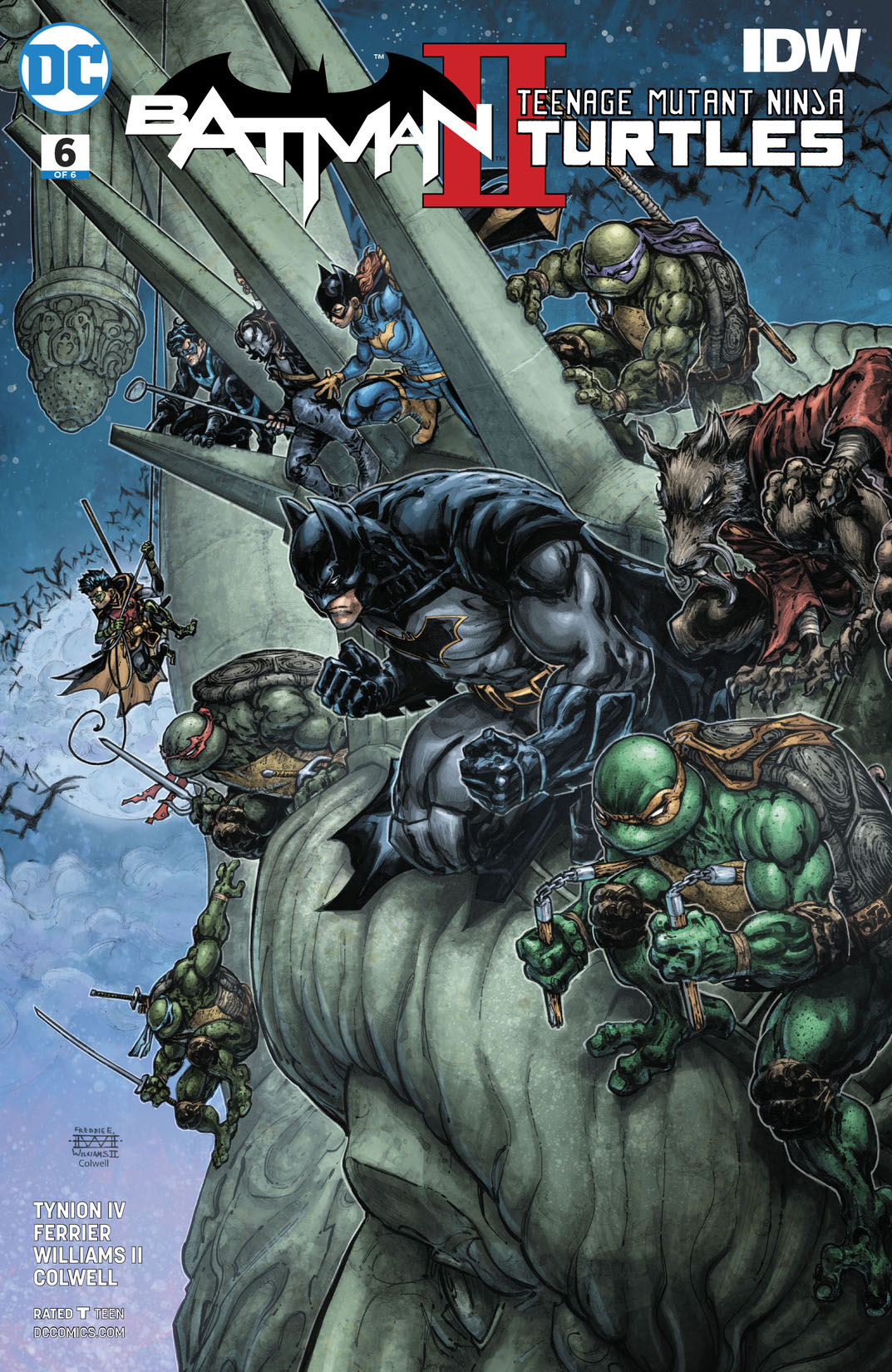 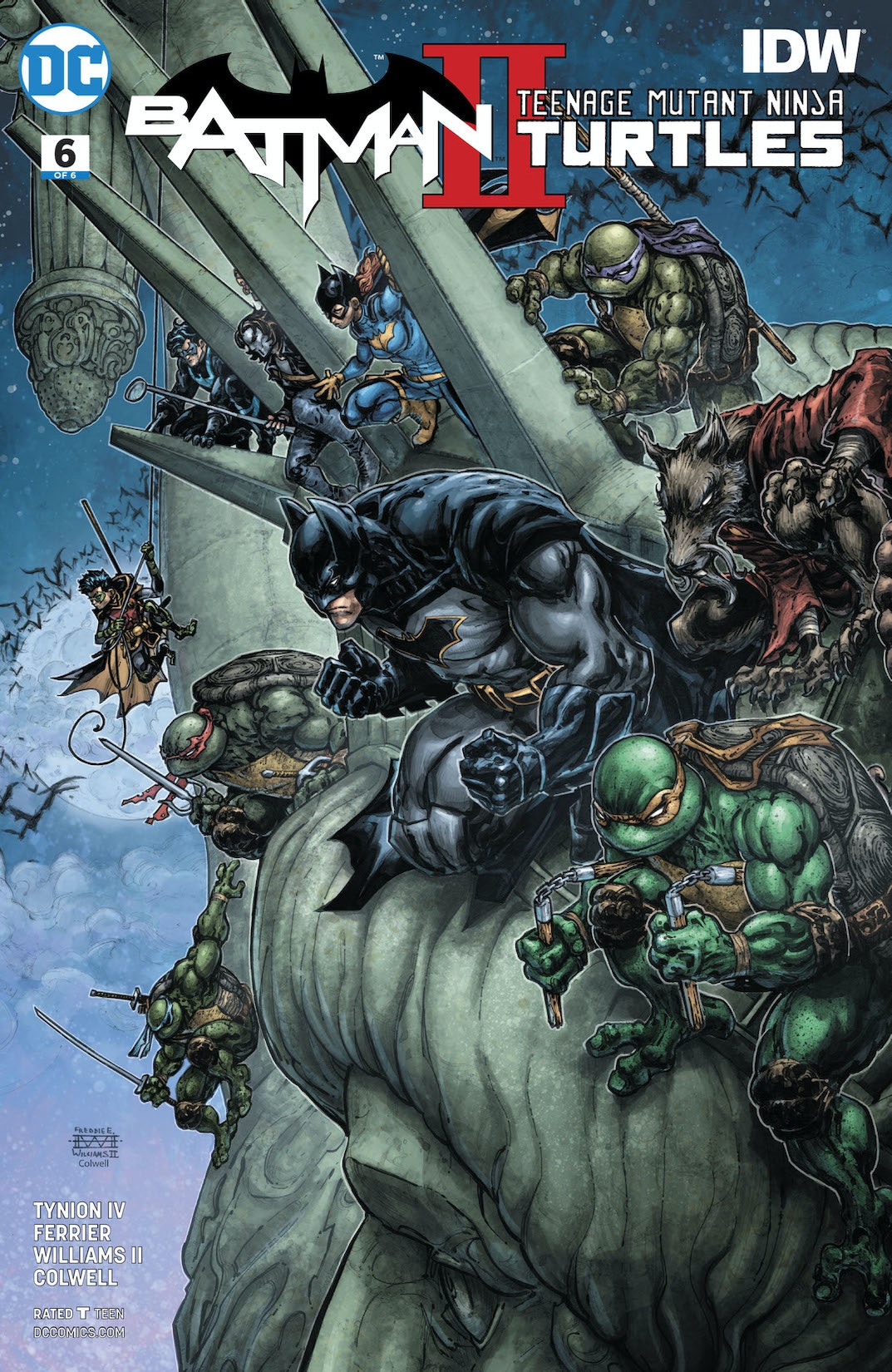 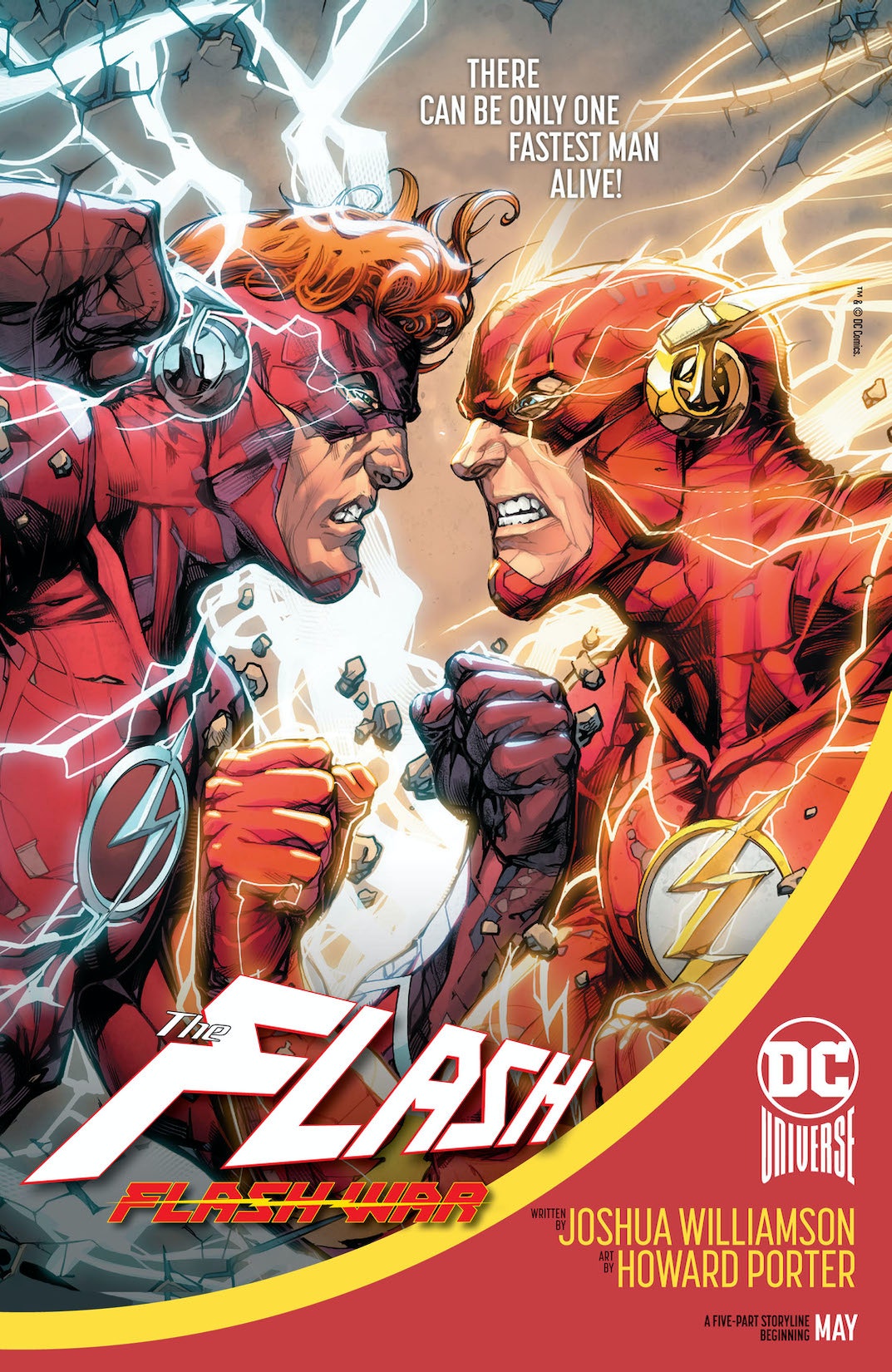 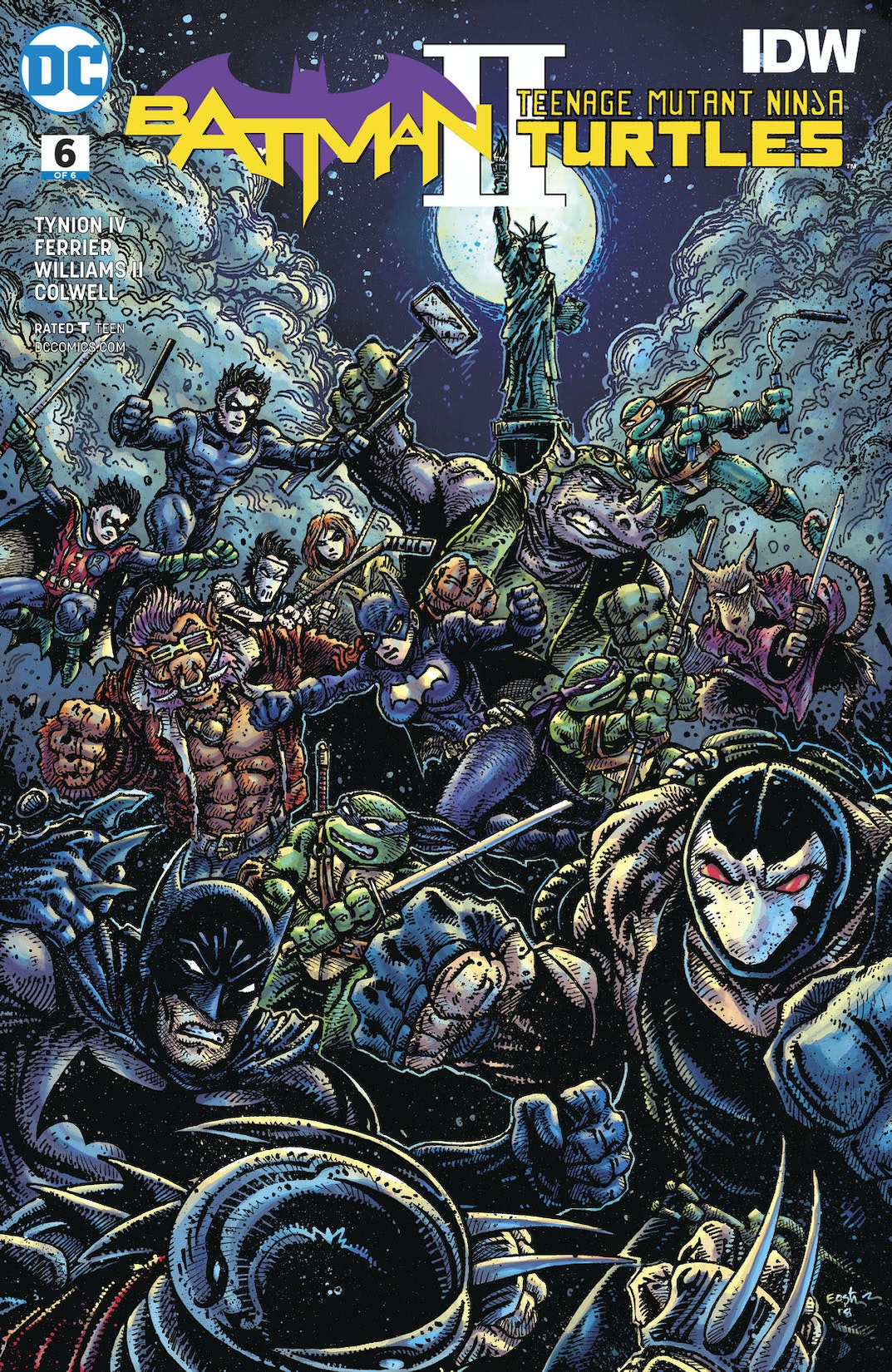 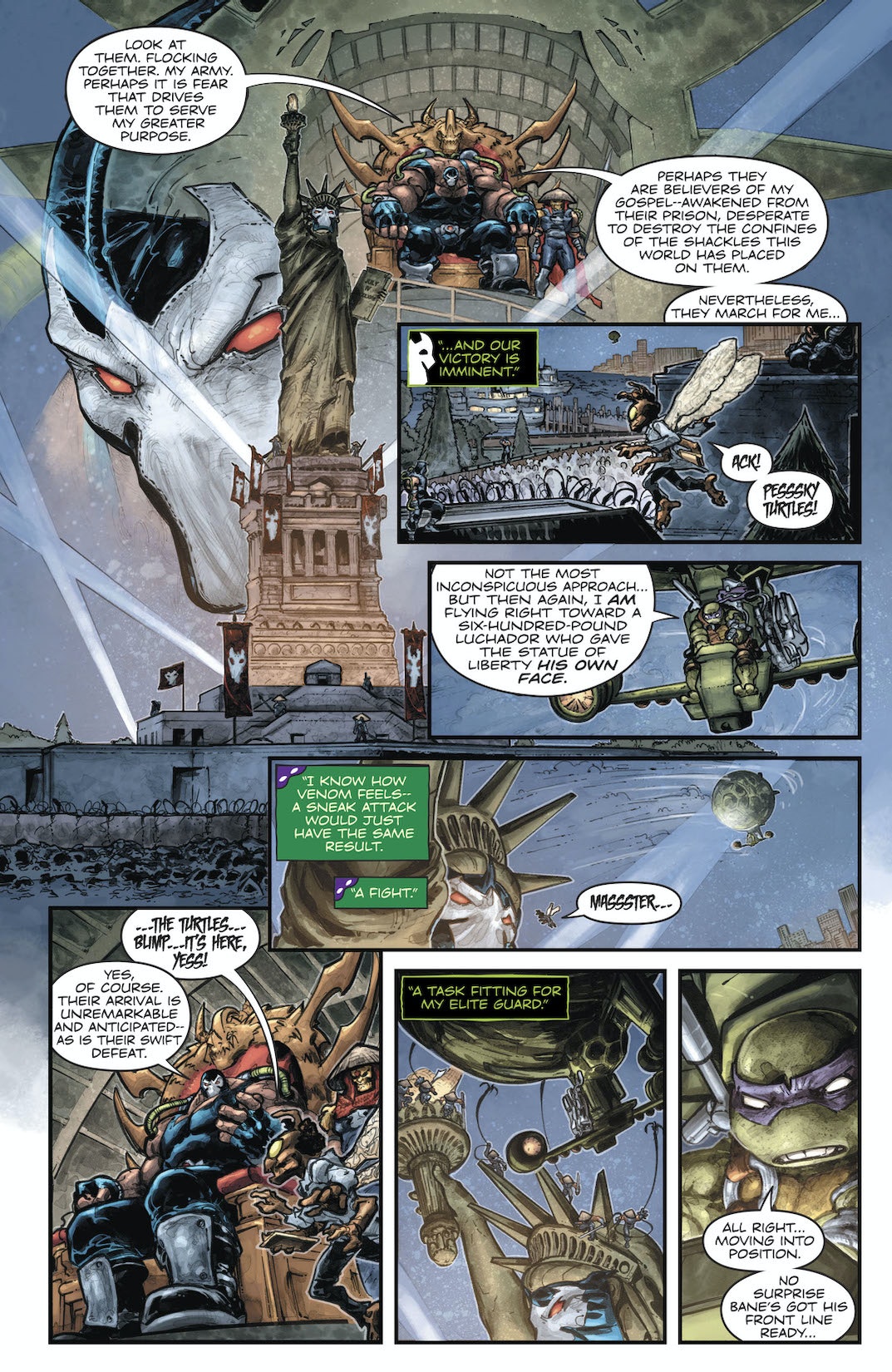 It’s the final battle as the Bat-family and the Turtles face off against Bane and the Foot Clan on Liberty Island. With America’s great symbol of freedom watching over them, the Dark Knight and the Heroes on a Half-Shell must bring Bane’s tyrannical rule over New York to an end. And don’t forget about Shredder. What role will that deadly villain have to play in all of this? It’s all-out action in this exciting series conclusion.