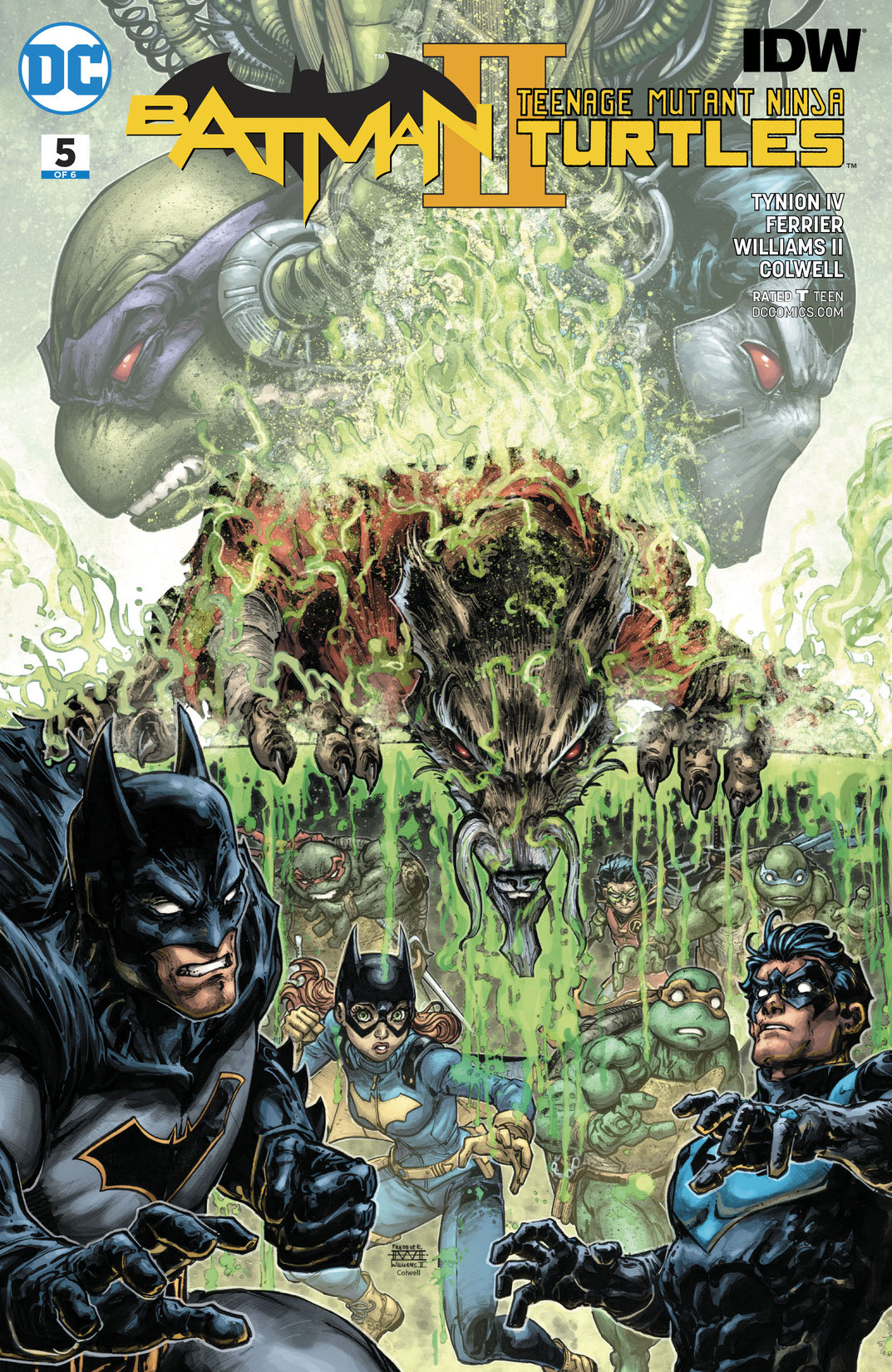 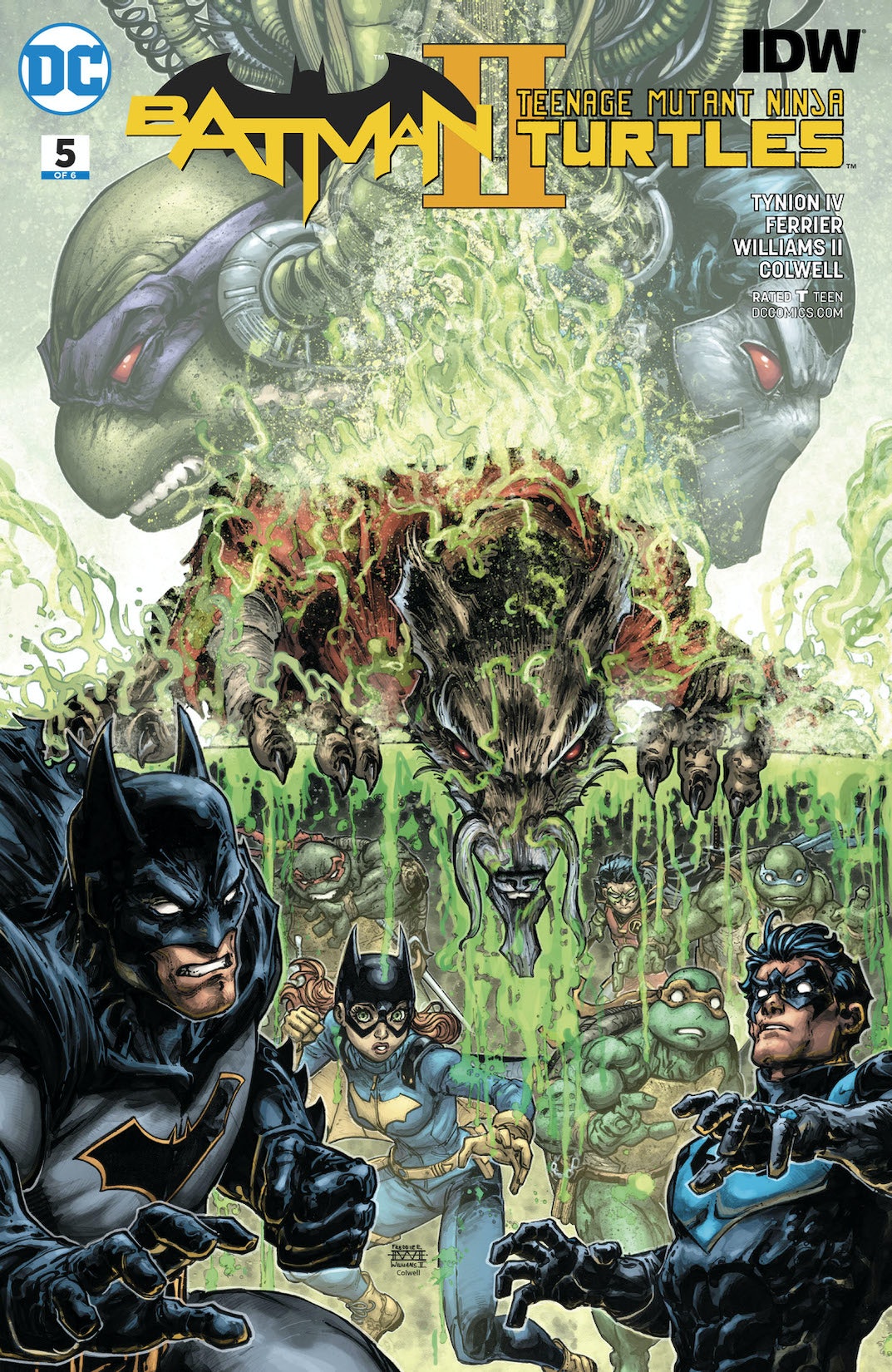 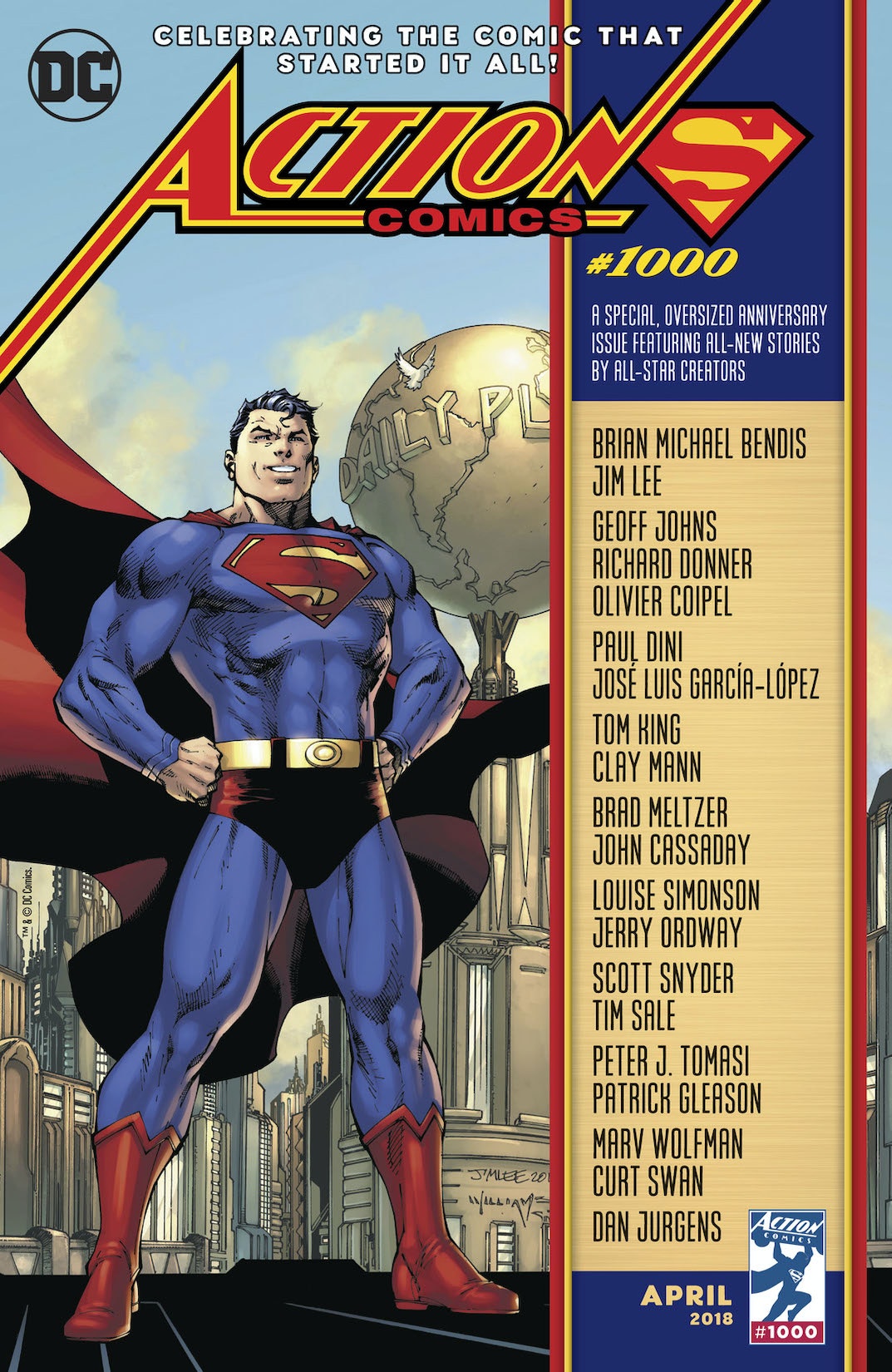 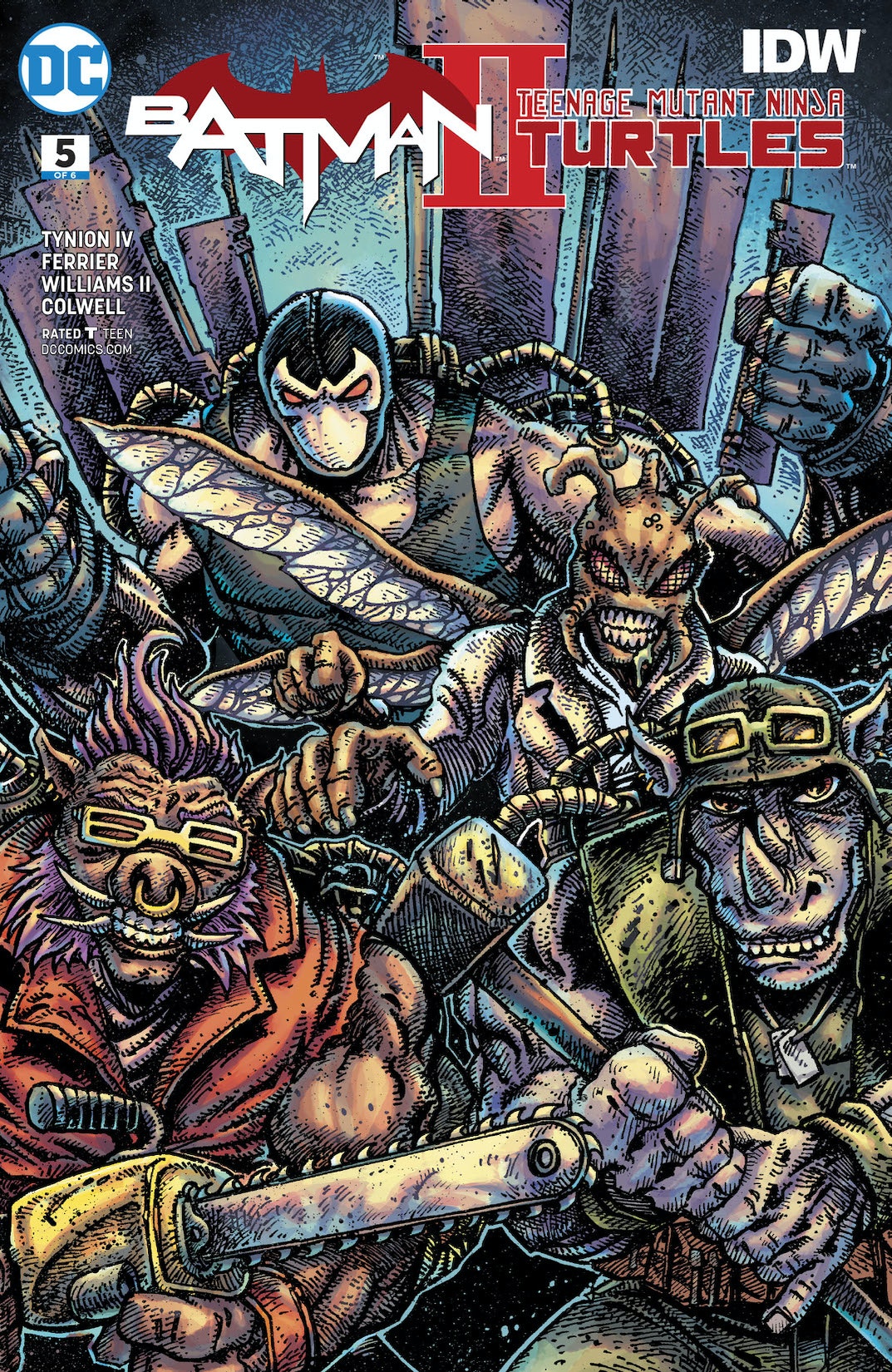 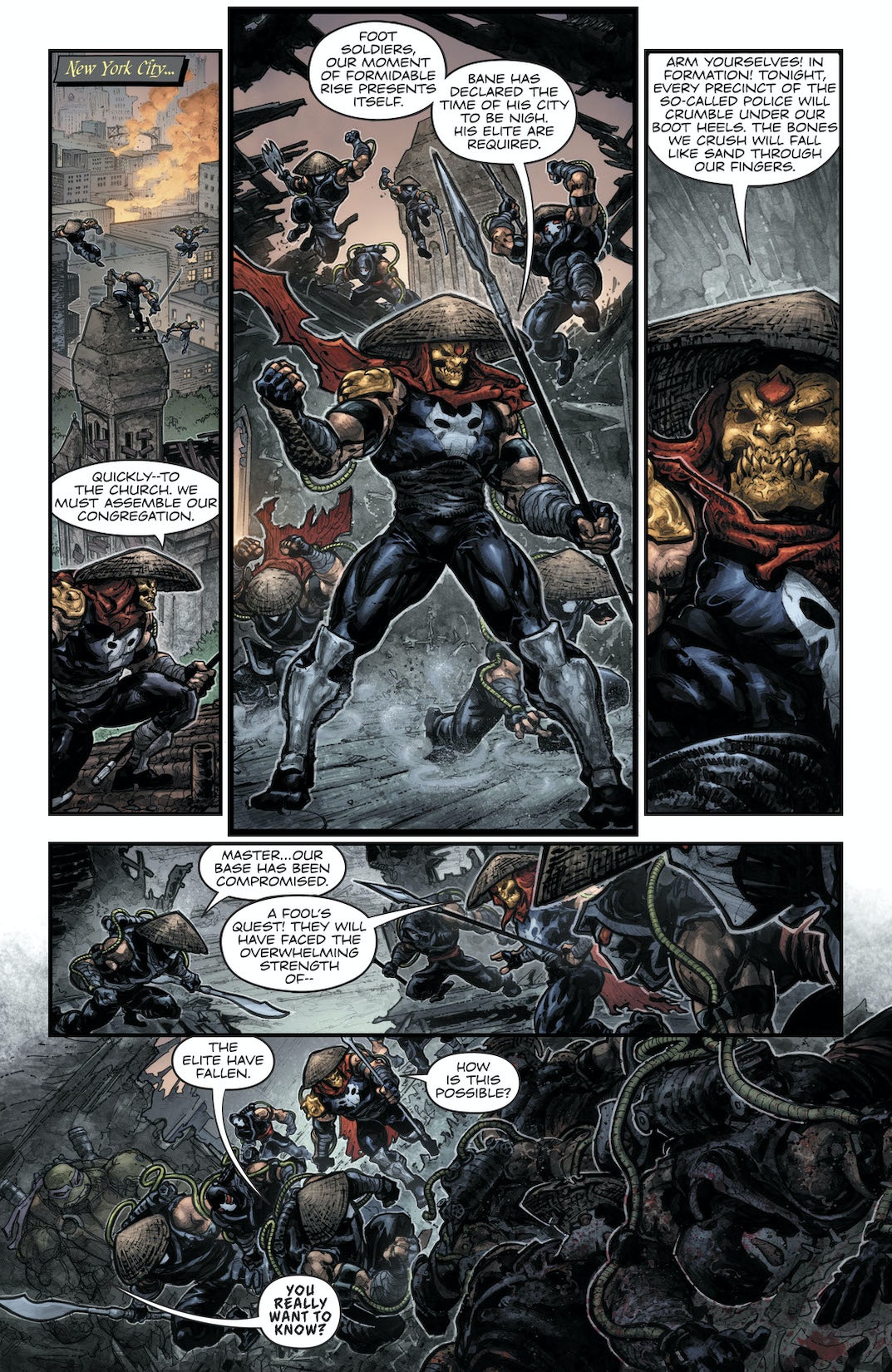 A Venom-charged Donnie wages a brutal, one-Turtle war on the Foot Clan. Batman has to stop him and remind him of who he really is; someone who uses smarts—not brawn—to take down the bad guys. Damian and Raphael pay a visit to the Lazarus Pit to try and help a wounded Splinter. Then Batman tries to turn a former foe into an ally as part of a desperate attempt to finally end the reign of Bane.