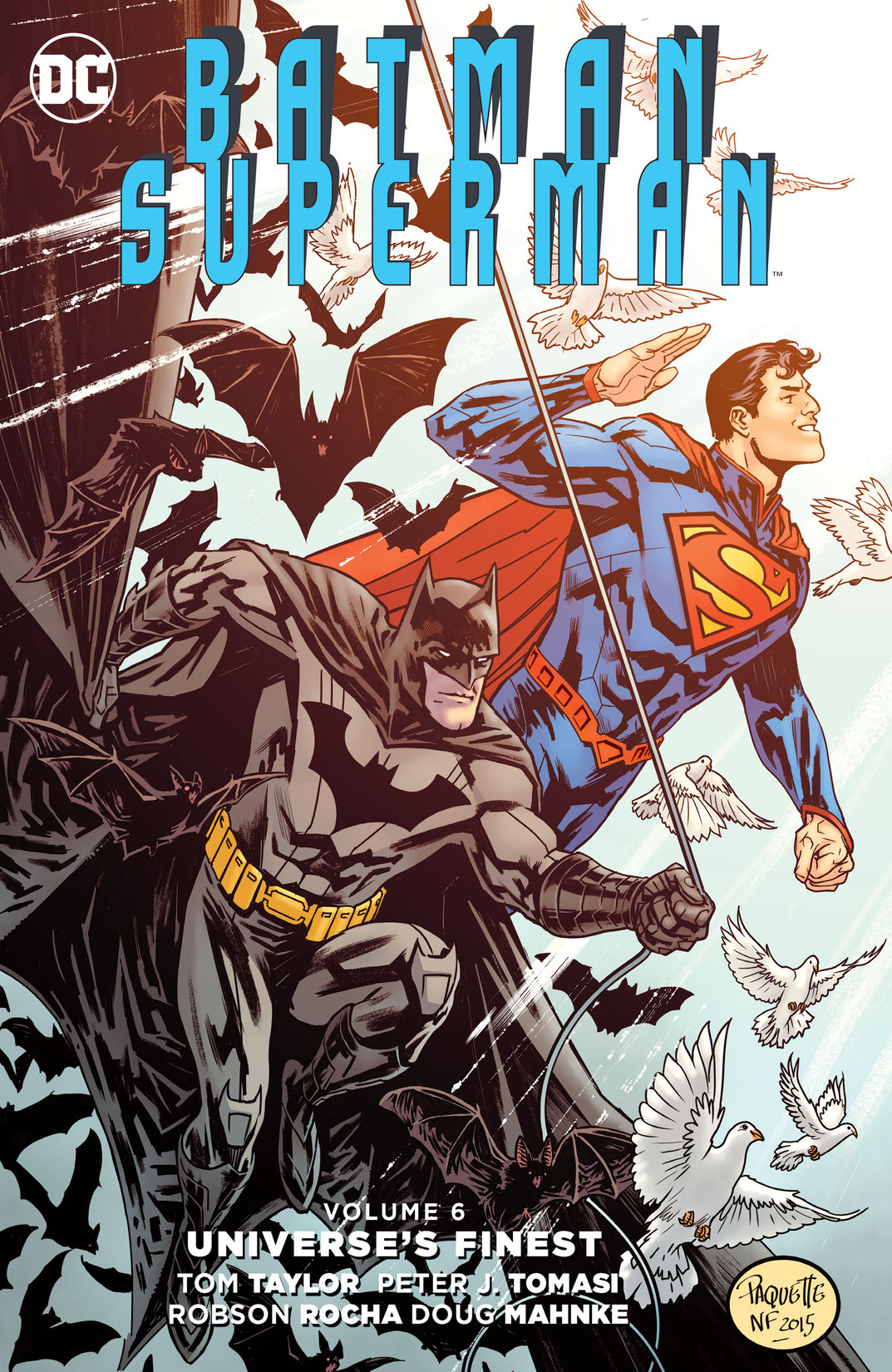 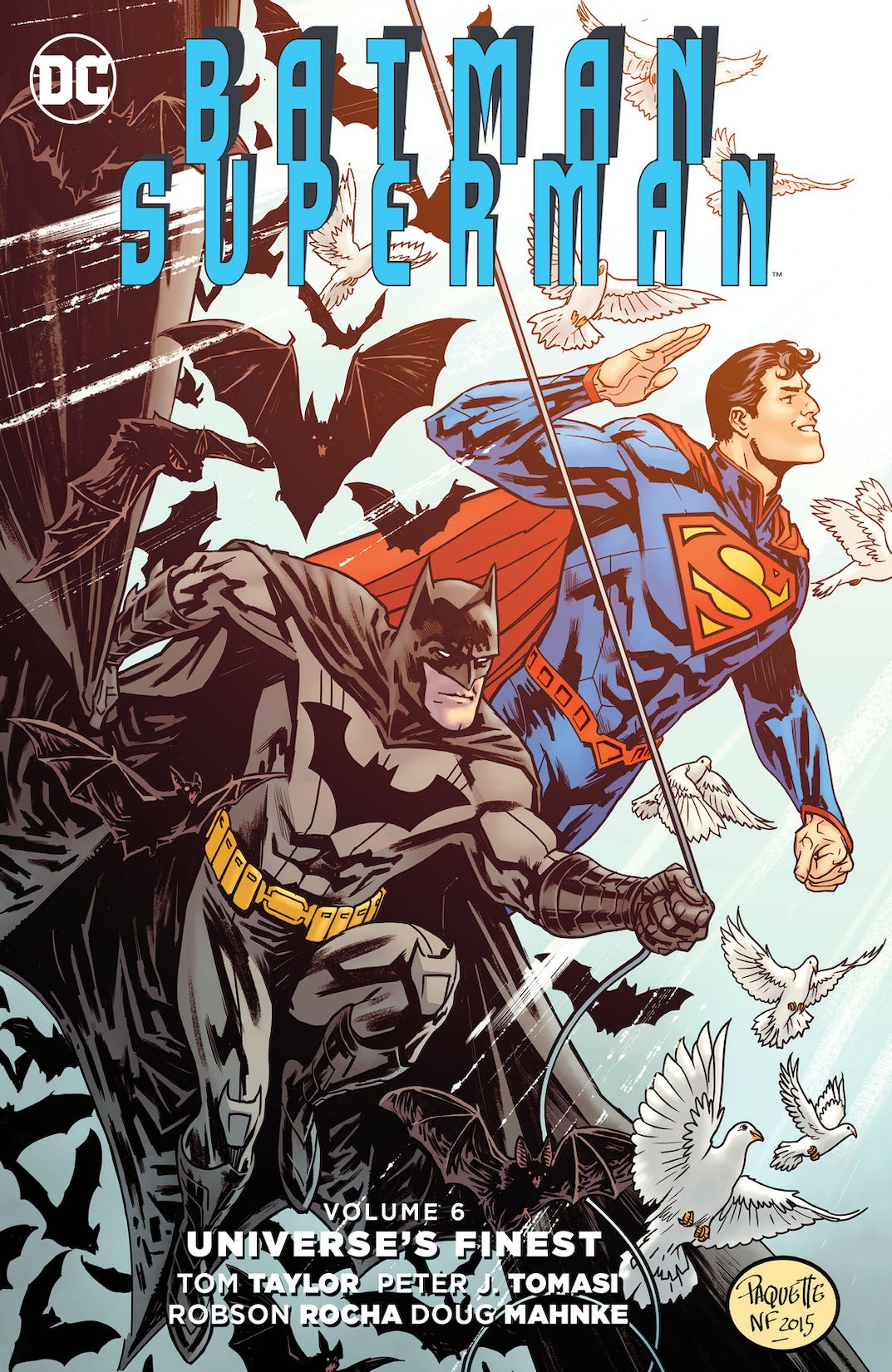 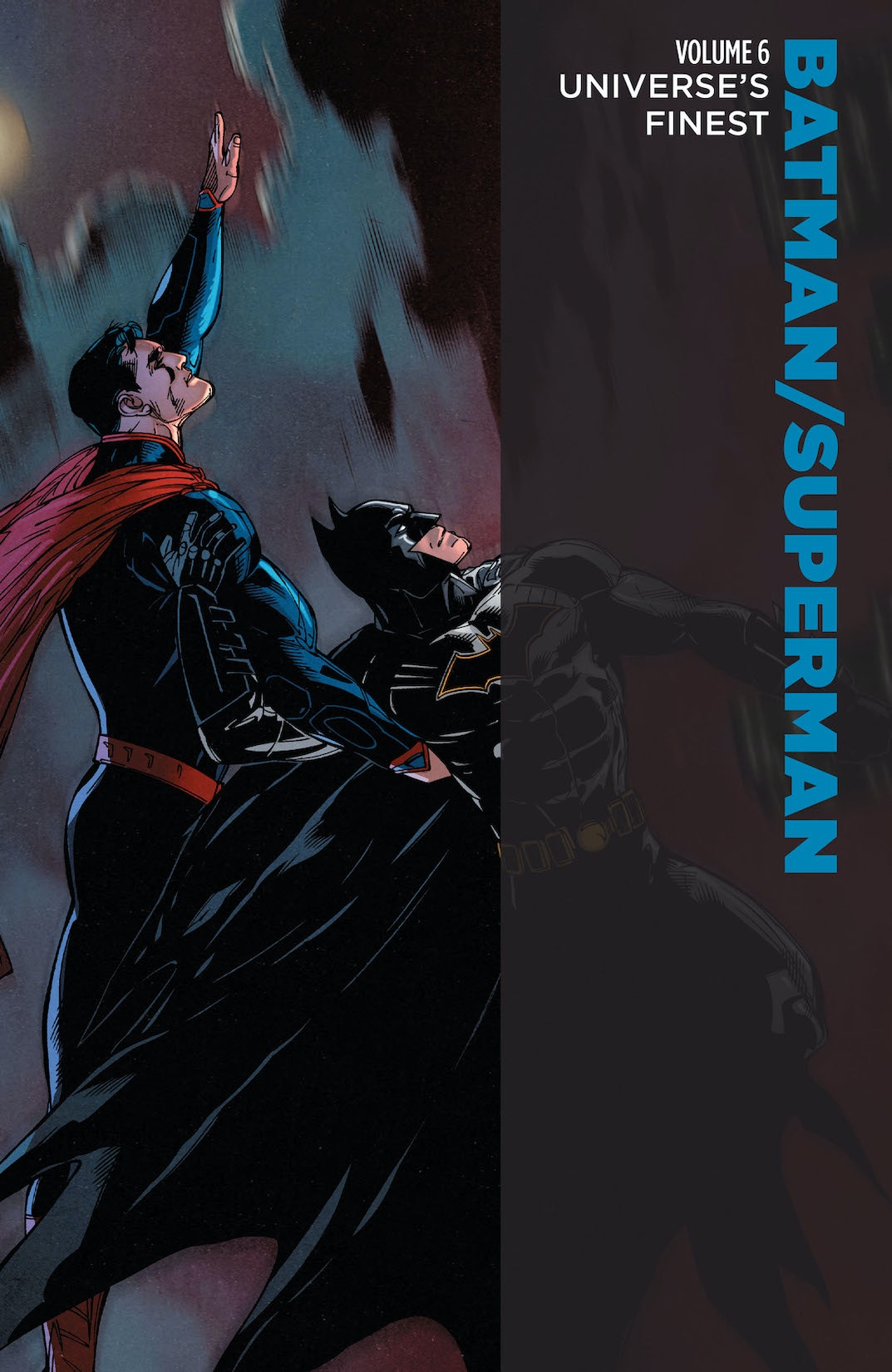 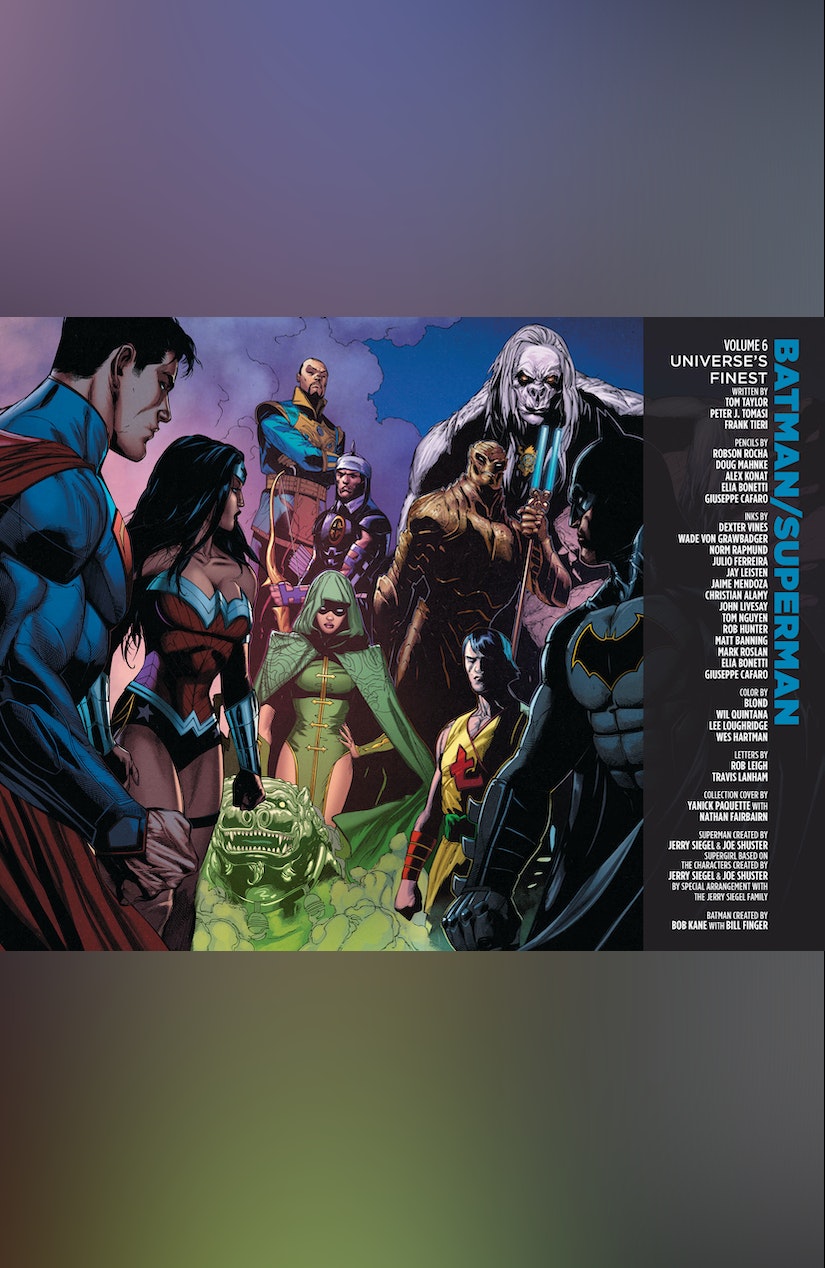 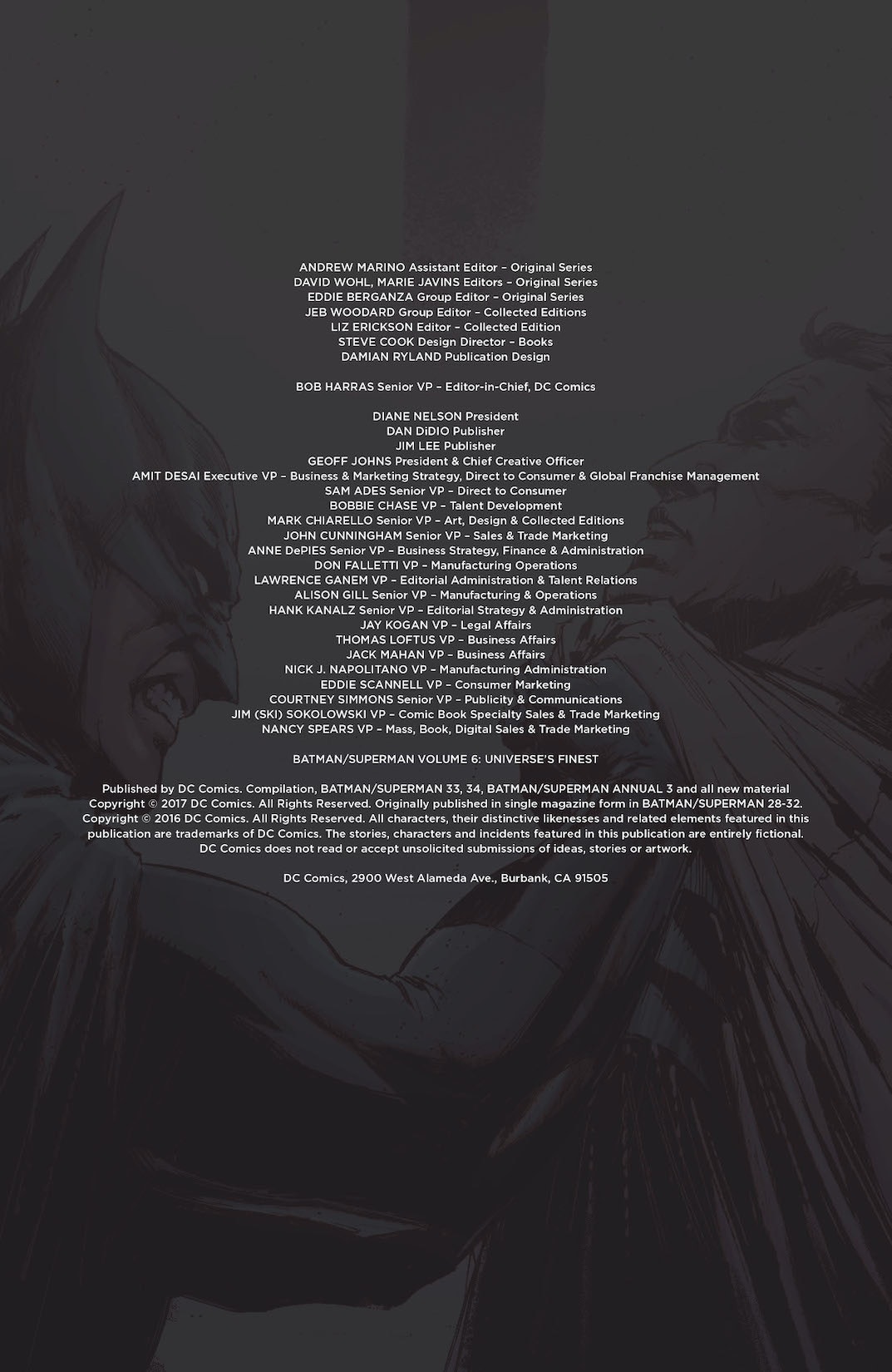 In a tale from the early days of their partnership, the murder of an alien explorer brings the Man of Steel and the Dark Knight Detective to investigate on the moon! But there’s more to this traveler than meets the eye. Meanwhile, someone’s been watching the investigation from the shadows-none other than Lobo, come to collect a bounty that’s been placed on Batman’s head! The World’s Finest must prepare the Earth for the final days of Superman and with time slipping away, they’ll need the help of their greatest allies in order to pull off one last-ditch attempt to save the Last Son of Krypton. And finally, the rogues of Gotham and Metropolis team up to find an answer to the age-old question: Who’s tougher, Batman or Superman? From critically acclaimed writers Tom Taylor (INJUSTICE: GODS AMONG US), Peter J. Tomasi (SUPERMAN) and Frank Tieri (HARLEY QUINN AND HER GANG OF HARLEYS) who team up with artists including Robson Rocha (JUSTICE LEAGUE) and Doug Mahnke (GREEN LANTERN) comes the thrilling conclusion to the BATMAN/SUPERMAN series. Collects issues #28-32, plus the never-before-published BATMAN/SUPERMAN #33-34 and ANNUAL #3!