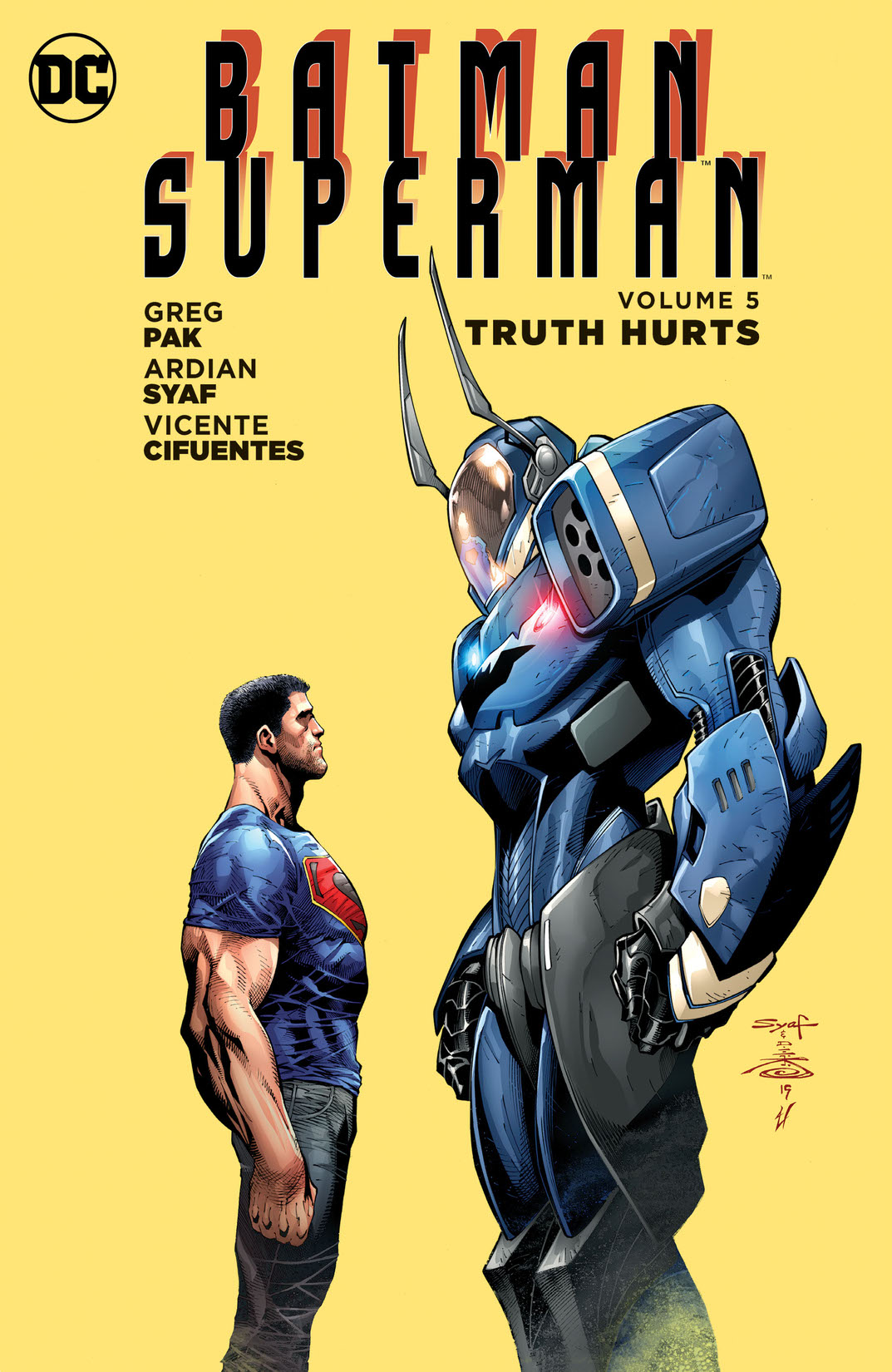 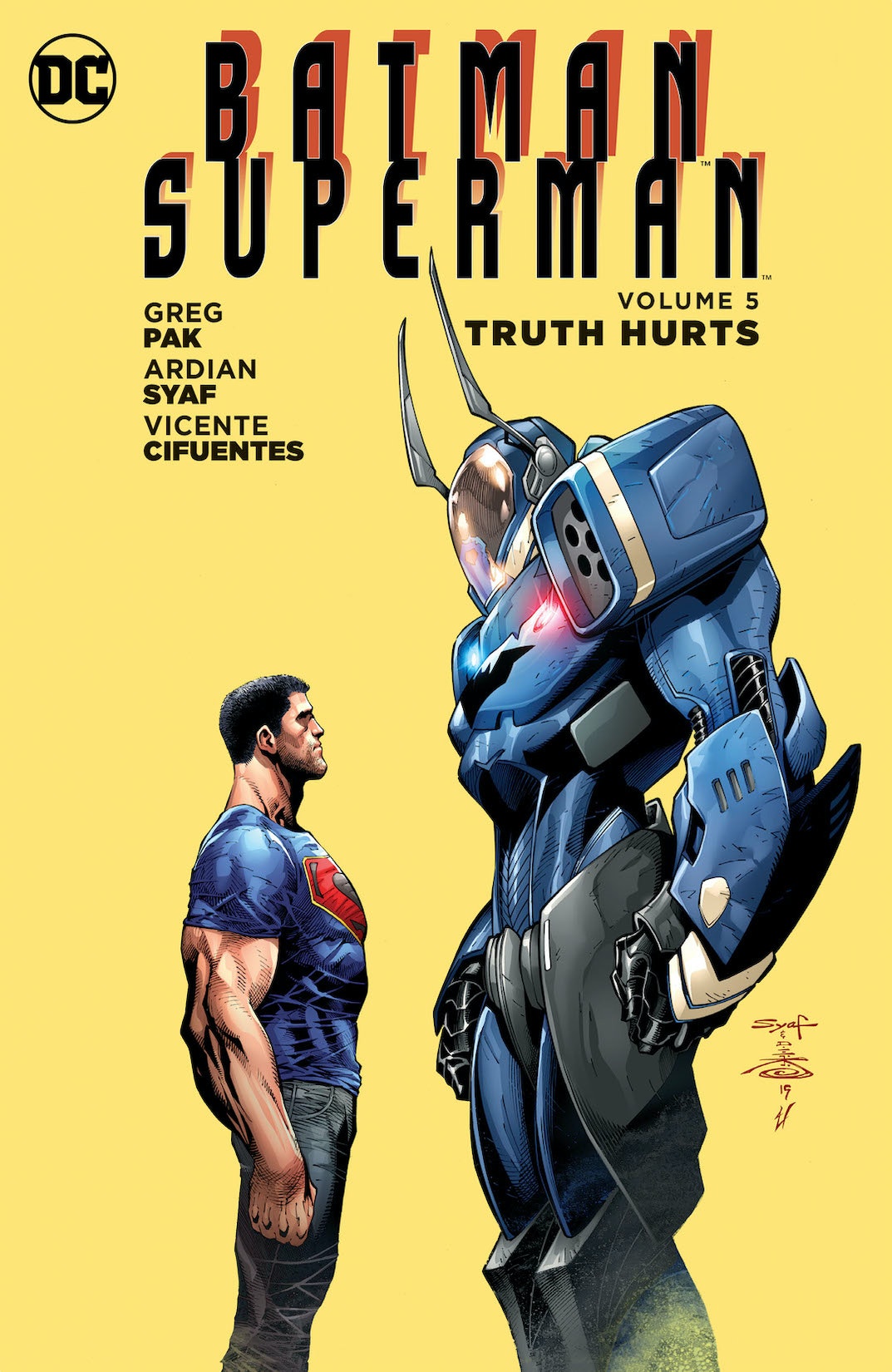 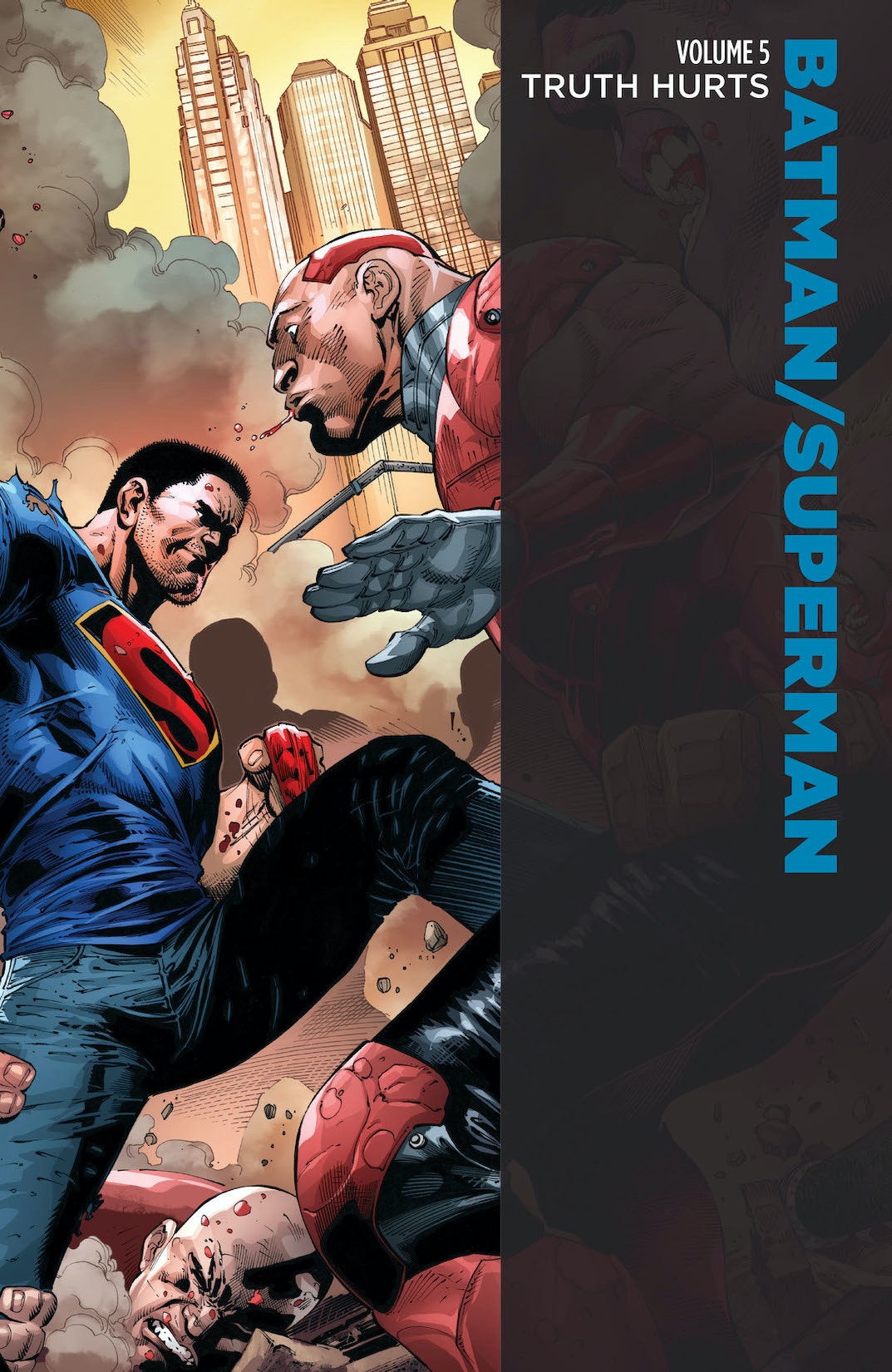 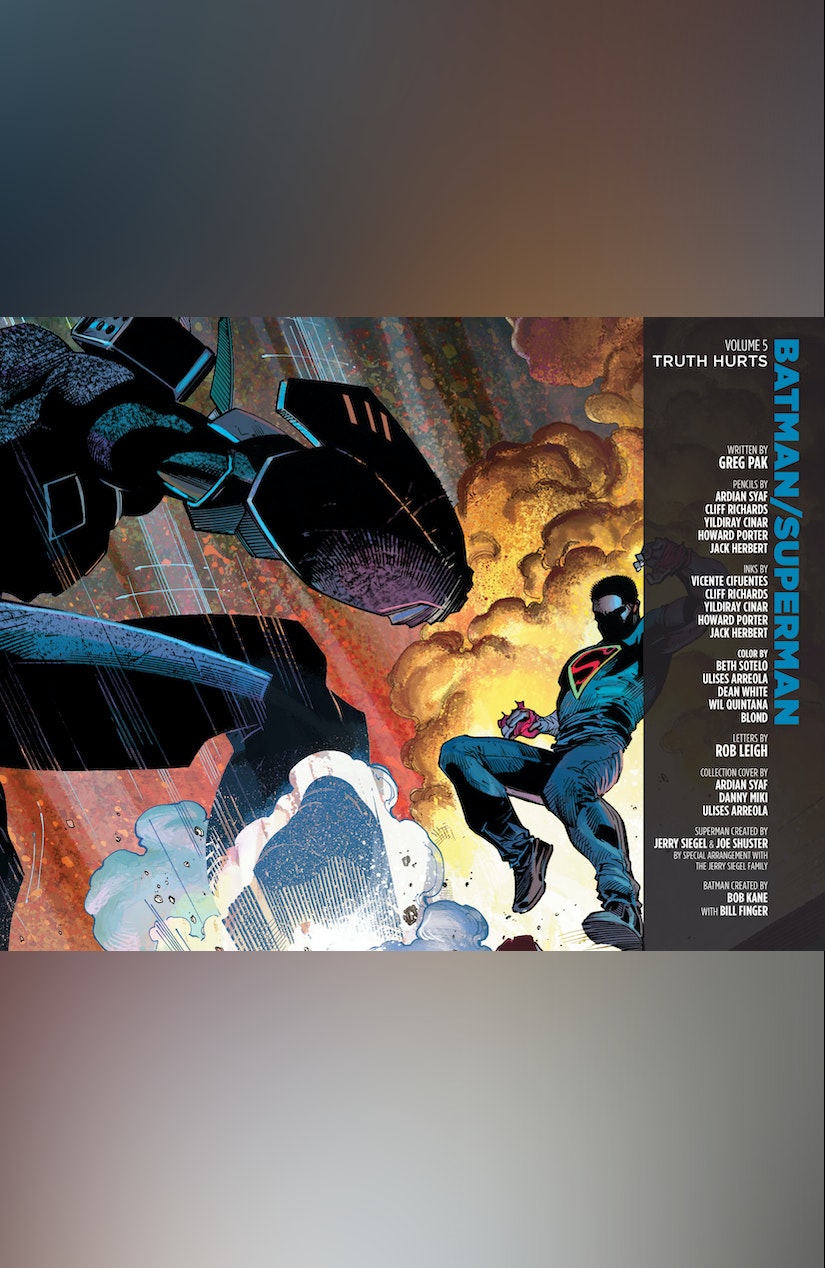 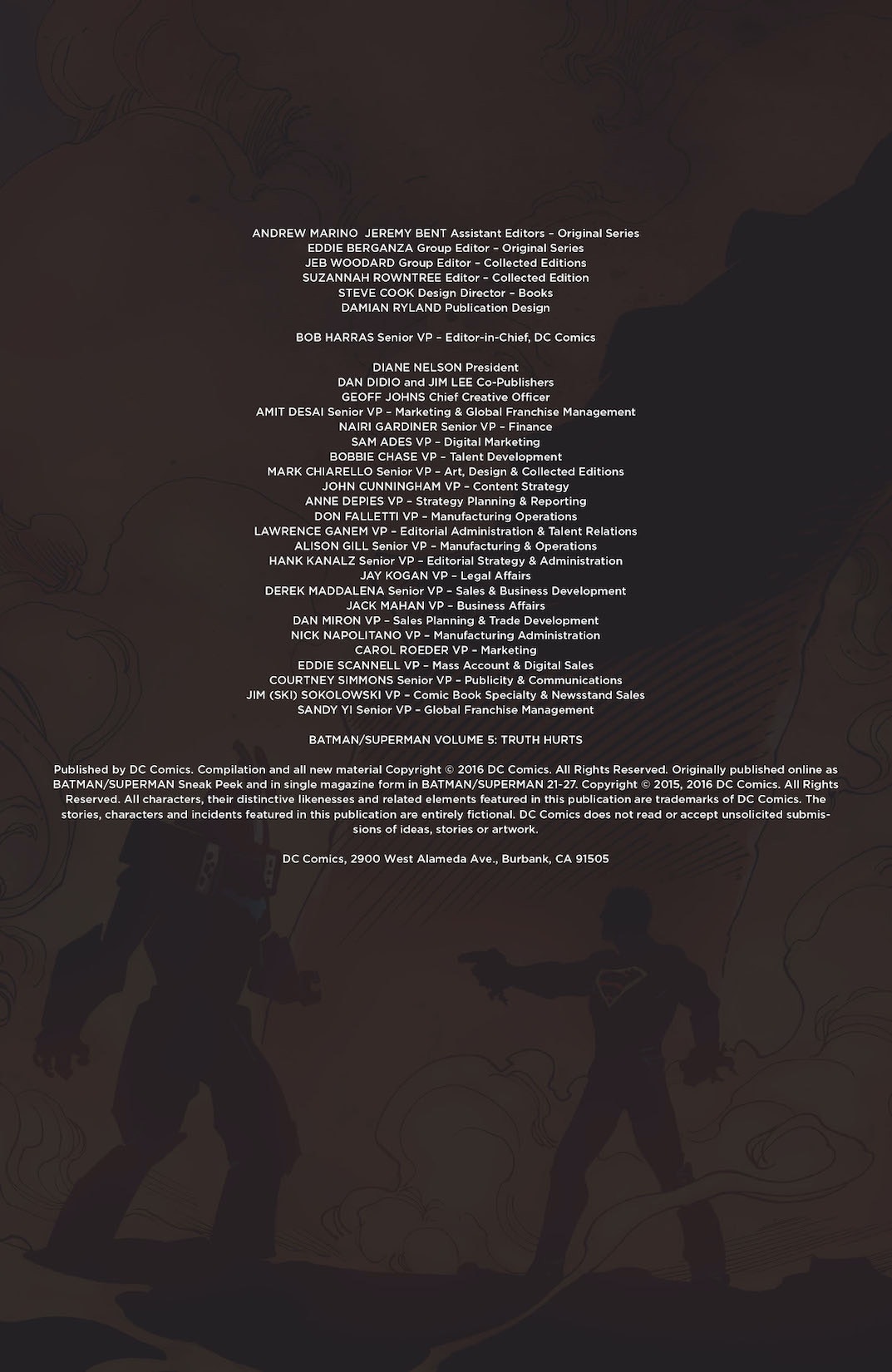 THESE ARE NOT THE WORLD’S FINEST... Batman and Superman-separately, they’re two of the greatest heroes the world has ever seen. Together, they’re an incredible team...and the greatest of friends. But Batman and Superman have never teamed up like this before. This is a Superman who’s lost most of his powers and had his identity revealed to the entire world. Someone is coordinating a series of attacks against him that have brought him to the brink of destruction, and he needs the world’s greatest detective to help him put the clues together. But this Batman isn’t Bruce Wayne. Jim Gordon now protects Gotham as the robot-suited Batman, and he has no reason to trust Superman...especially when his presence in Gotham seems to have brought on a war with a race of super-powered subterranean beings! They may not be the Batman and Superman who have done amazing things together in the past. But if they can’t learn to work together now, there may no longer be a Gotham City to protect! Spinning off of the events of BATMAN VOL. 8: SUPER HEAVY and SUPERMAN VOL. 1: TRUTH, acclaimed writer Greg Pak (ACTION COMICS) and artists Ardian Syaf (GREEN LANTERN) and Cliff Richards (LOBO) chronicle the first meeting between two very changed heroes, with guest appearances by Batgirl, Aquaman, Red Hood and more! Collects BATMAN/SUPERMAN #21-27.