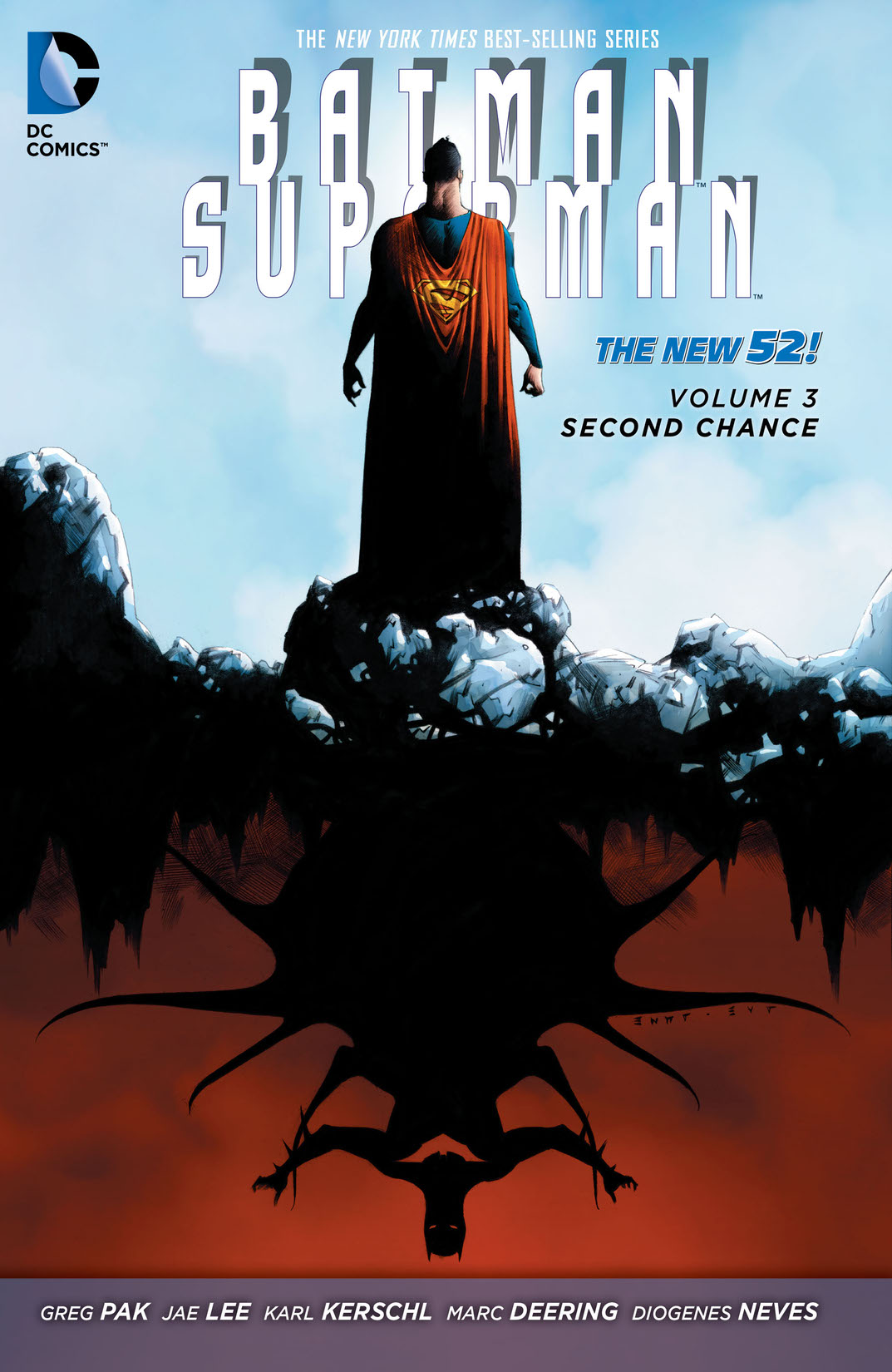 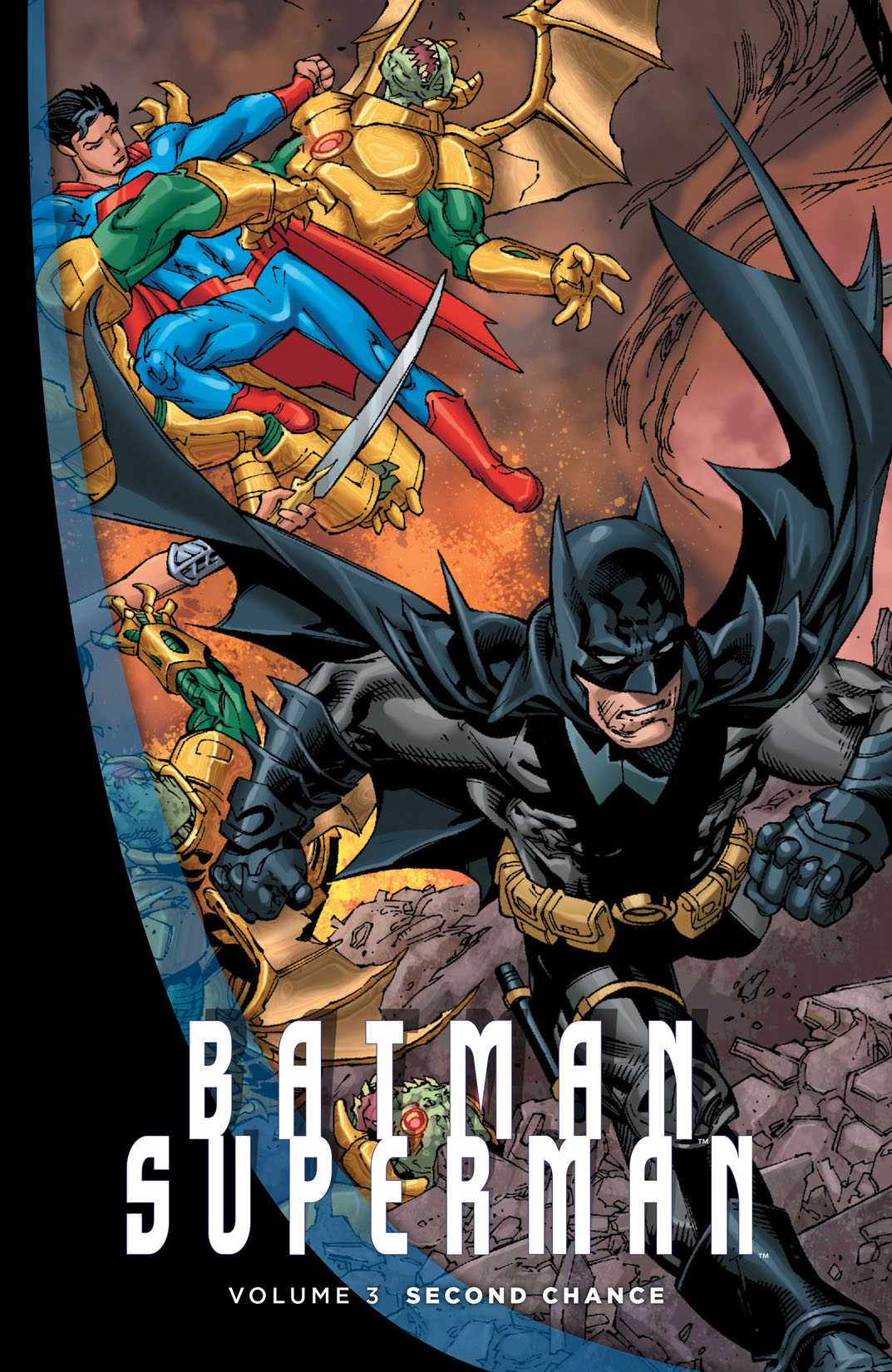 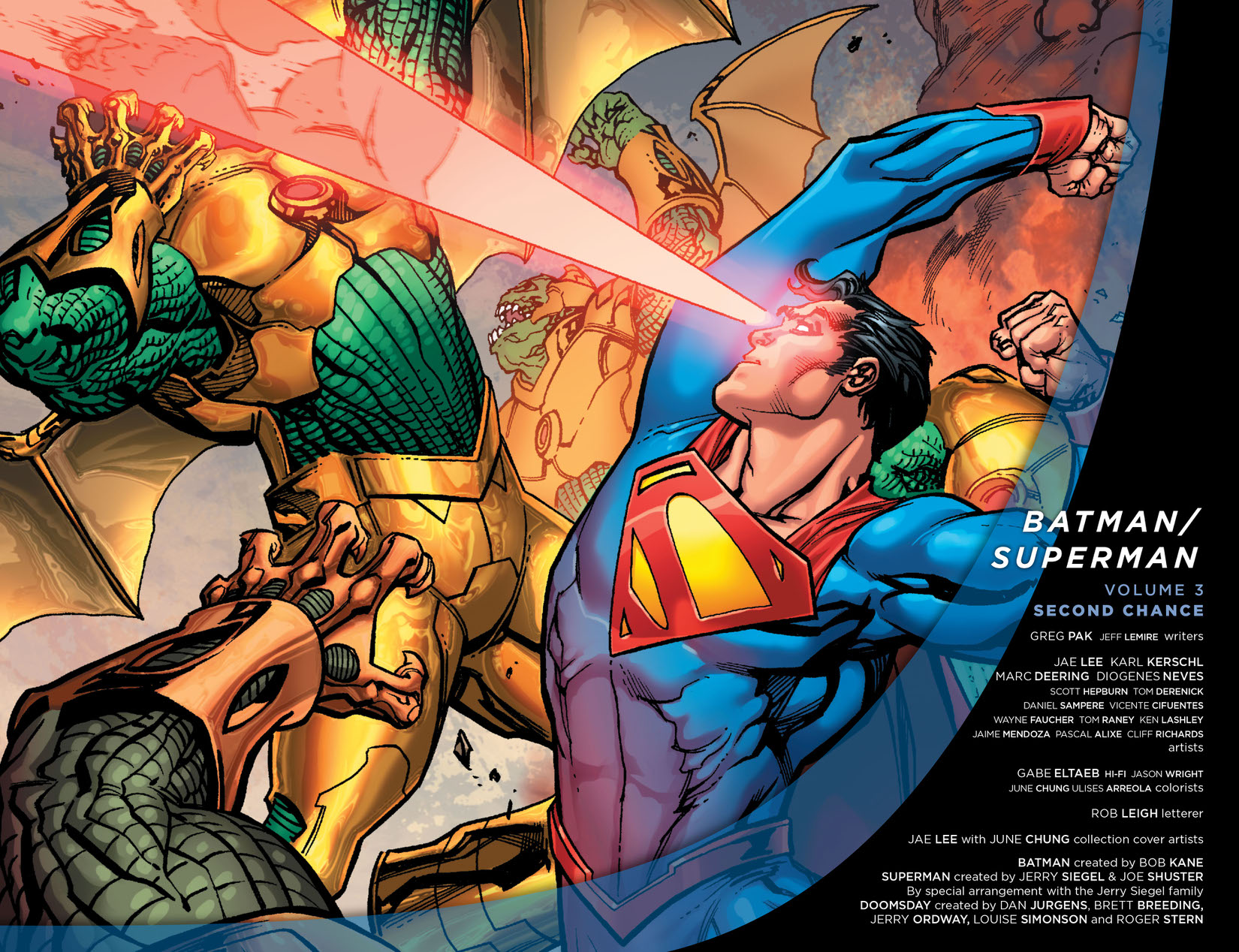 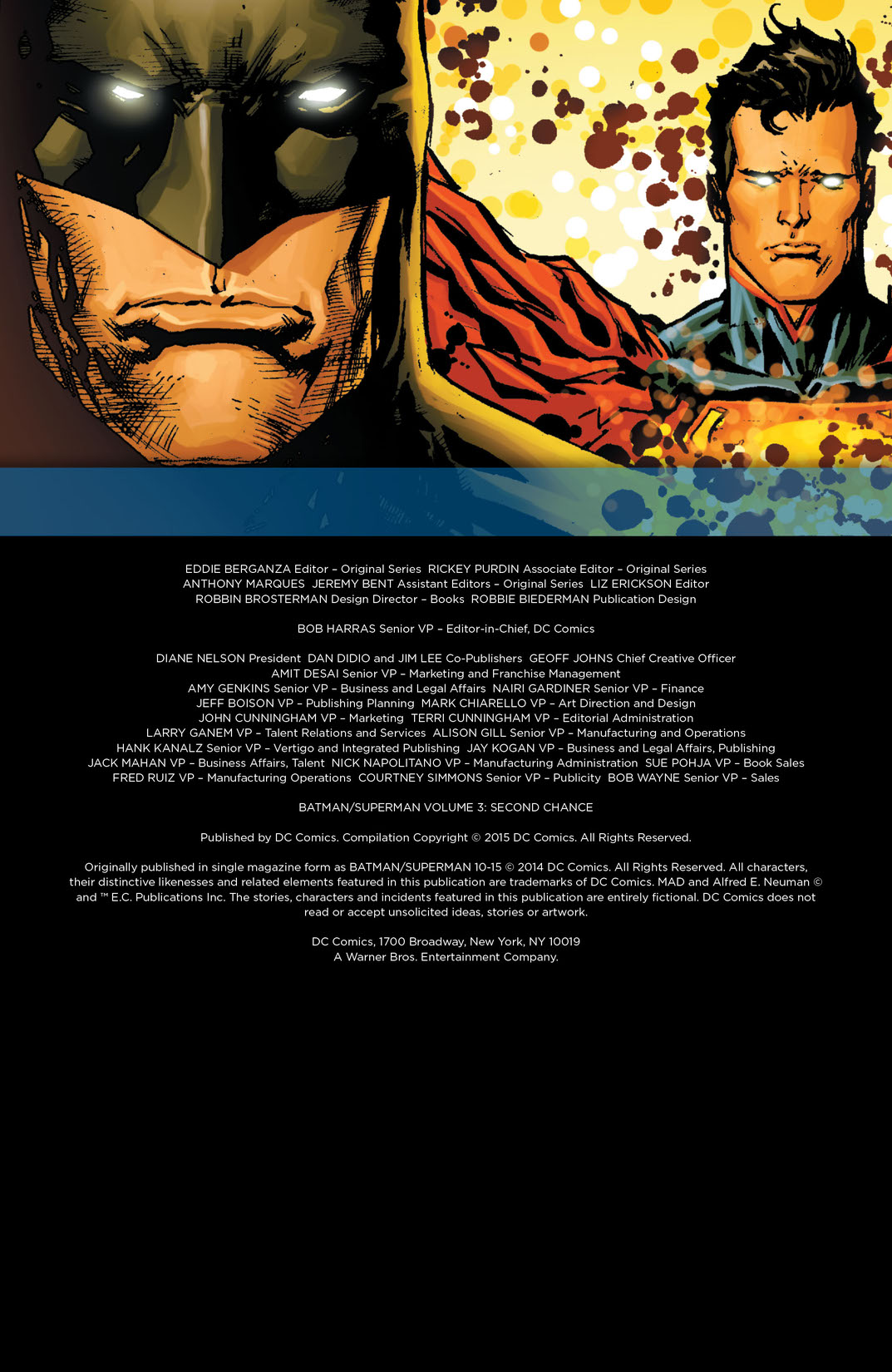 Batman and Superman: the two greatest heroes the world has ever known. Surely, together, there’s no menace they can’t face. A microscopic planet so small it can float in a person’s veins. A Doomsday-infected Superman. A time-traveling chaos demon. The onslaught of threats is putting the pressure on the world’s finest. But when a rescue mission goes wrong, both heroes awake as blank slates, all memory erased. Now Gotham City is faced with a Superman without his moral compass and a Batman without his vendetta. Without the two super heroes to rely on, who remains to remind them who they truly are? In BATMAN/SUPERMAN: SECOND CHANCE, acclaimed writer Greg Pak (ACTION COMICS) and a bevy of comics’ best artists including Jae Lee, Karl Kerschl, Marc Deering and Diogenes Neves set Batman and Superman on a collision course...but will either hero emerge unscathed? Collects issues #10-15.