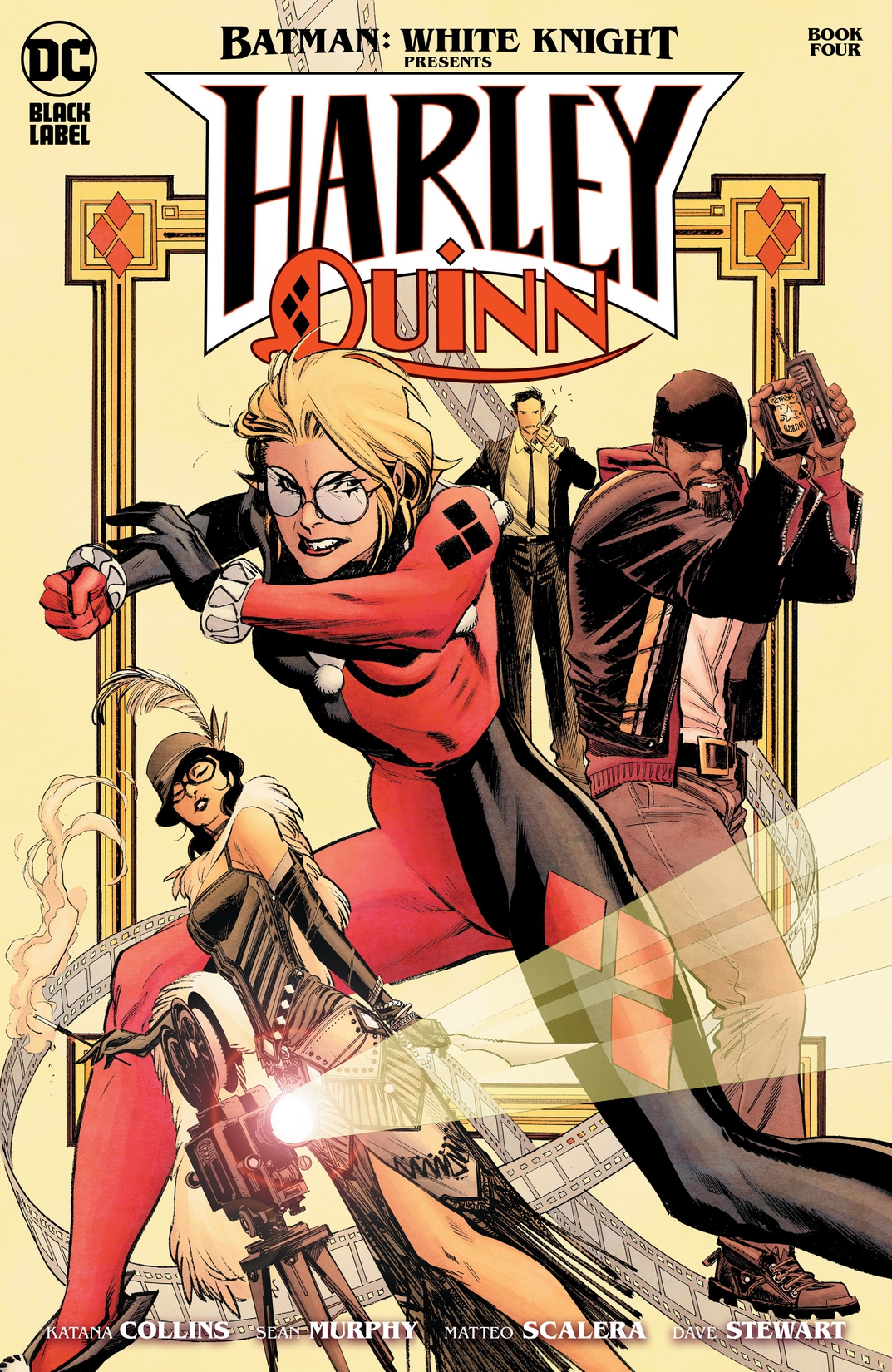 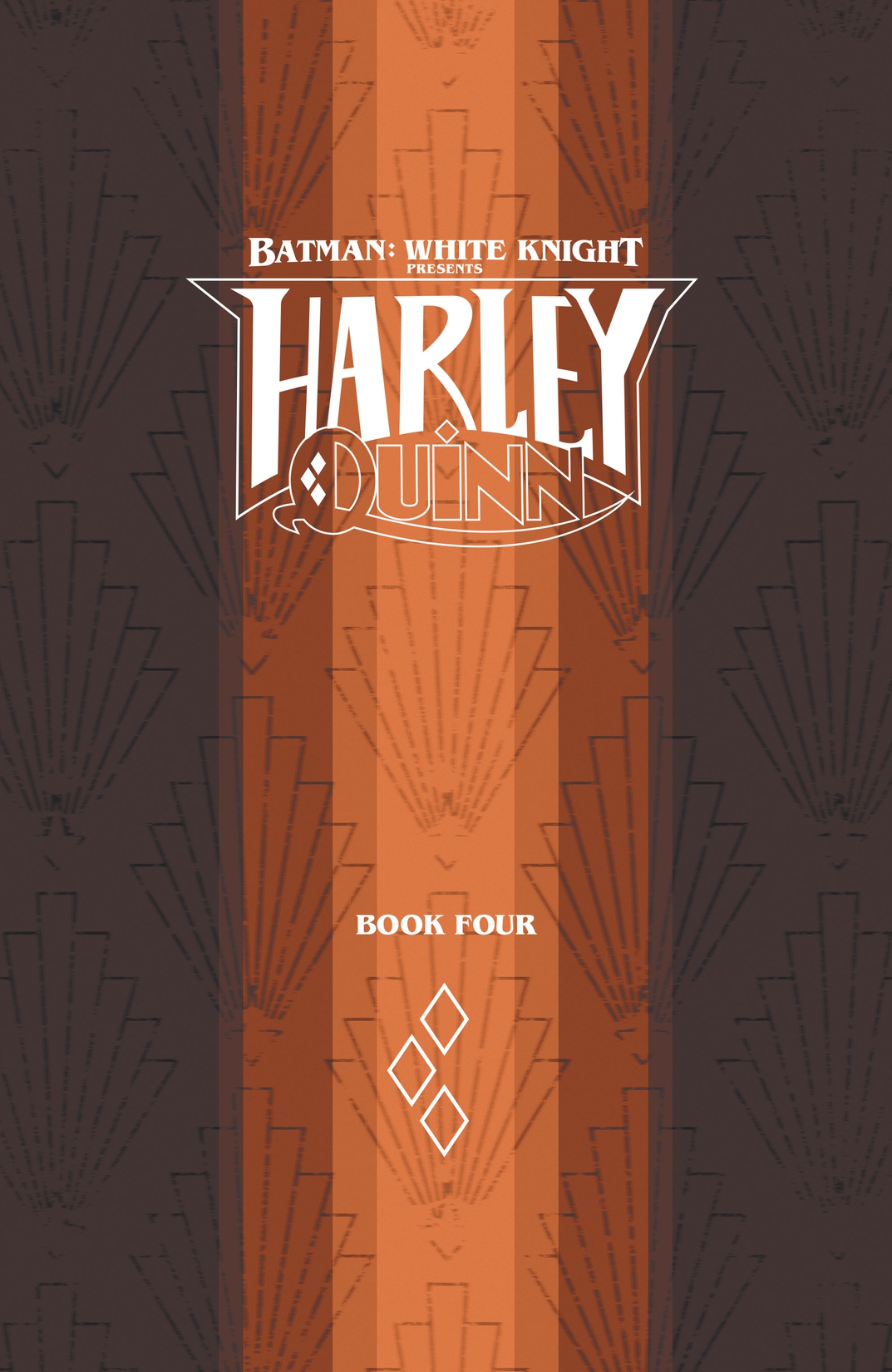 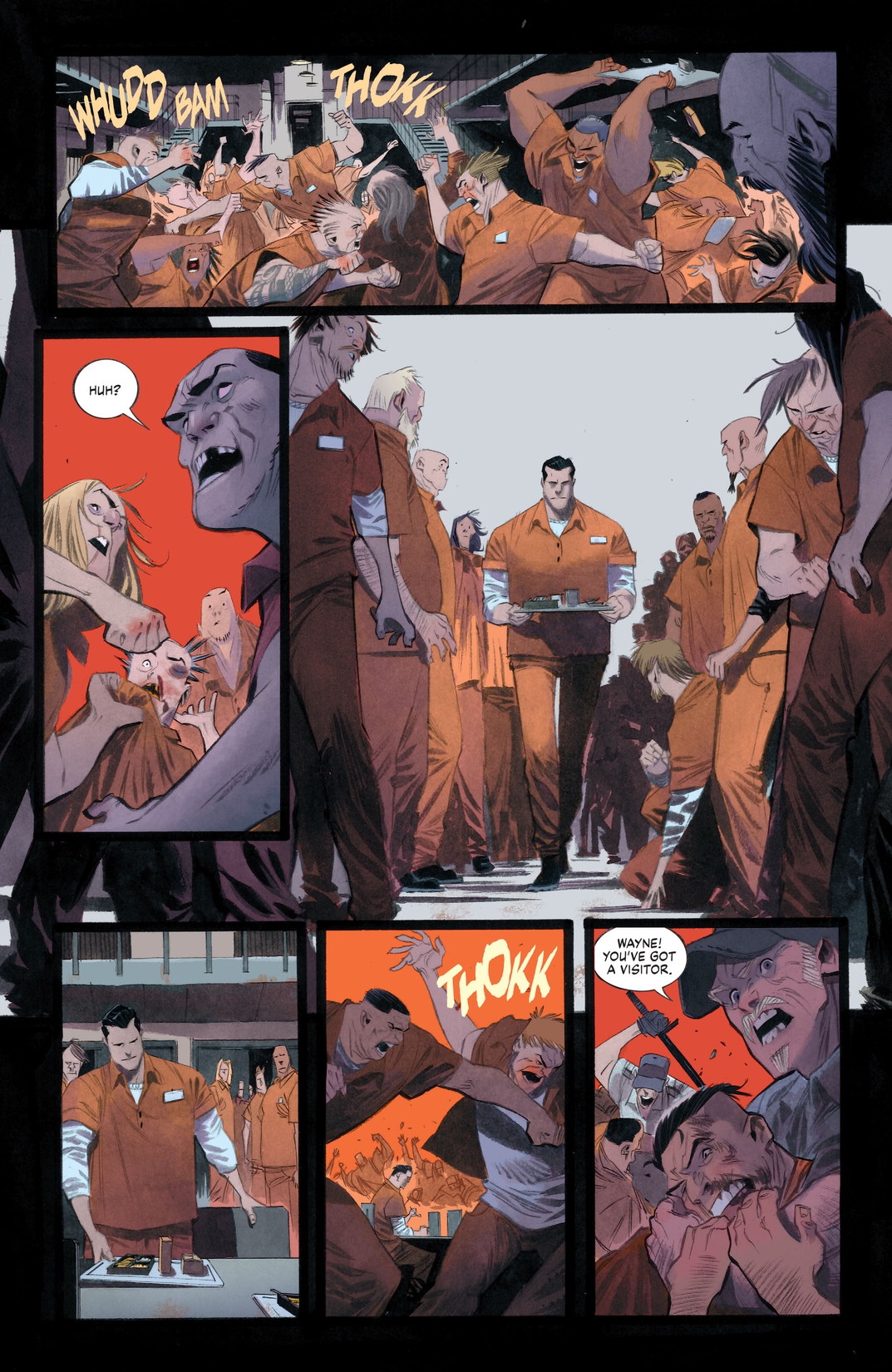 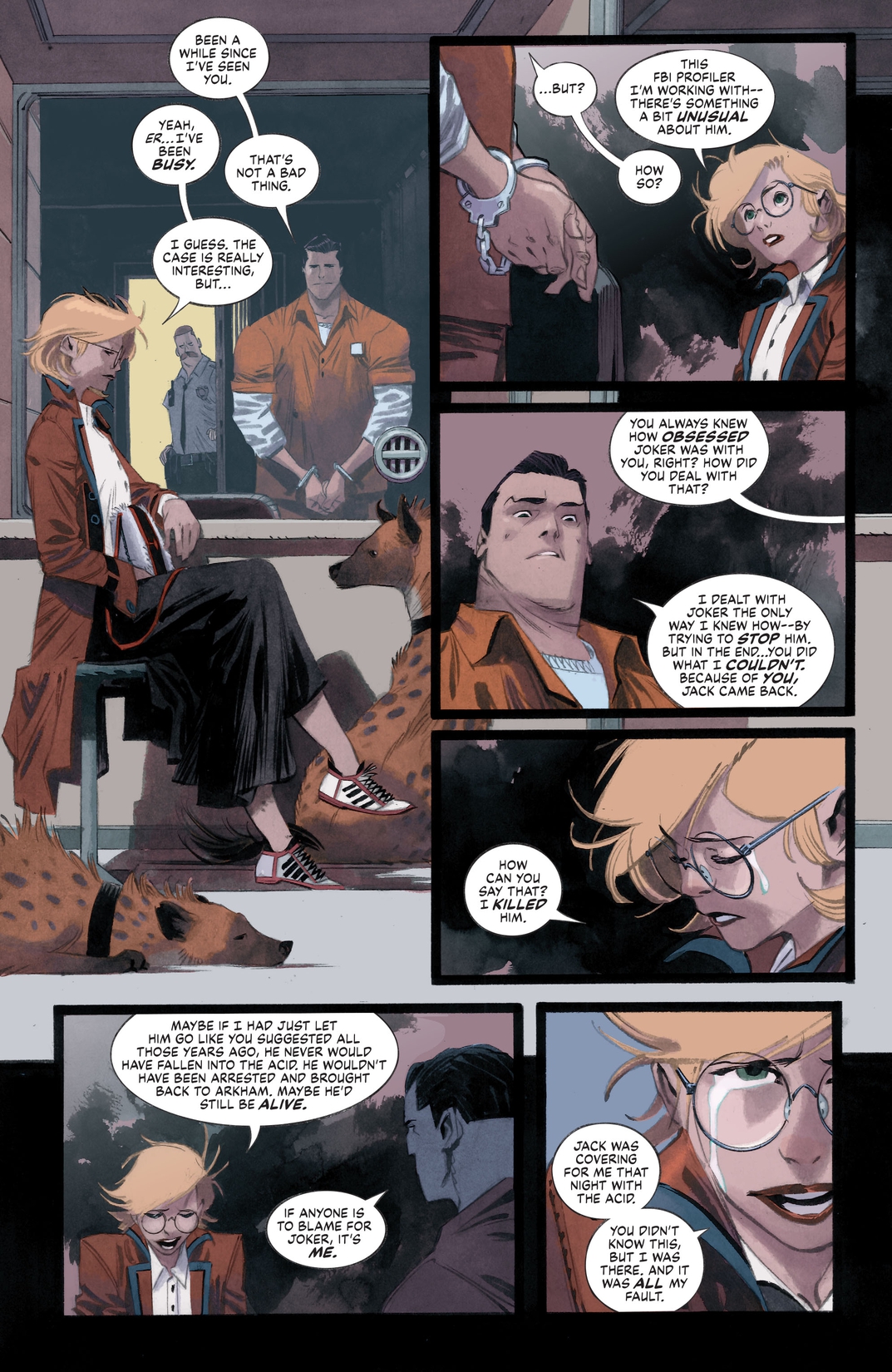 Harley’s pursuit of the Golden Age killer gets personal. Still in the fog of her discovery about Hector’s obsession, she relives her darkest memory of Jack’s transformation into The Joker-and her own early evolution into Harley Quinn. With Bruce’s counsel, she grapples with the guilt of her past and makes a choice that sends her straight into Starlet and the Producer’s den for an expertly staged showdown that will either crack the case or end her life.