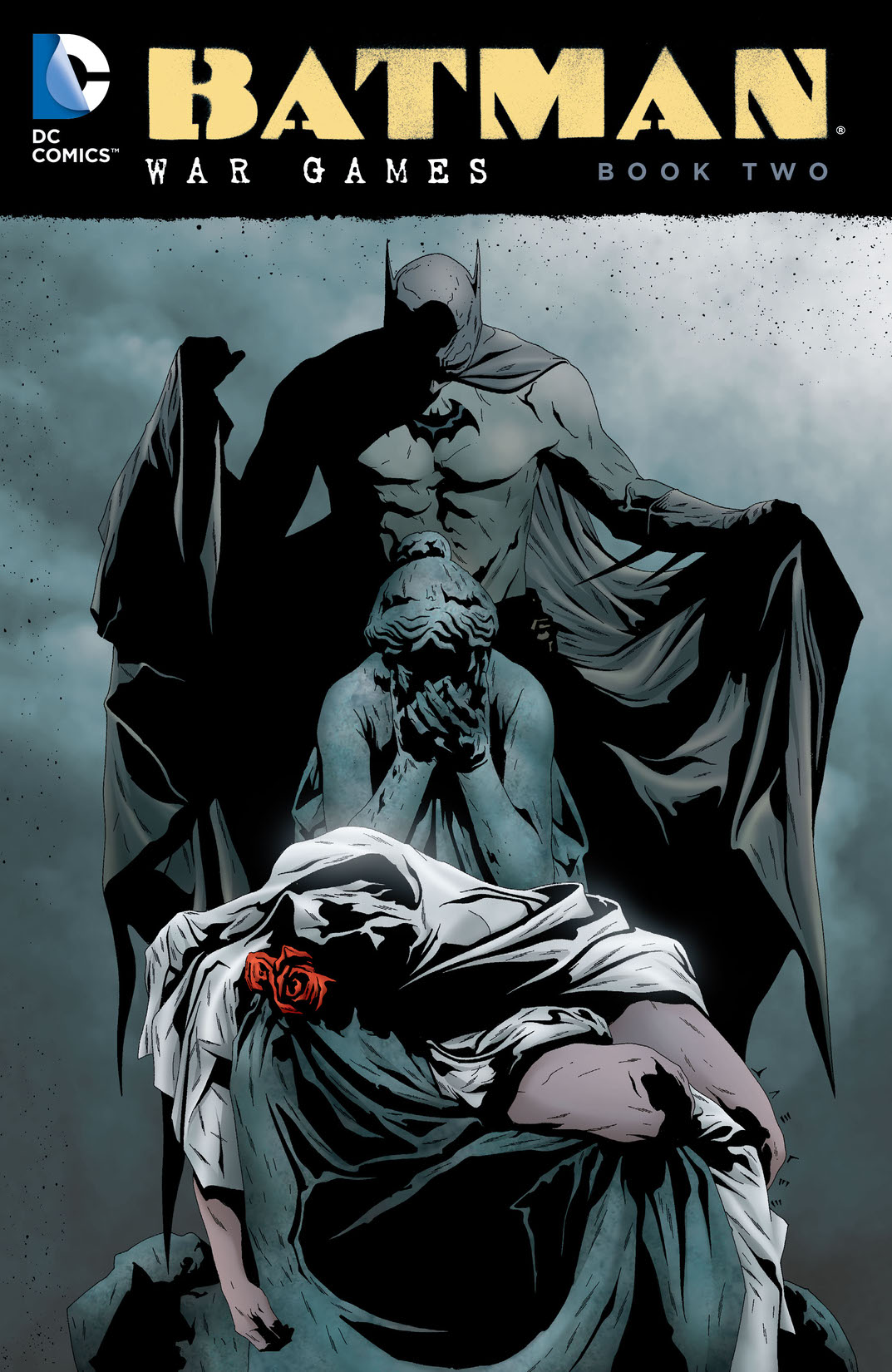 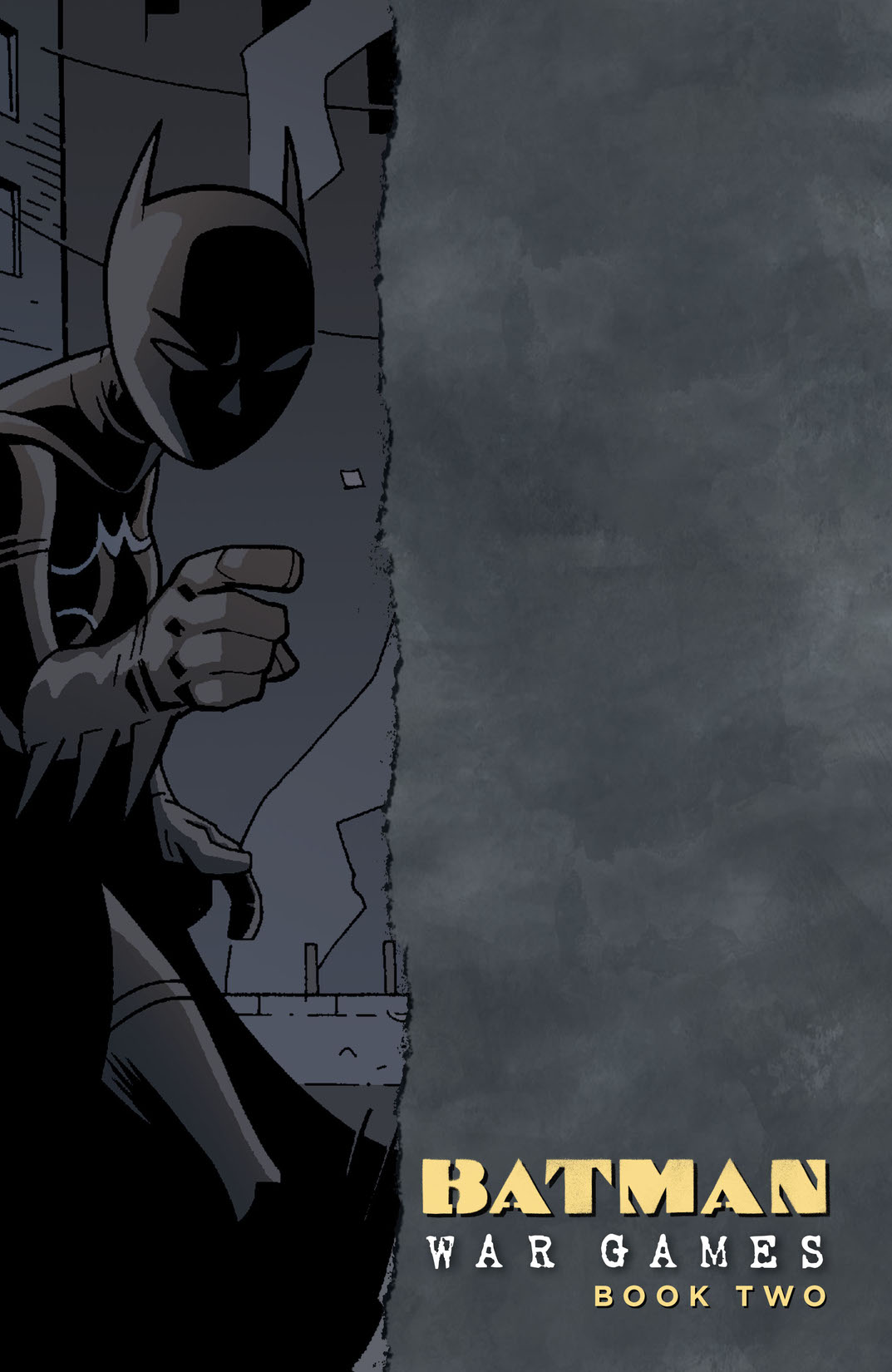 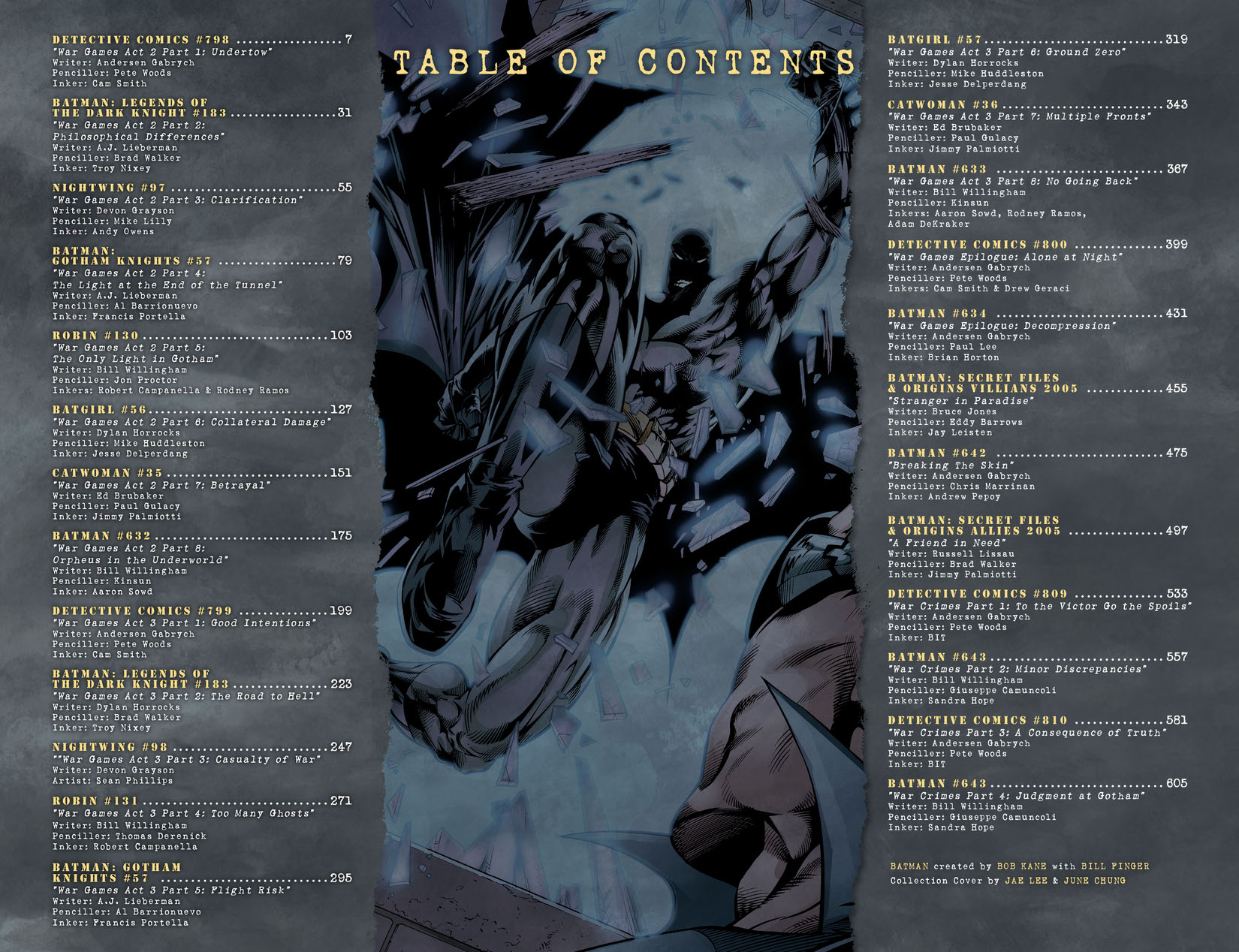 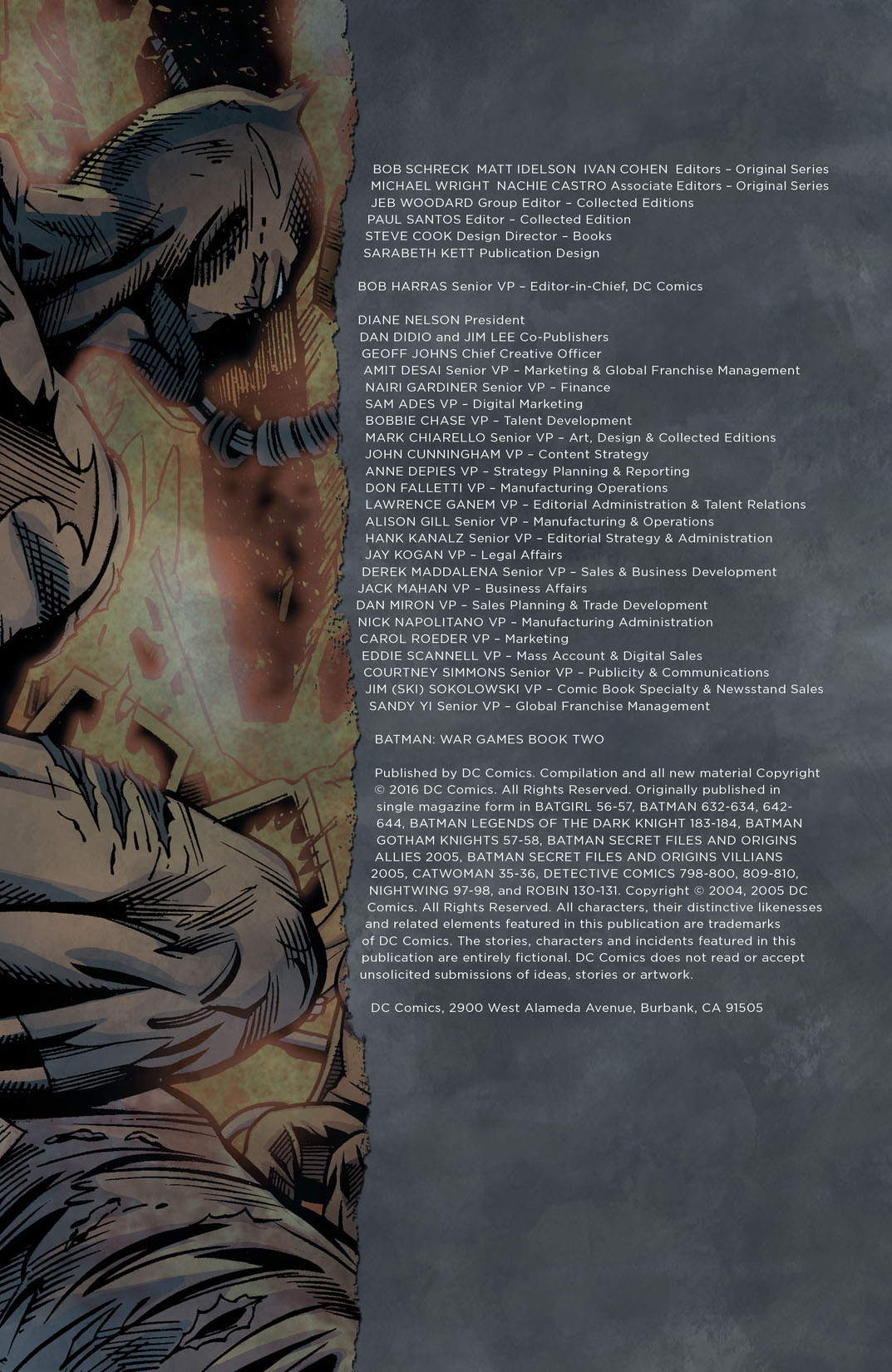 BATMAN: WAR GAMES BOOK TWO collects for the first time the complete epic conclusion of the “War Games” saga that changed the criminal underworld of Gotham City forever! Stephanie Brown, also known as the vigilante Spoiler, has made her former partner Batman’s training scenario a chilling reality. The various crime families are leaderless…the soldiers running for their lives while trying to grab a piece of the underworld pie for themselves. Batman is stunned to learn that the wave of terror and death threatening his beloved Gotham City originated closer to home than he ever imagined, and that someone he once trusted is responsible for the carnage. Now the streets are safe for no one. One master criminal emerges from the shadows, taking full advantage of the chaos, and he begins to consolidate the underworld in his grip. The Dark Knight and his allies have failed to contain the violence threatening Gotham City’s citizenry. The media have exploited the situation so people think Batman is acting against their best interests. Worse, he has lost the trust and support of Police Commissioner Akins, just when he needs it the most. Collects BATGIRL #56-57, BATMAN #632-634,642-644, BATMAN LEGENDS OF THE DARK KNIGHT #183-184, BATMAN GOTHAM KNIGHTS #57-58, BATMAN SECRET FILES AND ORIGINS ALLIES 2005, BATMAN SECRET FILES AND ORIGINS VILLAINS 2005, CATWOMAN #35-36, DETECTIVE COMICS #798-800, #809-810, NIGHTWING #97-98, and ROBIN #130-131