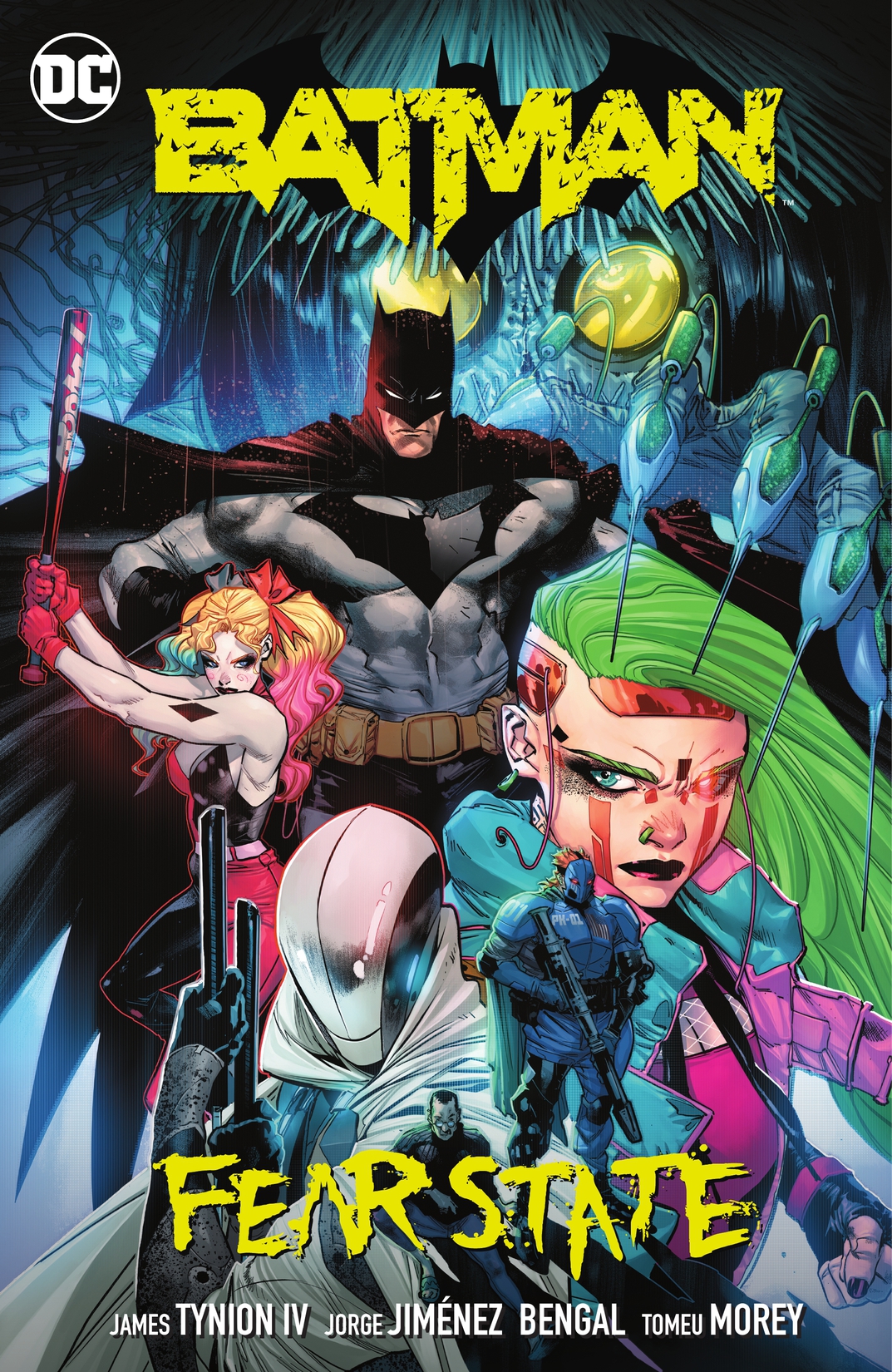 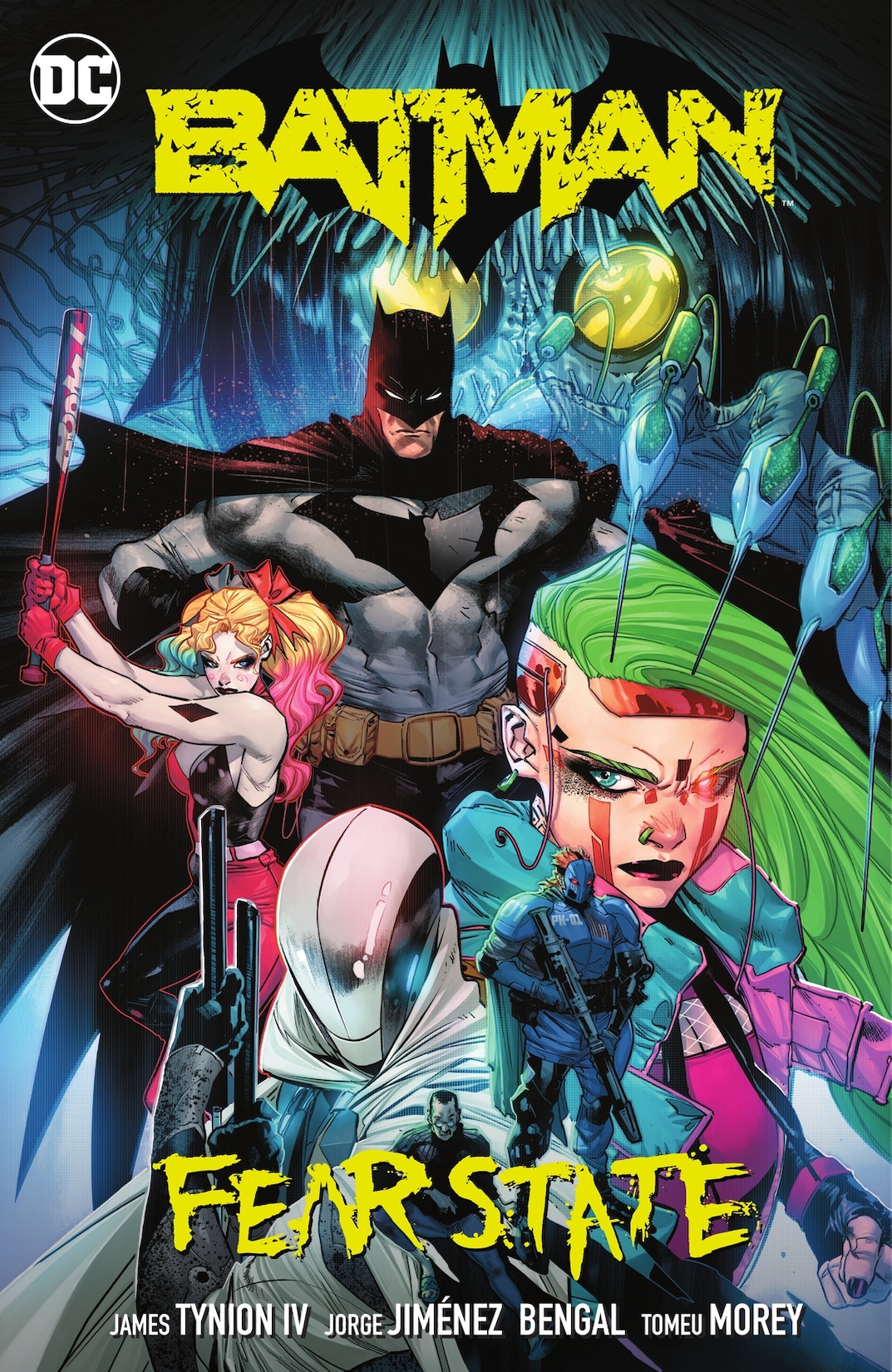 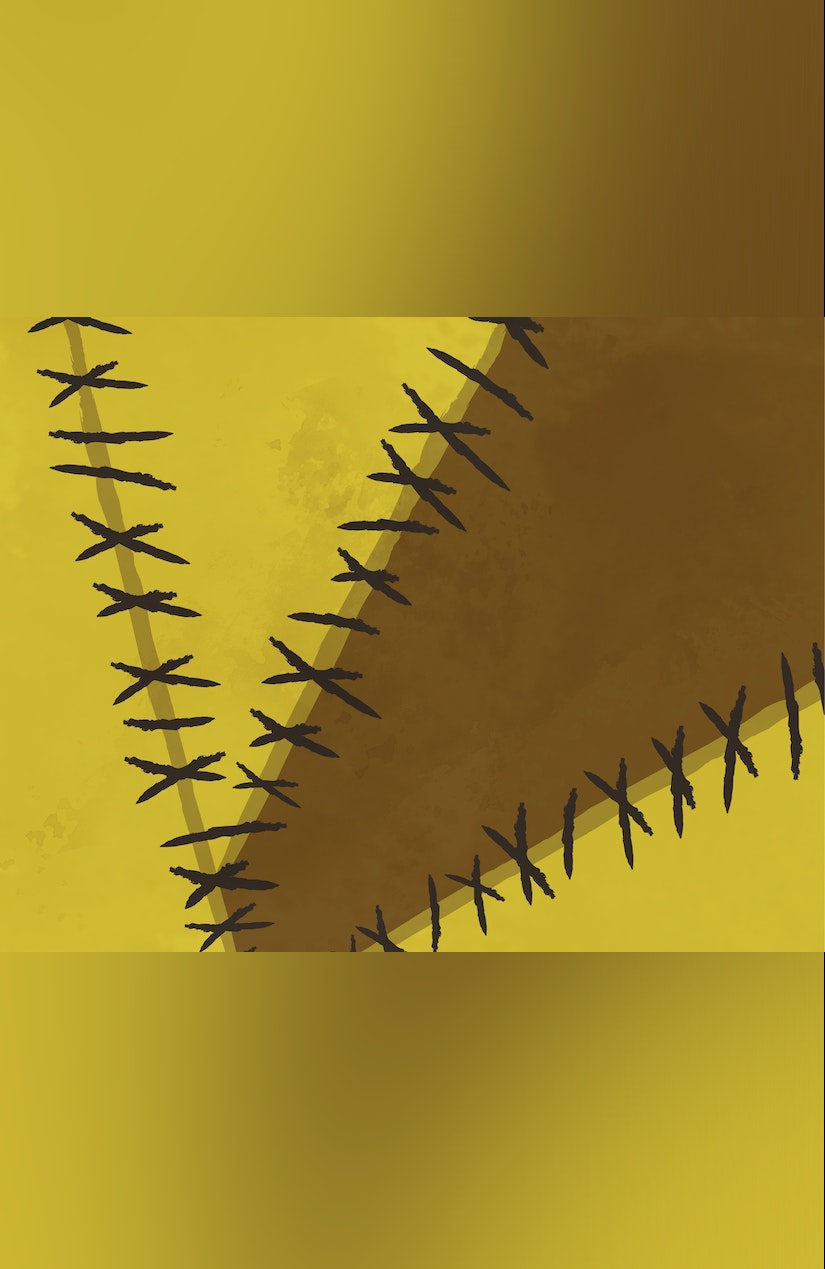 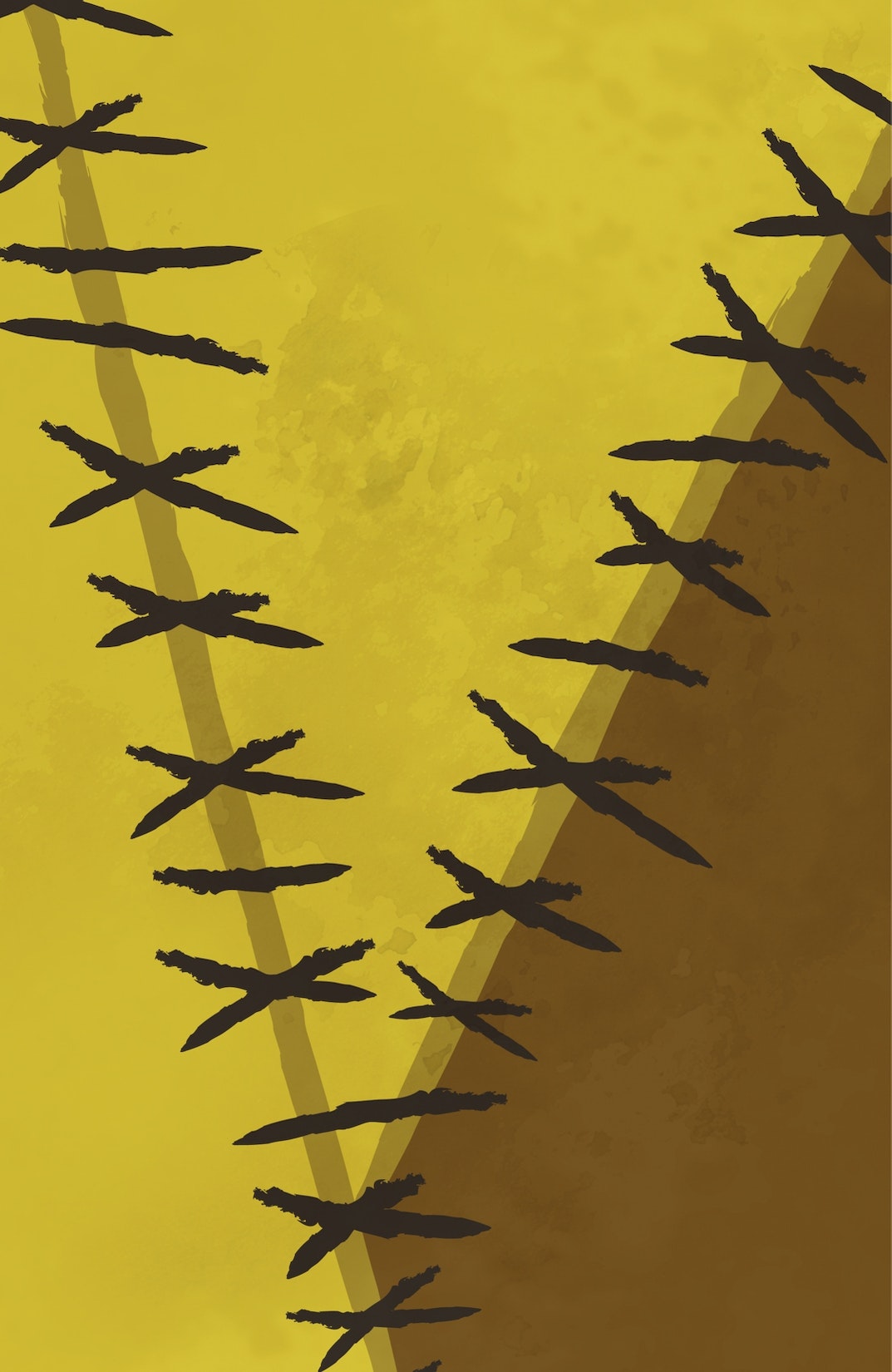 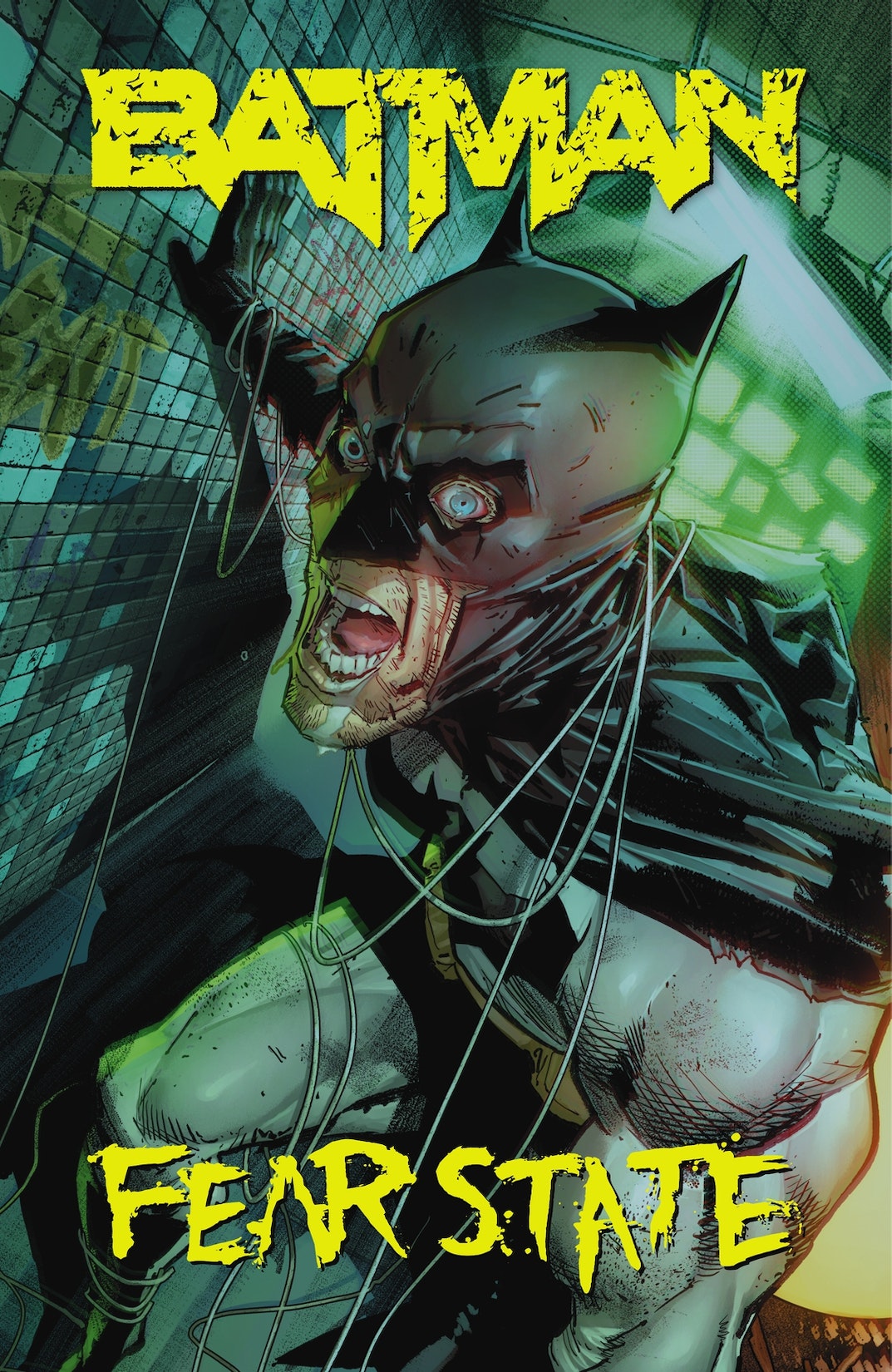 The Batman: The Joker War creative team of James Tynion IV and Jorge Jimenez continue their epic run with Gotham City on the brink of a violent evolutionary path and the danger level to Batman and his allies reaching a fever pitch! The Magistrate now has full support from the mayor to handle high-level law enforcement in Gotham and has branded the Dark Knight public enemy number one. Batman must also contend with the return of the Scarecrow, who pursues his own terrifying agenda as he takes this chaotic moment to launch his Fear State! Includes Batman #112-117.