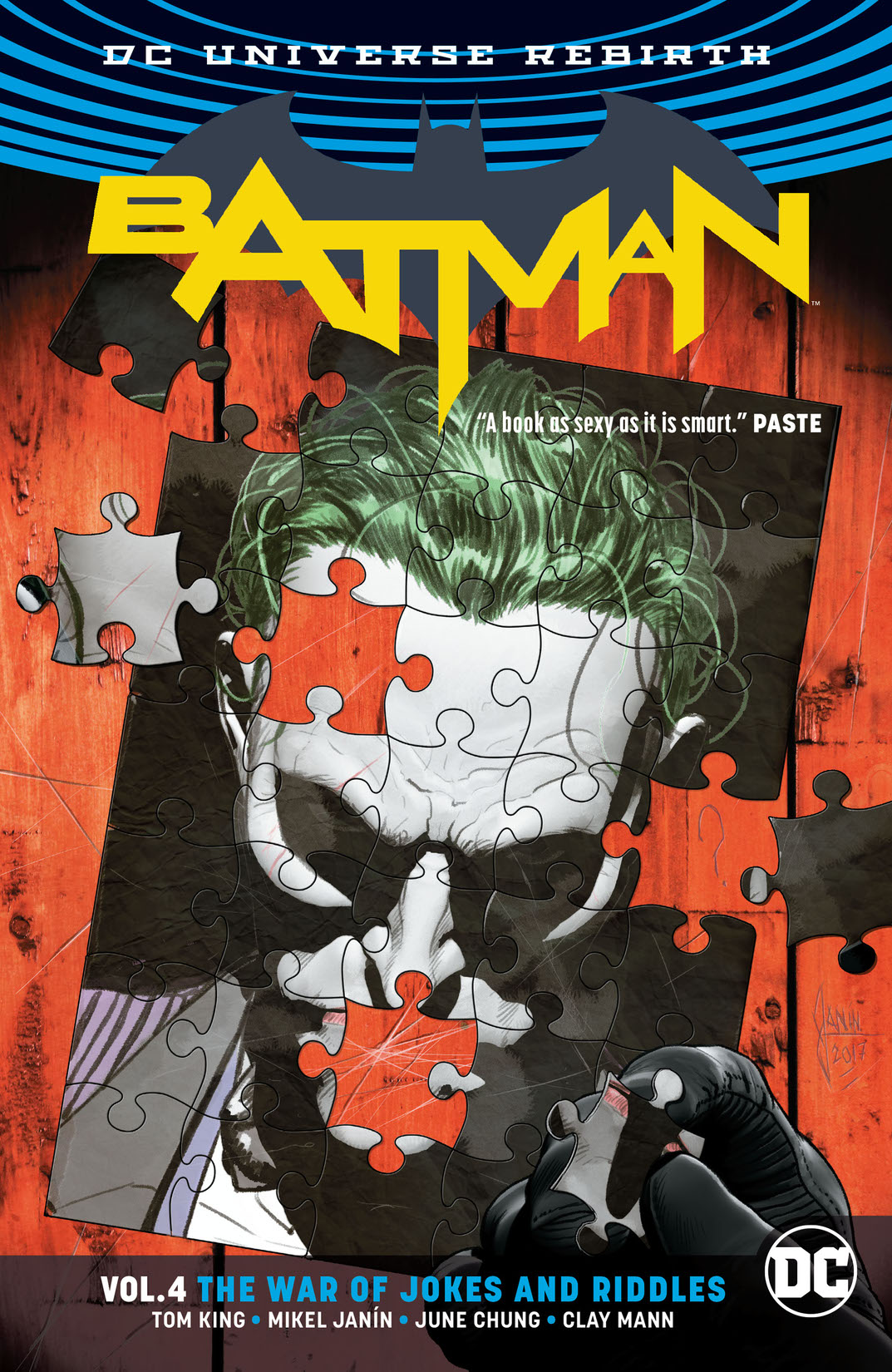 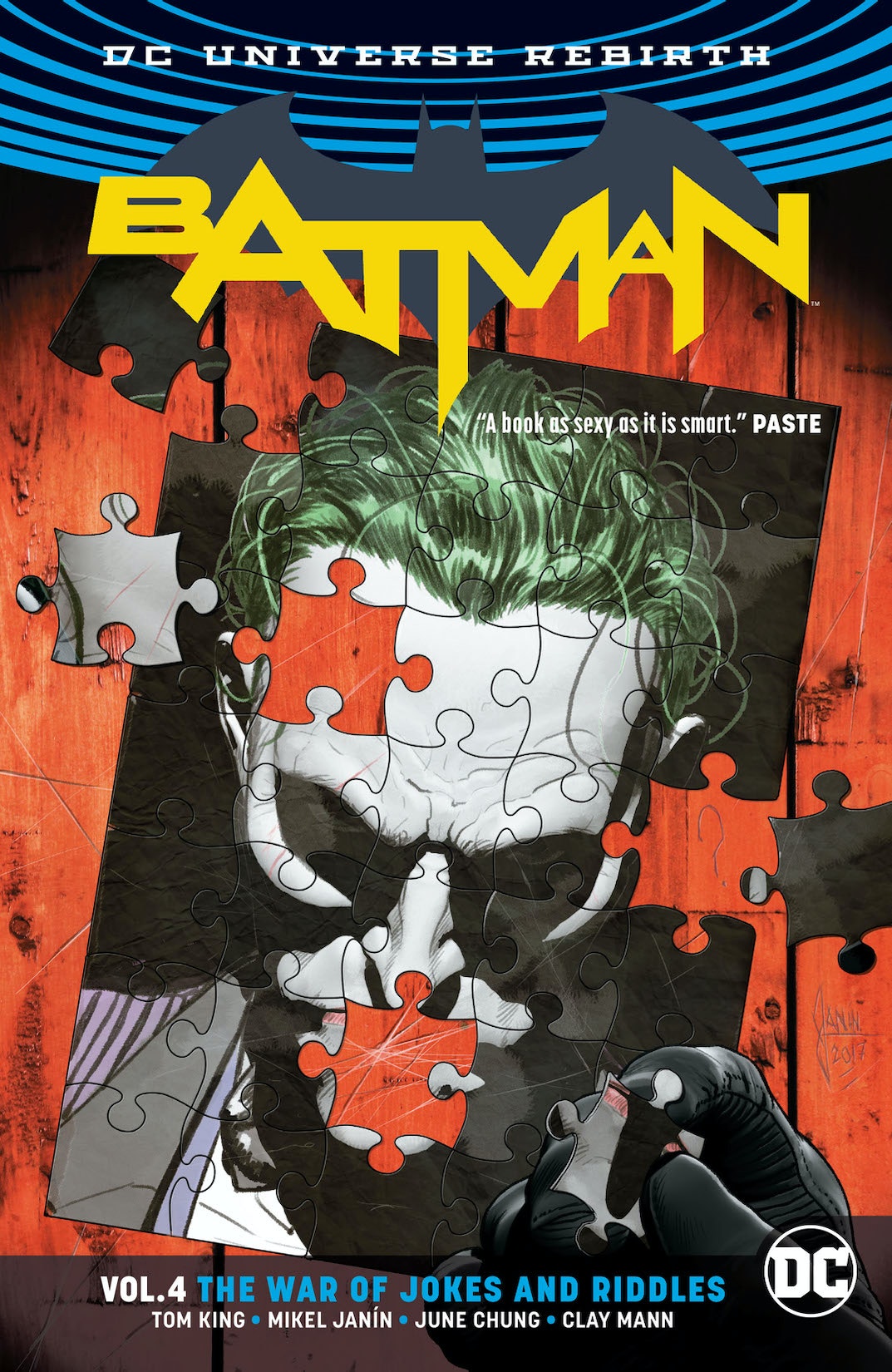 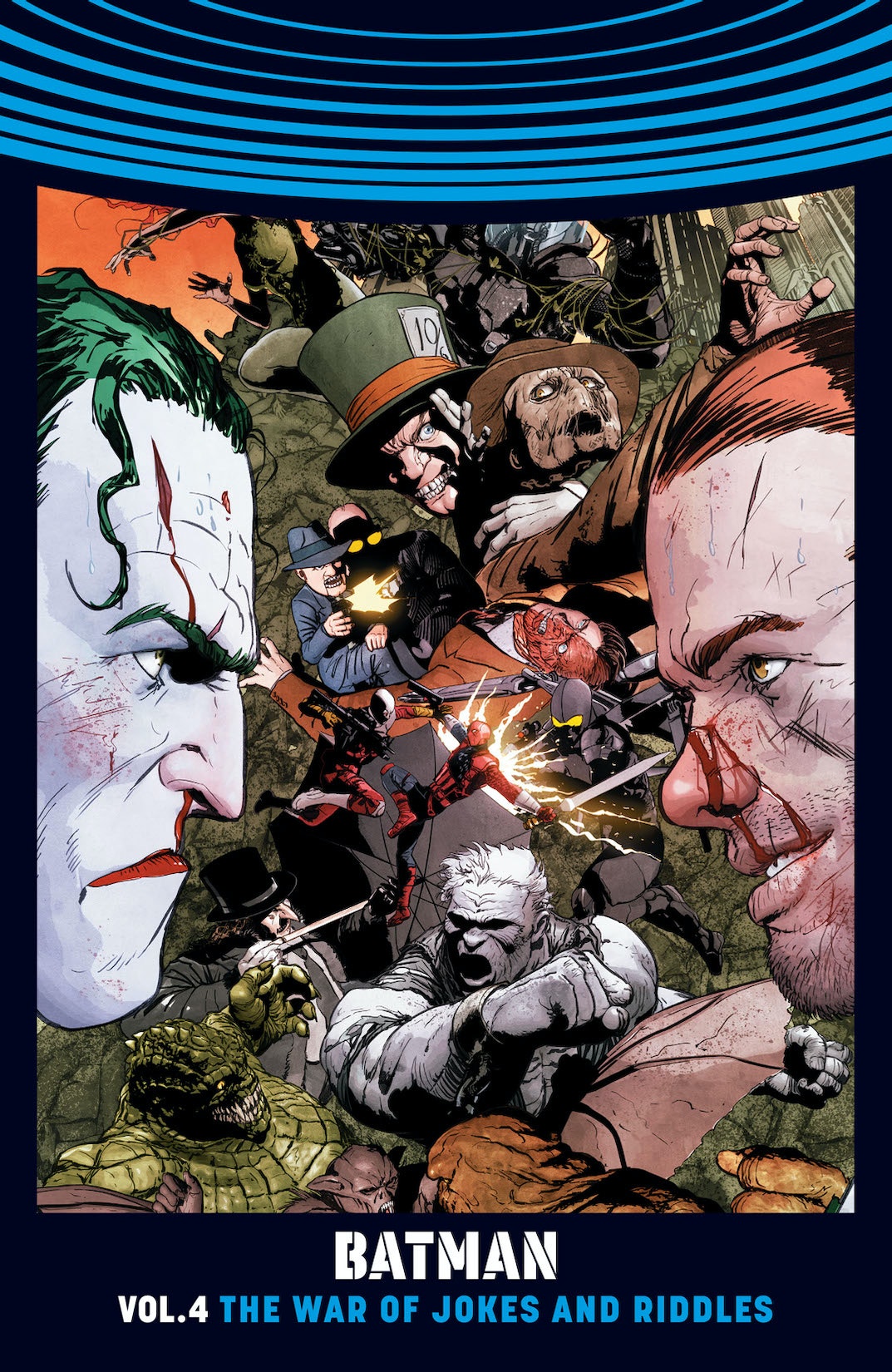 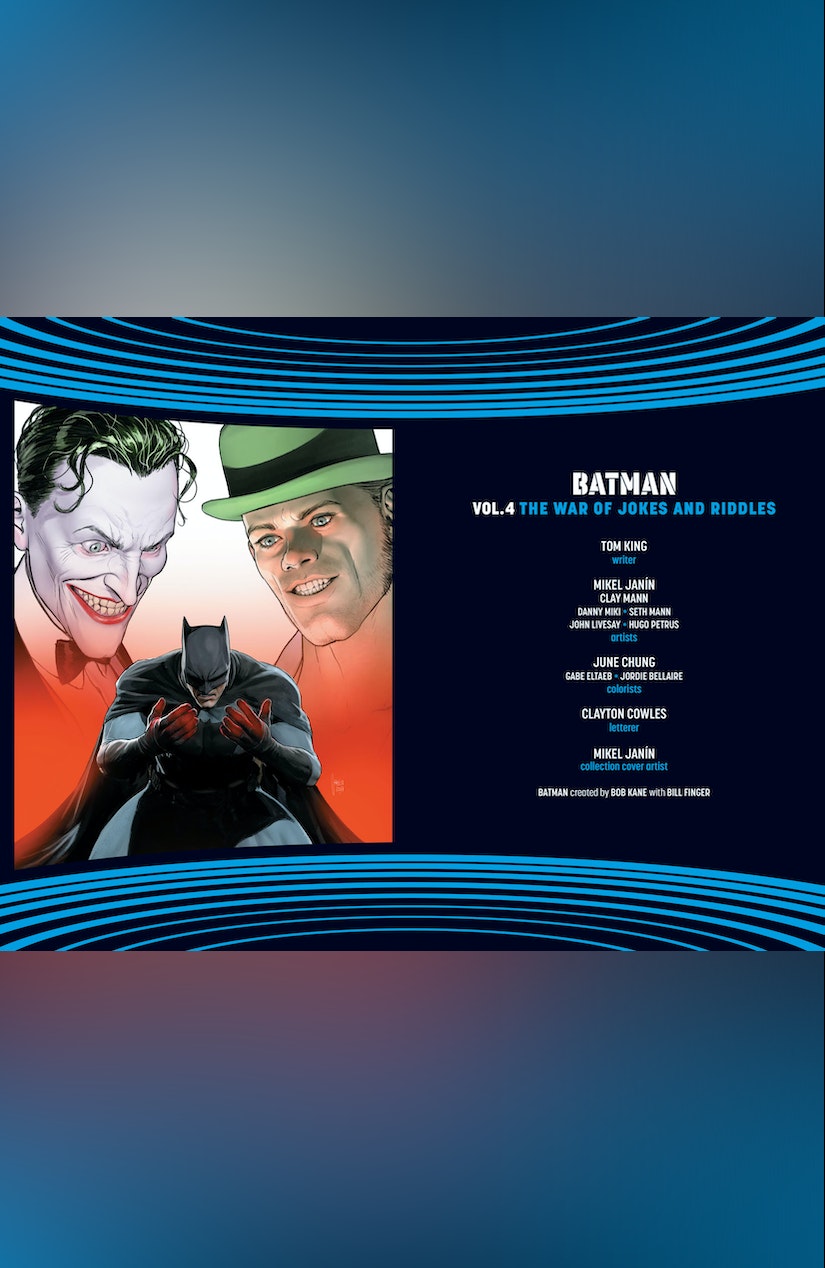 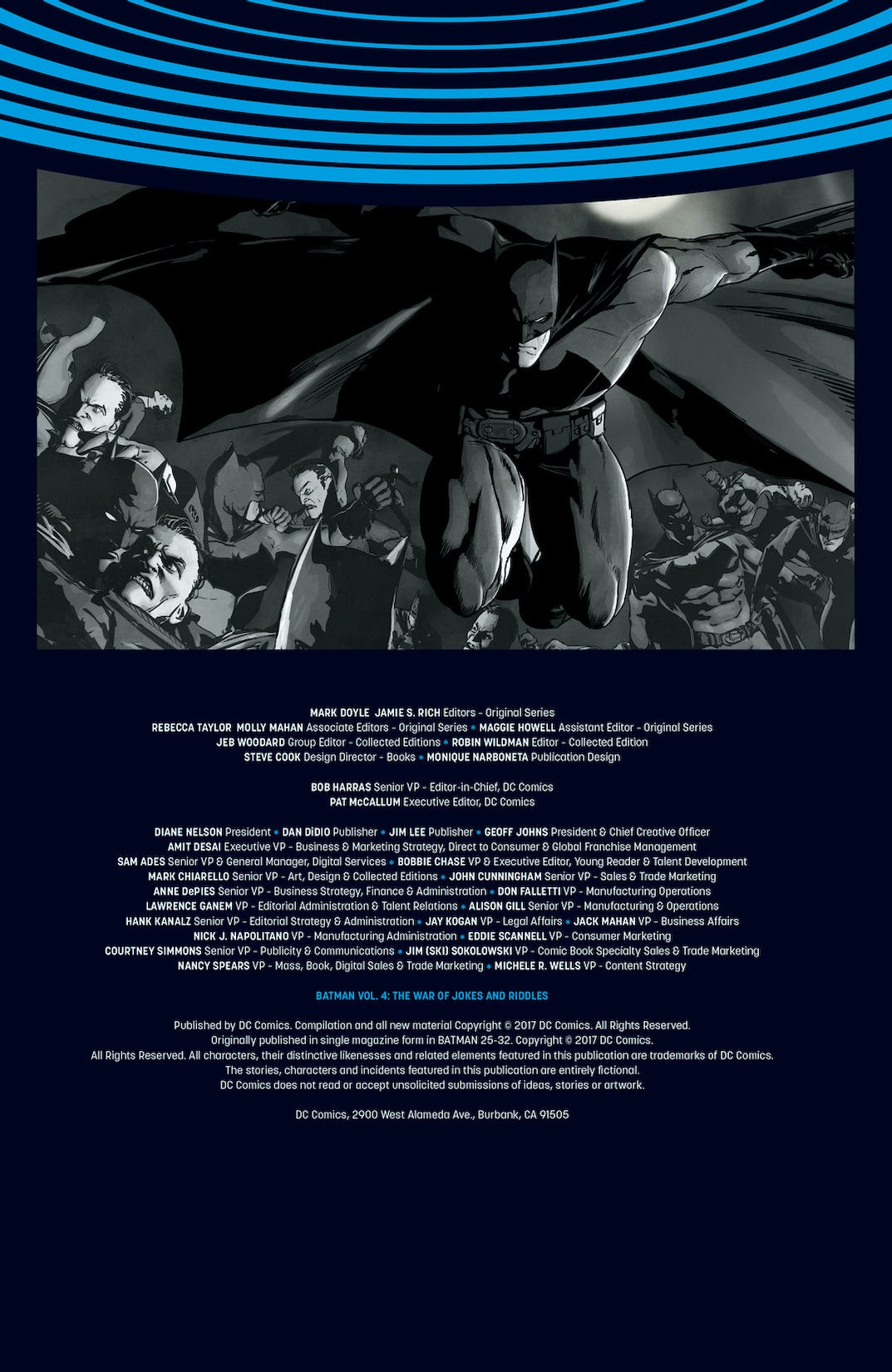 Batman Vol. 4: The War of Jokes and Riddles

Batman Vol. 4: The War of Jokes and Riddles

Early in Batman’s career, the Joker and the Riddler would seemingly be natural allies. But each man determined that he and he alone must be the one to kill the Bat...and either would sooner burn down Gotham than be beaten to the punch line. Untold until now, one of the darkest chapters in Batman’s history sees all of Gotham’s villains choosing sides in a battle of wits that soon turns into a full-blown war—complete with civilian casualties. In the War of Jokes and Riddles, only one side can claim victory...but the scars it leaves will shape Batman’s future as he makes the most important decision of his life. From the critically acclaimed, best-selling creative team of Tom King (GRAYSON, The Vision) and Mikel Janin (JUSTICE LEAGUE DARK), the epic graphic tale BATMAN: THE WAR OF JOKES AND RIDDLES has quickly embedded itself as one of the great stories in the Dark Knight’s mythology. Collects issues #25-32.