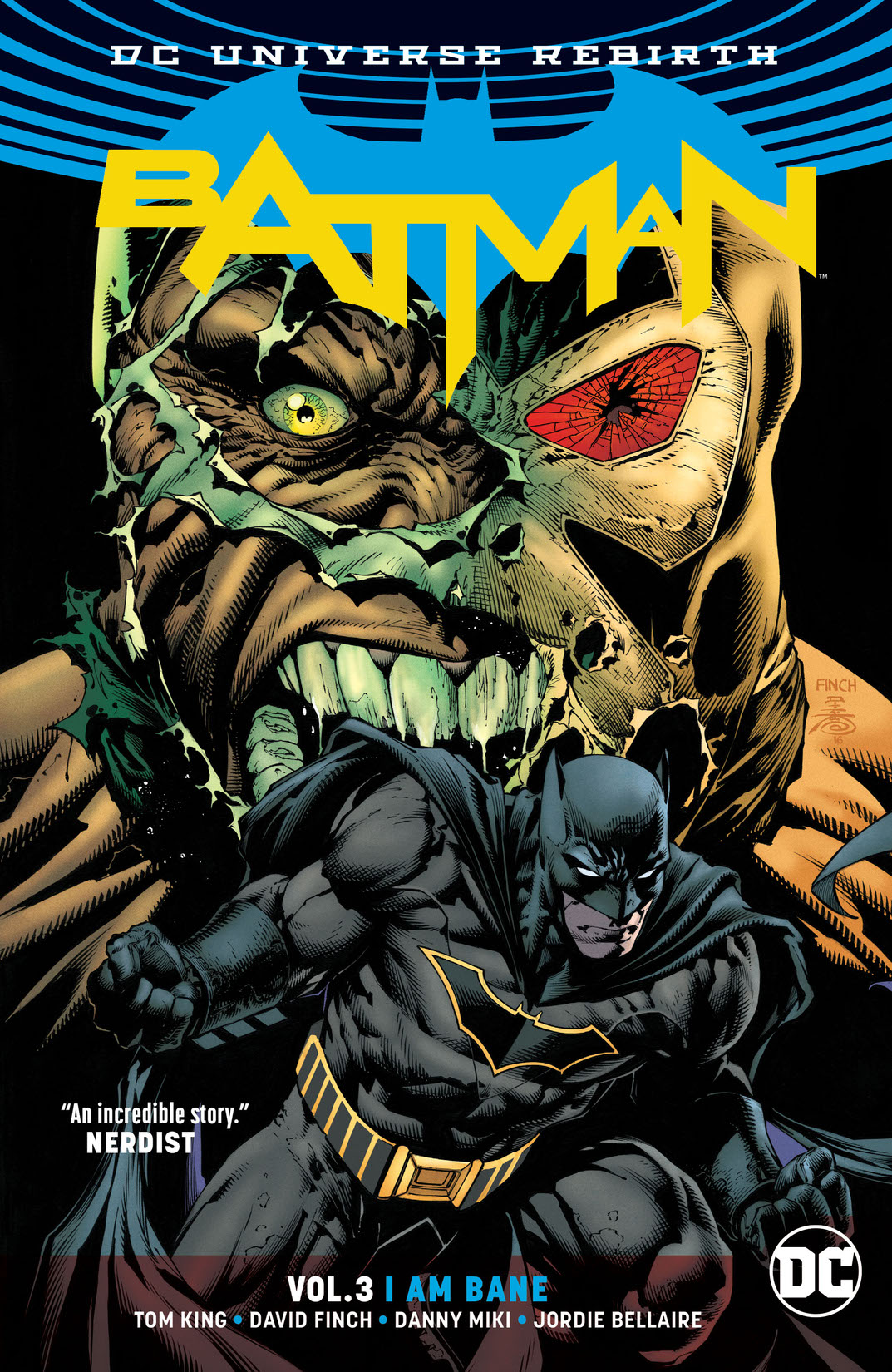 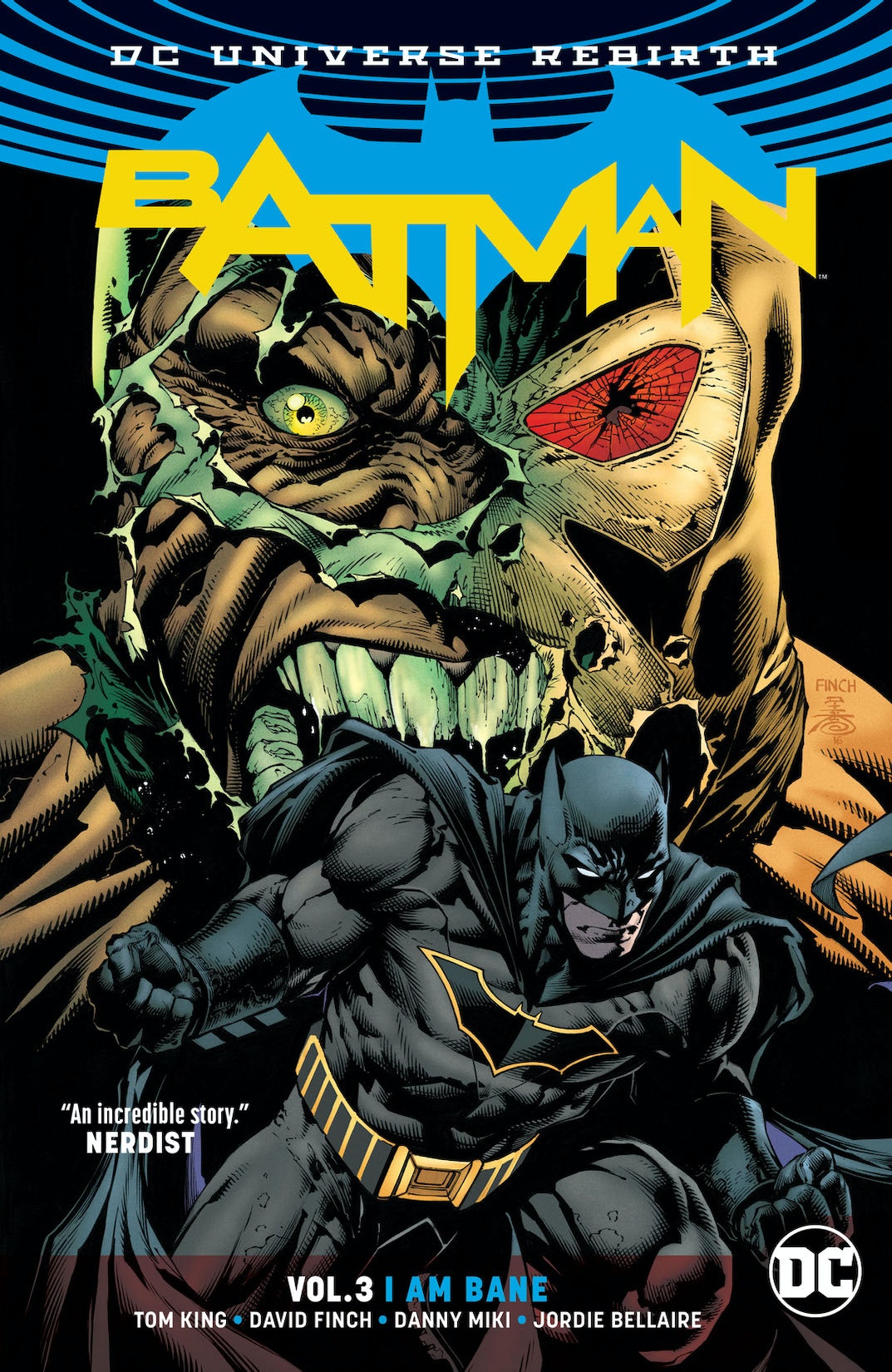 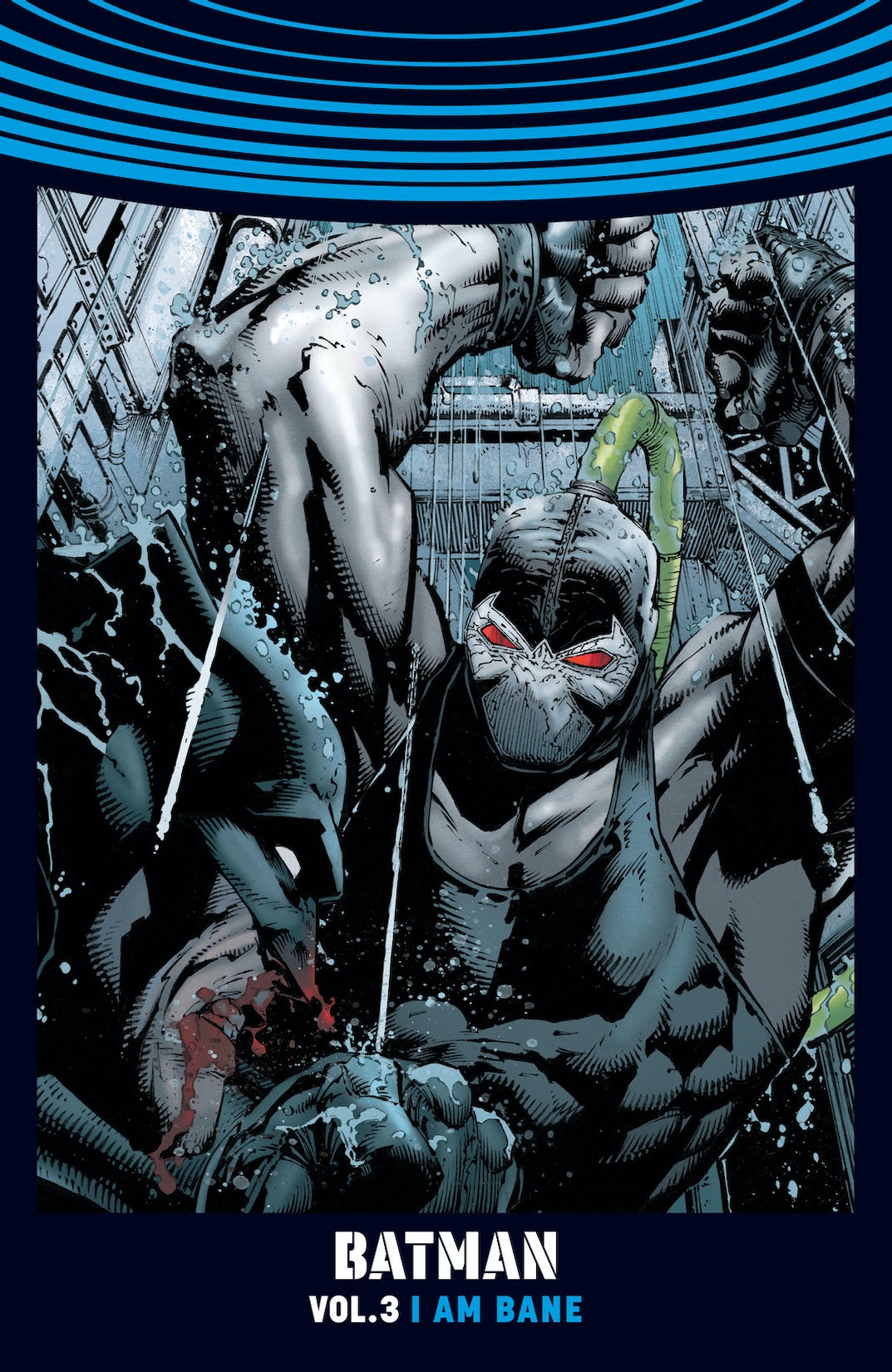 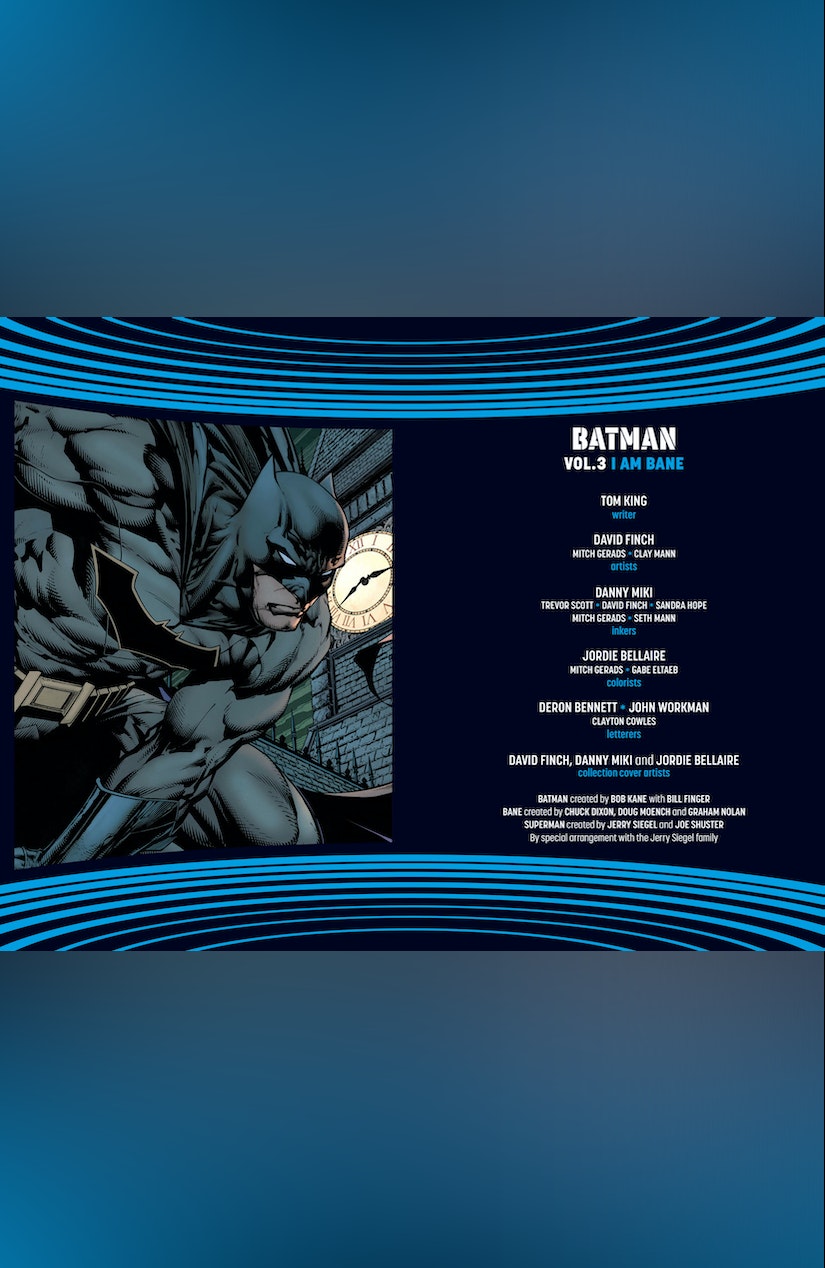 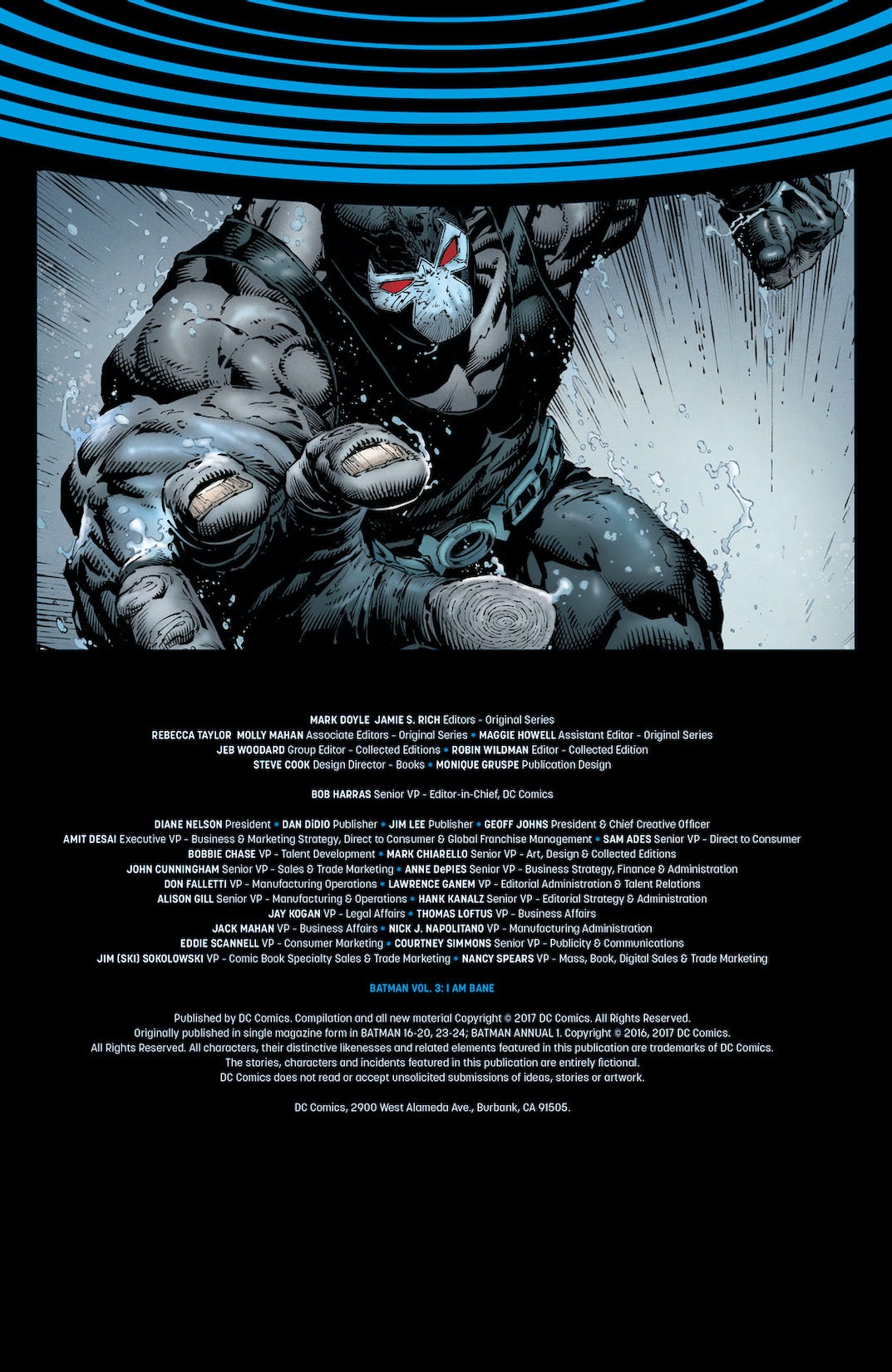 Superstar artist David Finch (WONDER WOMAN) completes his run on the Dark Knight in BATMAN VOL. 3: I AM BANE, the stunning new chapter in writer Tom King’s (THE SHERIFF OF BABYLON) wildly acclaimed Batman saga. He is not a joke. He is not a riddle. He is not a bird or a cat or a penguin, not a scarecrow or a plant or a puppet. He is not a fairy tale or a circus act, a broken friend or a regretful mentor. He is no rich boy pretending to be a knight. He is Bane. The Batman invaded his home, scarred his mind and broke his back. Now Bane has returned to Gotham City for a single purpose: break the Batman once and for all. But first, he’ll destroy everyone the Dark Knight has ever loved…or loathed. The young heroes who’ve worn the mantle of Robin. The cops, crime-fighters and vigilantes who make up Batman’s army of allies. Even the madmen and monsters that haunt the halls of Arkham Asylum. Batman will need all of their help—and more—to fend off this unstoppable challenger. Because both Bane and Batman know one thing: only one of them will walk away from their final confrontation unbroken… Collects stories from BATMAN #16-20, 23-24 and BATMAN ANNUAL #1.