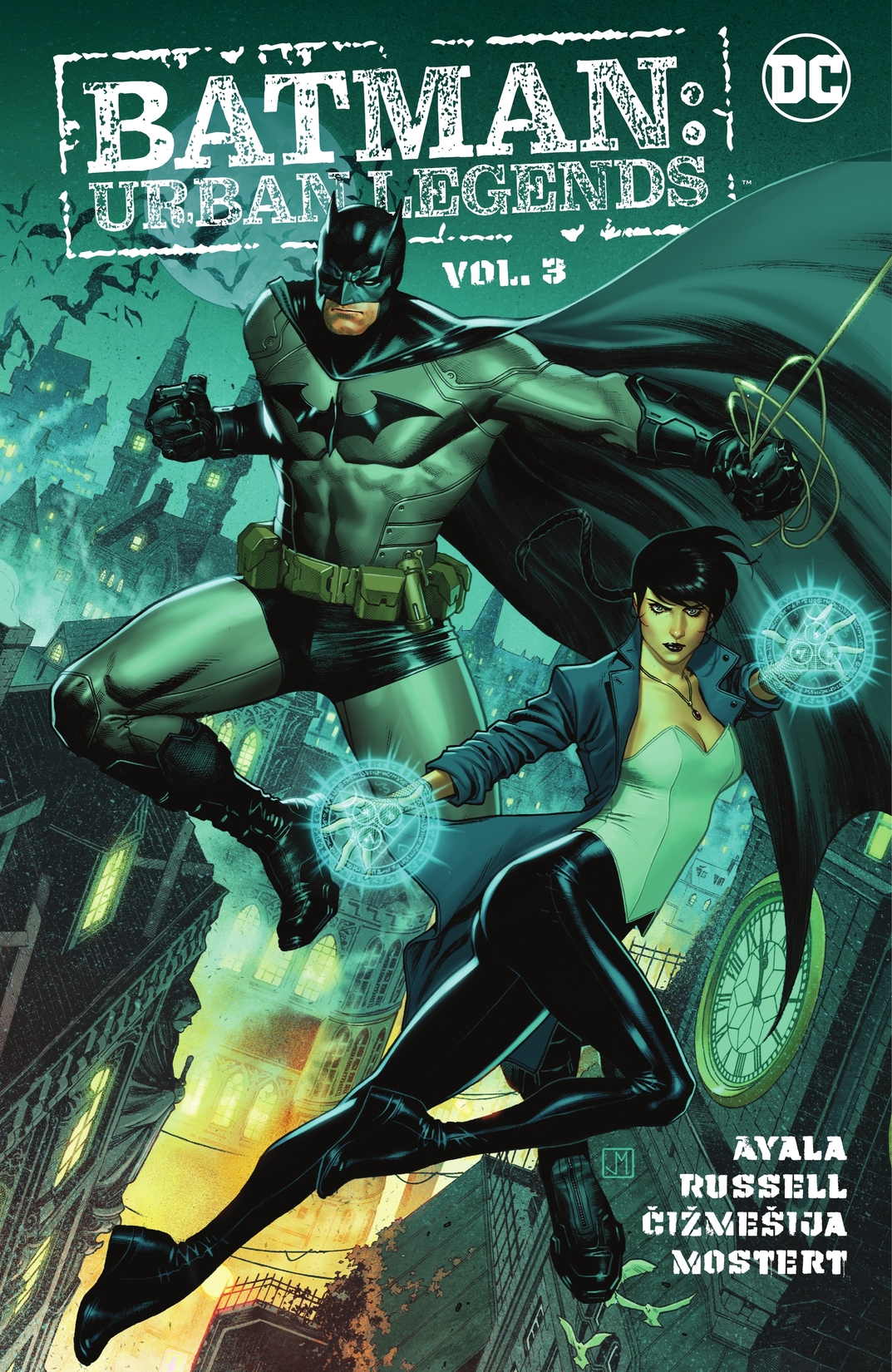 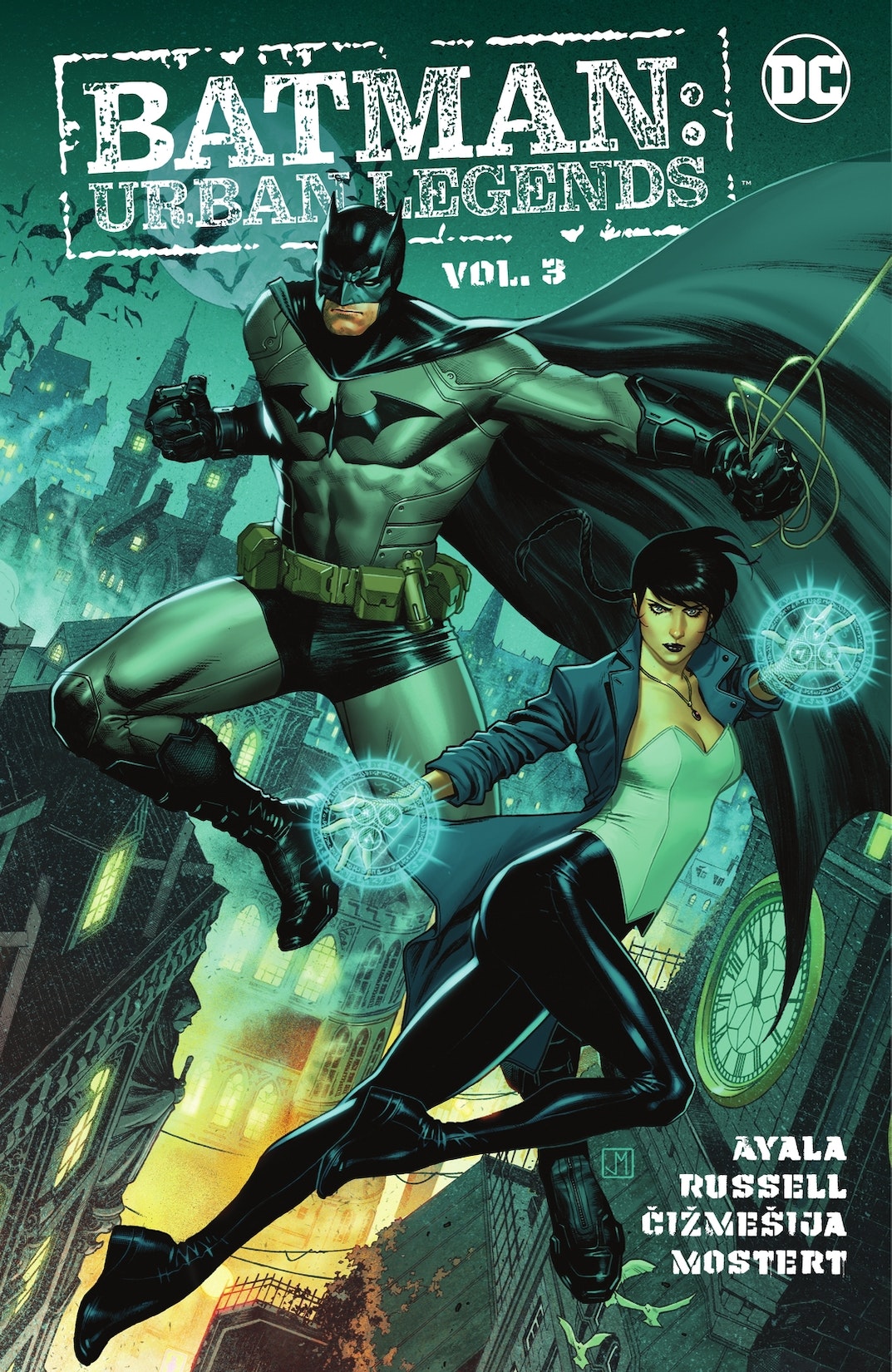 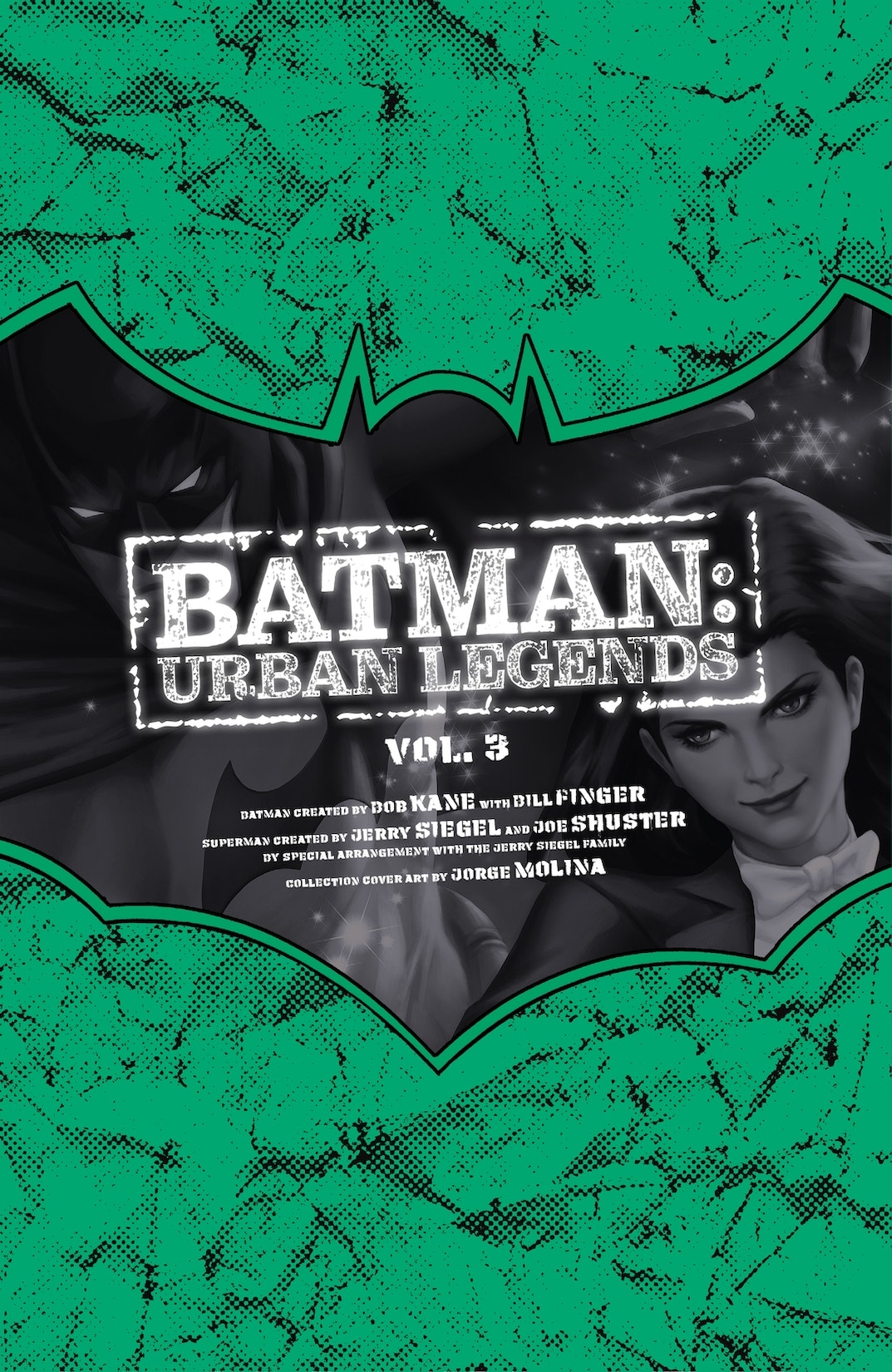 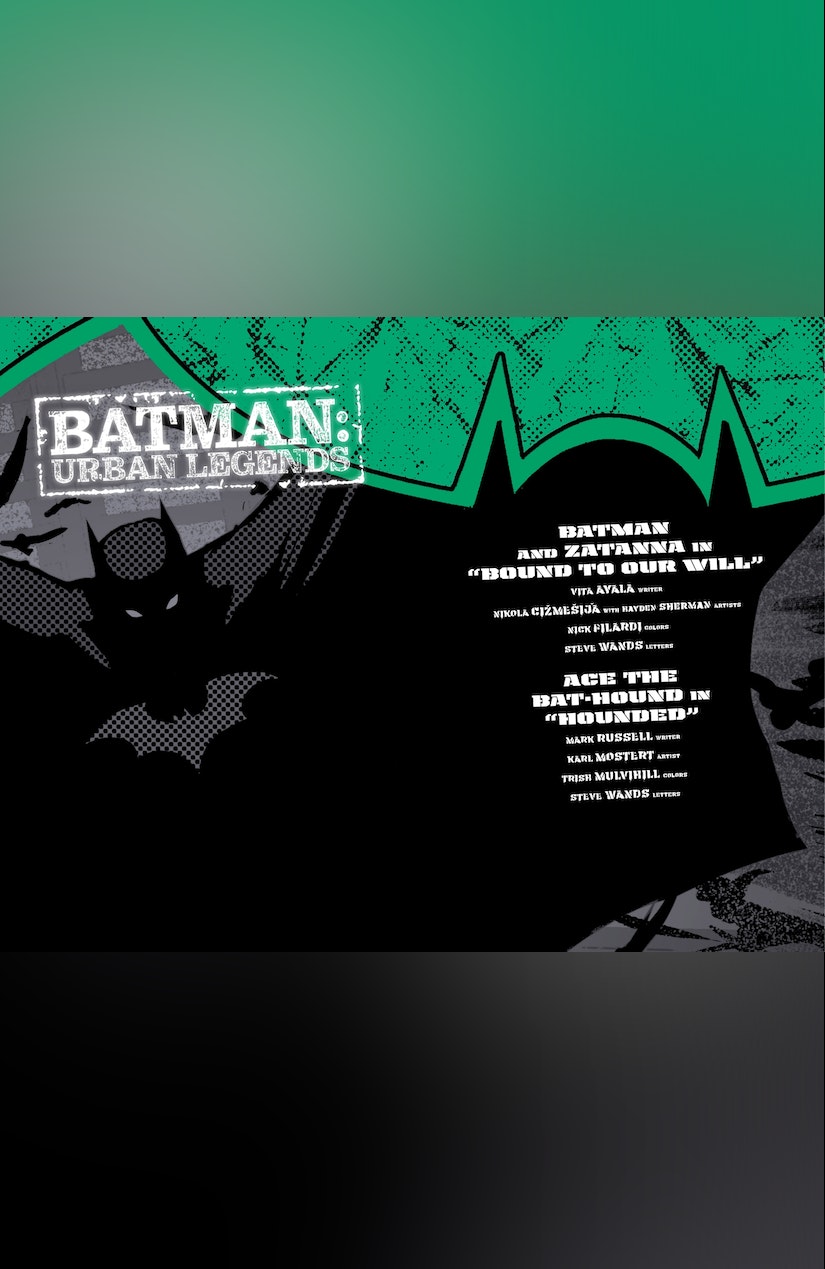 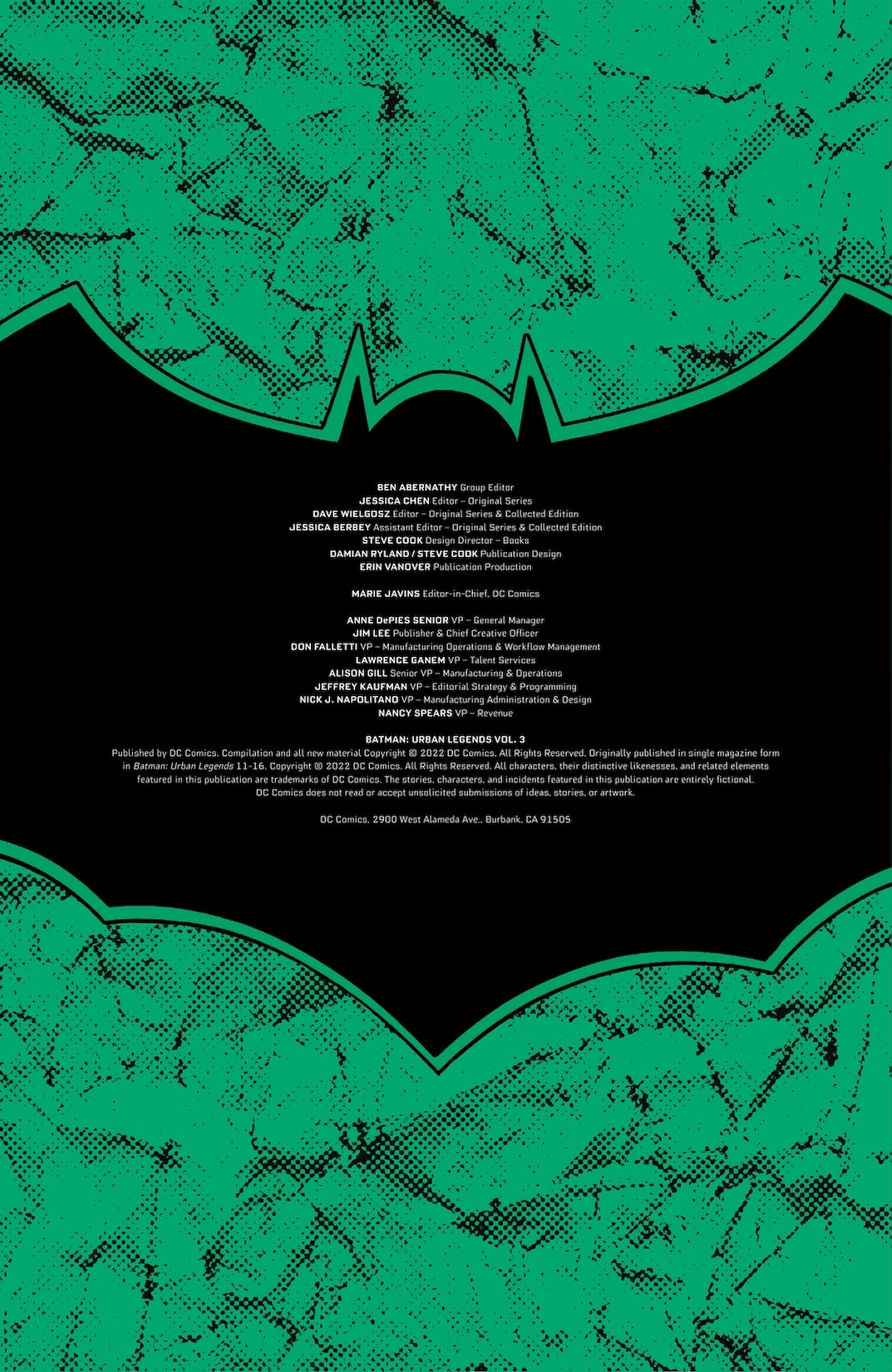 The third volume in the bestselling and critically acclaimed Batman anthology title is here, collecting the feature stories “Batman & Zatanna: Bound to Our Will” and “Hounded” that originally ran in issues #11-16 of Batman: Urban Legends. Batman & Zatanna: Batman & Zatanna have to contain a curse that they helped release. But in order to reverse its effects, they’re going to have to fix their frayed relationship. From the creative team of Vita Ayala and Nikola Čižmešija, this is a magical epic you won’t want to miss! Hounded: (Bat)man’s best friend Ace the Bat-Hound breaks out of an animal testing facility with his new super-fur-friends Ursa the Russian bear, Eggbert the genius chicken, Merton the turtle, and Li’l Nutz the cunning squirrel, in order to sniff out where Batman’s been kidnapped for auction to his rogues gallery!