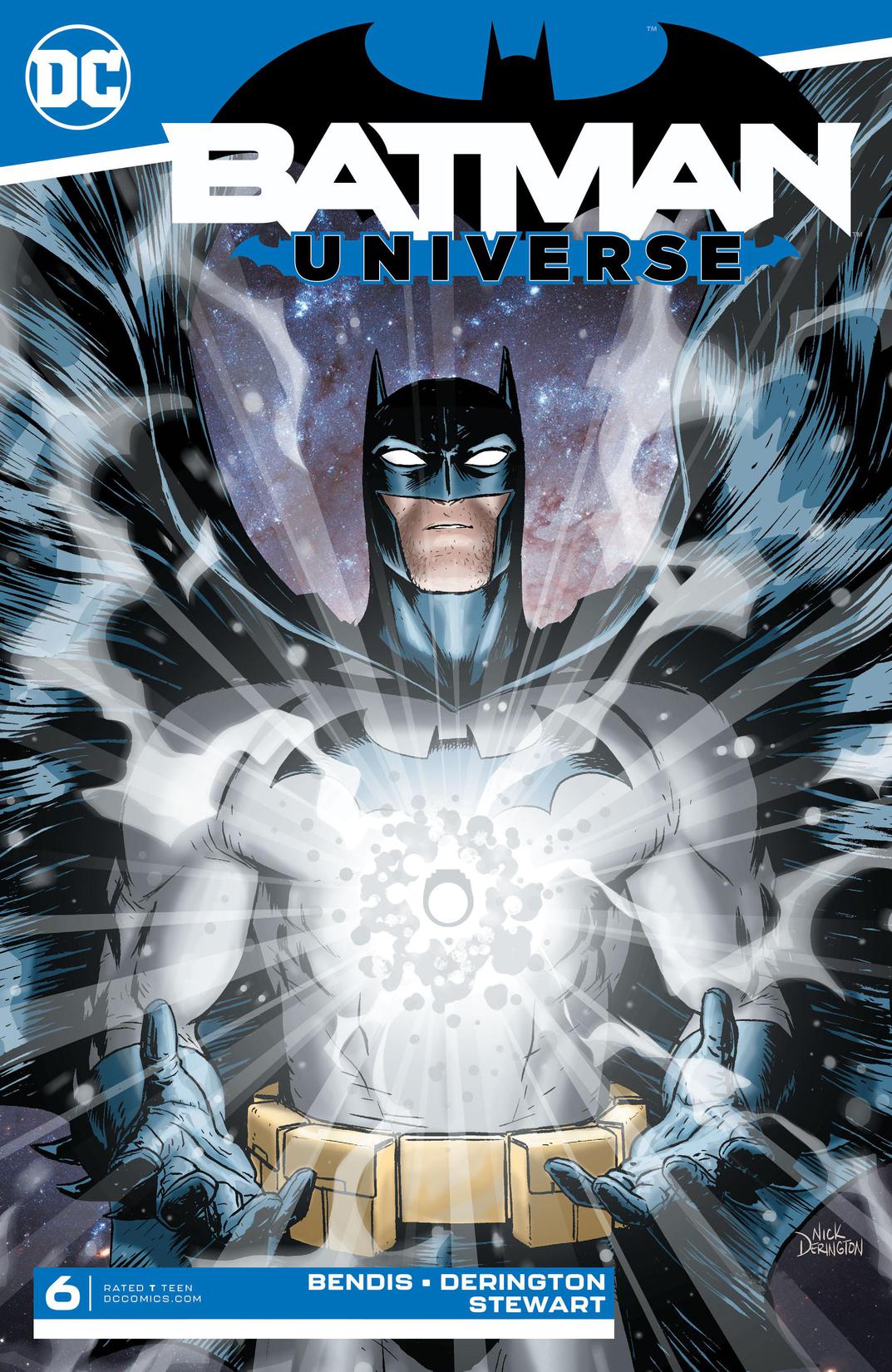 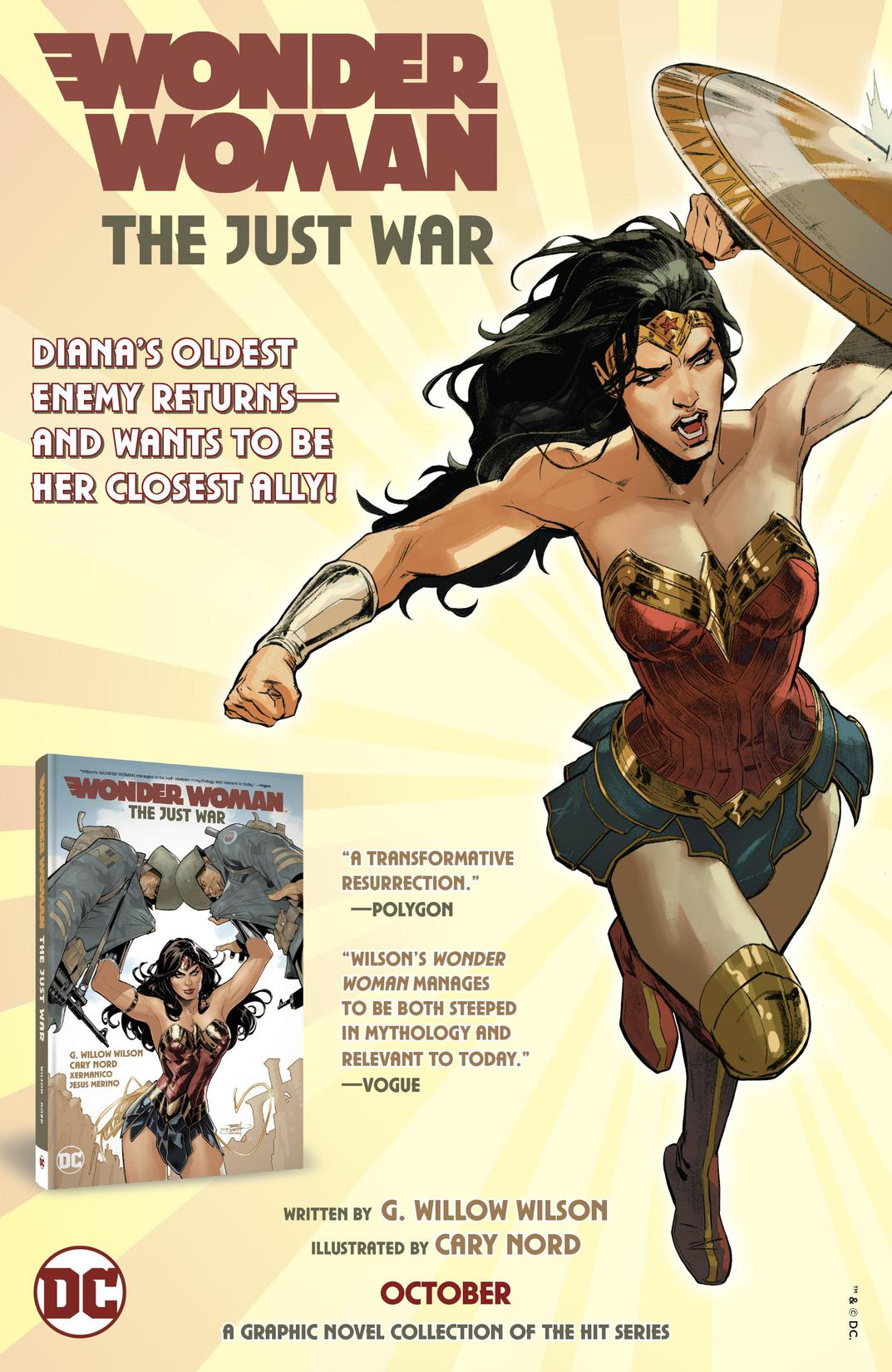 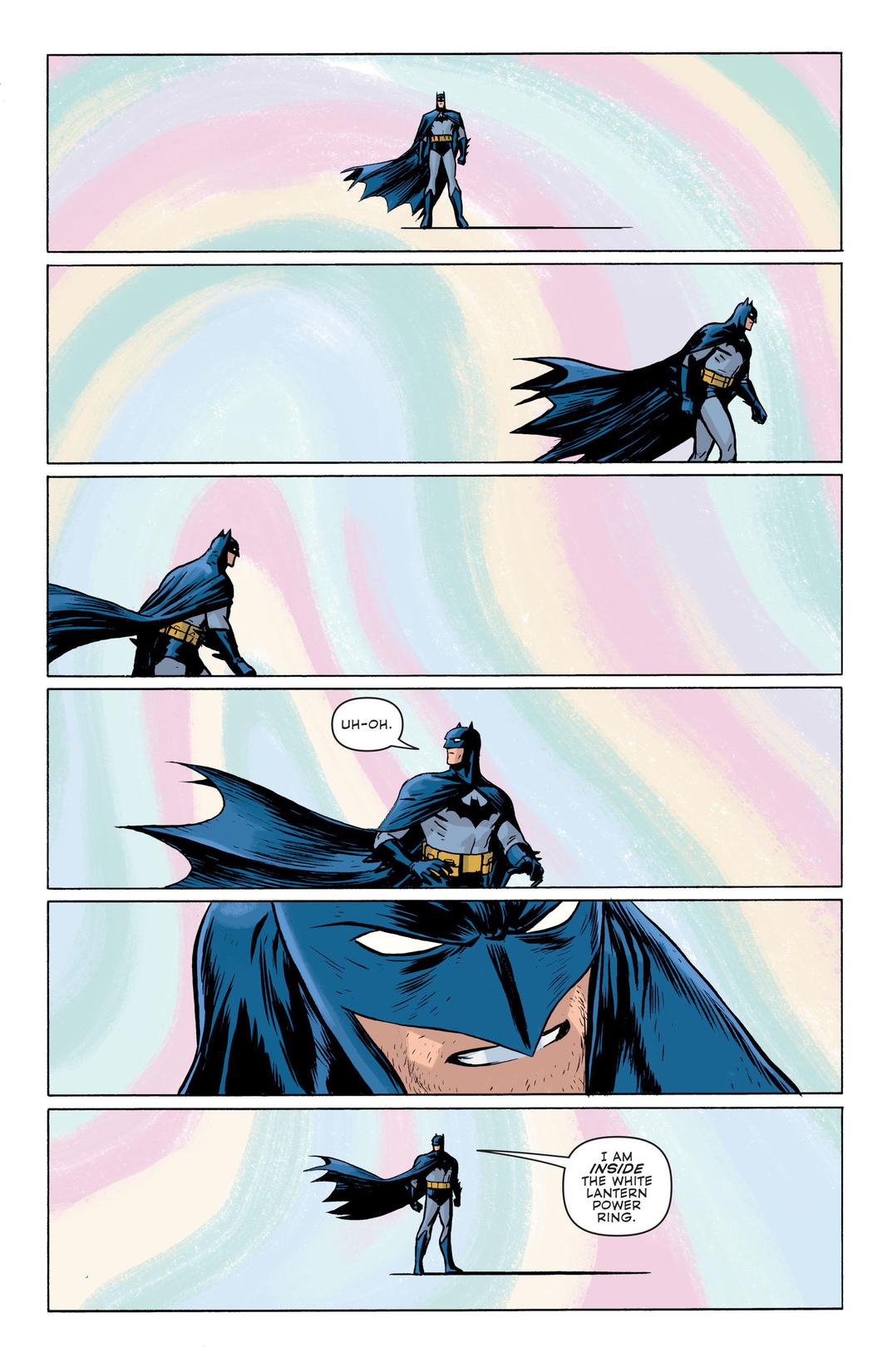 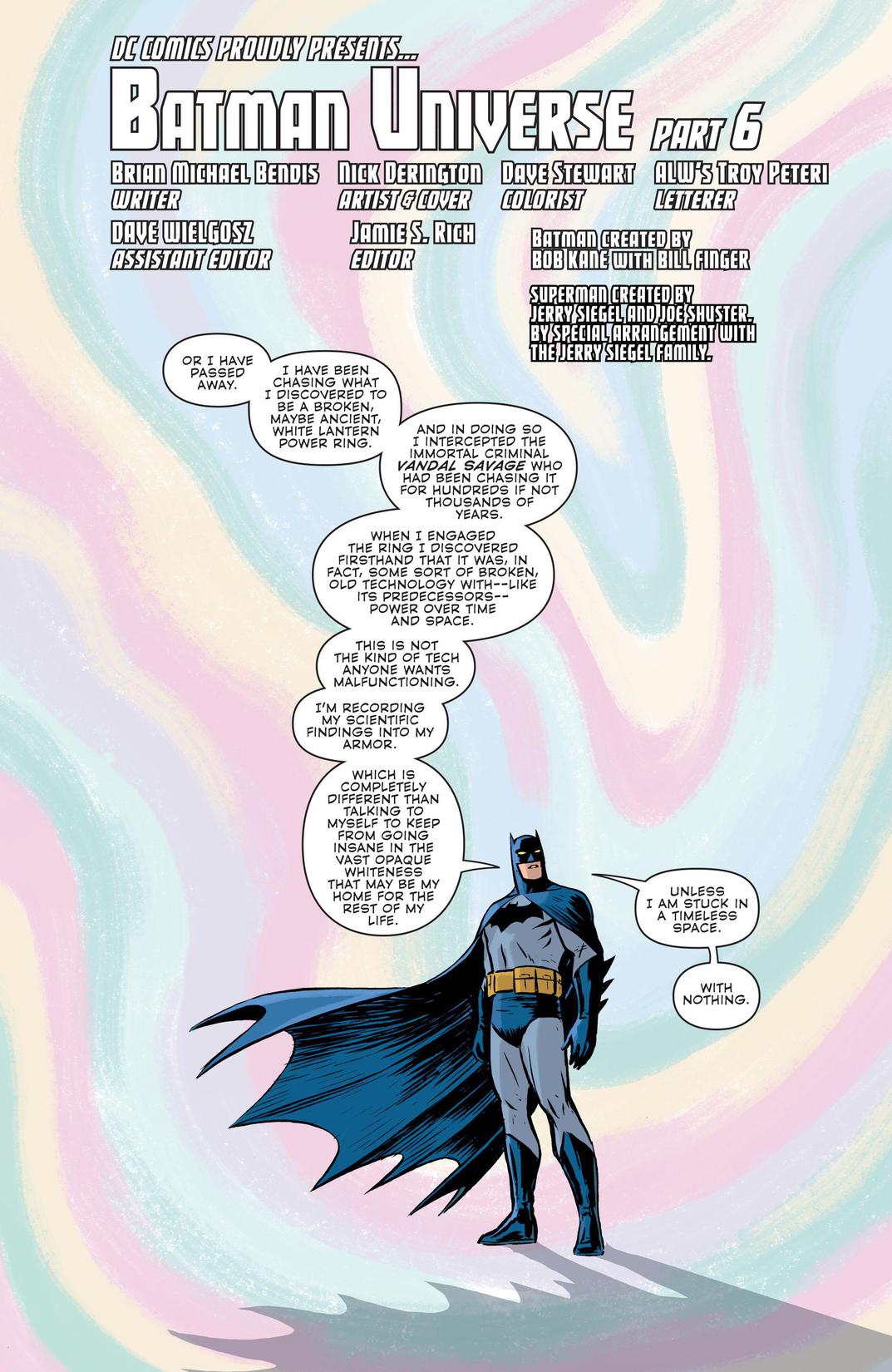 In the conclusion to Brian Michael Bendis and Nick Derington’s DCU-spanning saga, Batman’s mind is trapped in the unlikeliest of places- inside a White Lantern ring! That would be bad enough, but his physical body is stuck on Earth, completely vulnerable to attack from his enemies. Good news: Batman’s freed when the White Lantern ring chooses a new recipient. Bad news: that “new recipient” is Vandal Savage. Originally published in Batman Giant #13 and #14.