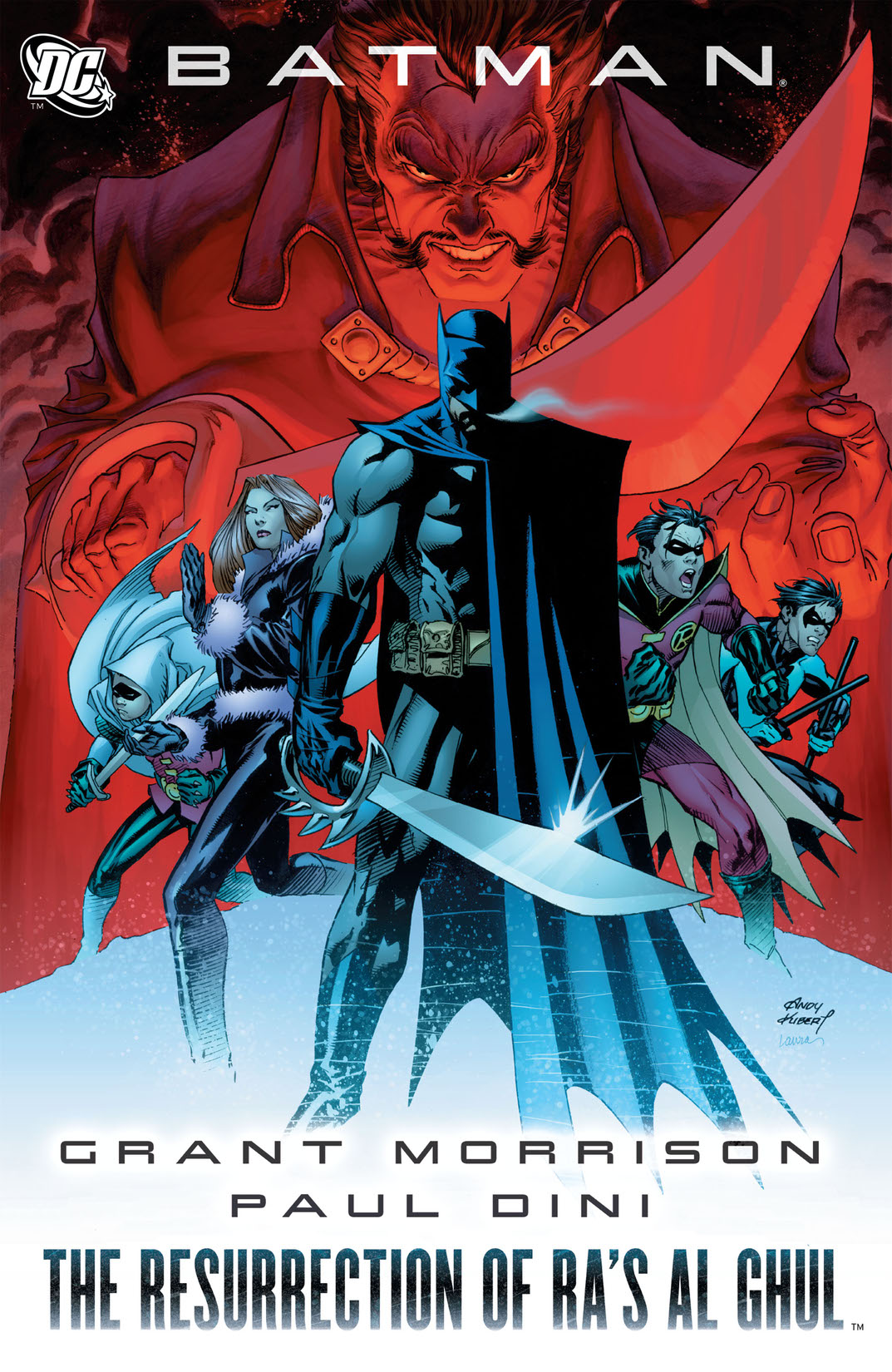 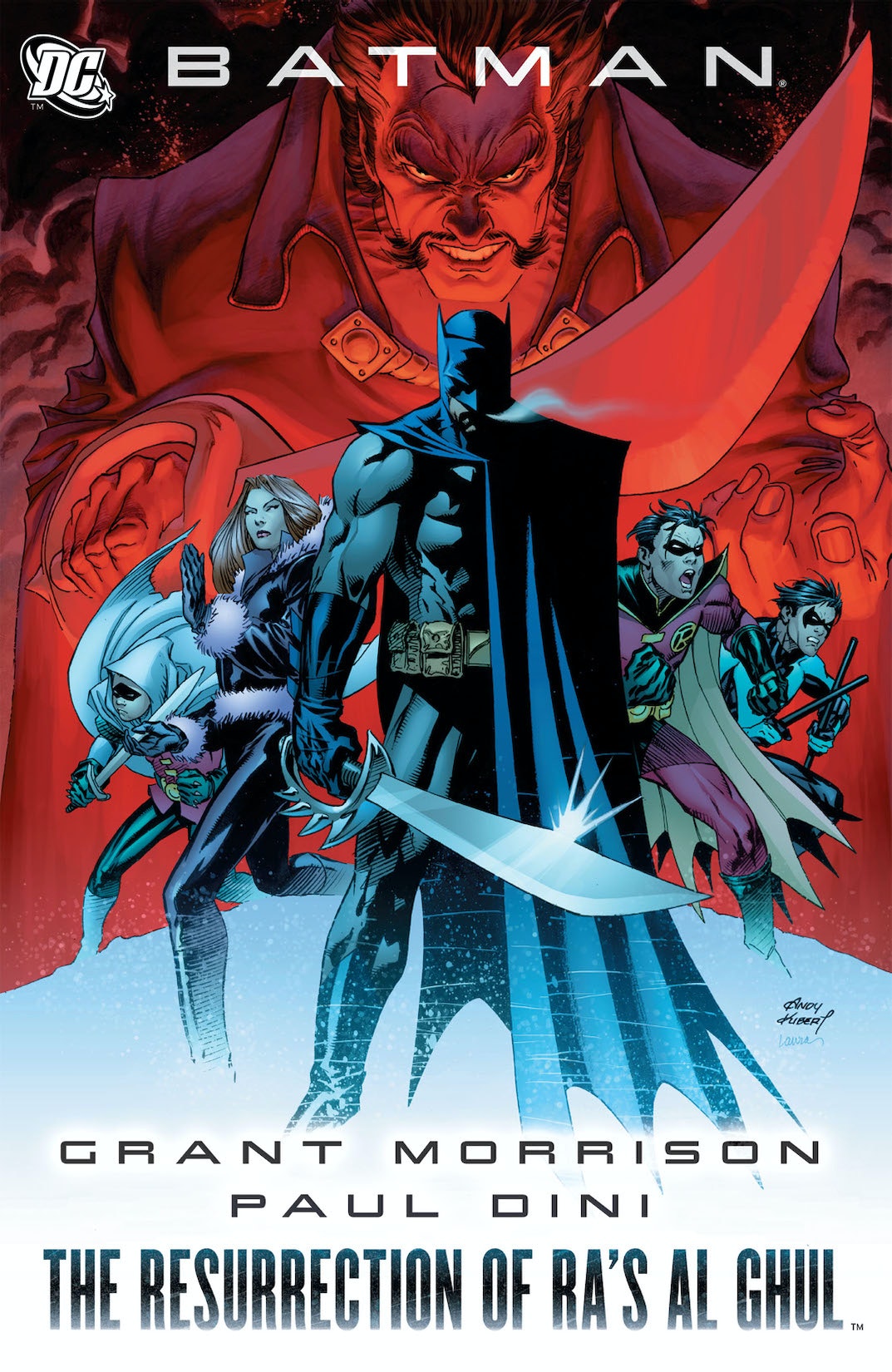 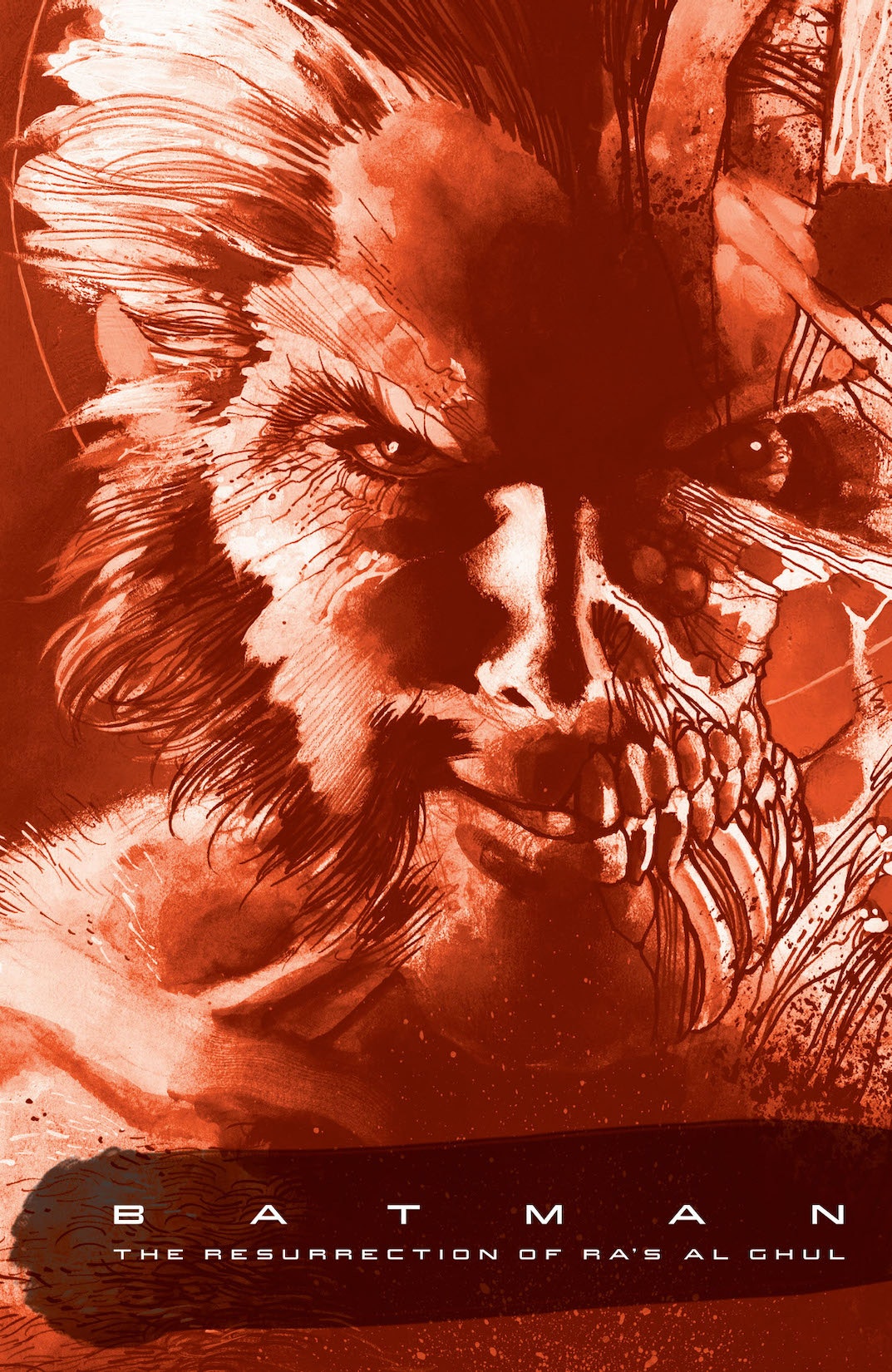 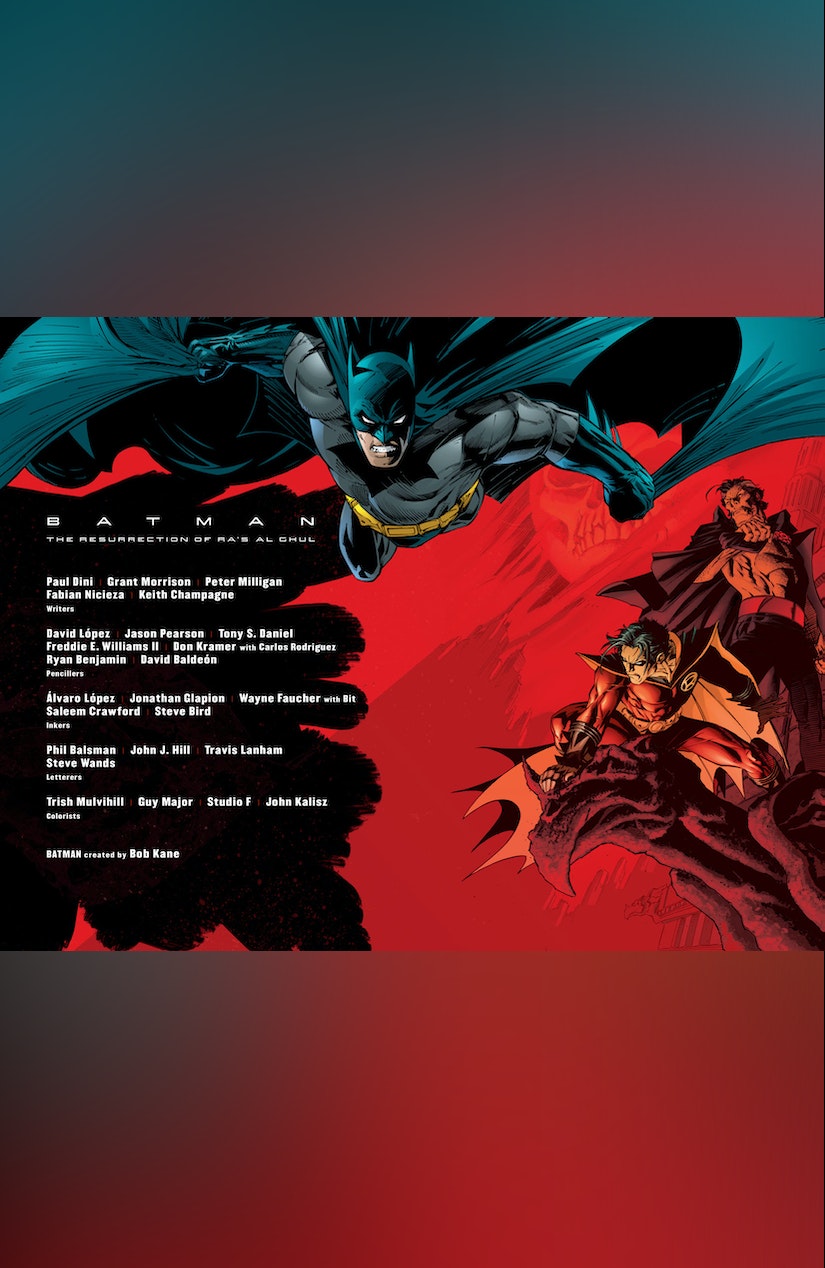 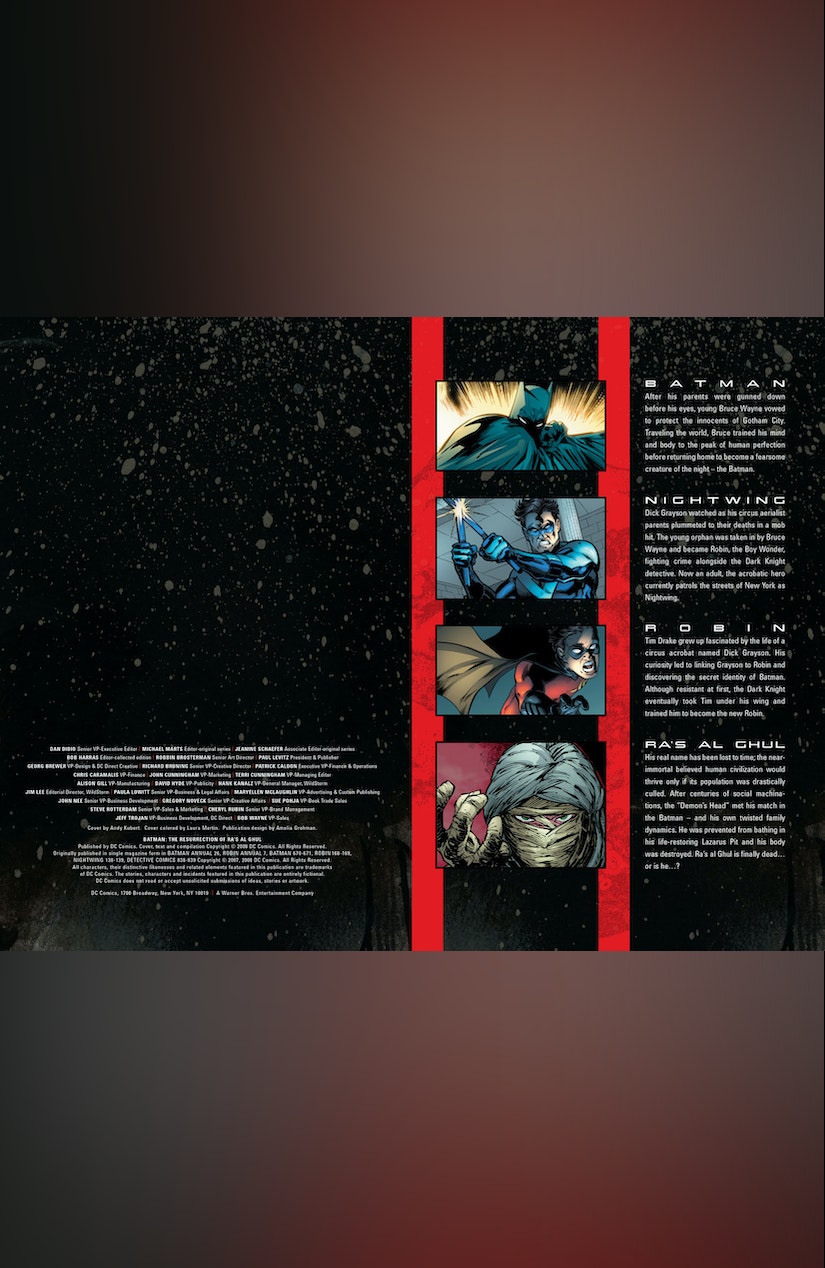 Batman's immortal foe, Ra's al Ghul, should be dead at last - so how has he returned to haunt The Dark Knight? And what does his return have to do with Batman's teenaged son, Damian — whose mother is Ra's al Ghul's daughter, Talia? It will take thecombined skills of Batman, Robin and Nightwing to get to the bottom of these mysteries and stop Ra's al Ghul's insidious plans! Written by superstars GNRAT MORRISON (BATMAN), Paul Dini (DETECTIVE COMICS) and Peter MIlligan (ROBIN), BATMAN: THE RESURRECTION OF RA'S AL GHUL is filled with shocking twists and stunning revelations! Collects Batman #670-671, ROBIN #168-169, DETECTIVE COMICS #838-839, NIGHTWING #138-139, BATMAN ANNUAL #26 and ROBIN ANNUAL #7.