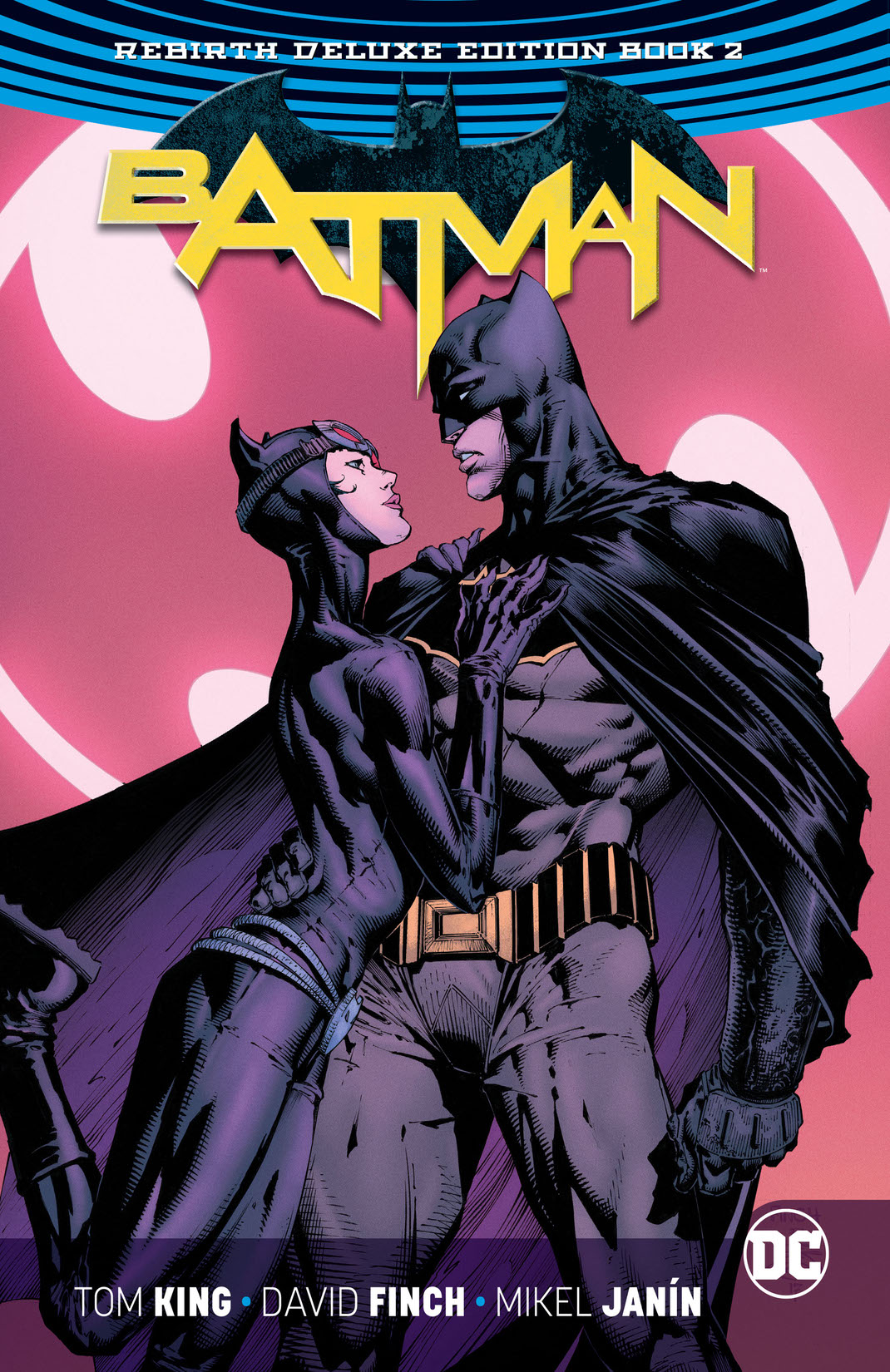 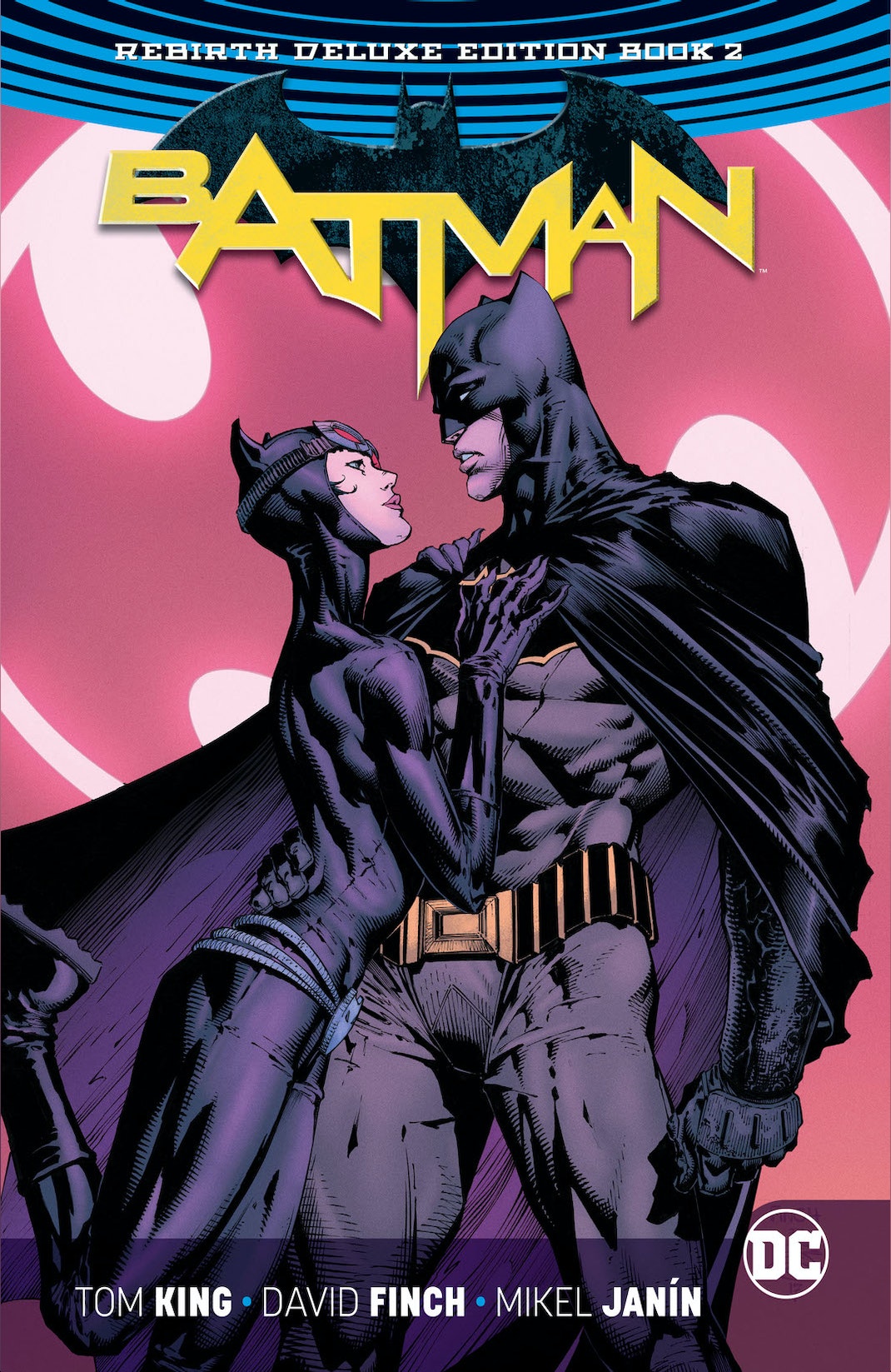 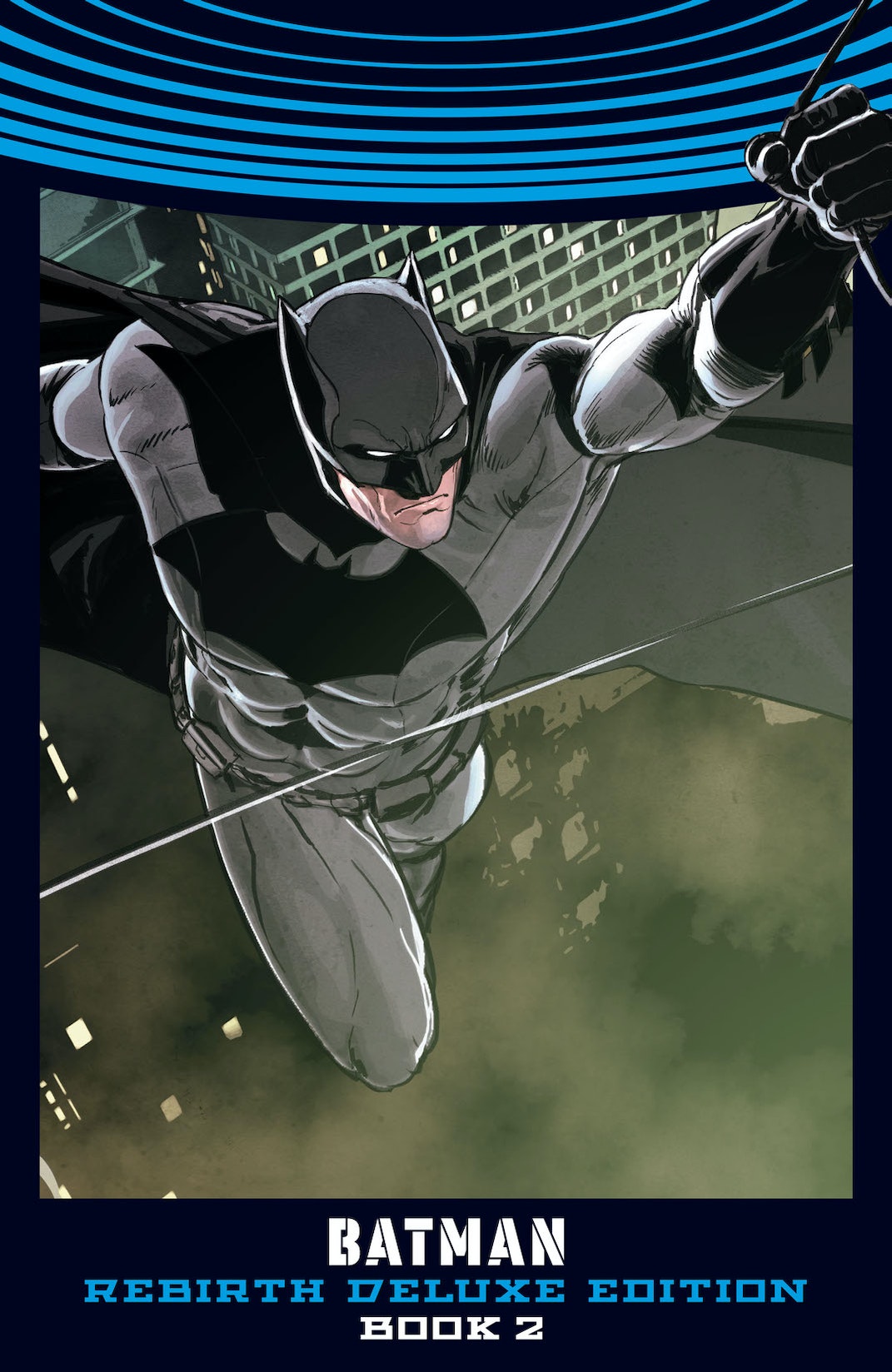 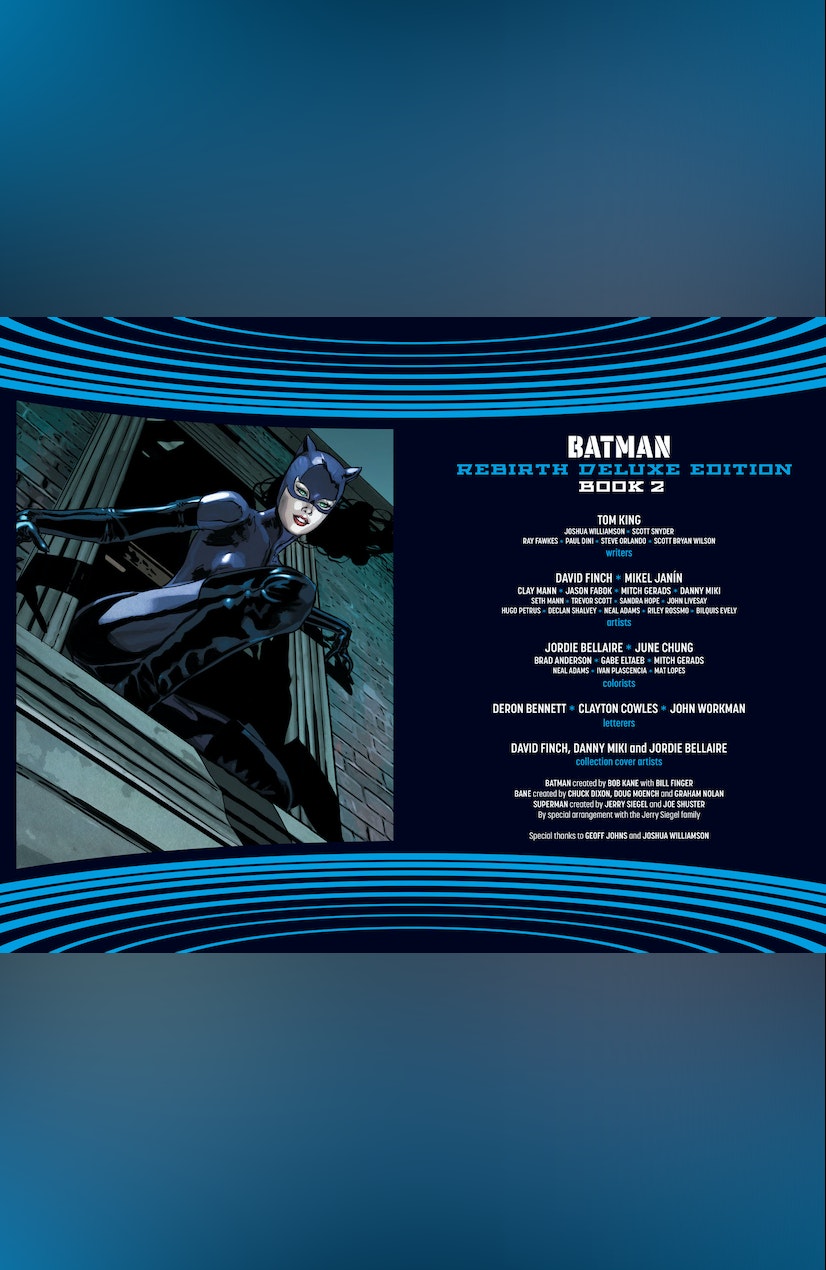 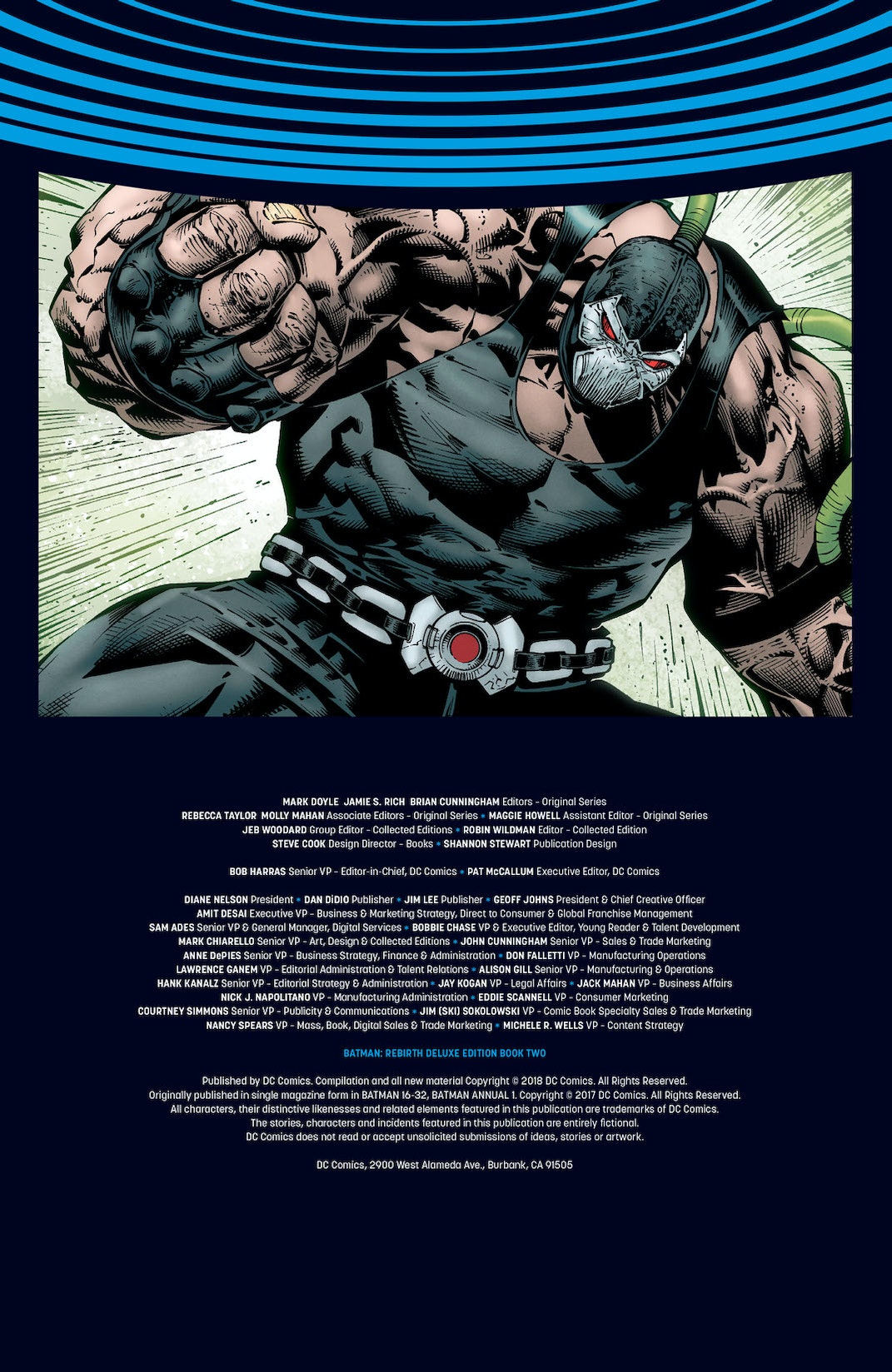 The acclaimed creative team of Tom King, David Finch and Mikel Janín takes things to a new level as Batman brings the pain to his international opponent, Bane, in Batman: The Rebirth Deluxe Edition Book 2. The Dark Knight has invaded his home, scarred his mind and broken his back. Now Bane has returned to Gotham City for a single purpose: eliminate the Batman once and for all. But first he’ll destroy everyone the Dark Knight has ever loved…or loathed. In the wake of this battle, the Batman makes Catwoman an offer that leaves her absolutely speechless. As she considers her answer, the Dark Knight tells her of a secret war from early in his career. It was a time when The Joker and the Riddler would seemingly be natural allies, but each man determined that he and he alone must be the one to kill the Bat...and either would sooner burn down Gotham than be beaten to the punch line. All of Gotham’s villains were forced to choose sides in this stunning battle of wits that quickly escalated into a full-blown war—complete with civilian casualties. In this “War of Jokes and Riddles,” only one side could claim victory...but the scars it left shaped Batman’s future. Written by Tom King (Mister Miracle, The Vision) with art by David Finch (Wonder Woman), Mikel Janín (Grayson), Jason Fabok (Justice League), Mitch Gerads (The Sheriff of Babylon), Clay Mann (Action Comics) and more, this latest Rebirth Deluxe Edition features two of the most critically acclaimed arcs in modern comics in hardcover for the first time. Collects Batman #16-32 and Annual #1.