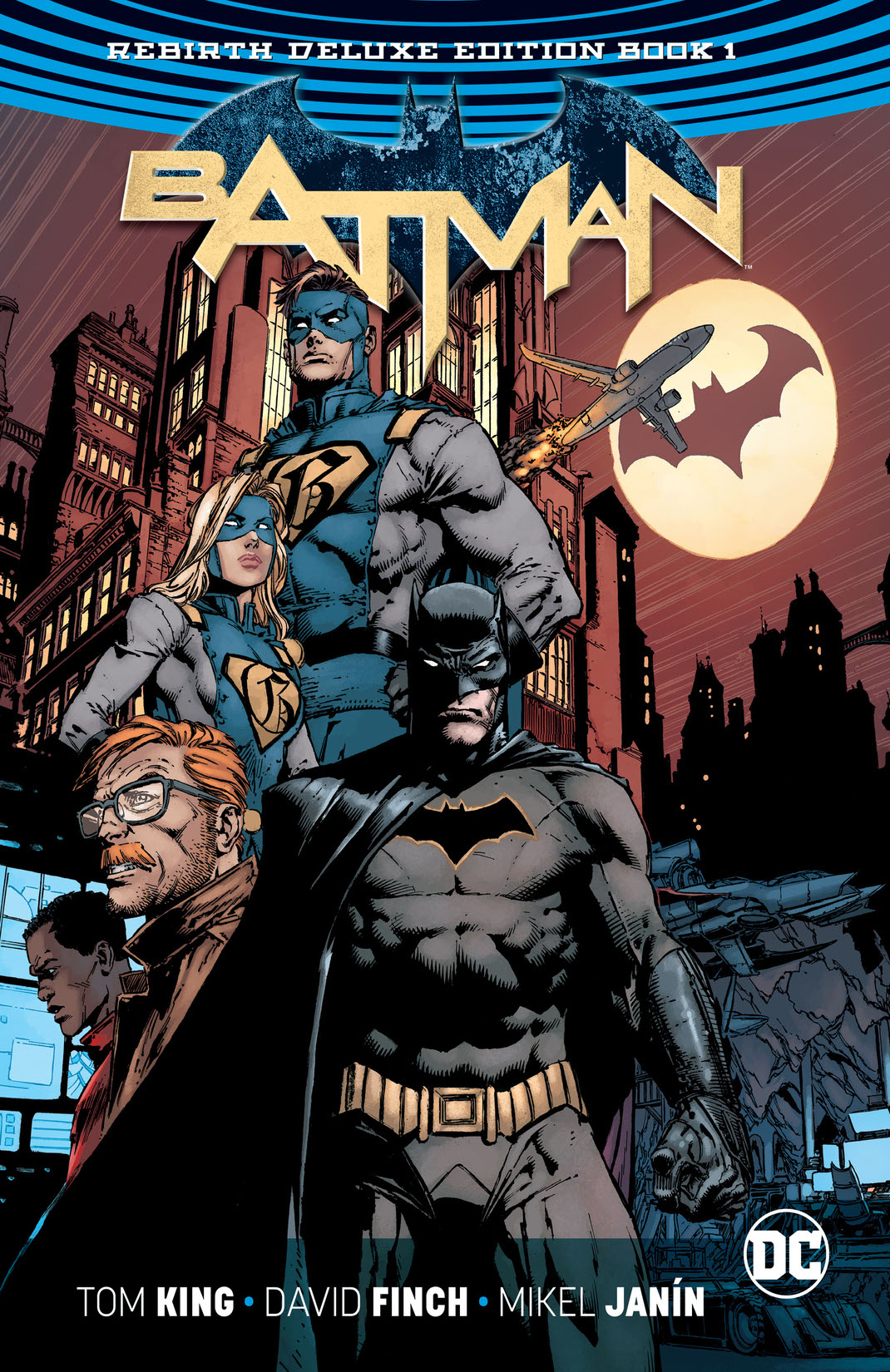 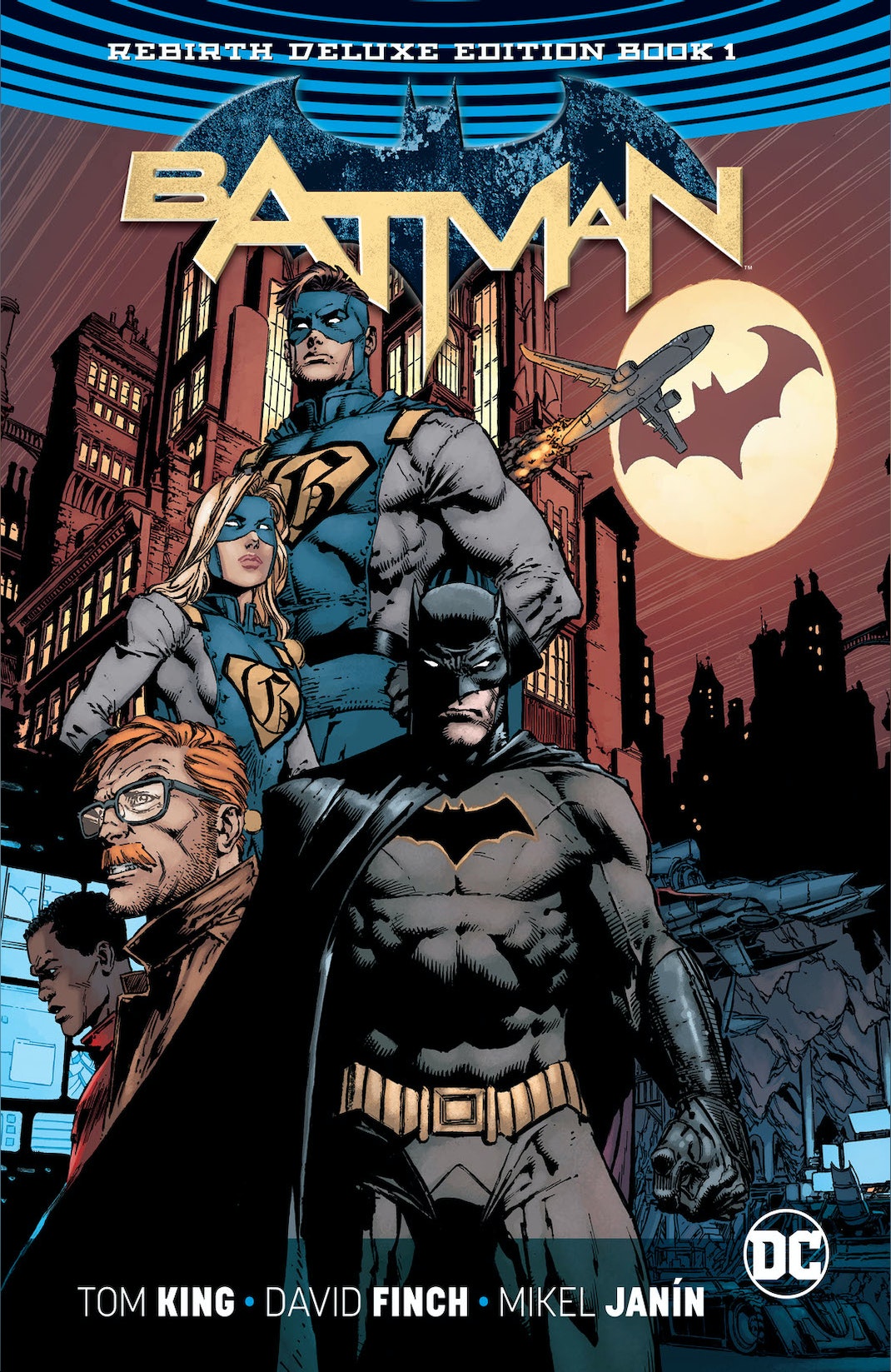 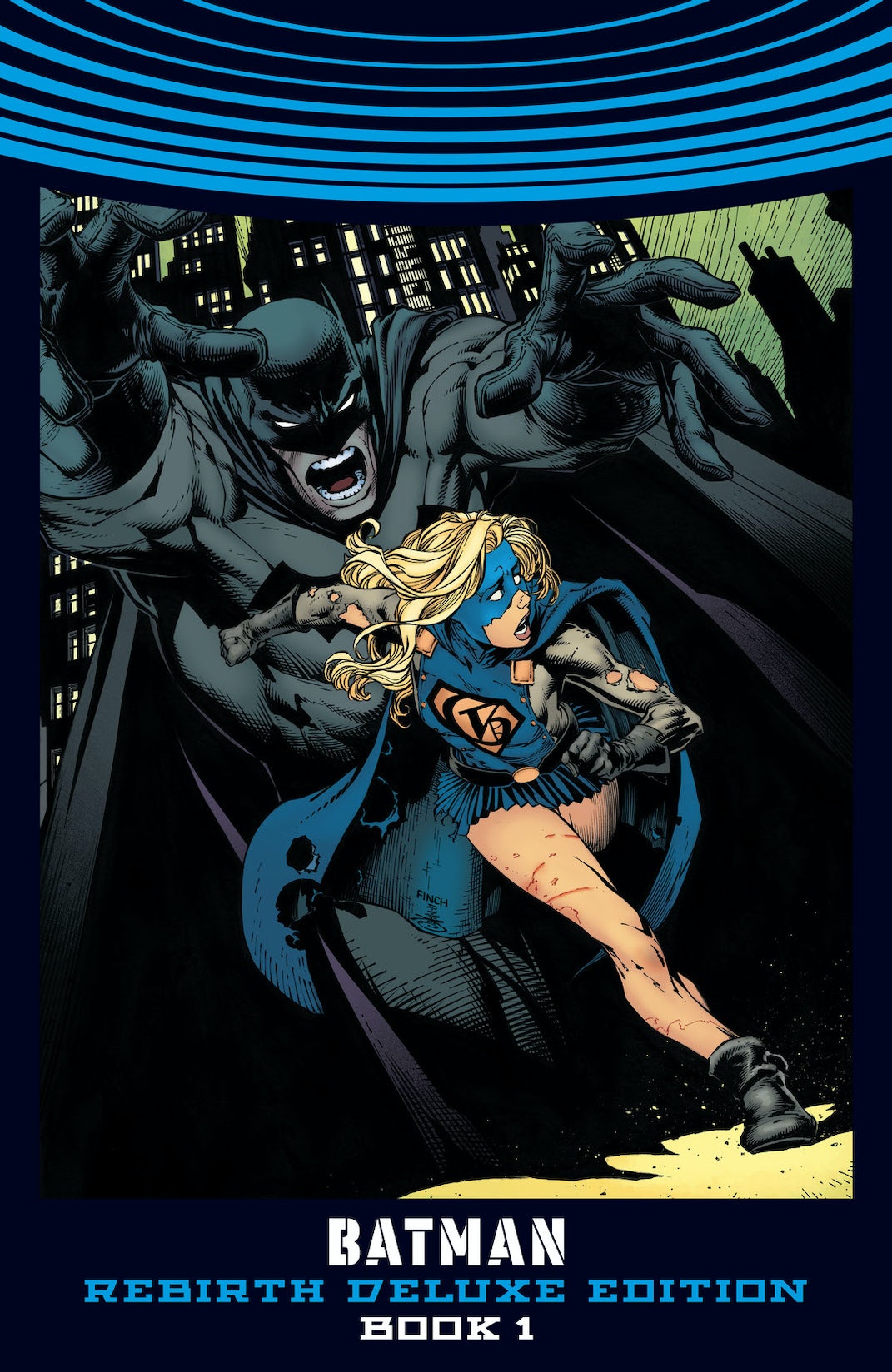 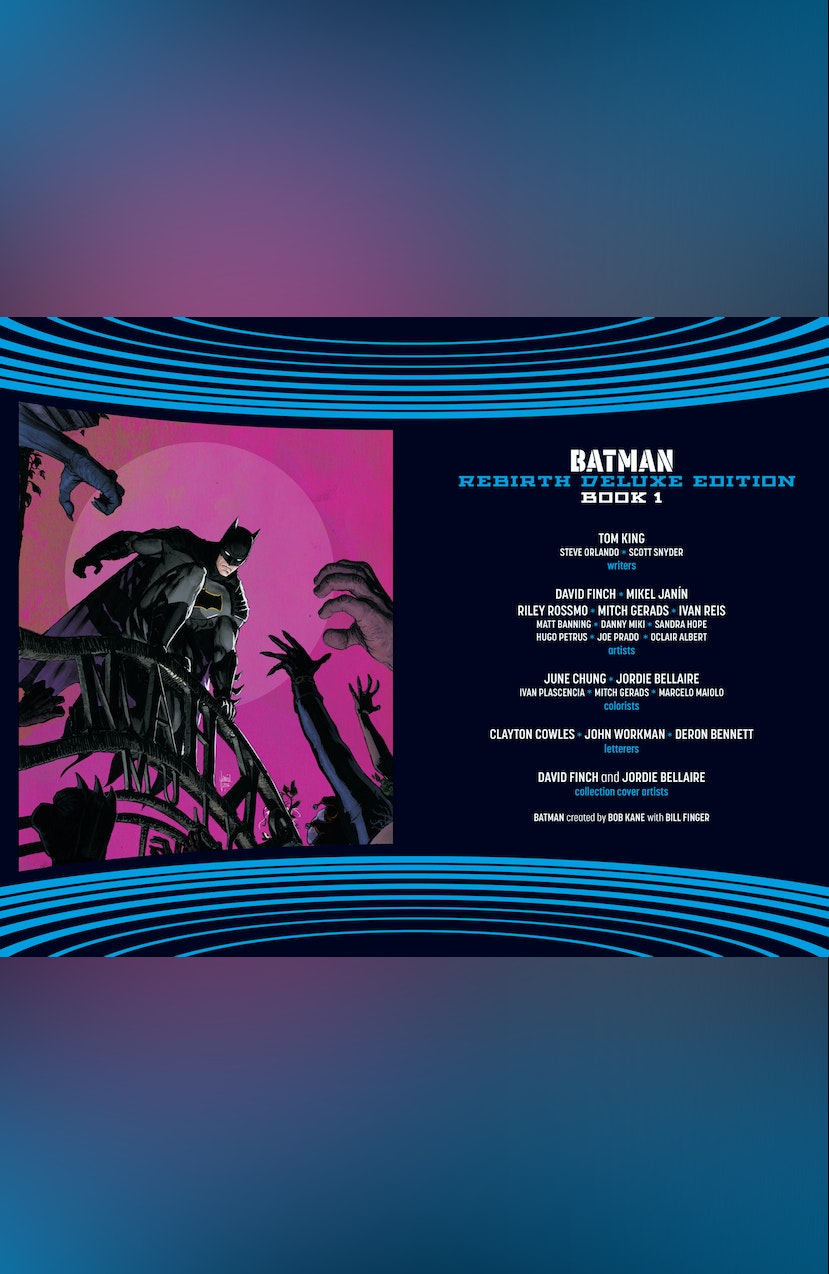 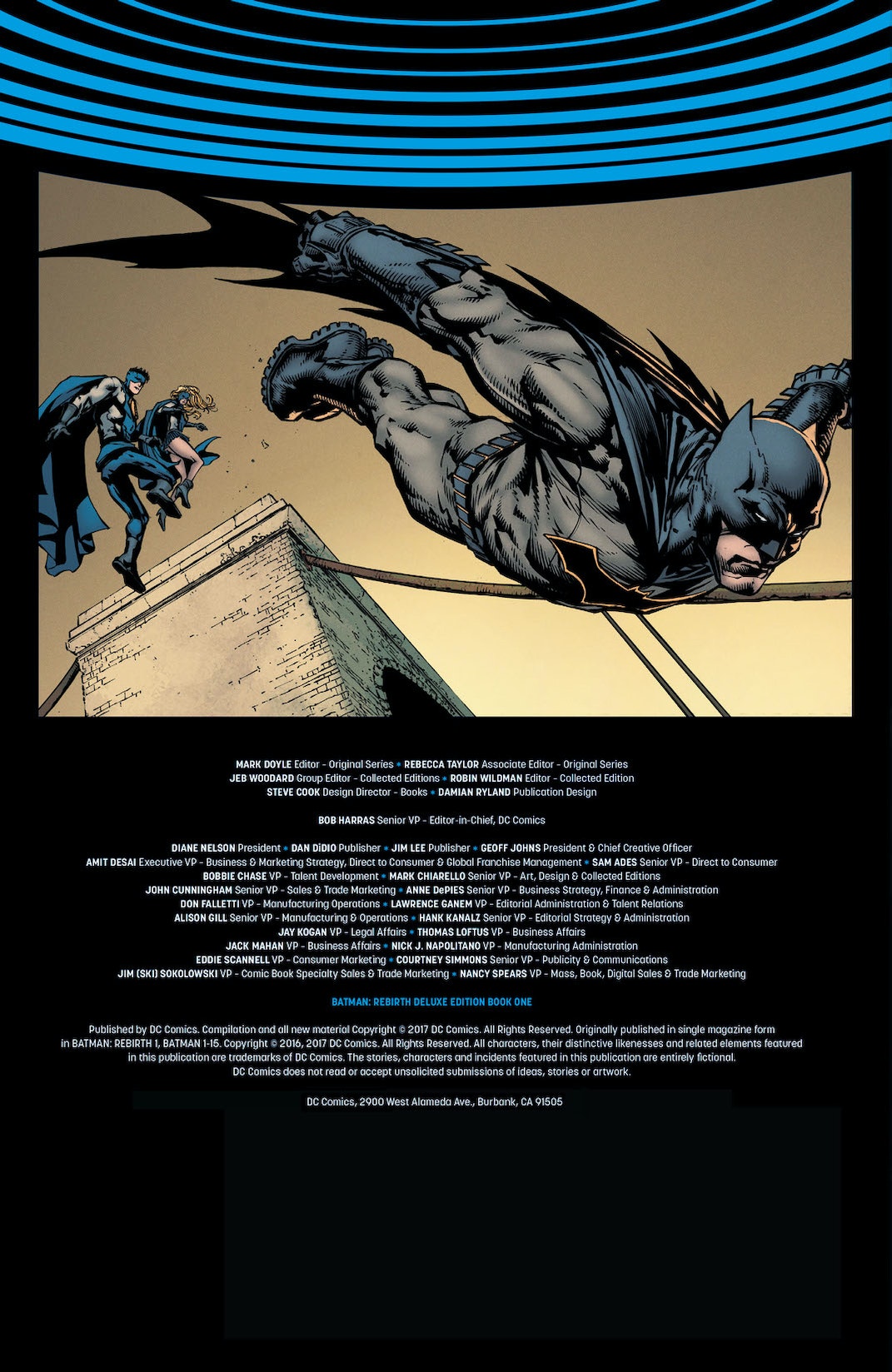 BATMAN: THE REBIRTH DELUXE EDITION BOOK 1 collects the first two Dark Knight arcs from a new era, in hardcover for the first time! With stories by author Tom King (THE OMEGA MEN) and art by David Finch (WONDER WOMAN), Mikel Janín (GRAYSON), Riley Rossmo (CONSTANTINE: THE HELLBLAZER), Mitch Gerads (SHERIFF OF BABYLON) and more, this is a great starting-point novel for longtime fans and new DC readers alike. Batman’s methods have always been clear. He fights criminals wherever he finds them. He lives in the shadows. And he works alone. But as Gotham evolves, so must the Bat. A duo of super-powered youths calling themselves Gotham and Gotham Girl have joined the fight against crime in Batman’s city. They want to pull Gotham out of the shadows and into a brighter tomorrow. But with two godlike metahumans protecting the city by the light of day, does Gotham still need a Dark Knight? Through these young heroes, the Dark Knight discovers a criminal plotting against his city. To stop this foe, Batman must align himself with a team of villains straight out of Arkham Asylum. This makeshift Suicide Squad is every bit as unstable as the real deal, and while Catwoman might have a good heart despite her troubled past, the other members most certainly do not. Collects BATMAN: REBIRTH #1 and BATMAN #1-15.