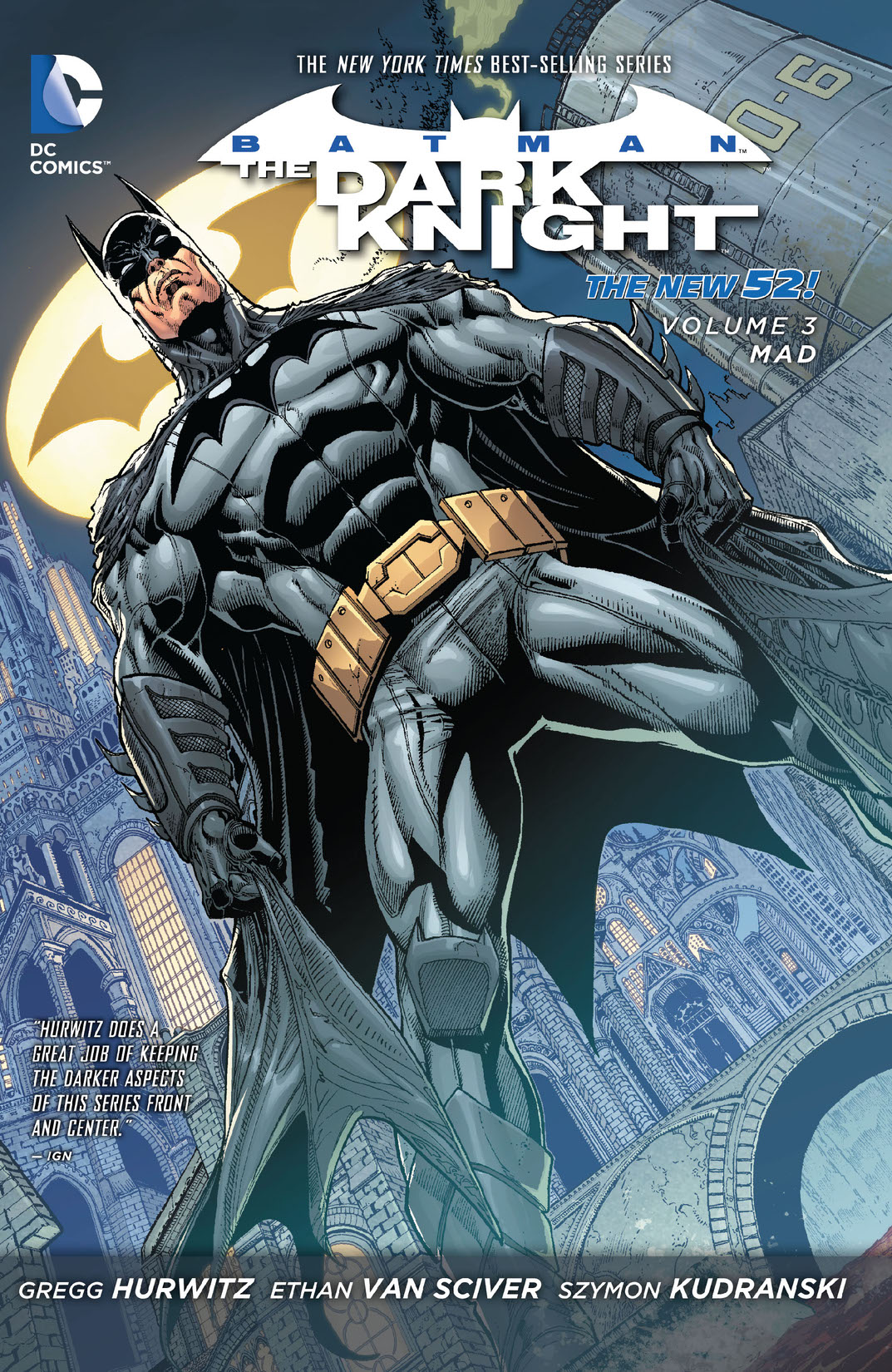 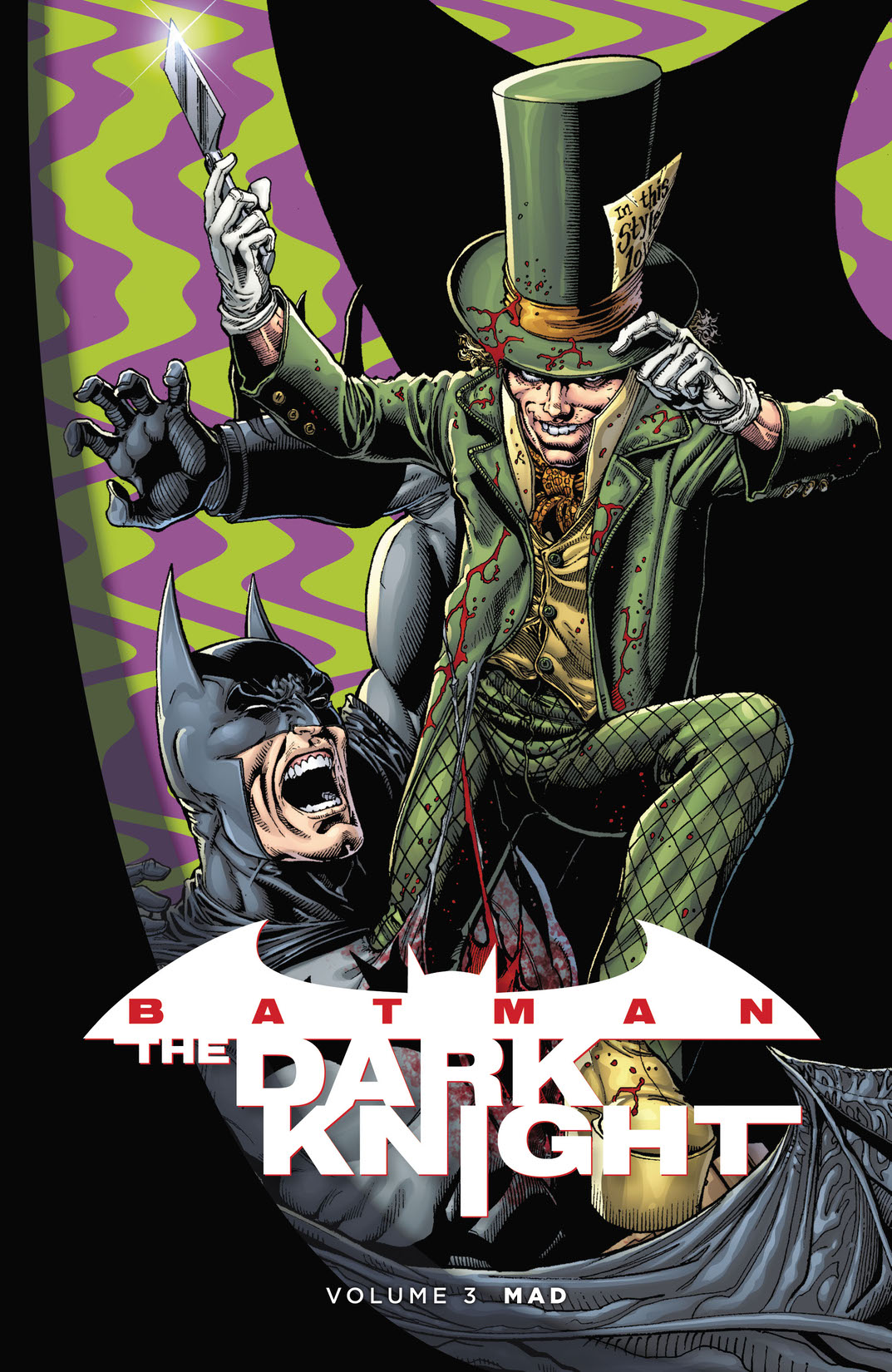 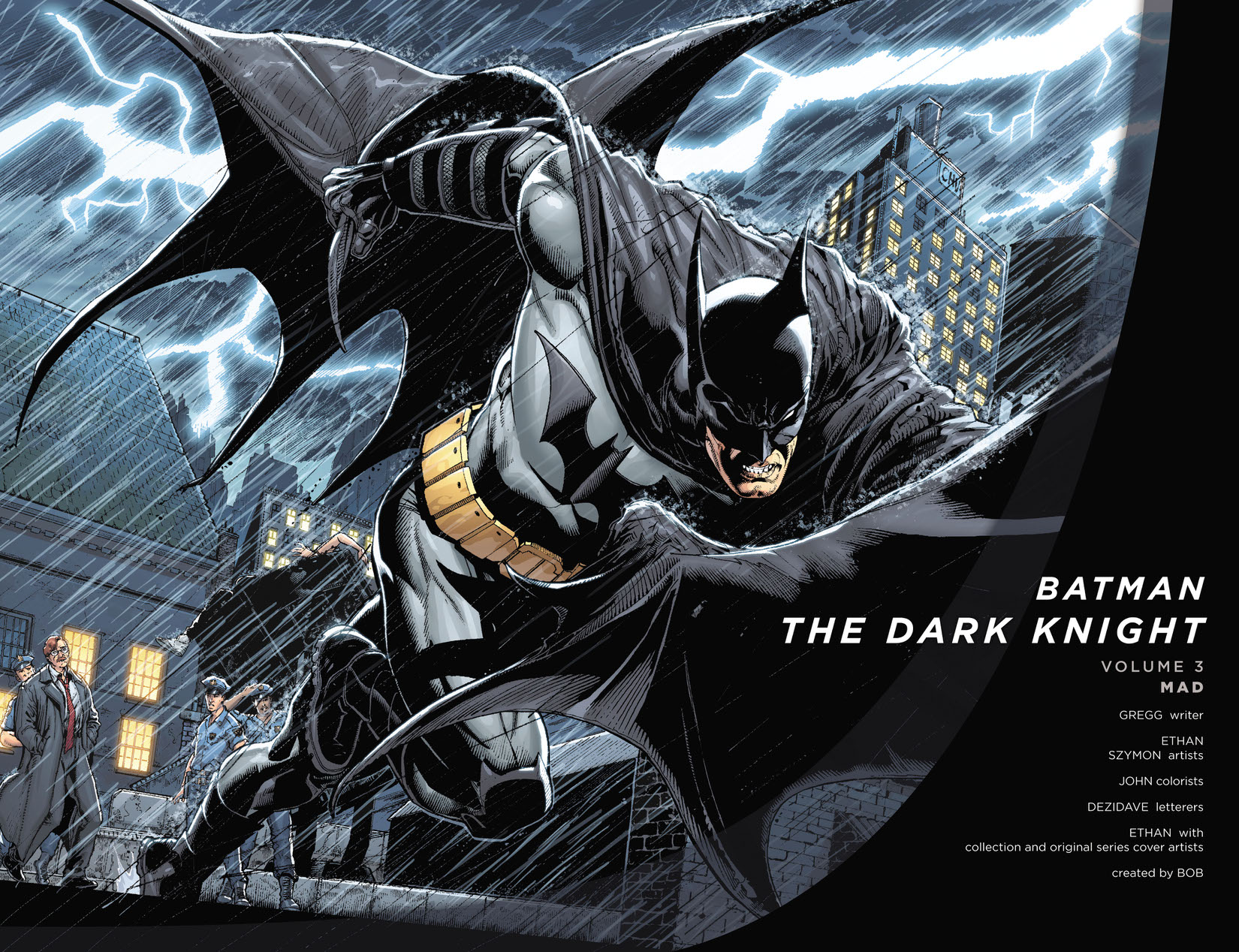 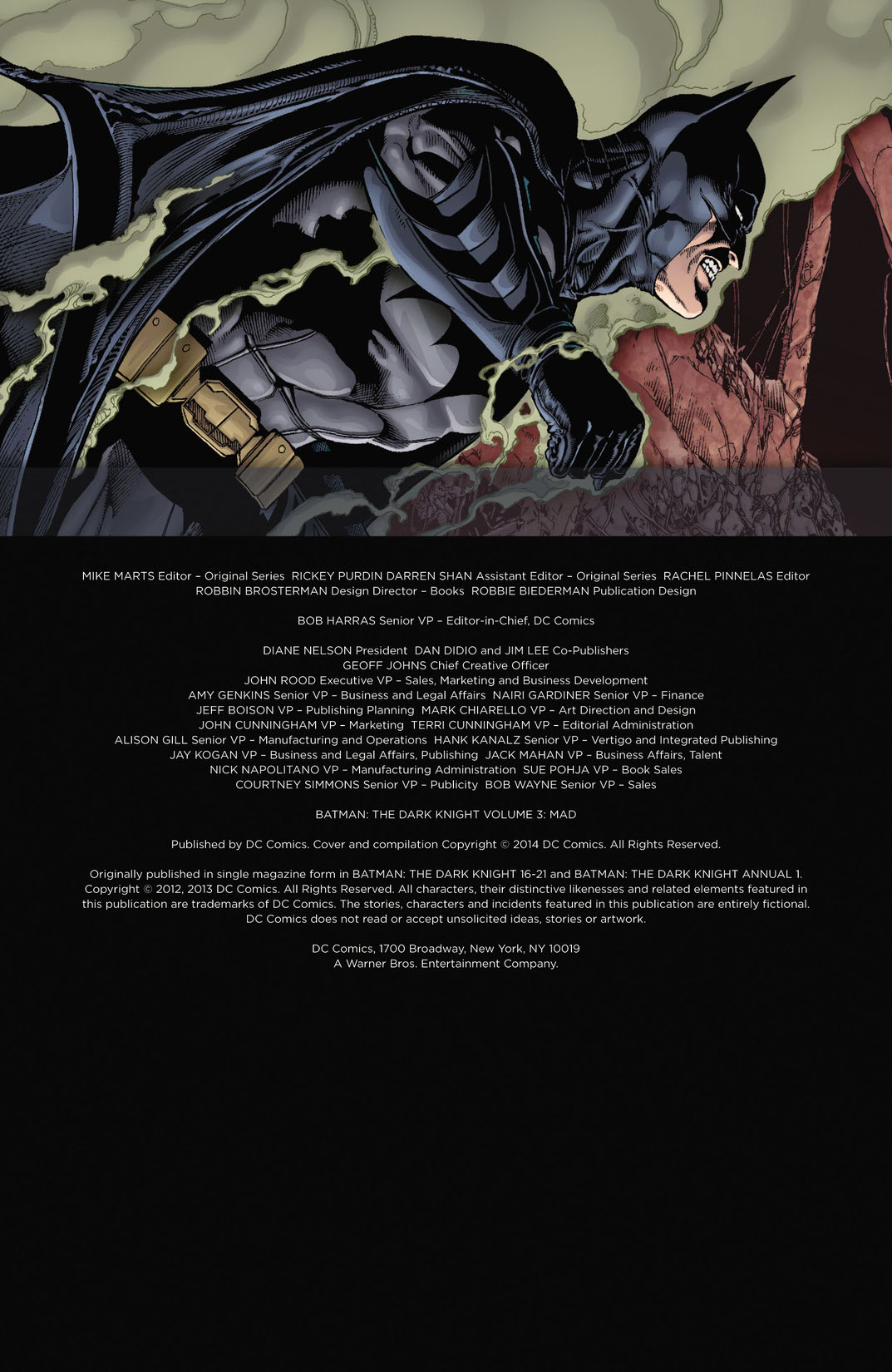 Everything hangs in the balance in the Dark Knight’s life as Bruce Wayne grapples with revealing Batman to the woman of his dreams. But just as he’s ready to give her his all, the Mad Hatter joins the ranks of one of the greatest threats Gotham has ever known. By poisoning and kidnapping its citizens, he terrorizes Gotham in an attempt to rebuild his lost hopes into a wonderland. Can the Caped Crusader save the city-and his new love-before the Hatter shatters their world forever? Acclaimed writer Gregg Hurwitz (Survivor) teams up with superstar artist Ethan Van Sciver (GREEN LANTERN: REBIRTH) and breakout talent Szymon Kudranski (Spawn) for BATMAN - THE DARK KNIGHT: MAD (collects issues #16-21 and BATMAN: THE DARK KNIGHT ANNUAL #1).