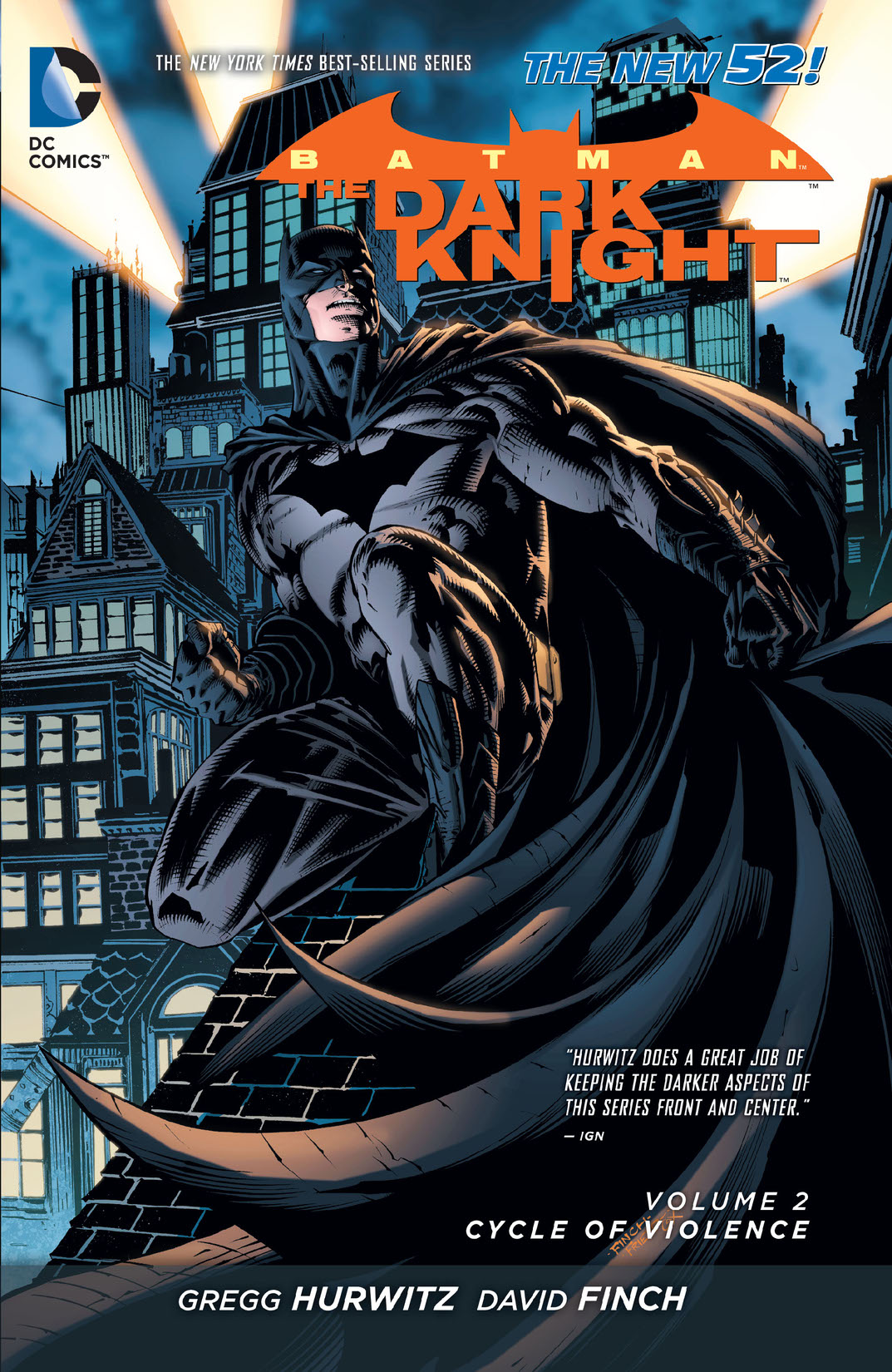 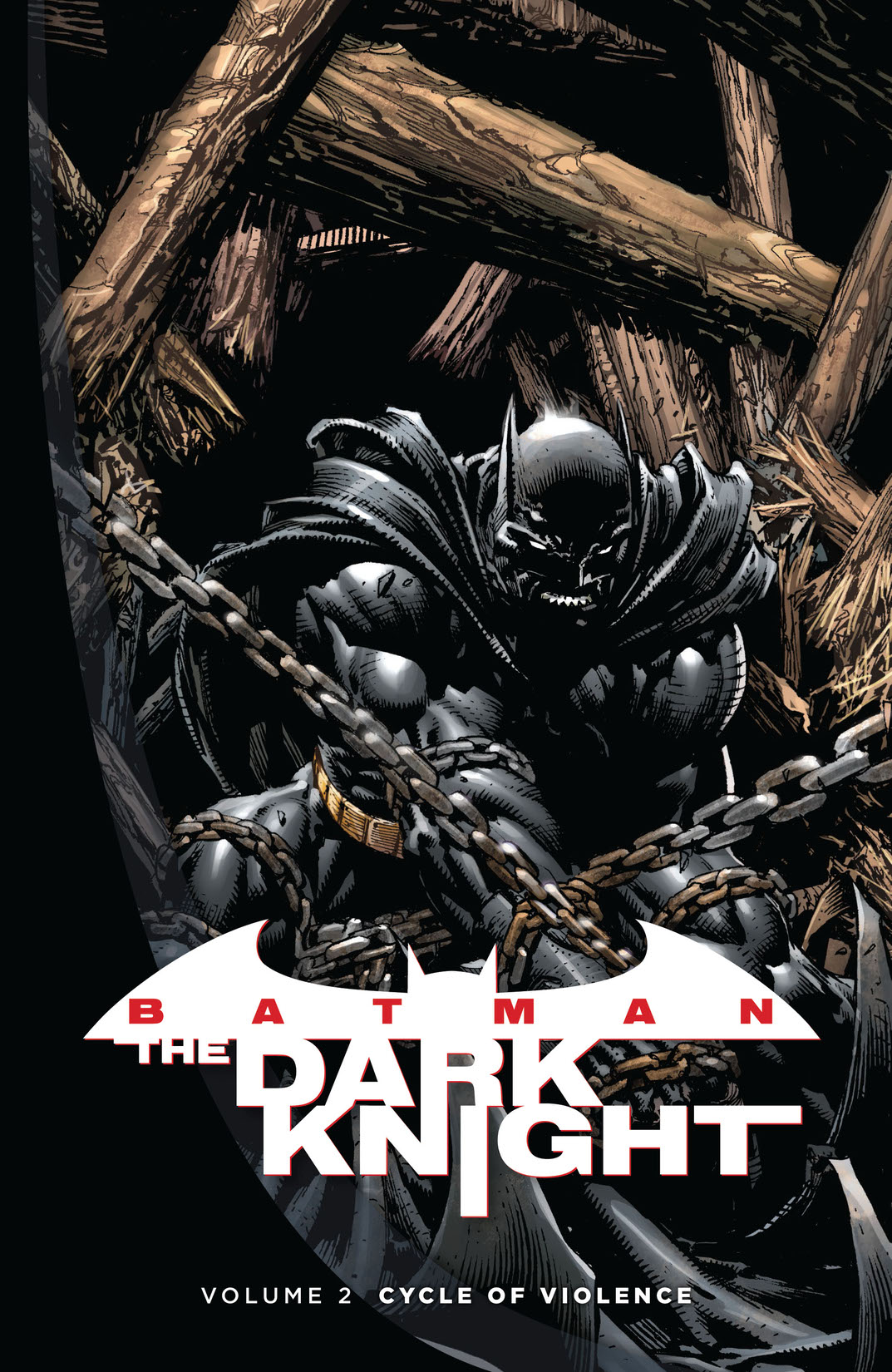 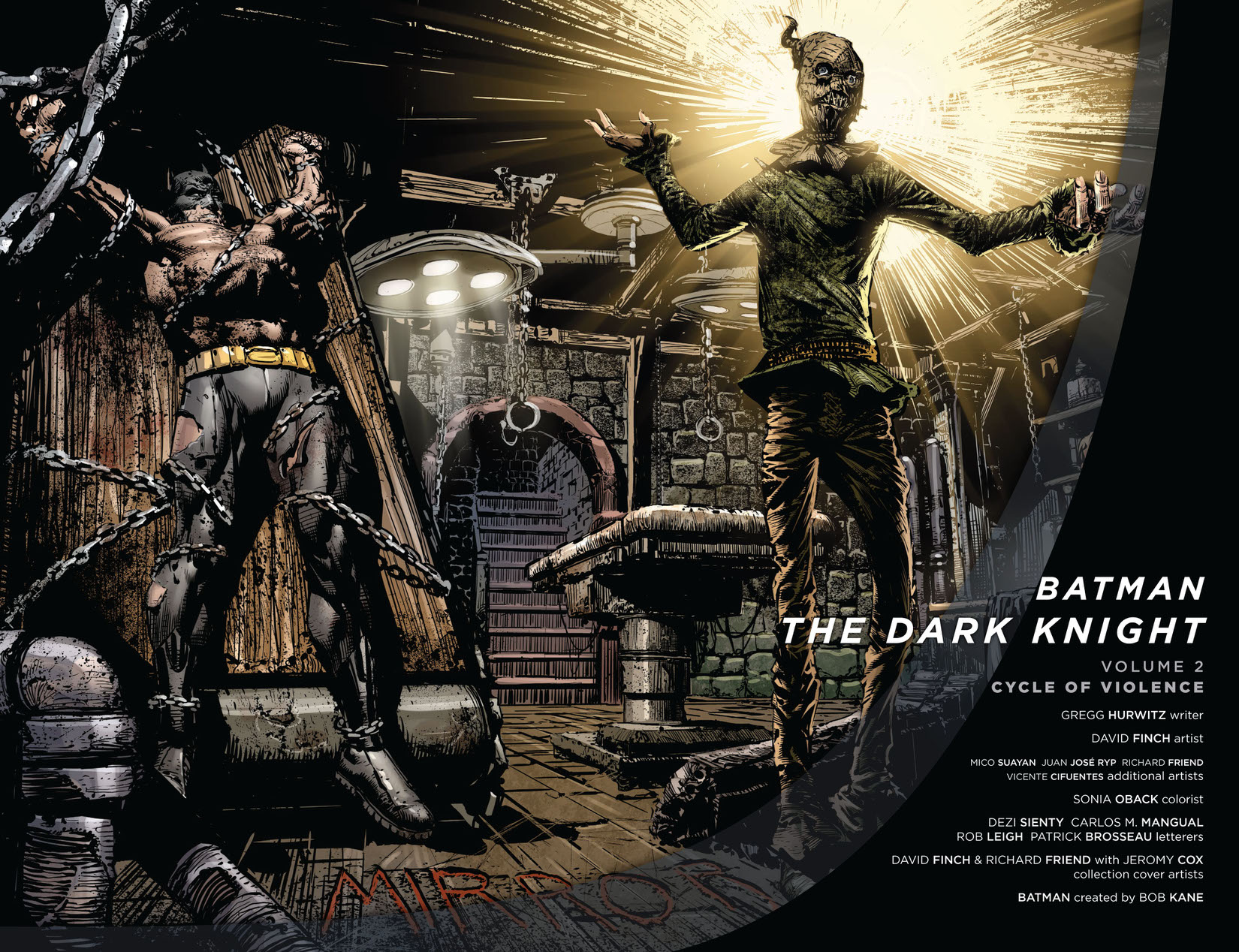 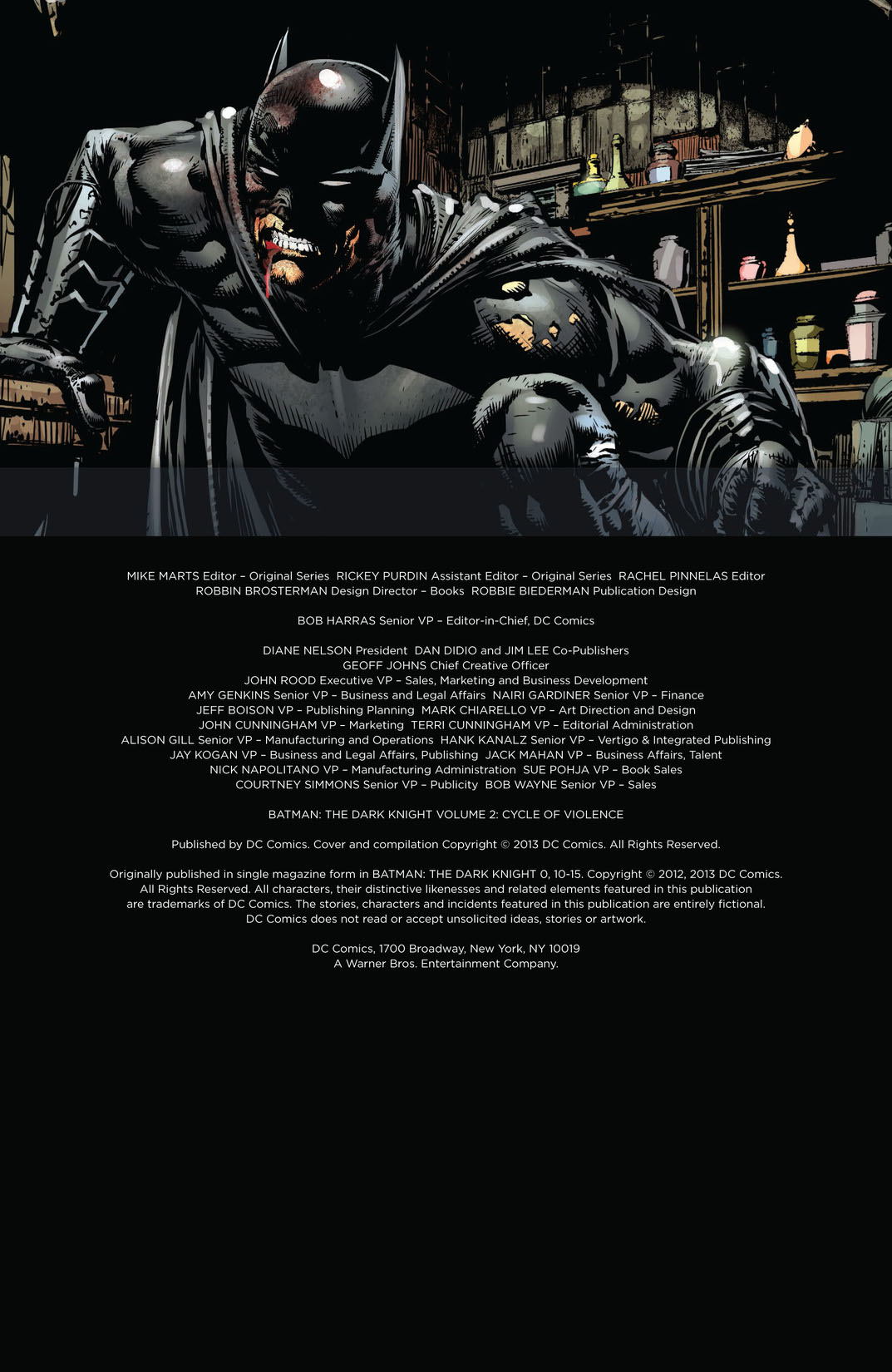 The Scarecrow has returned to Gotham City, but he's no longer the meek punching bag Batman is used to. The villainous genius has always preyed on the worst fears of his victims, but now he has refined his legendary fear toxin to even greater effectiveness and deadlier consequences. As the Scarecrow's origin is unfurled, Batman must find out not only how to conquer this dangerous psychopath, but how to beat his own worst fear. Written by New York Times best-selling crime thrillernovelist Gregg Hurwitz and art from comics superstar David Finch, BATMAN: THE DARK KNIGHT VOLUME 2: CYCLE OF VIOLENCE is a terrifying look into the dark psyche of one of Gotham's most twisted villains. Collects from BATMAN: THE DARK KNIGHT #10-15 and #0.