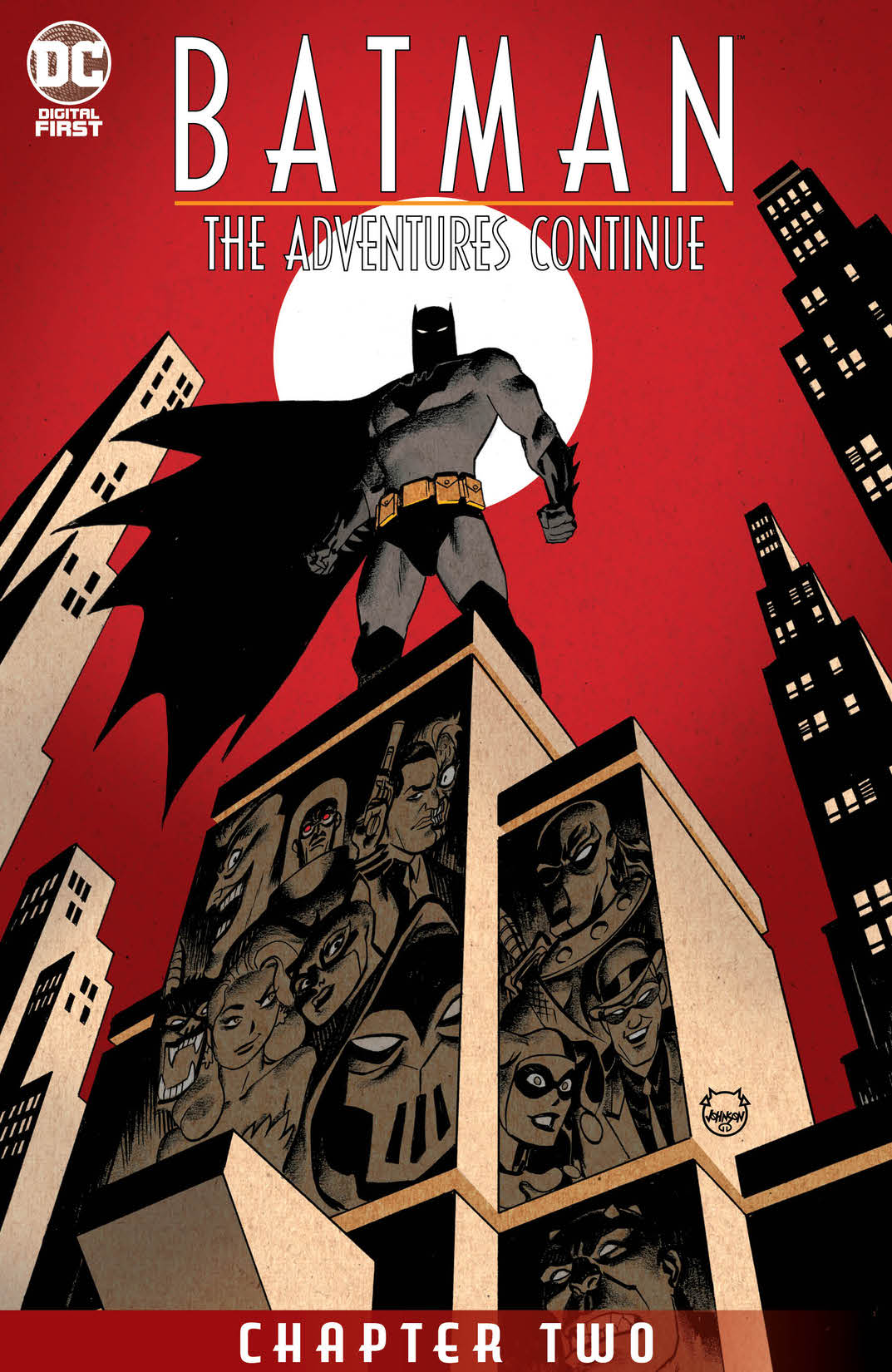 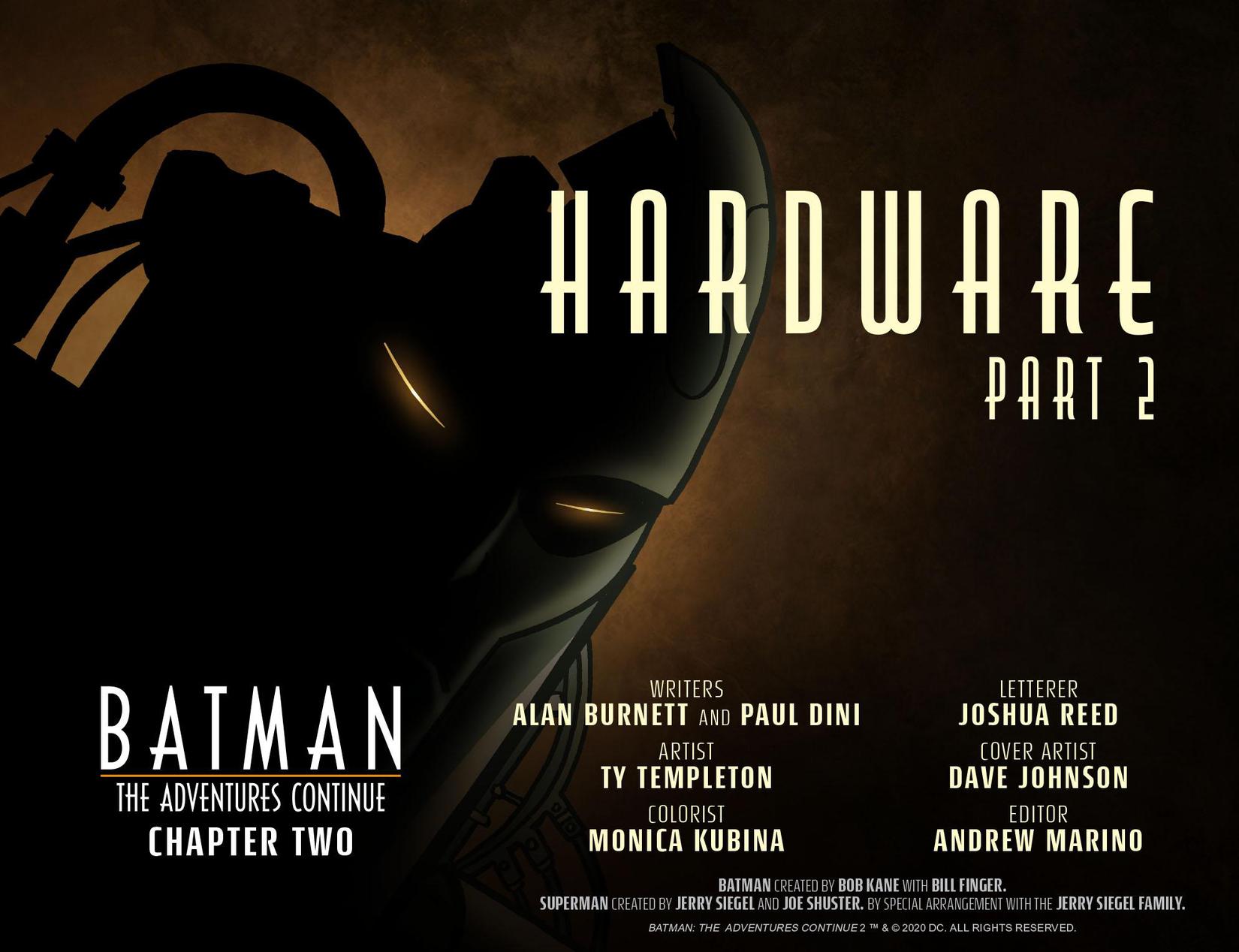 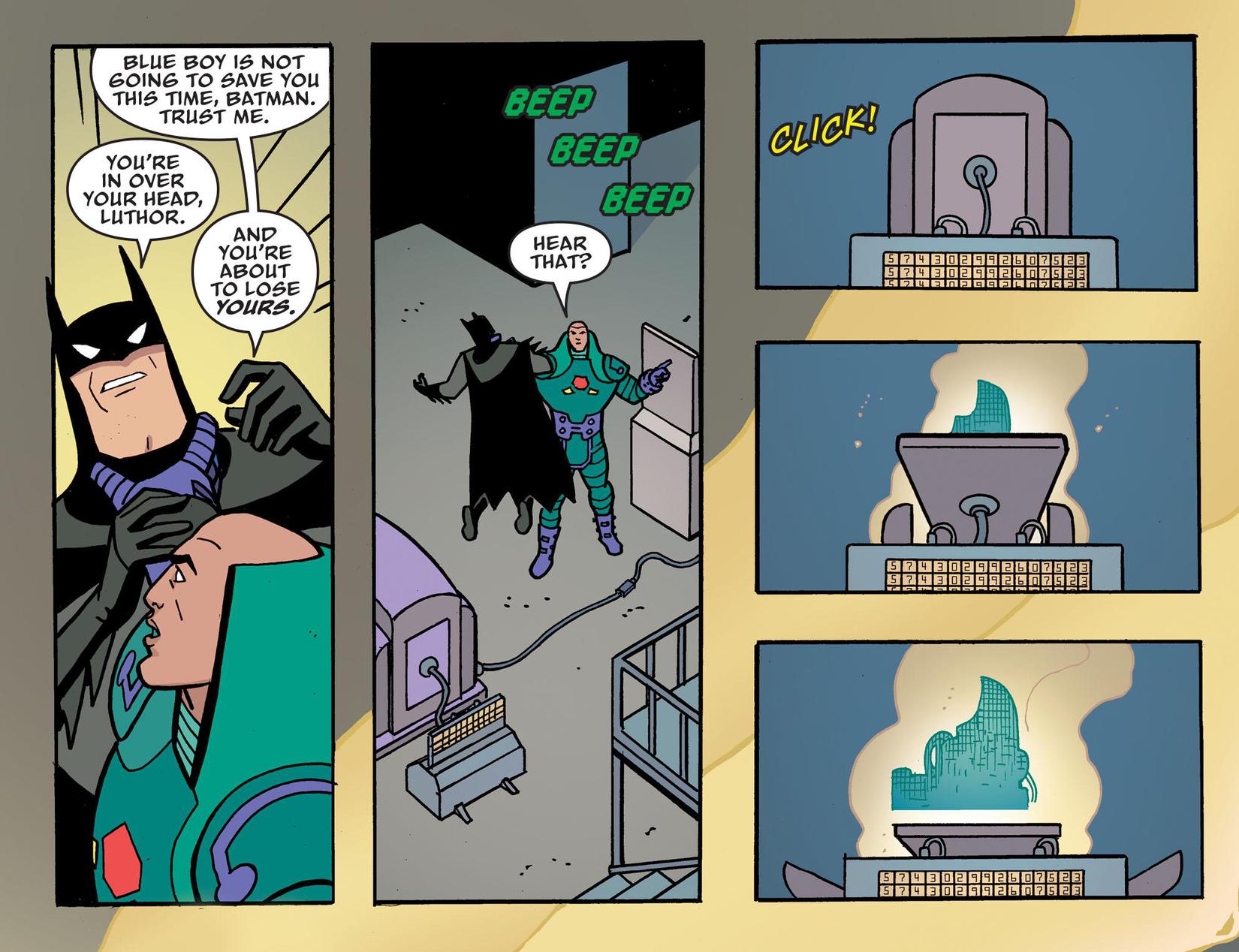 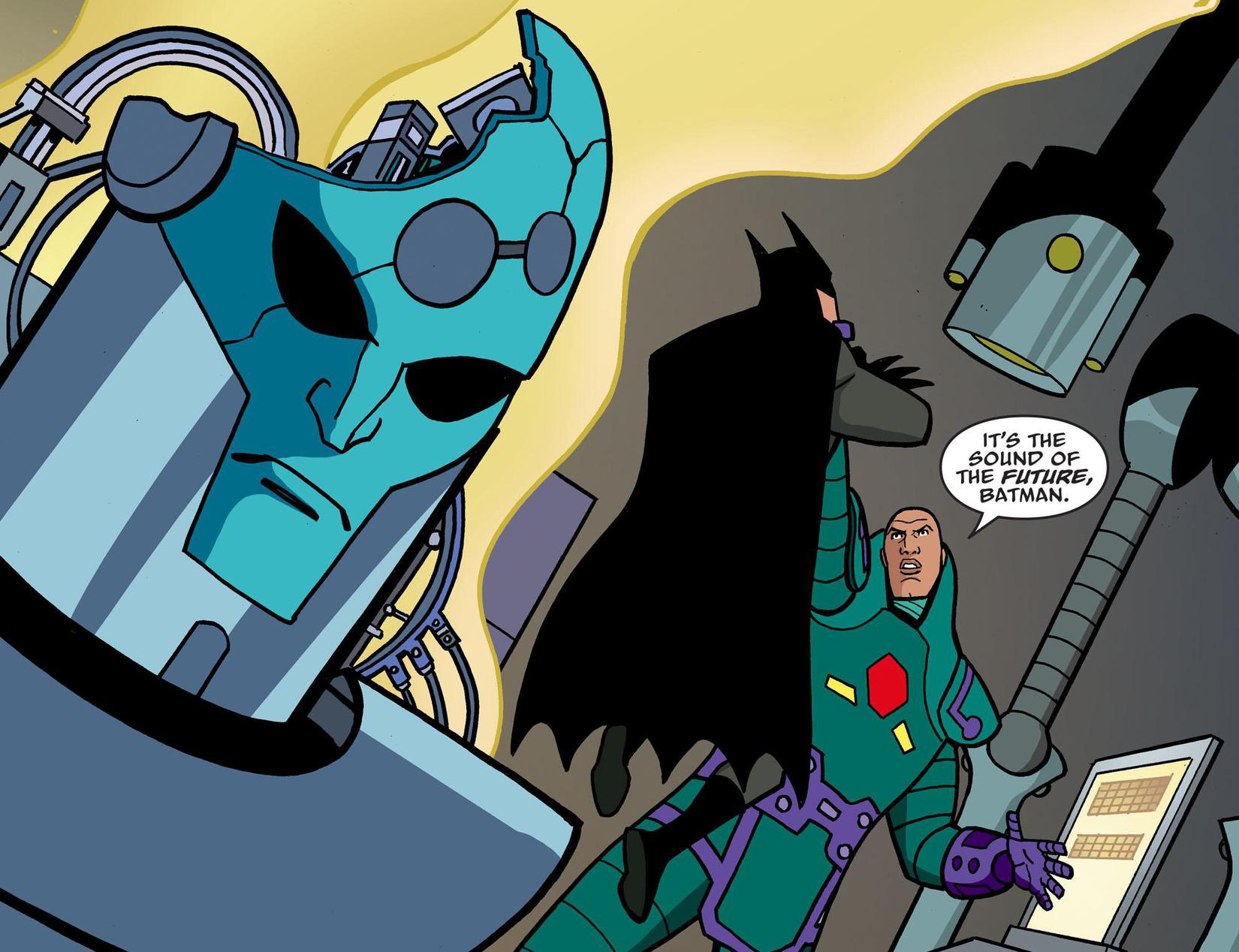 Batman's in the clutches of Lex Luthor and his powerful robot as the mad genuis races to open the vault he stole from Wayne Industries and claim his prize! The Dark Knight will need to utilize experimental tech if he's going to topple the billionaire before he leaves Gotham, but where is Superman and why can't Batman get in touch with him?!