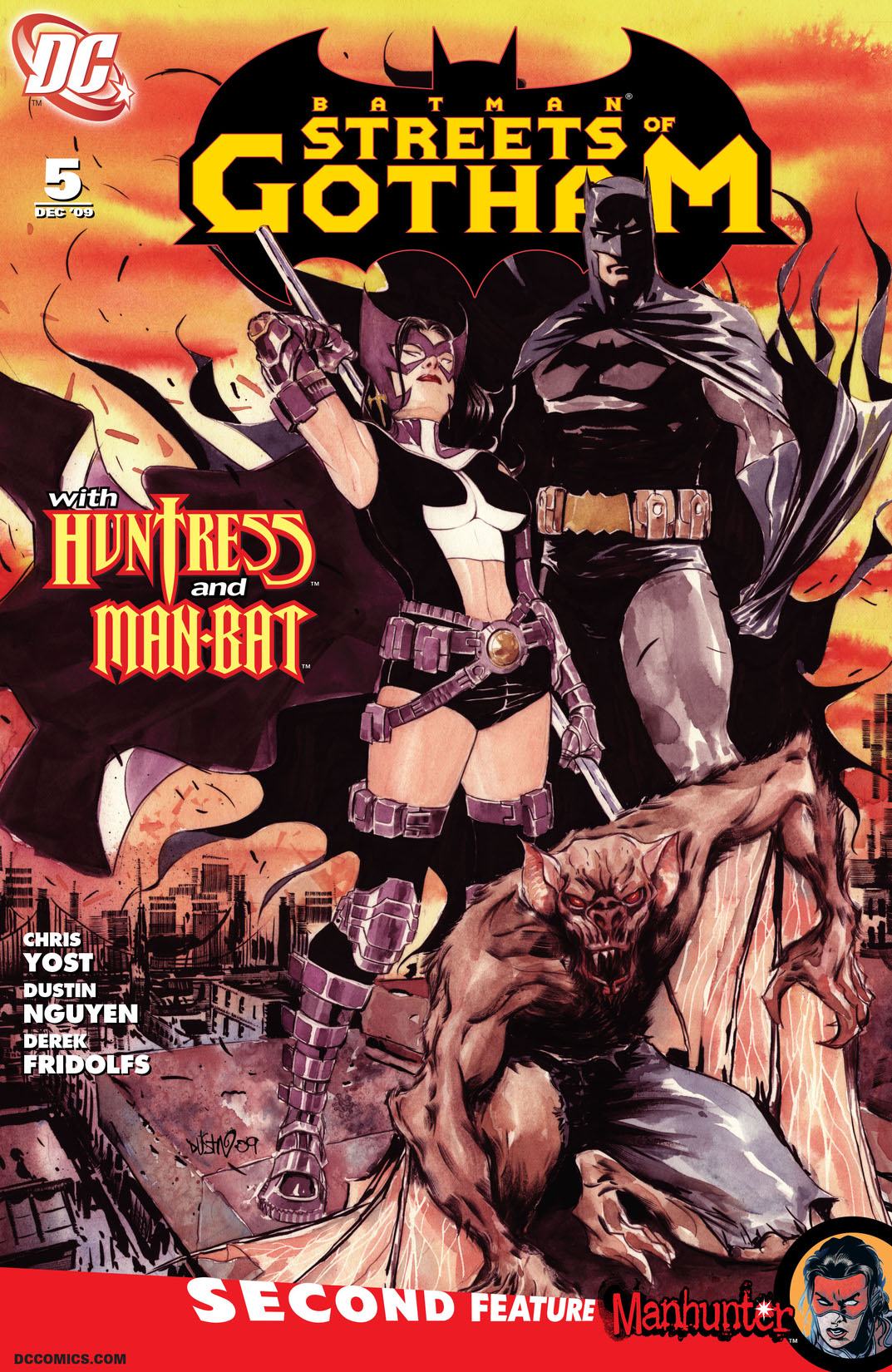 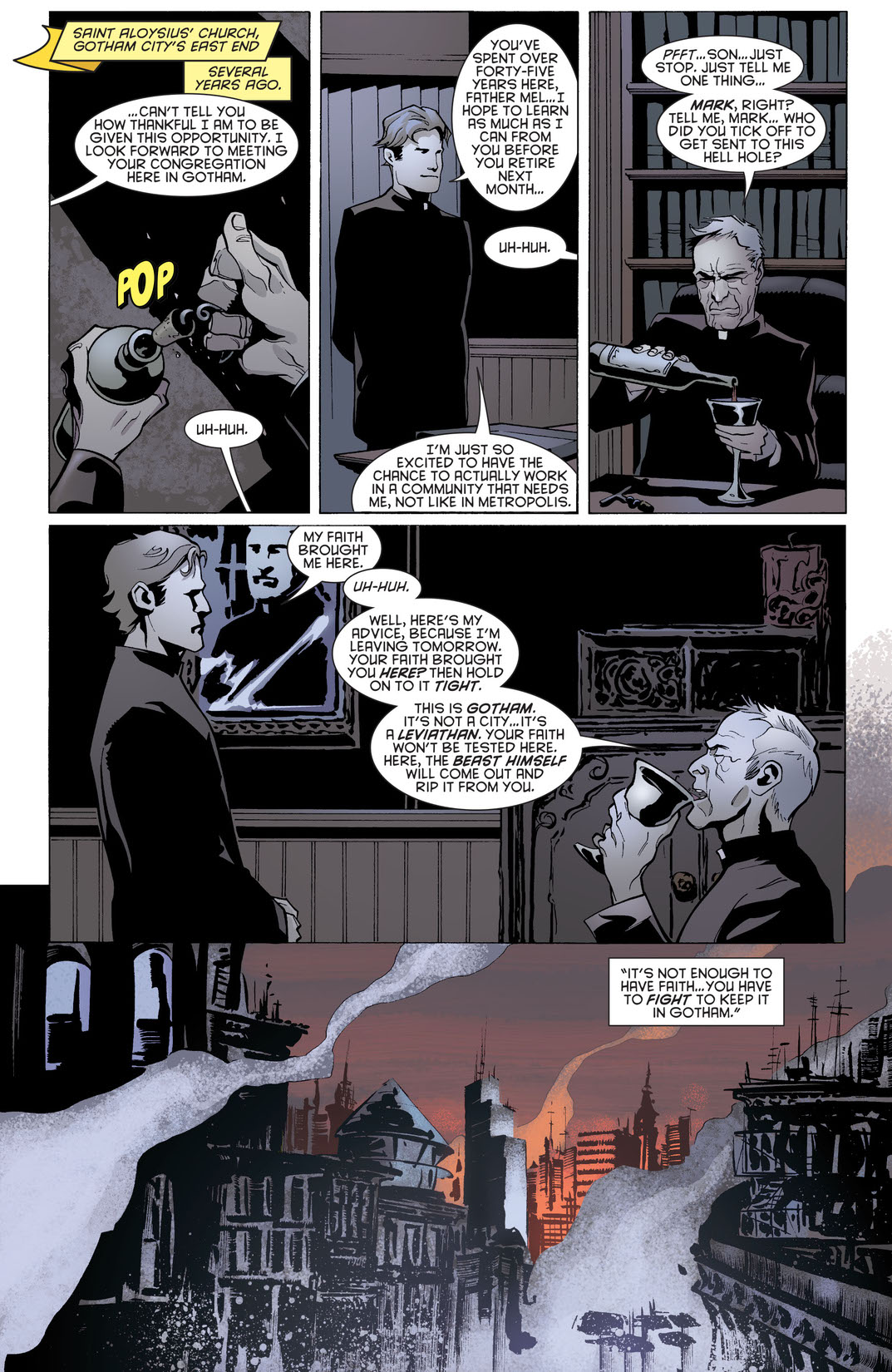 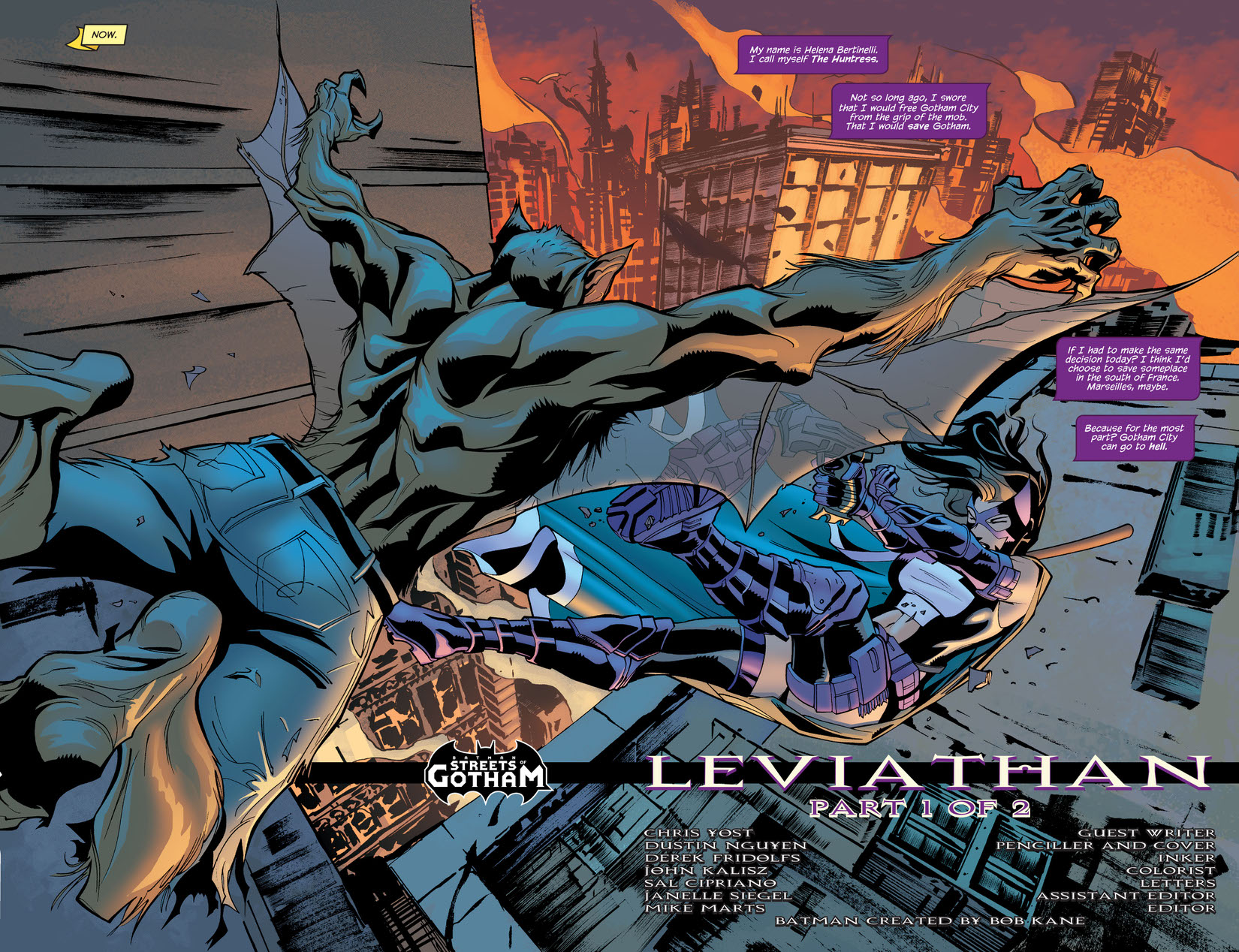 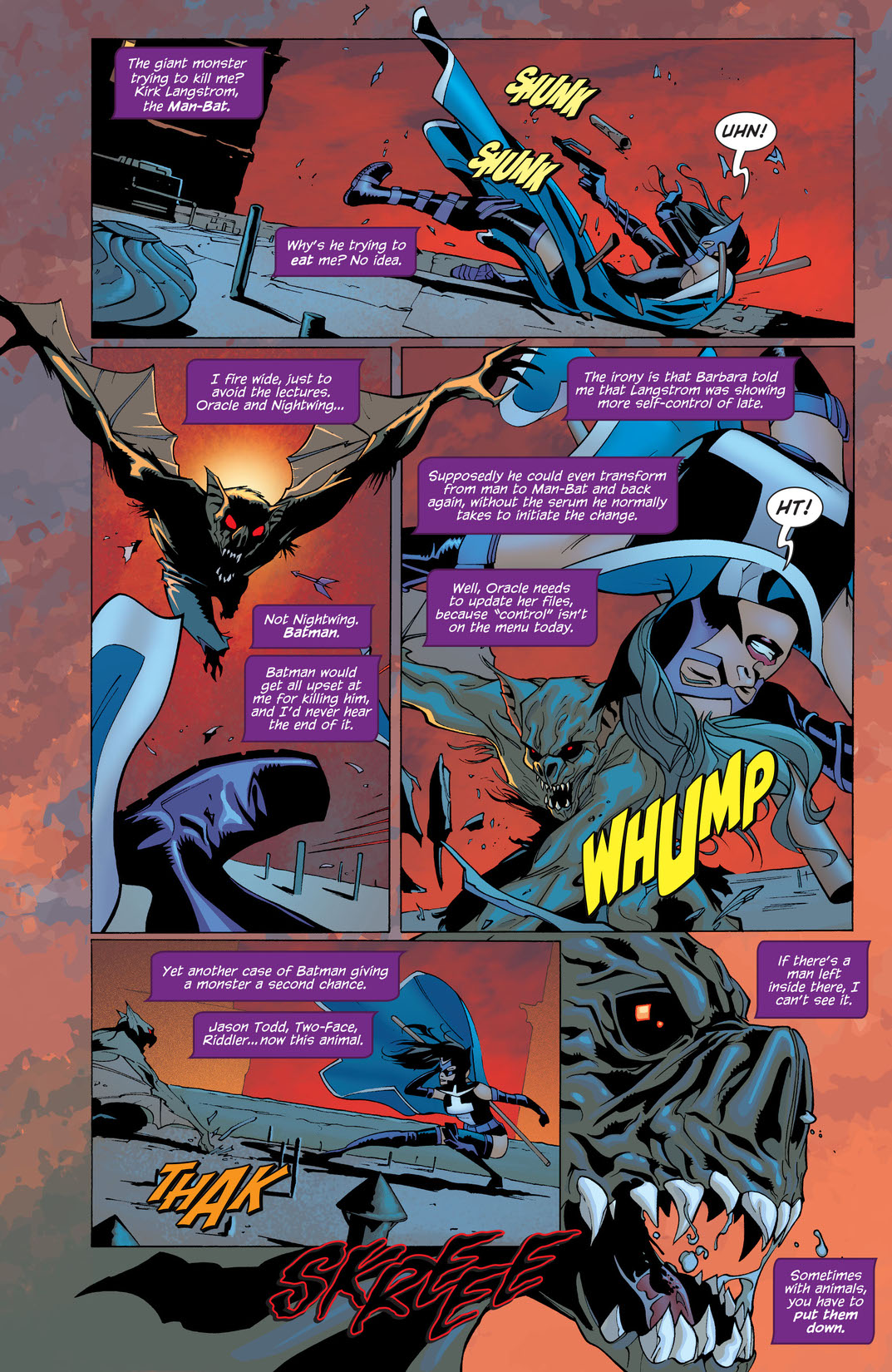 The 2-part "Leviathan" story begins as the Huntress finds herself in an unusual position: hunting down a violent new criminal while stuck with a loose cannon for a partner—the Man-Bat. Meanwhile, in the Manhunter co-feature, Jane Doe claims that Two-Face asked her to kill the former D.A.!