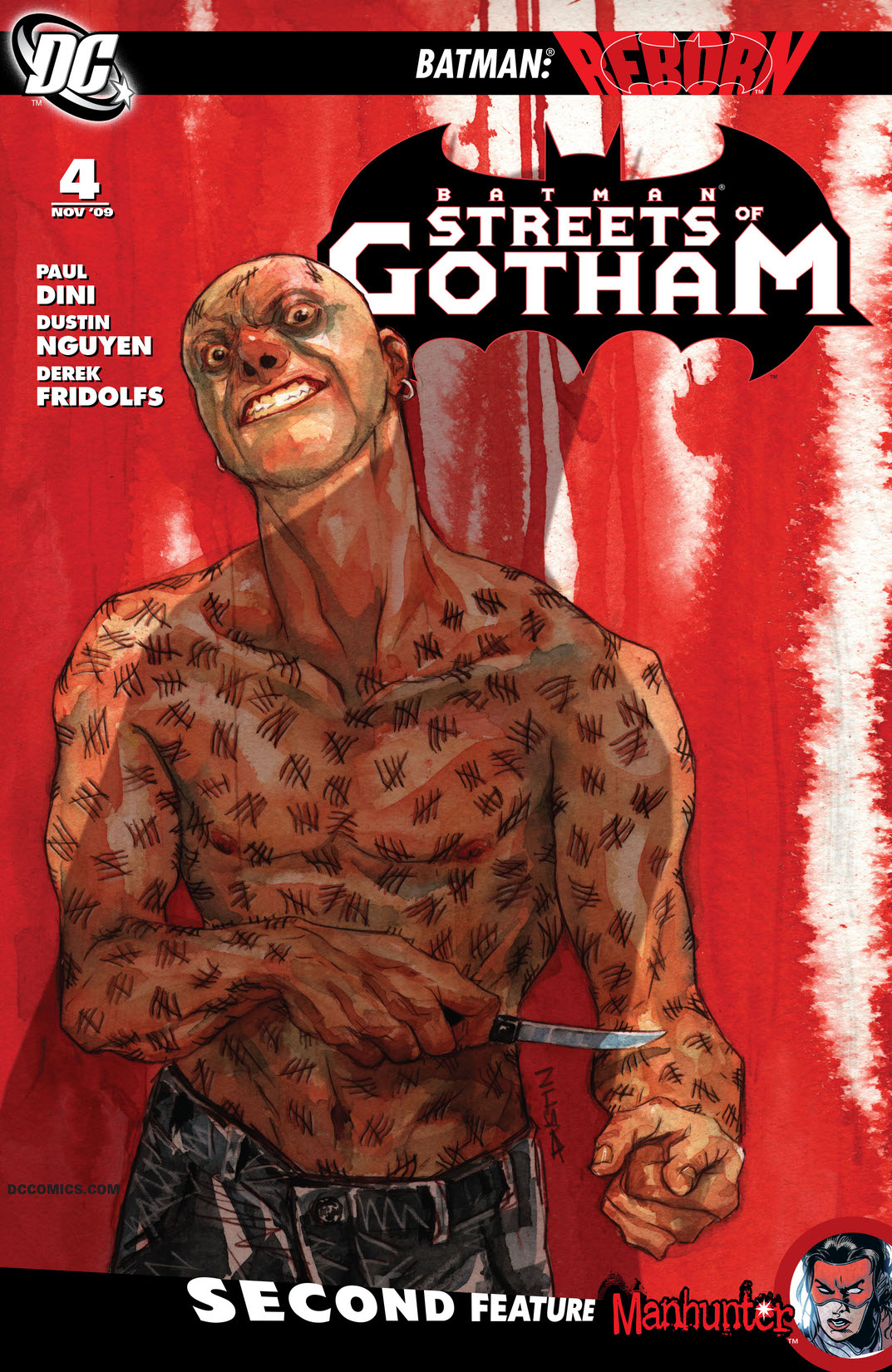 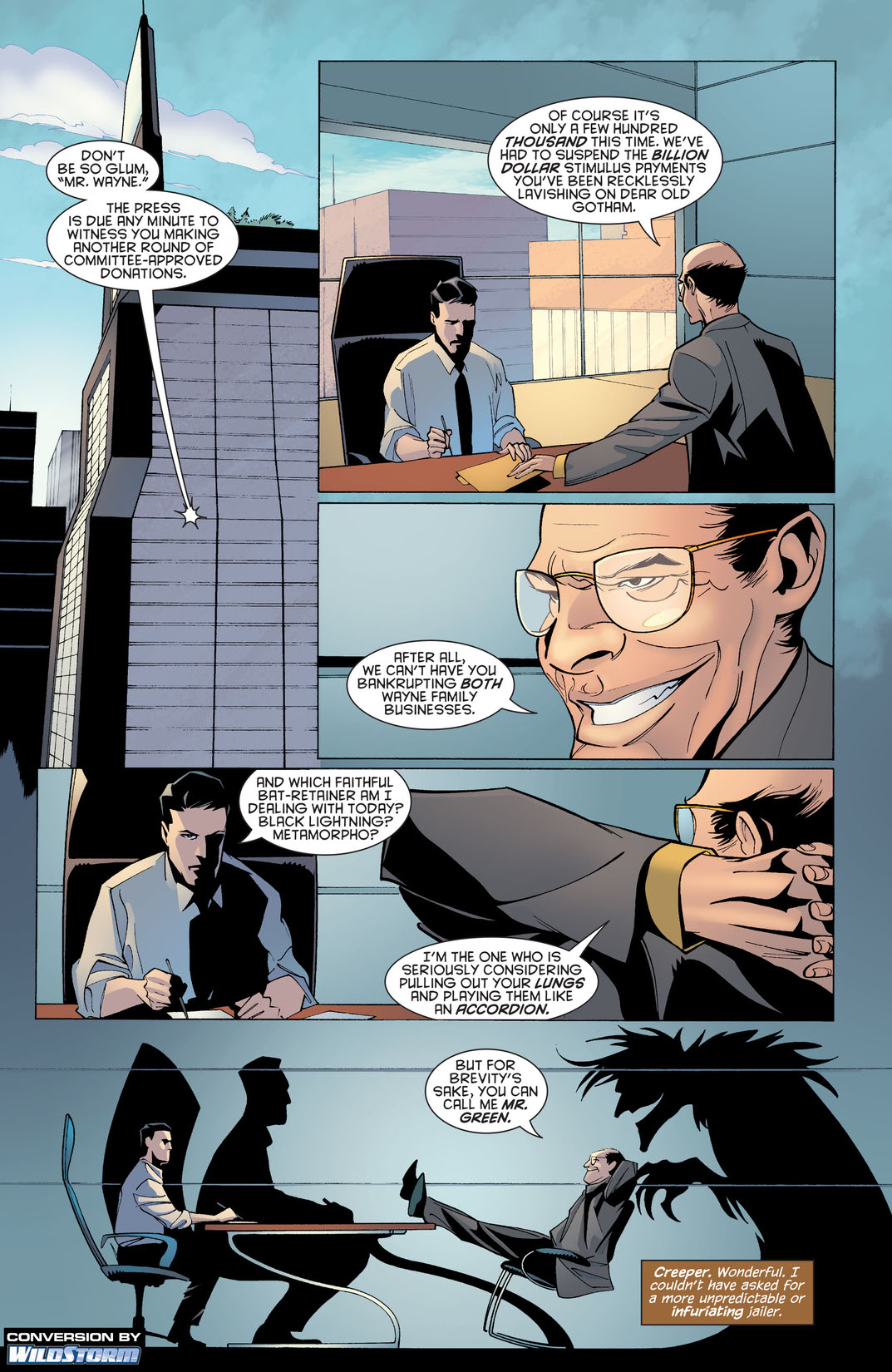 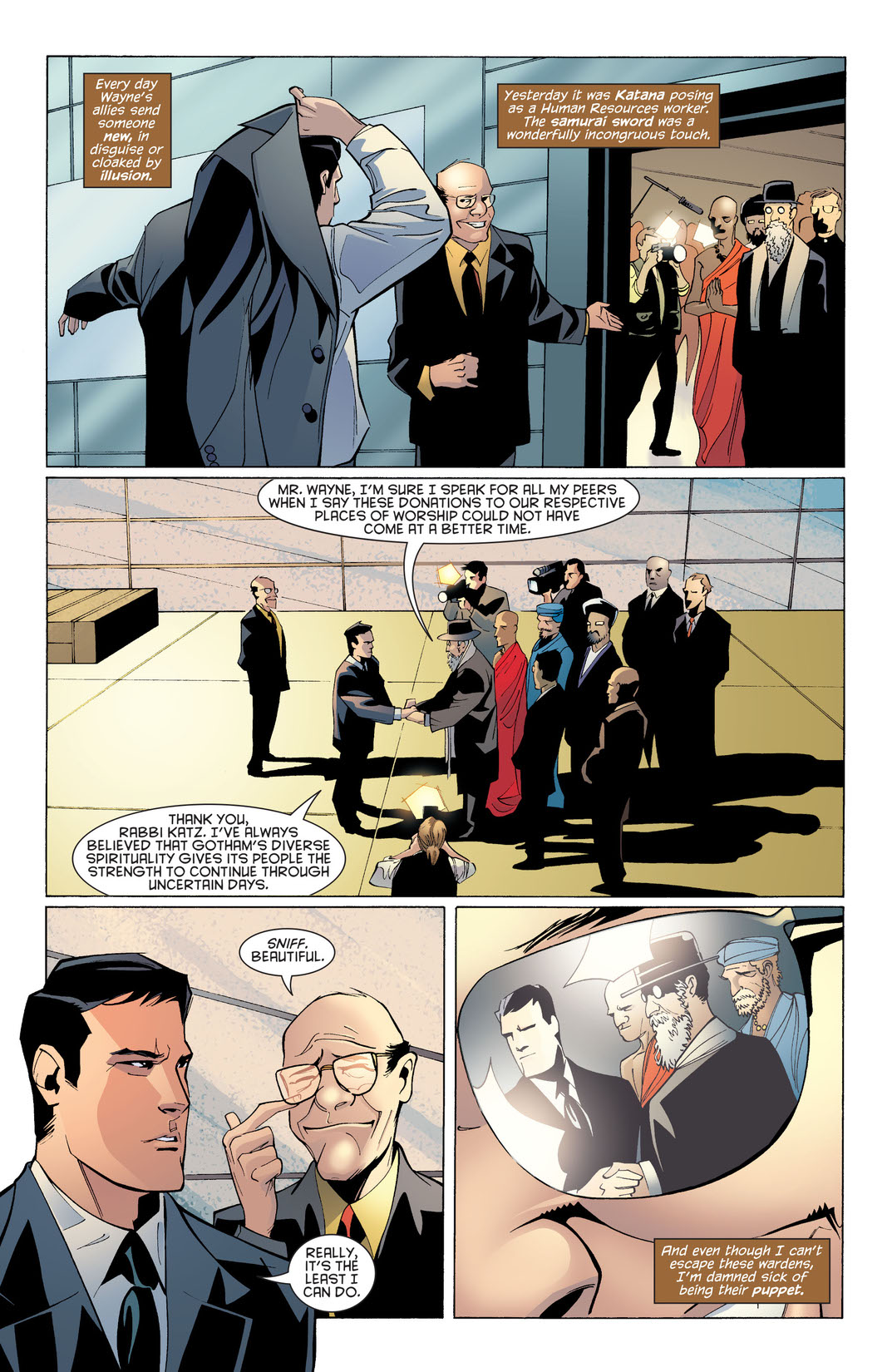 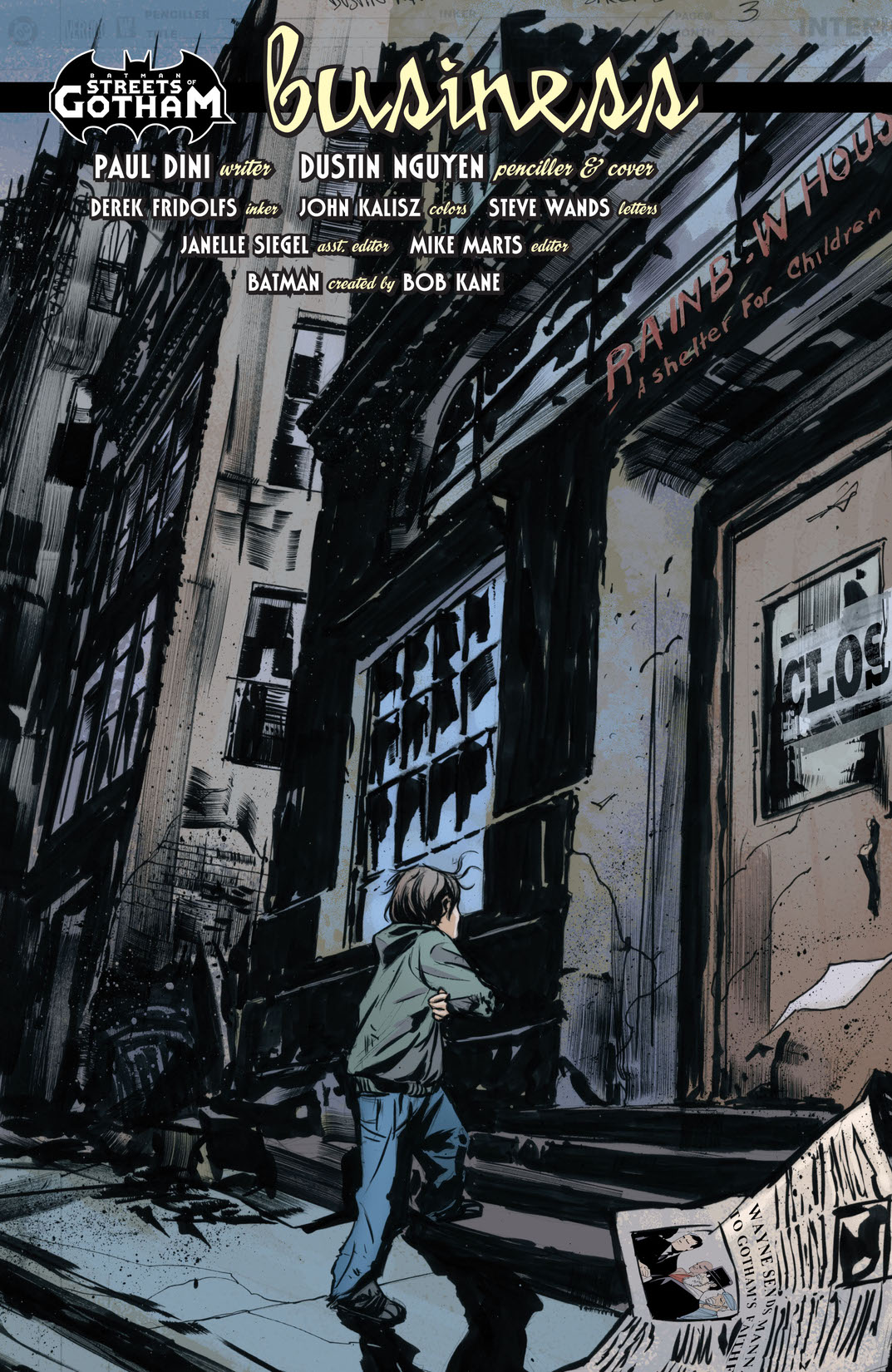 With Batman's recent 'Bruce Wayne' problems barely contained, Gotham City's new Dark Knight must now deal with the lethal arm of Black Mask's empire—Victor Zsasz! And in the Manhunter co-feature, now that Kate has Jane Doe under arrest, what does Jane have to say about the death of the former DA?