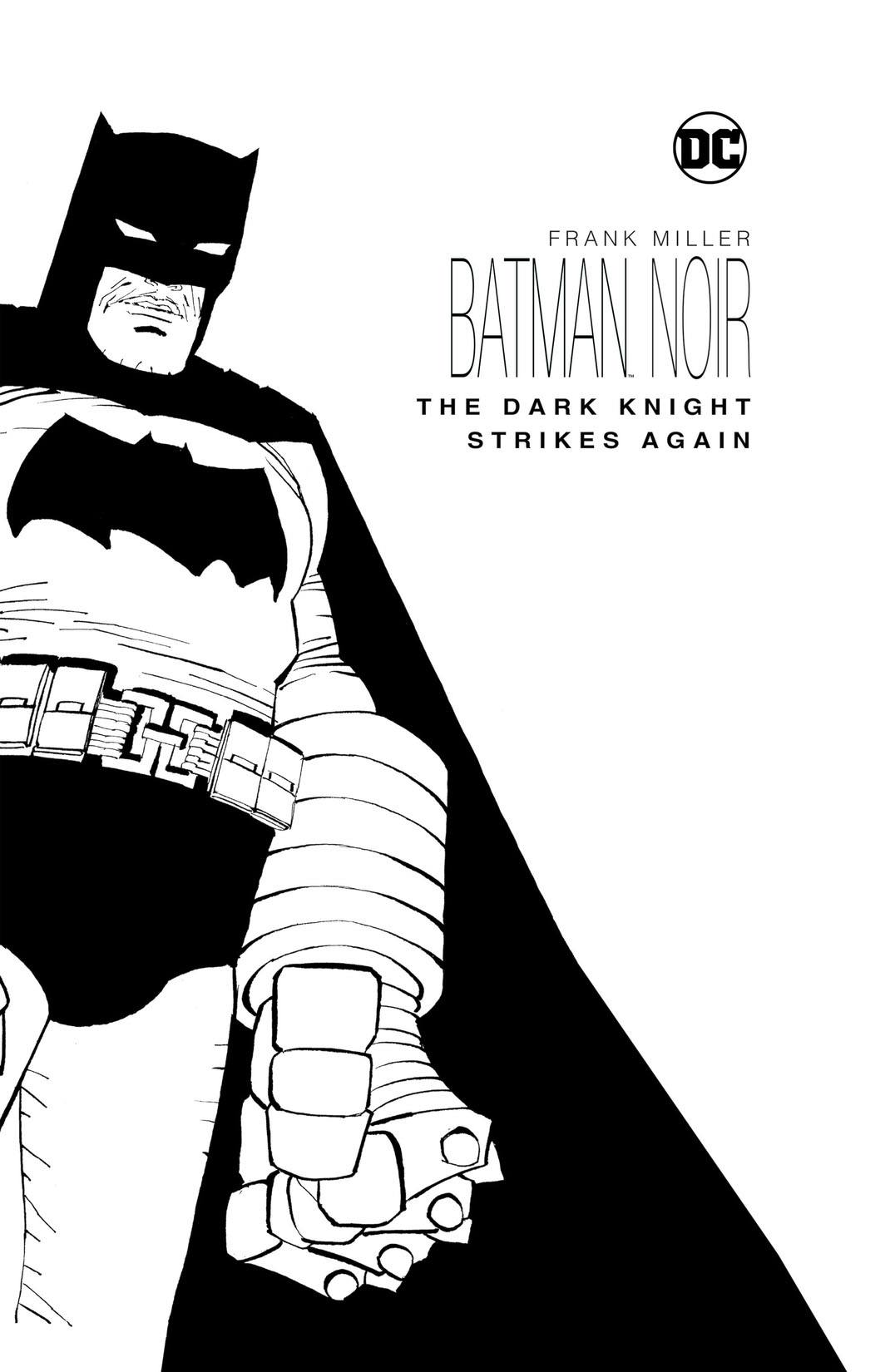 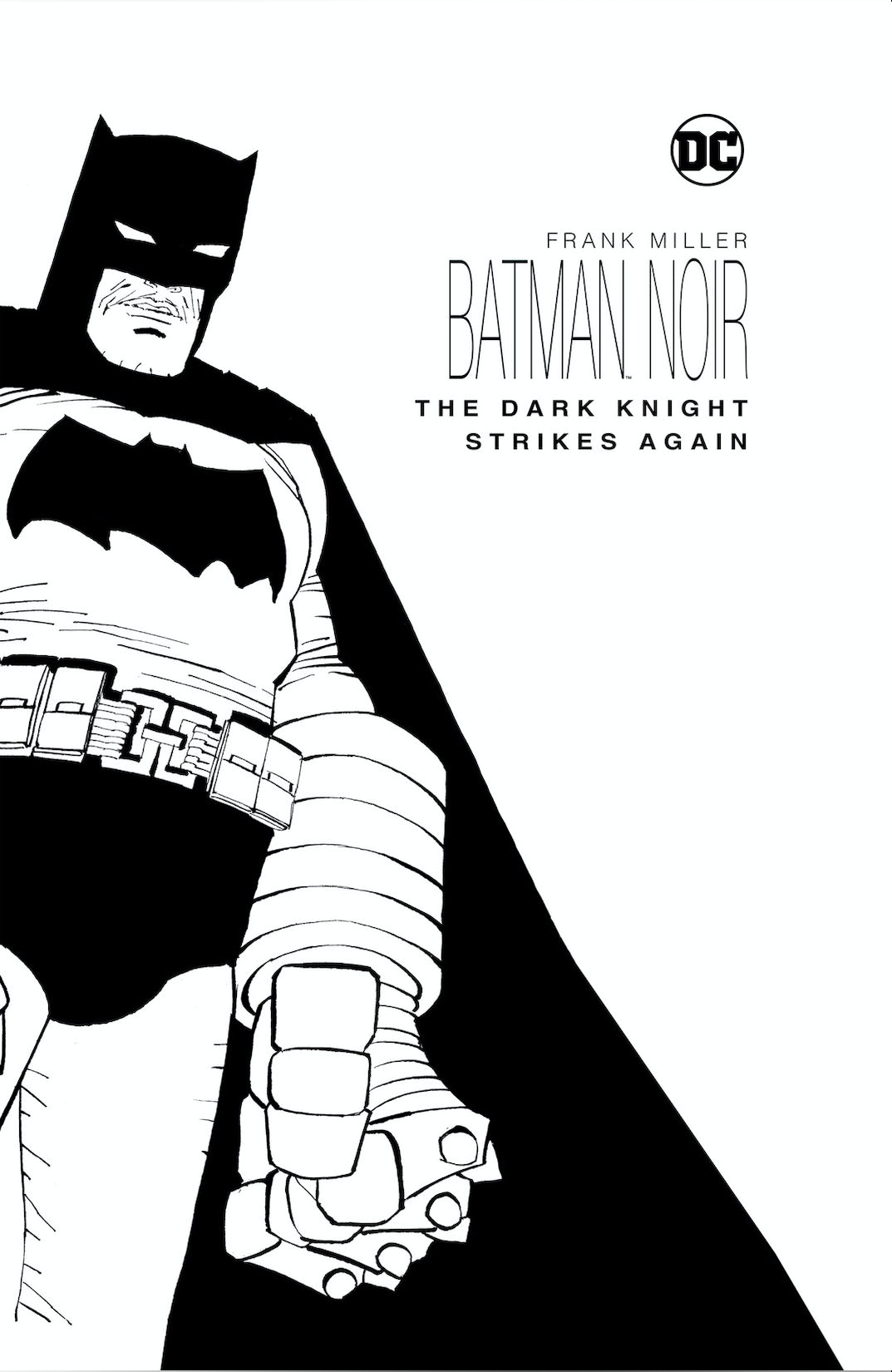 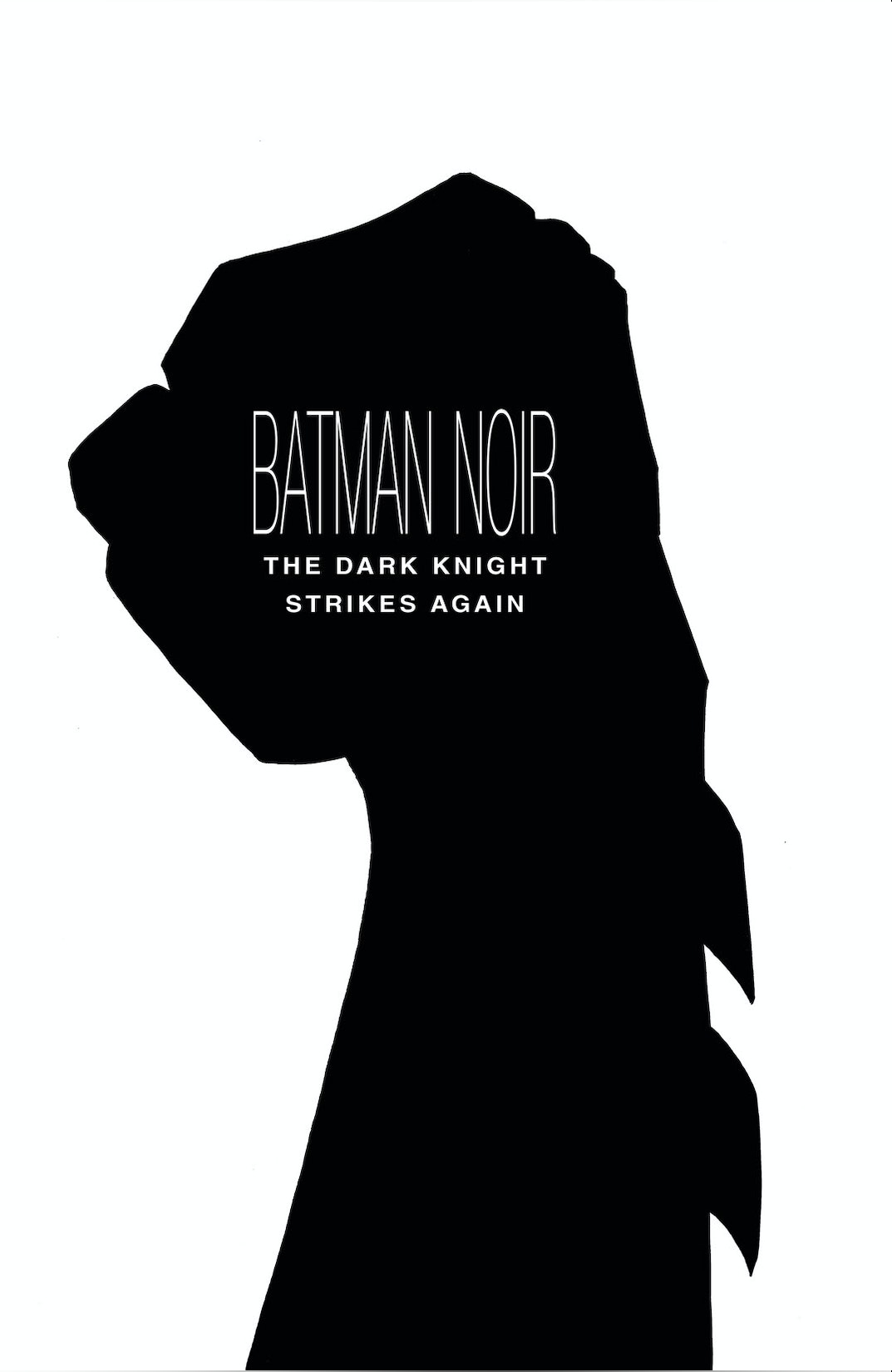 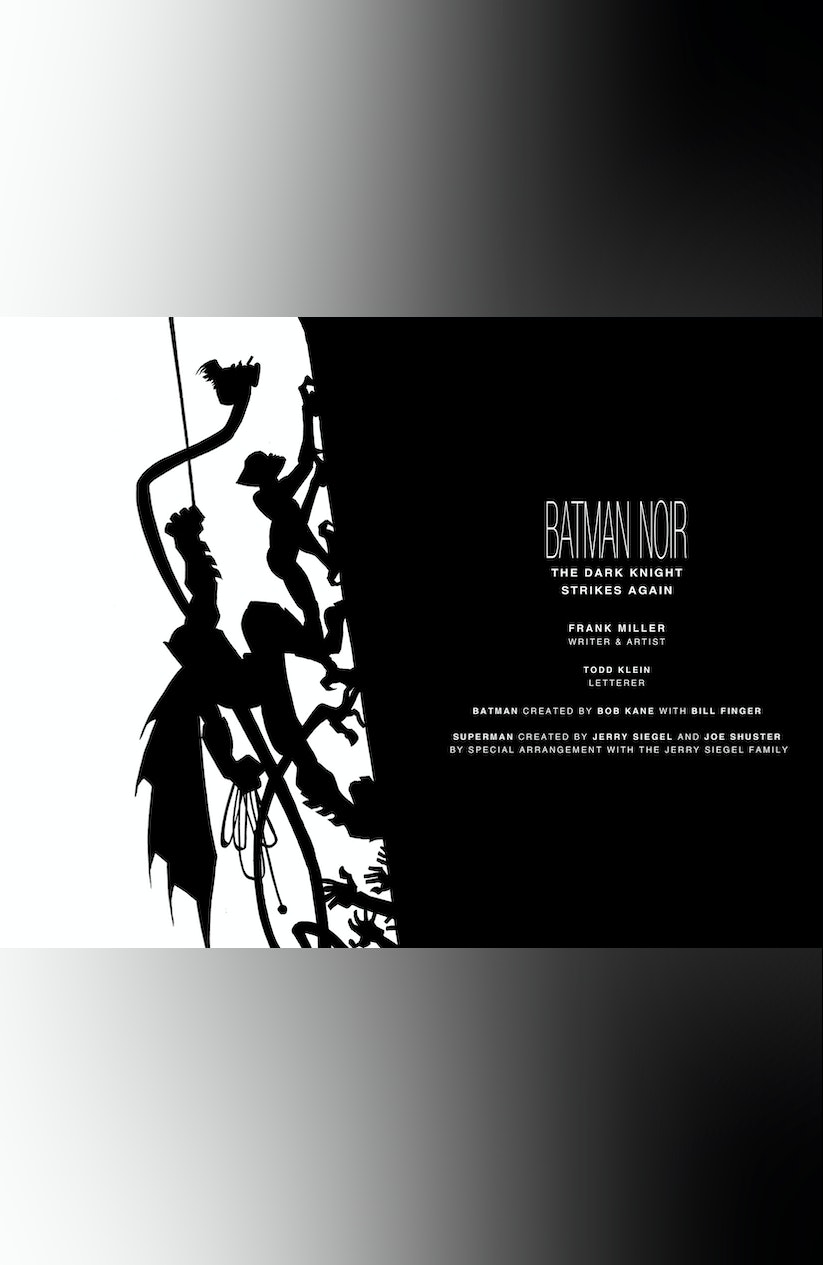 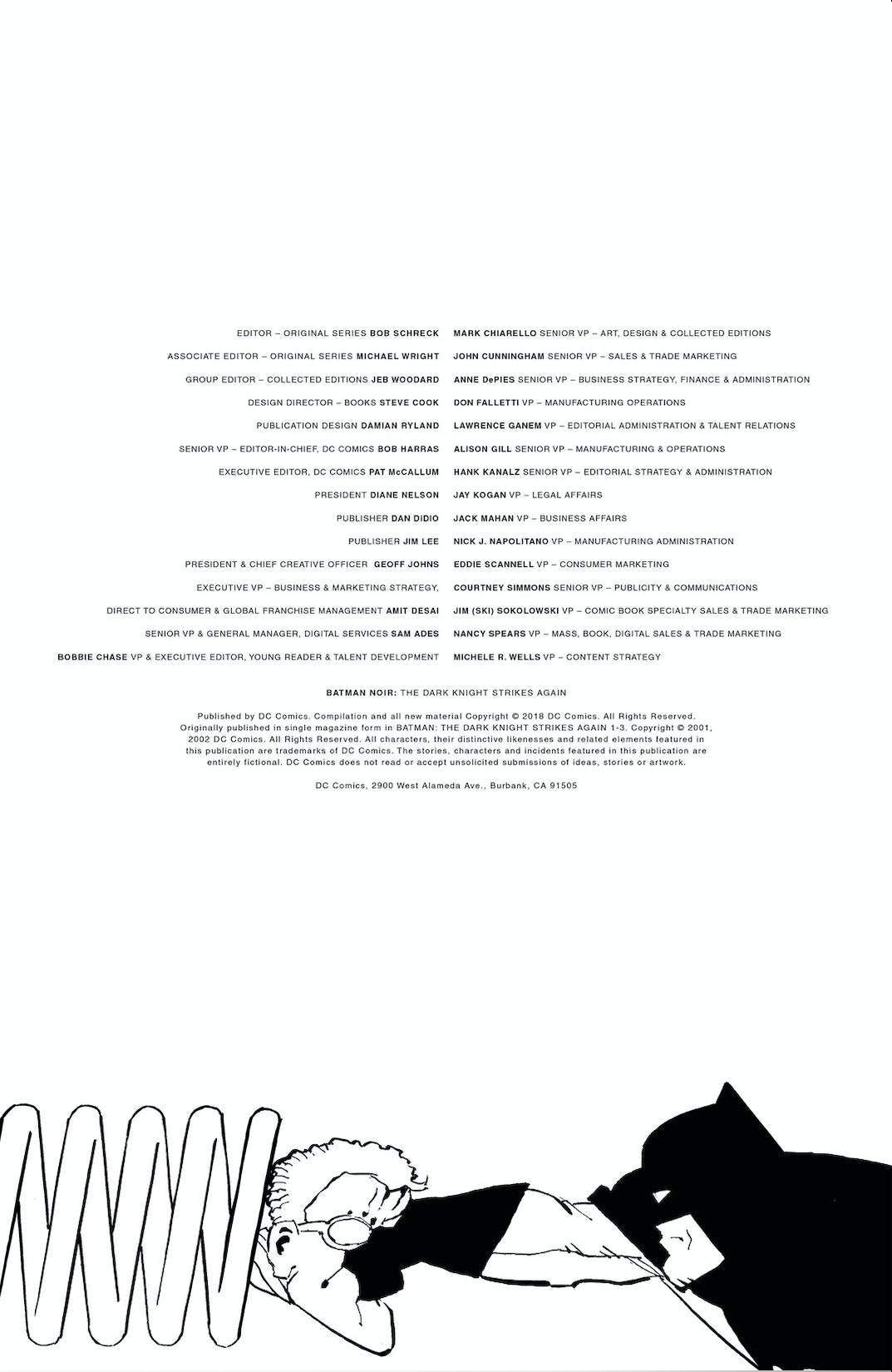 BATMAN NOIR: THE DARK KNIGHT STRIKES AGAIN continues writer and artist Frank Miller’s dystopian Batman tale in gritty black-and-white inks as it has never been seen before. It has been three years since the events of The Dark Knight Returns, and everything is just fine. At least on the surface. What the world at large doesn’t know is that it’s a total sham. A perfectly choreographed, pretty little world where everything that’s ugly, or even potentially disturbing, is all nicely wrapped up with neat little ribbons and swept under the carpet. Only he knows better. He’s watched it fester to near-breaking point, and it’s time for the only free man left who can effect any real change to bring it all down around their ears once and for all. The Dark Knight returns once again with a vitality unseen since the first years of his war on crime. Together with his army of Bat-soldiers, including Carrie Kelley—formerly Robin, and now the new Catgirl—the Dark Knight wages a new war on a diseased world that’s become completely lost. Collects Batman: The Dark Knight Strikes Again #1-3.