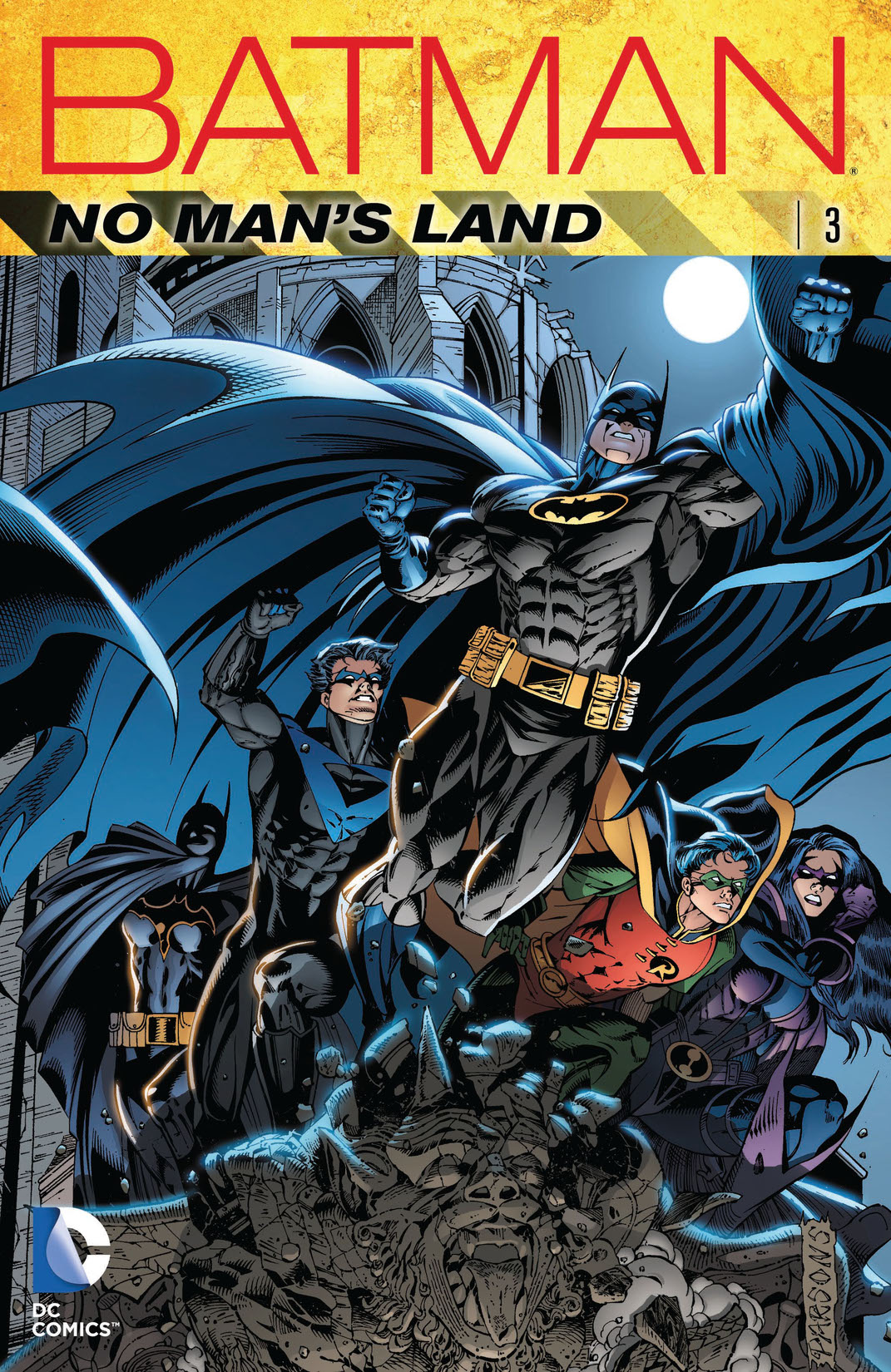 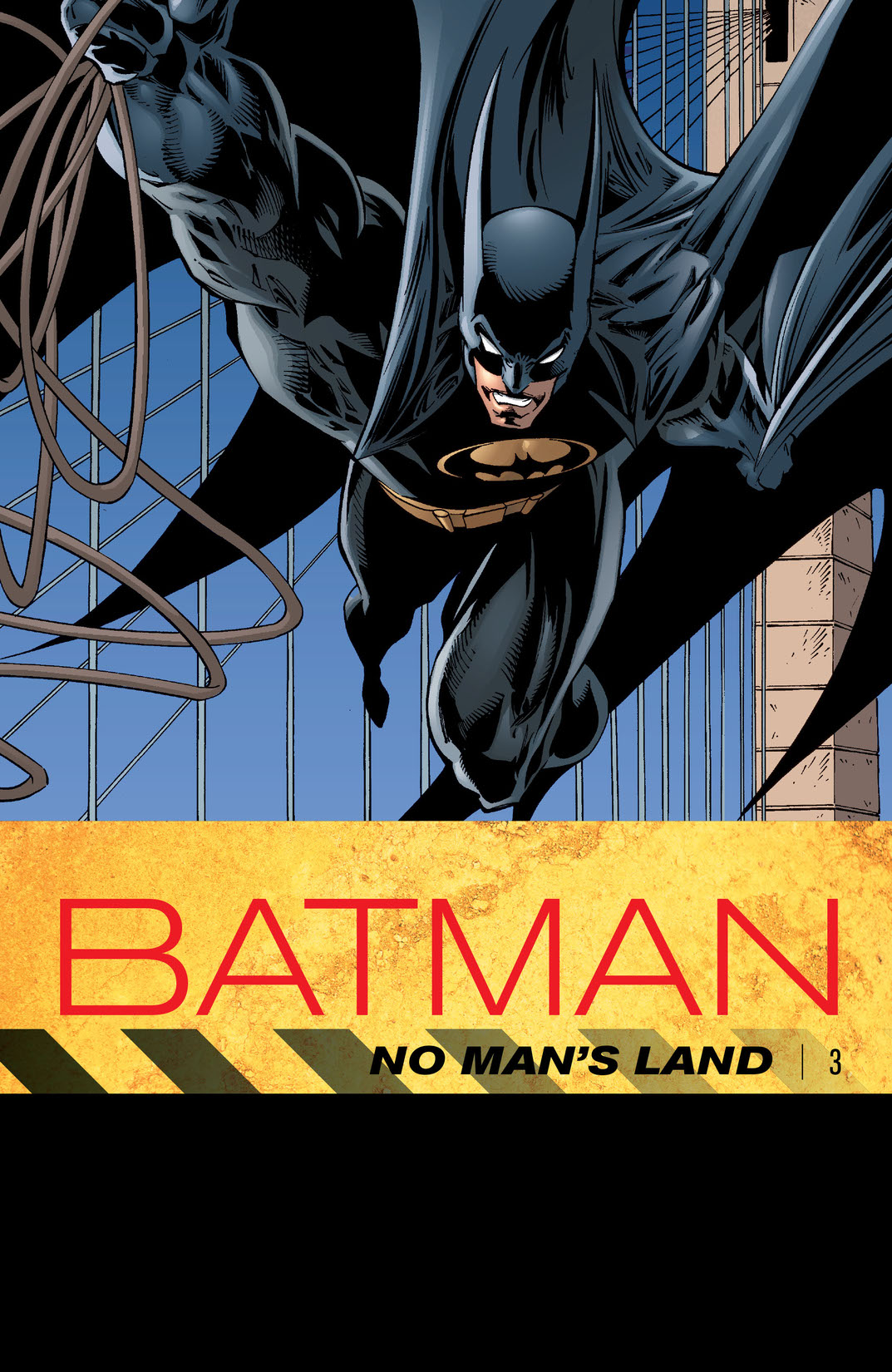 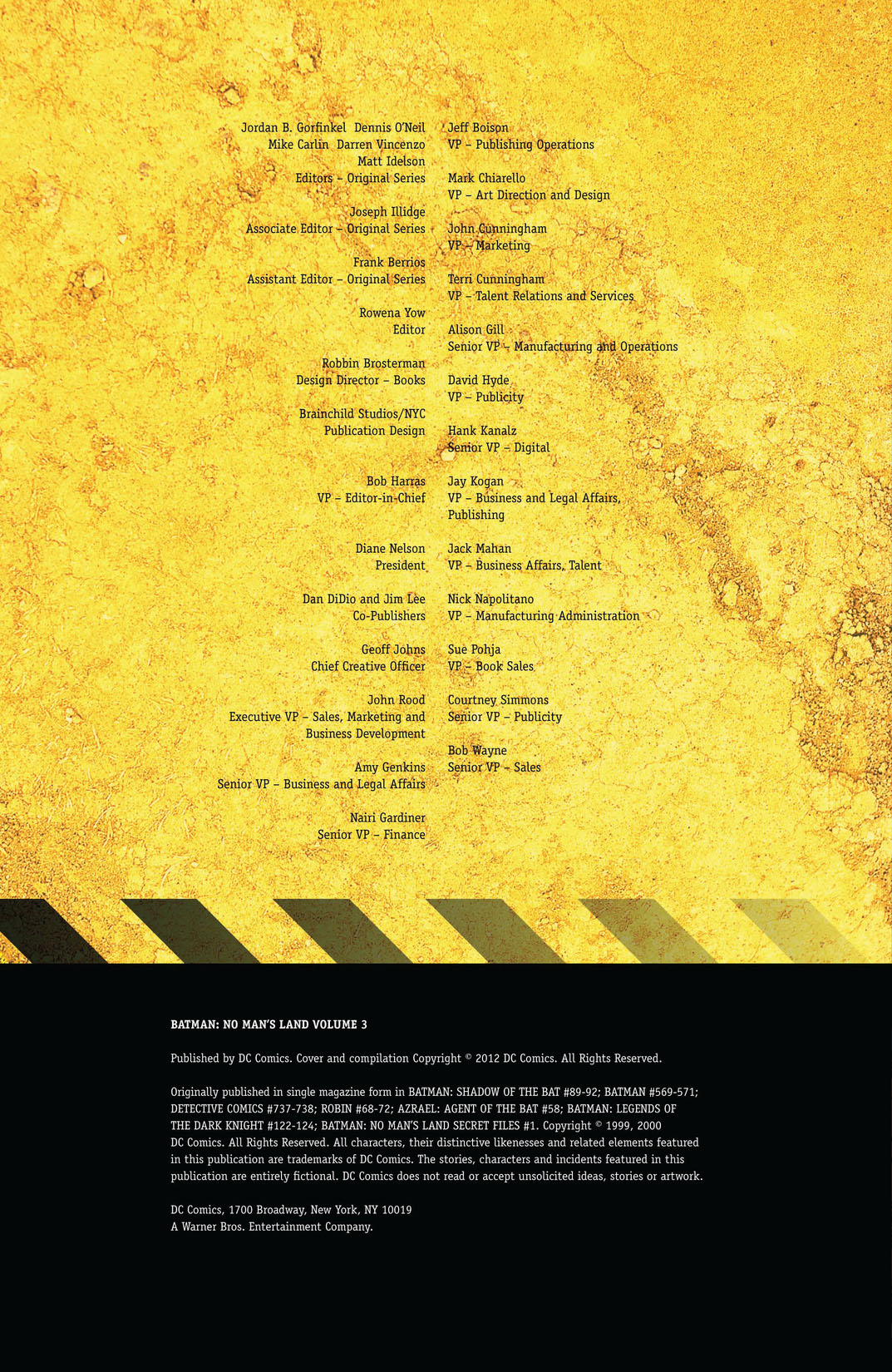 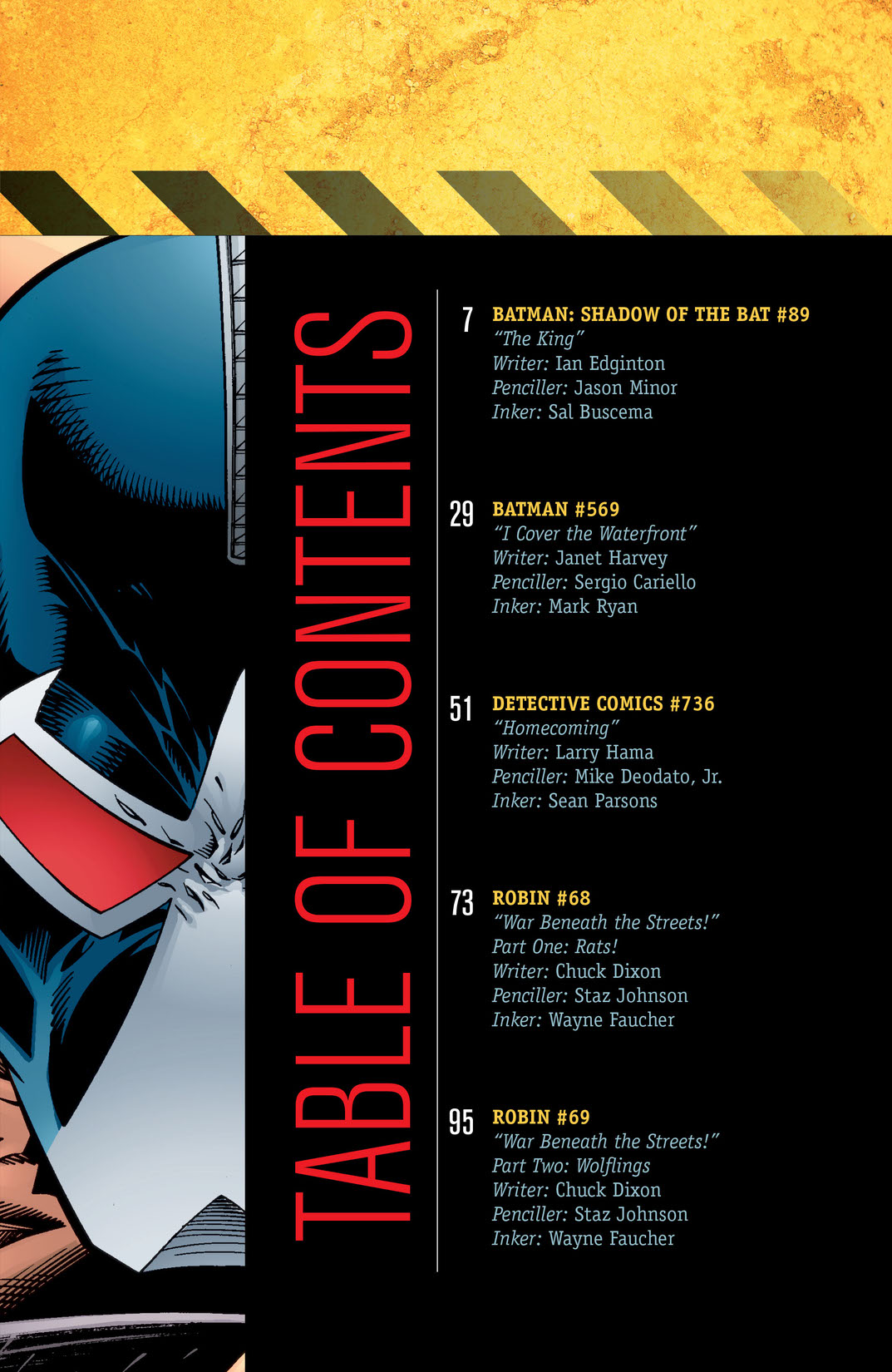 All bets are off in quake-ravaged, desolate Gotham. Villains run amok and Batman has his gloved hands full controlling first the Skinners, then The fist of Serendipity, a local Chinatown gain that has cornered the market on precious electrical power. But they are just small potatoes compared to the more sinister threats that face the Dark Knight and his stalwart squad of Gotham defenders. Bane makes a return to wreak havoc, The Joker and his faithless Harley Quinn are setting up explosive traps all around the city, The Penguin has his beady eye on Gotham’s finances… This volume collects the issues: BATMAN #569-71, DETECTIVE COMICS #736-738, AZRAEL: AGENT OF THE BAT #58, BATMAN: LEGENDS OF THE DARK KNIGHT #122-124, BATMAN: SHADOW OF THE BAT #90-92, ROBIN #68-72, and BATMAN: NO MAN'S LAND SECRET FILES #1.