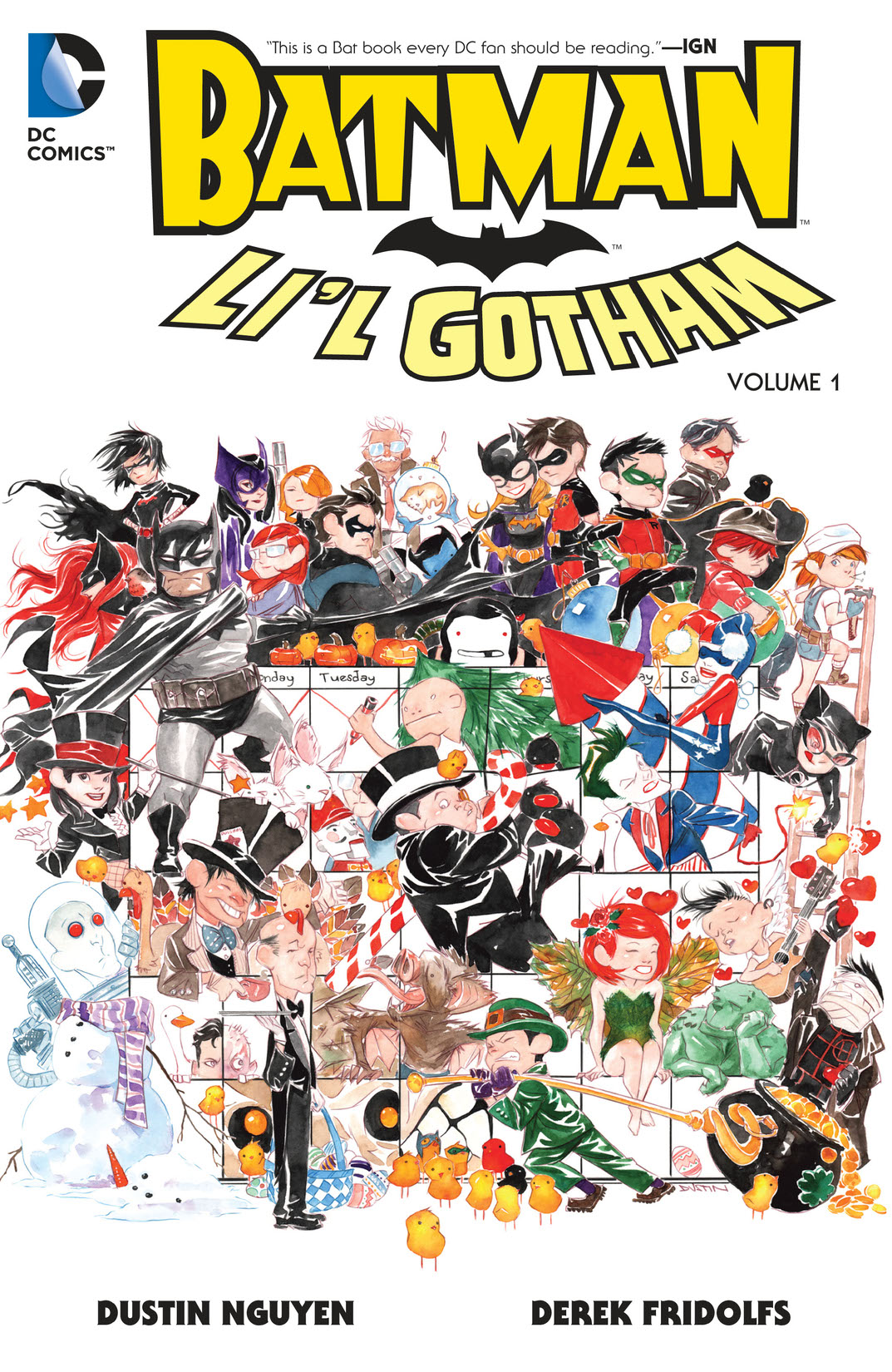 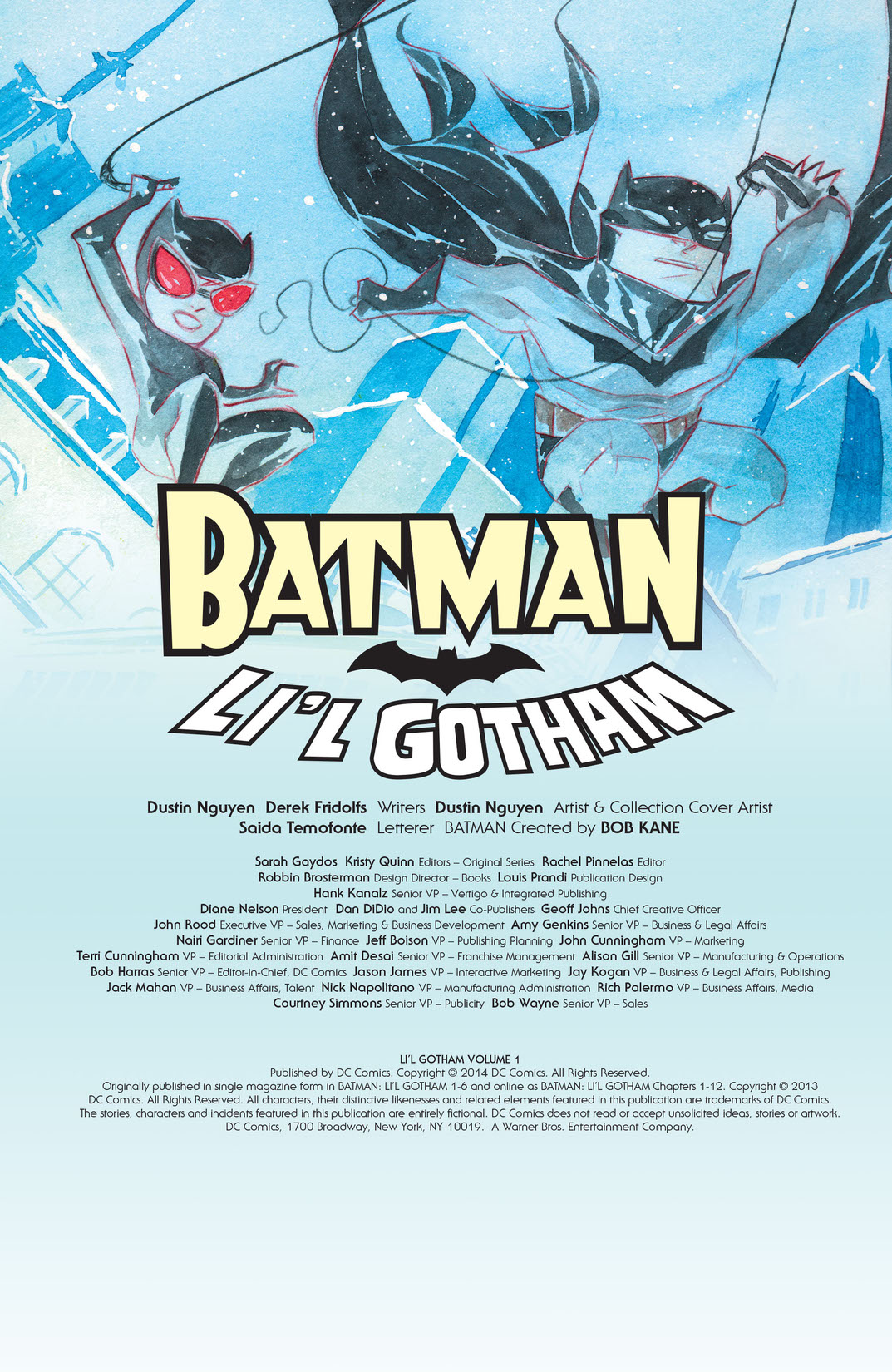 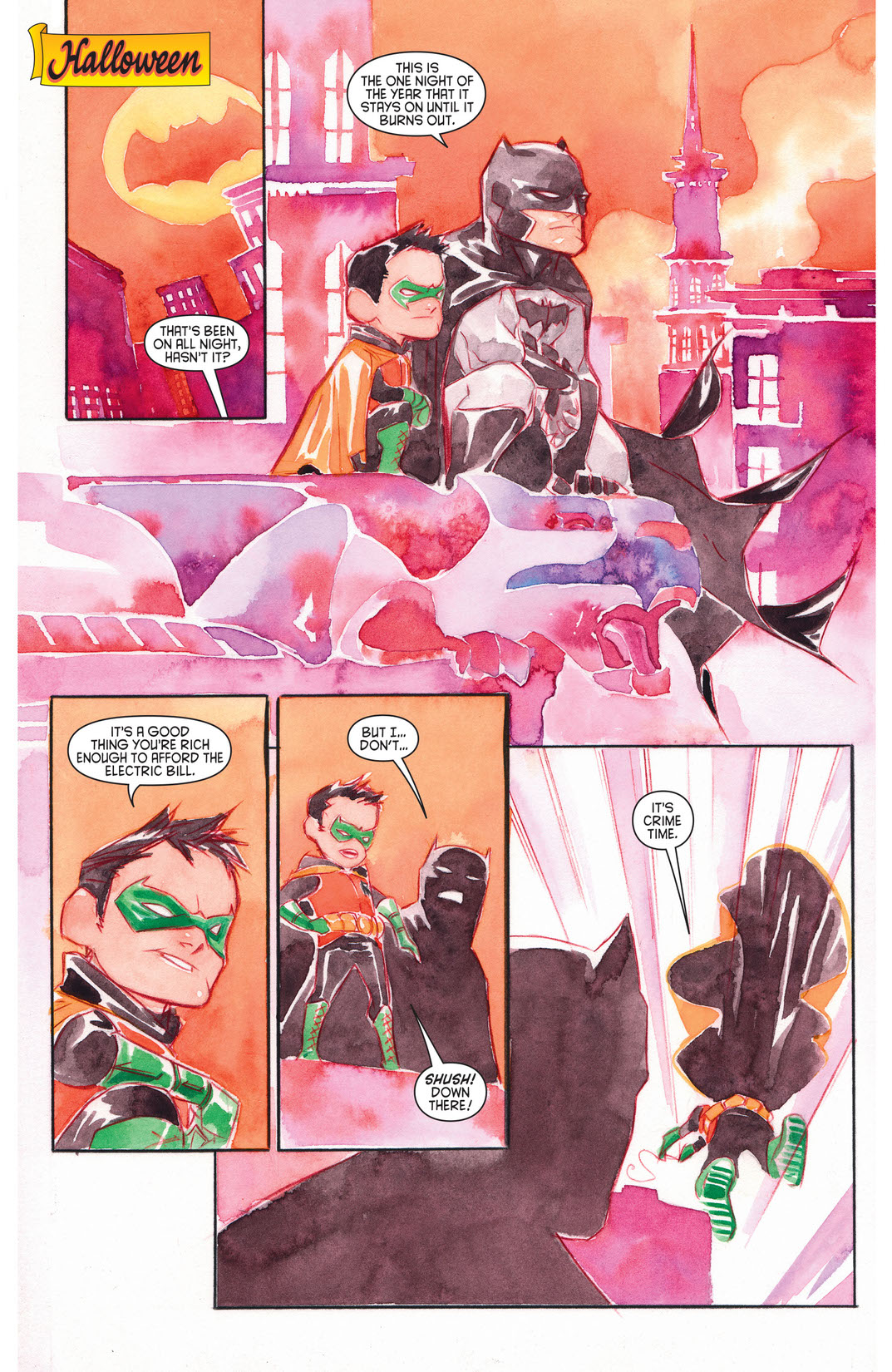 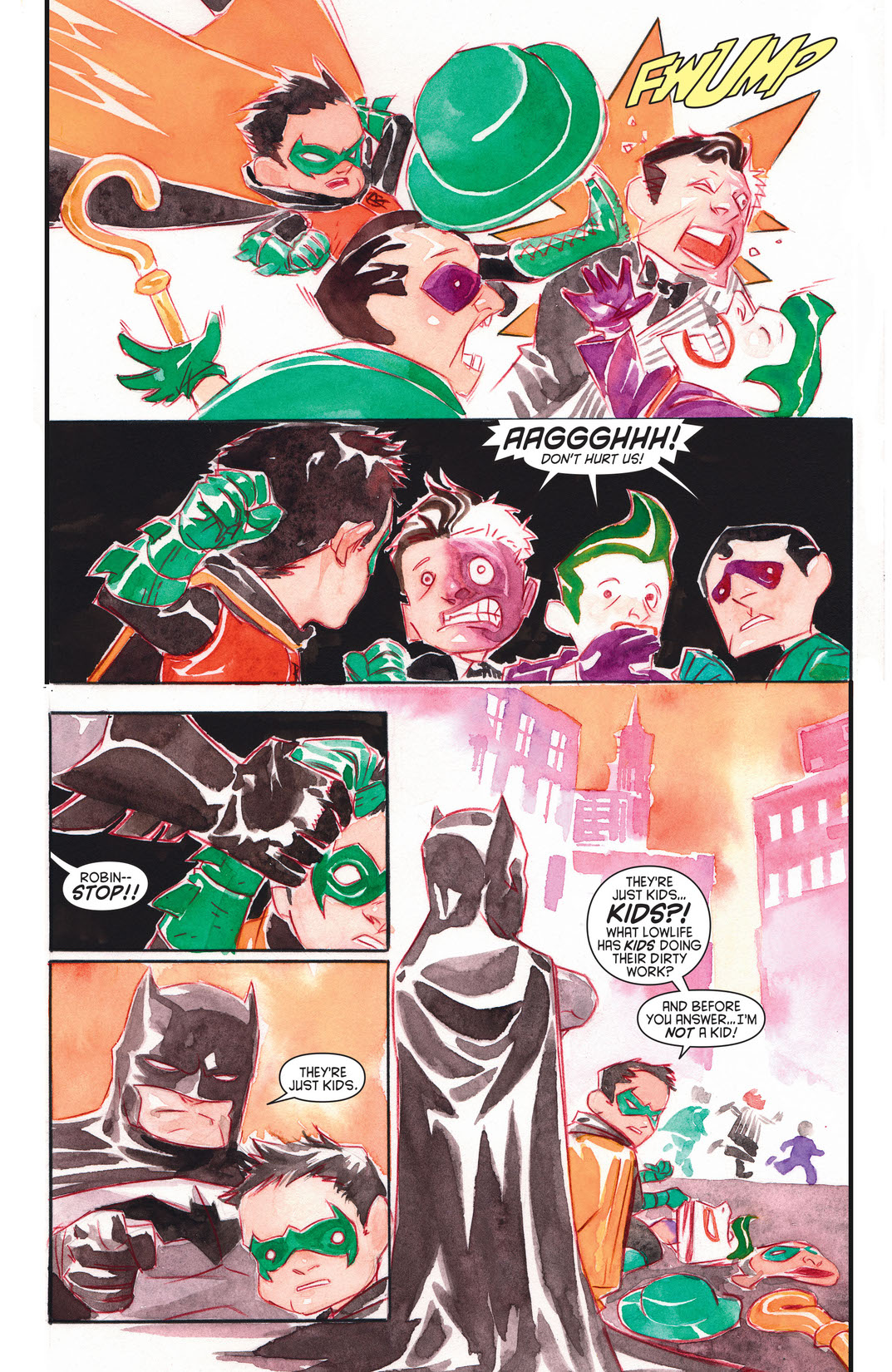 These gorgeously drawn and painted all-ages tales feature all of your favorite Gotham City characters: Batman, Robin, Nightwing, Catwoman, The Joker, The Penguin and many others!  First up, Robin needs Batman's help to learn the true meaning of Halloween. Then, on Thanksgiving, Batman and Robin join the families of Gotham City around the table for a holiday feast—and birds of a feather flock together to stage a march against the city...led by The Penguin!  As Christmas time approaches, the search for a missing holiday choir leads Batman and Nightwing into a confrontation with Mr. Freeze! But in this heartfelt Christmas tale, the frozen fiend's motives aren't as nefarious as they seem...And on a festive New Year's Eve, Catwoman thinks she'll be spending a quiet night at home, contemplating her New Year's resolutions—until Poison Ivy and Harley Quinn show up, that is! This volume collects stories from Detective Comics Annual #11, Batman Annual #27, Batman: Li'l Gotham Digital chapters 1-11.