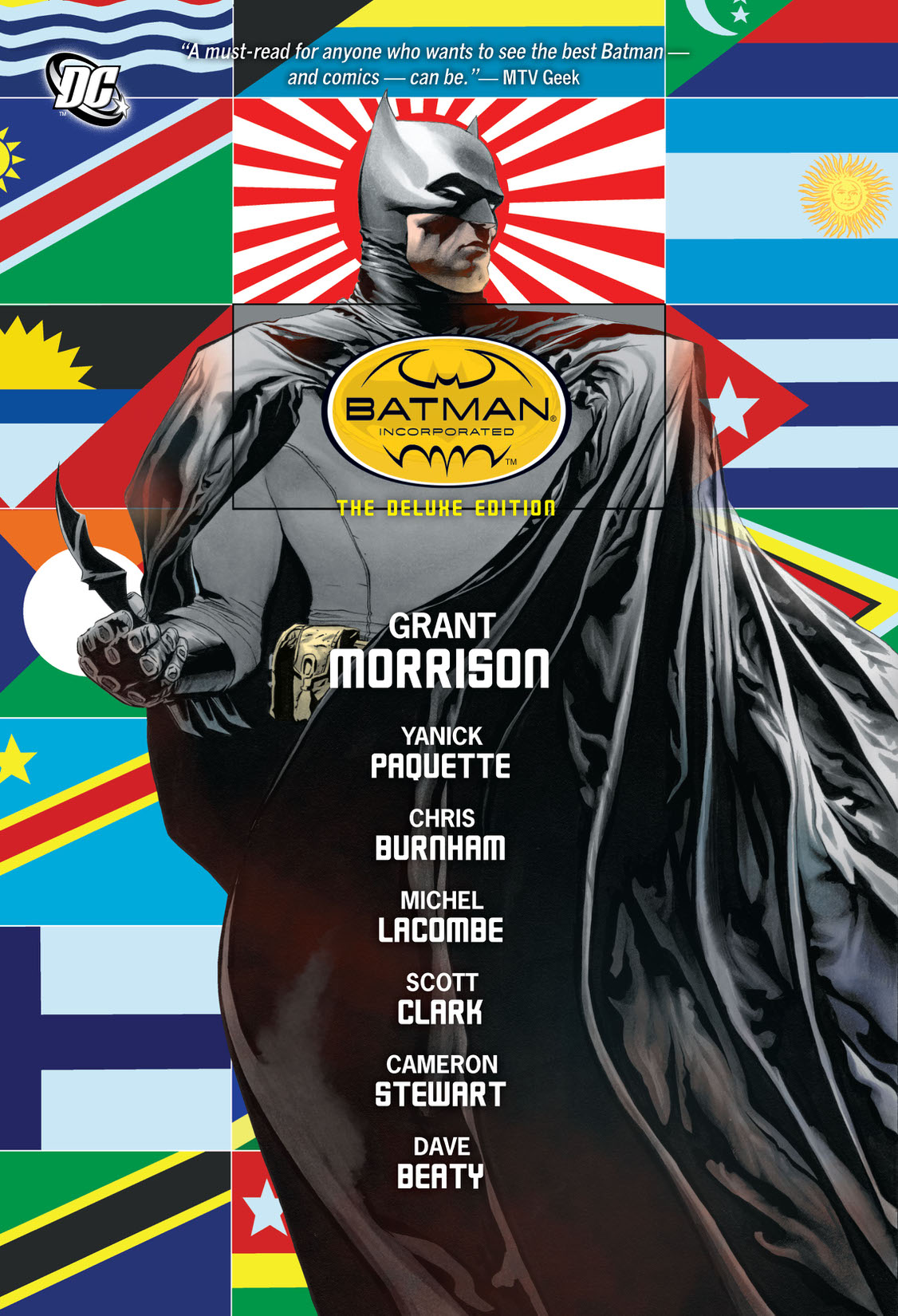 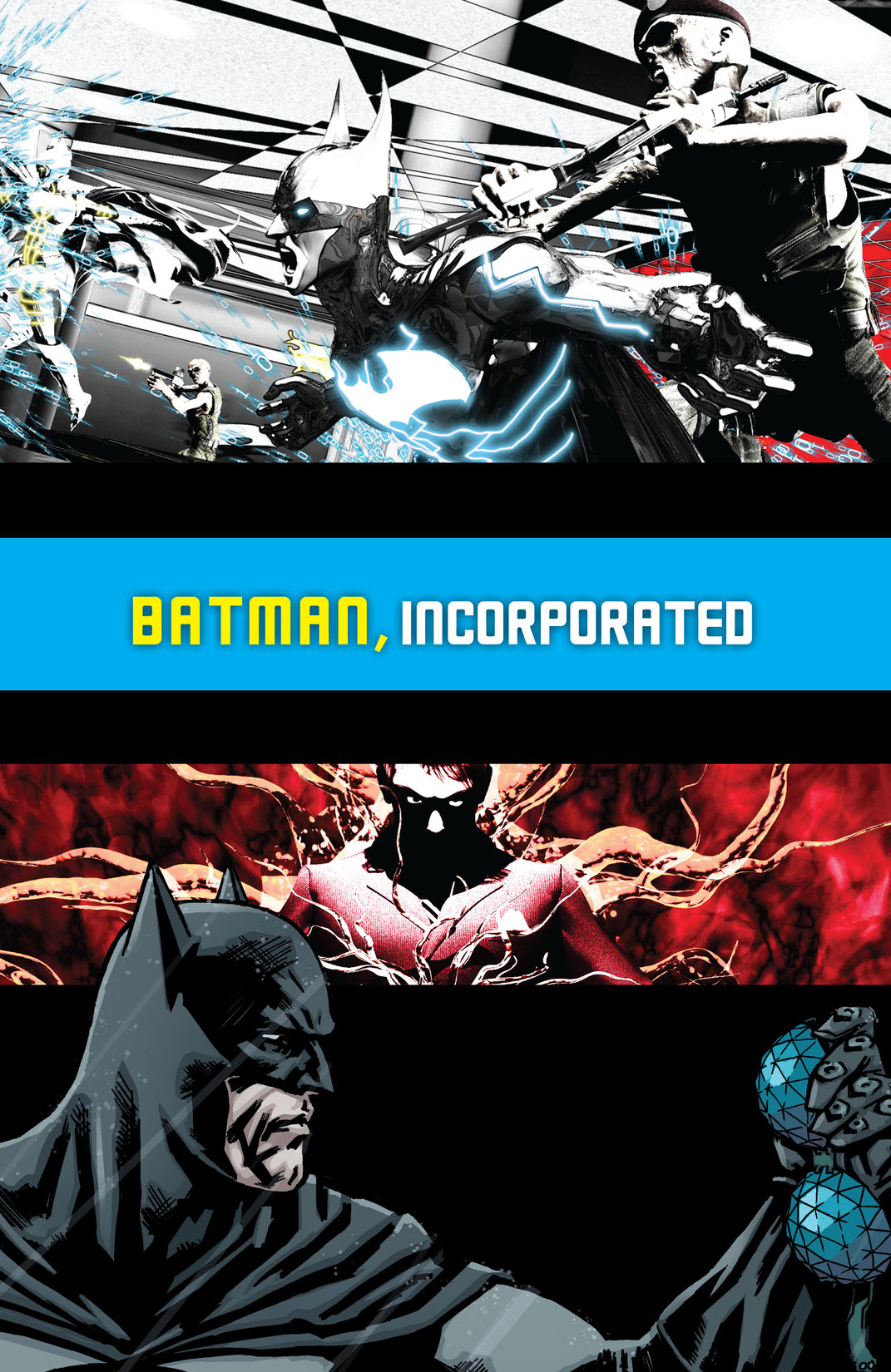 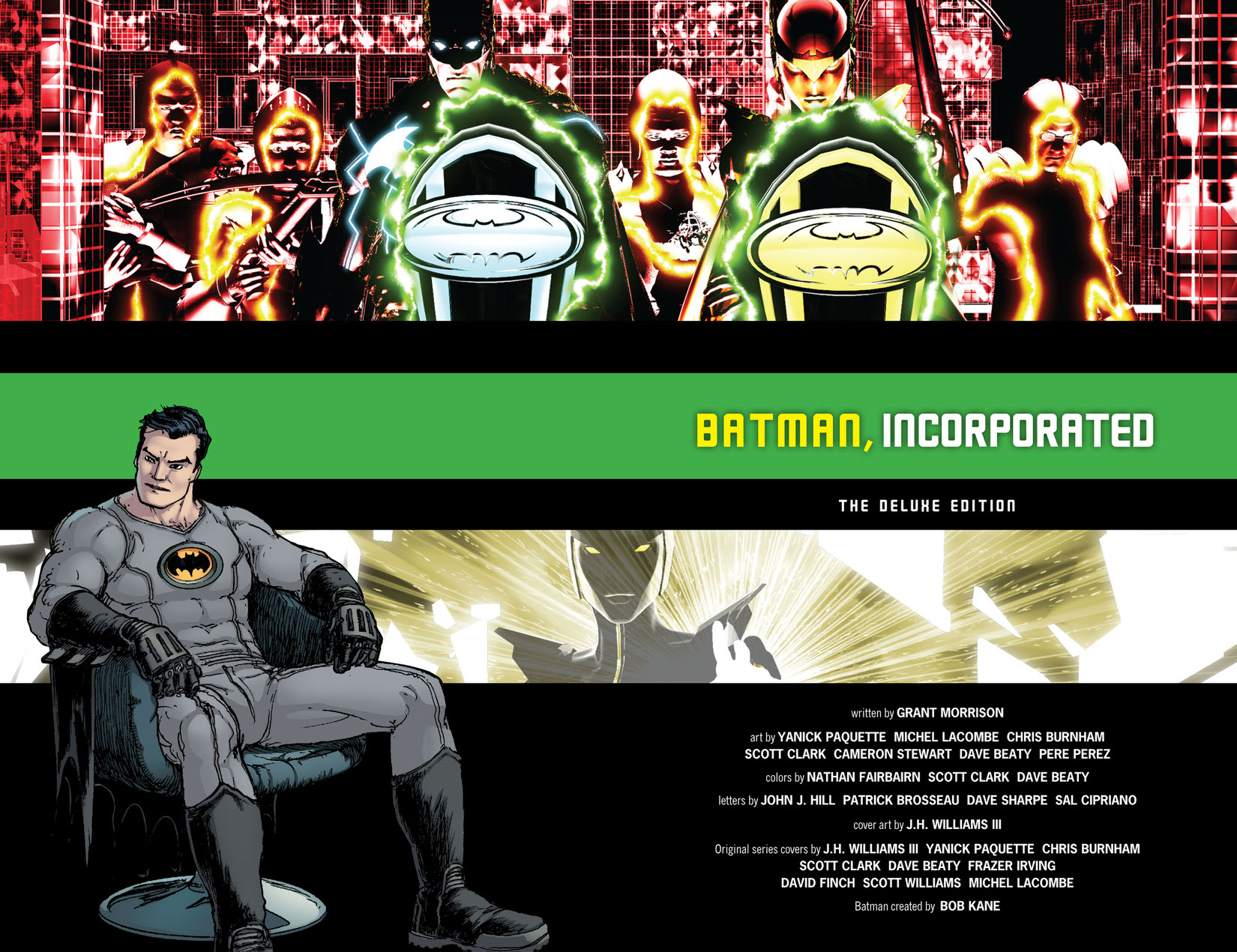 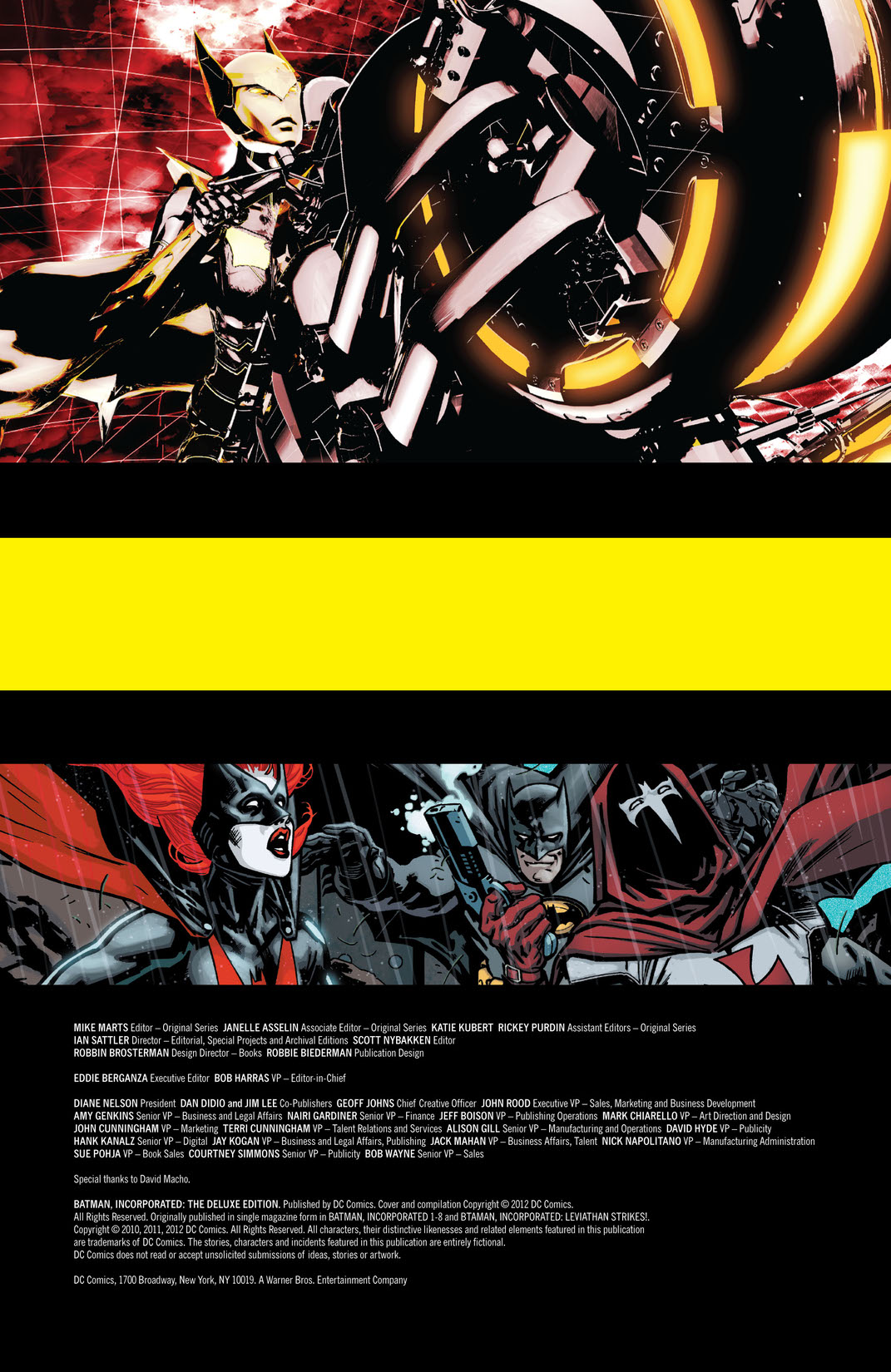 Grant Morrison continues his earth-shattering run on the Batman titles with this exciting series illustrated by hot artist Yanick Paquette that features the next stage of evolution of the Dark Knight. Bruce Wayne publicly announces that he is the financial backer of Batman and establishes a worldwide franchise of Batmen that will protect the entire globe. This is the beginning of a stunning direction for the world's greatest detective that will team him with Catwoman, Batwoman and Batman Inc. representatives on international crimefighting missions against Lord Death Man in Japan, South America and Argentina. Collects Batman Incorporated Vol. 1 #1-8 and Batman Incorporated: Leviathan Strikes #1.