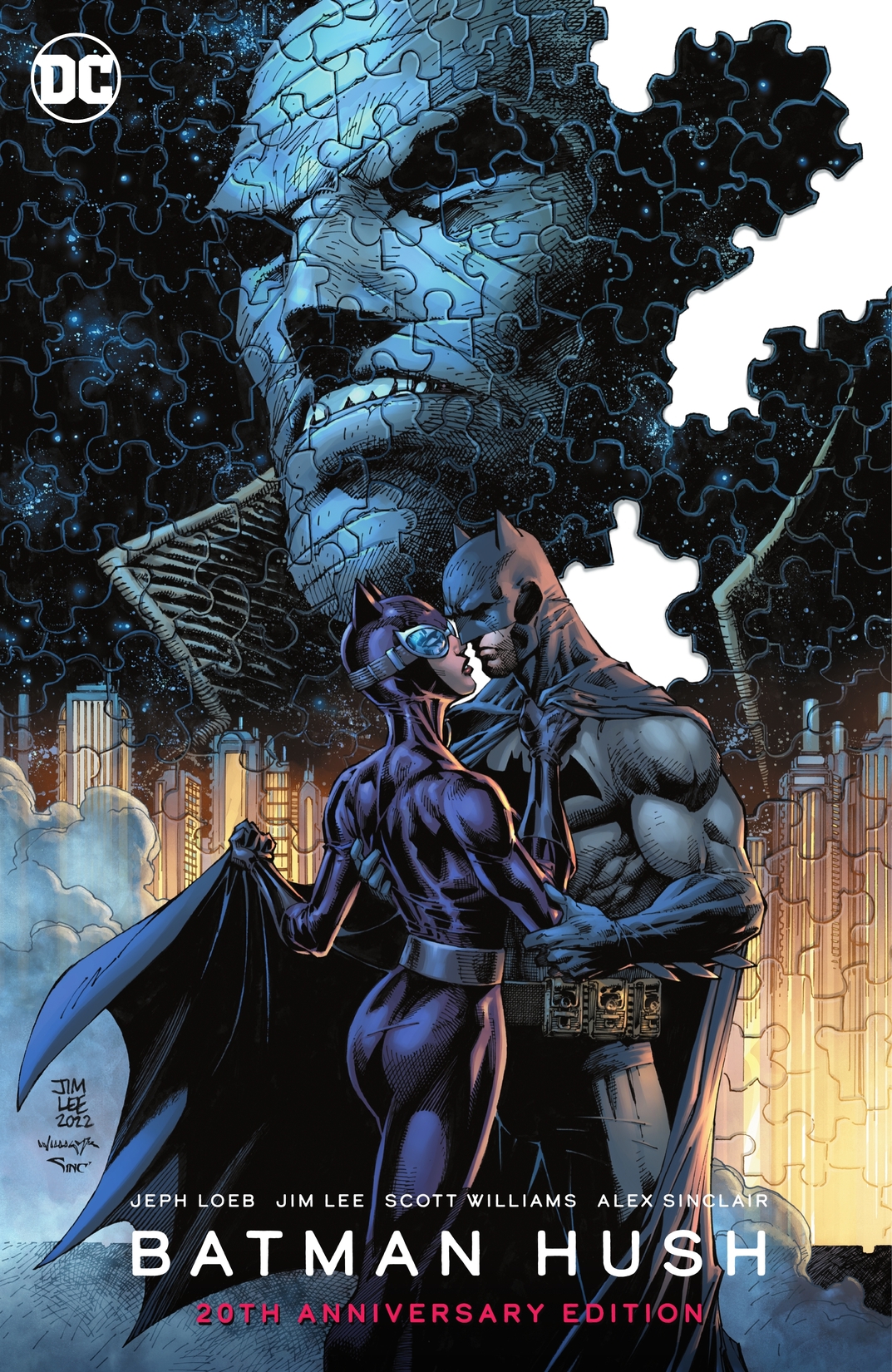 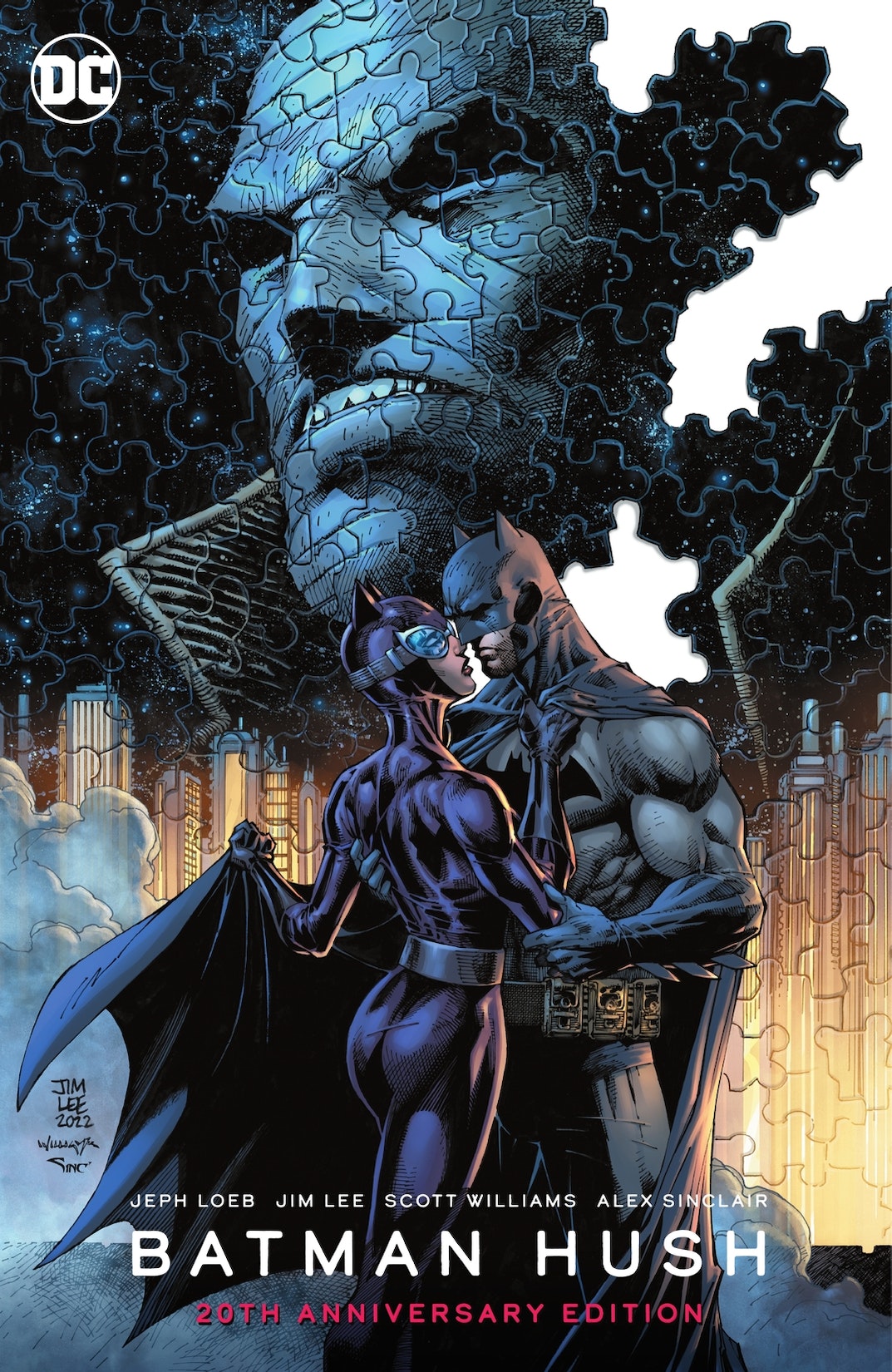 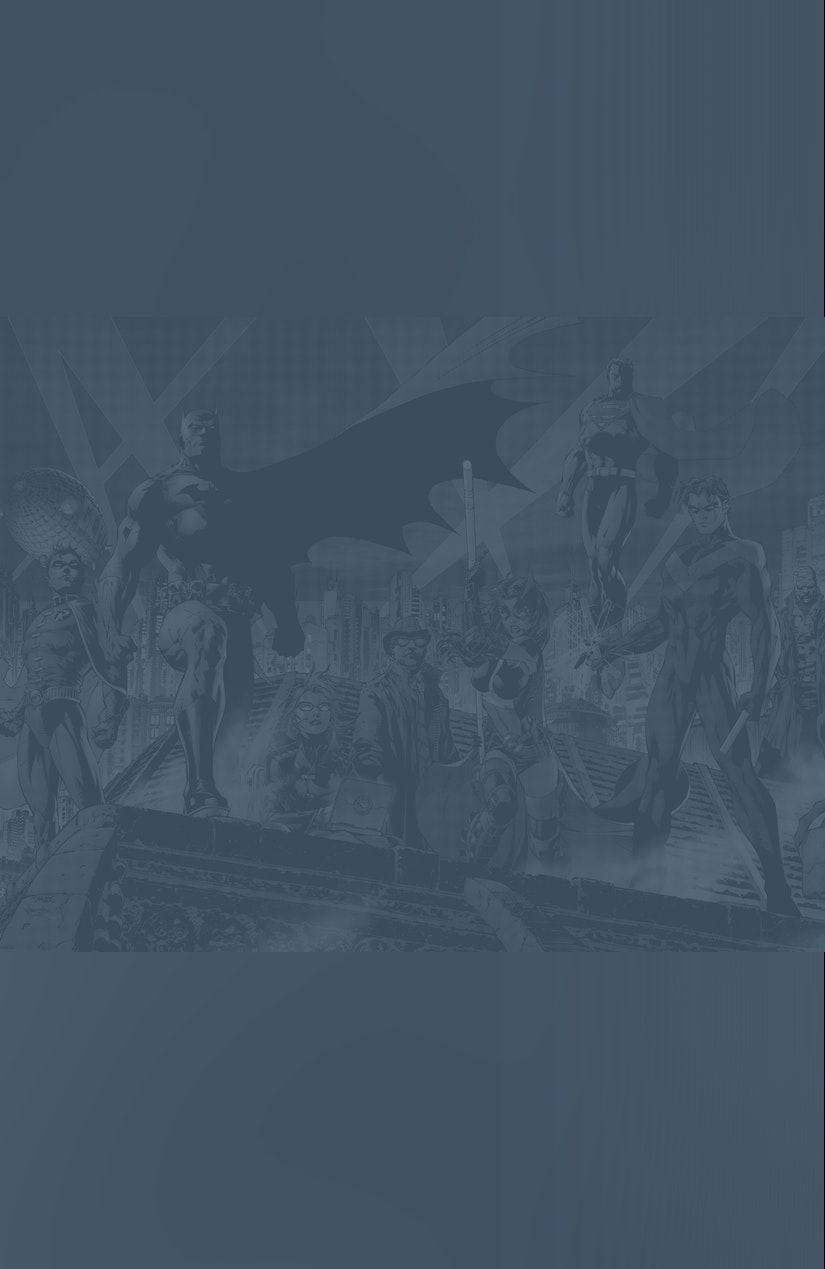 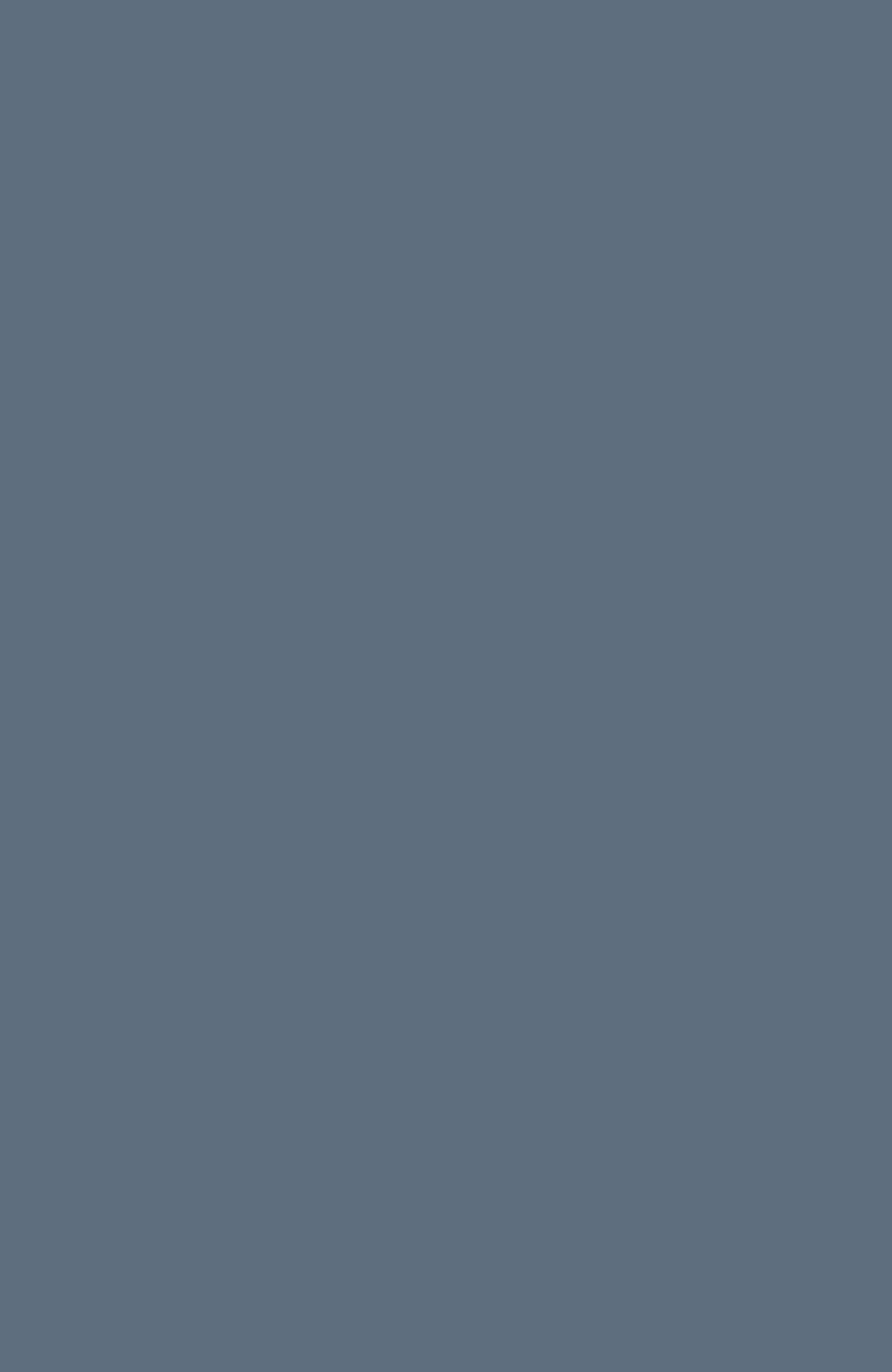 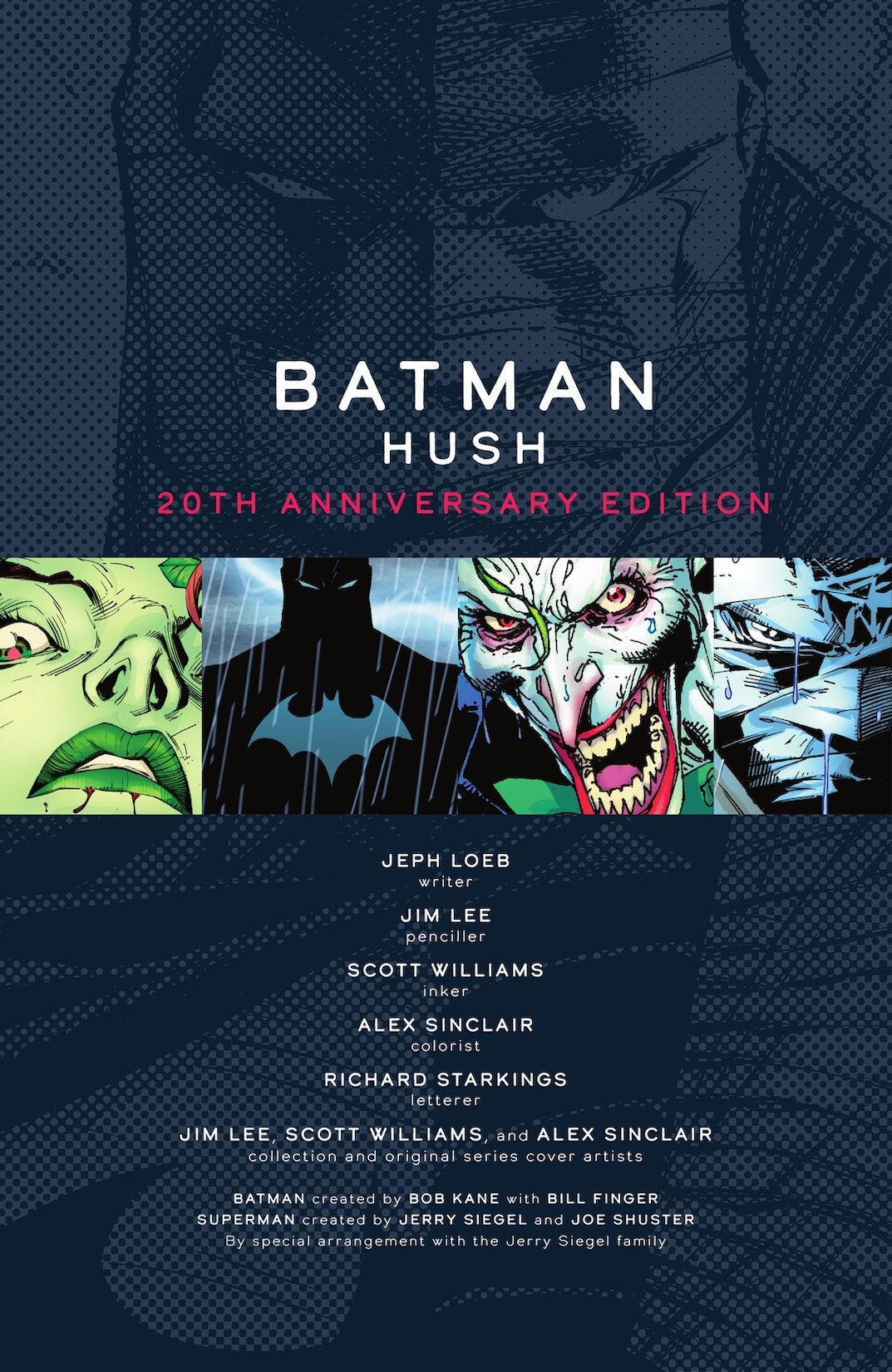 A criminal epidemic is sweeping Gotham and Batman’s enemies have emerged to wreak havoc on the Caped Crusader’s life. But little do they know that they’re all just pawns in a grand scheme concocted by the enigmatic Hush with one endgame in mind: Destroy Bruce Wayne! Written by Jeph Loeb (Batman: The Long Halloween) and featuring art by Jim Lee (Justice League), this 20th anniversary edition includes a brand-new cover from Lee plus tons of behind-the-scenes material from the making of this modern masterpiece. Collects Batman #608-619 and an interlude from Wizard #0.