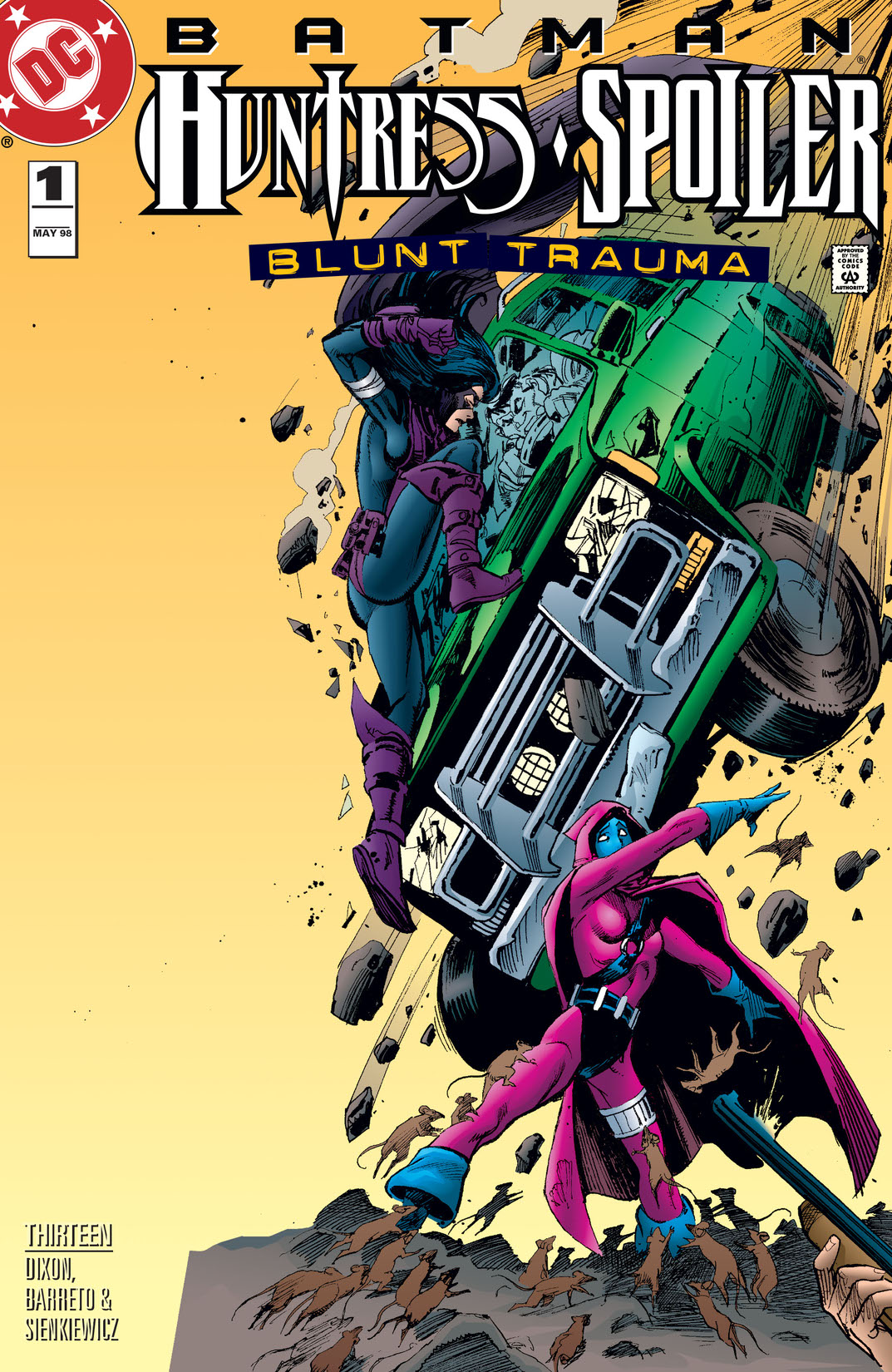 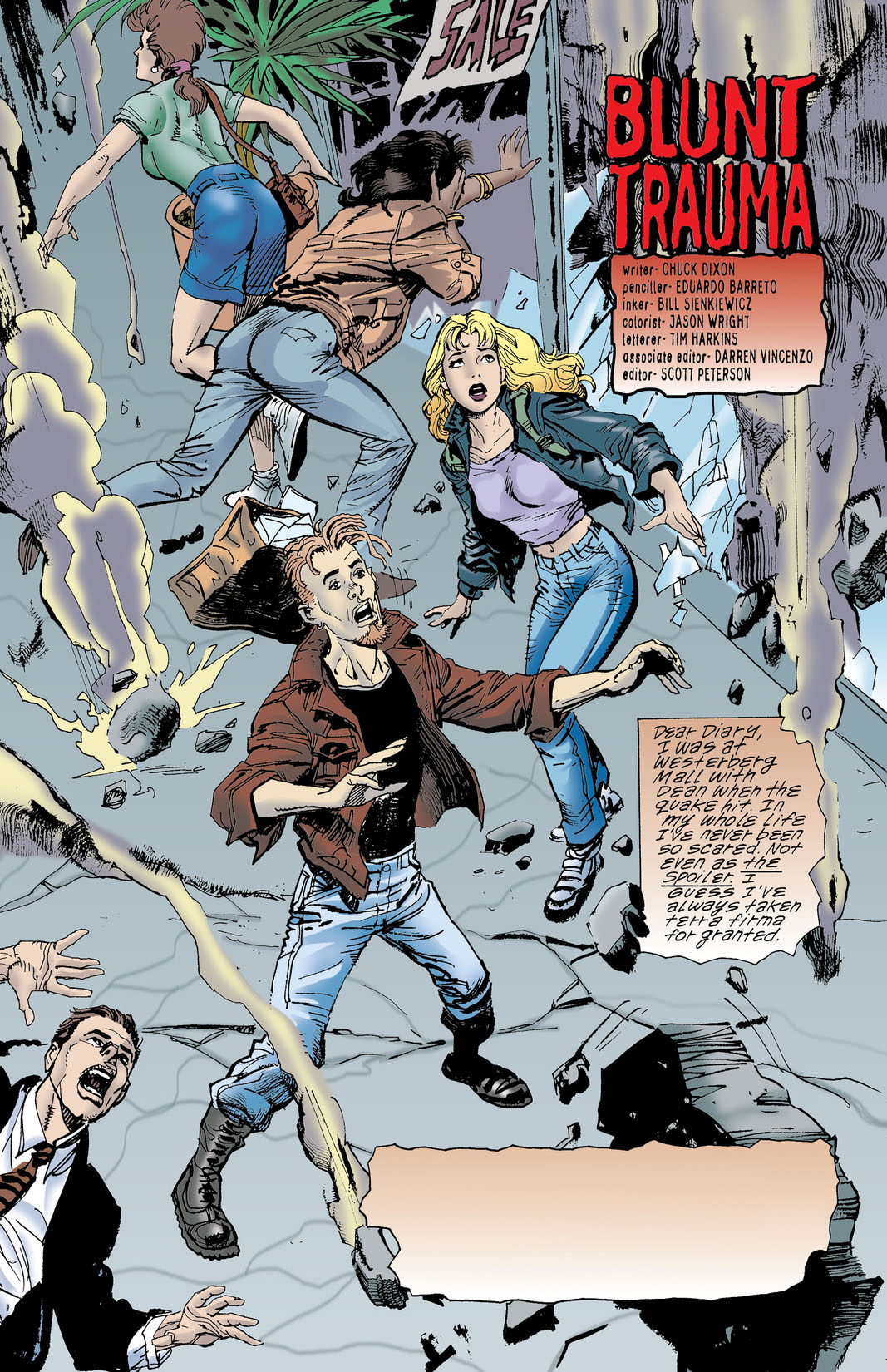 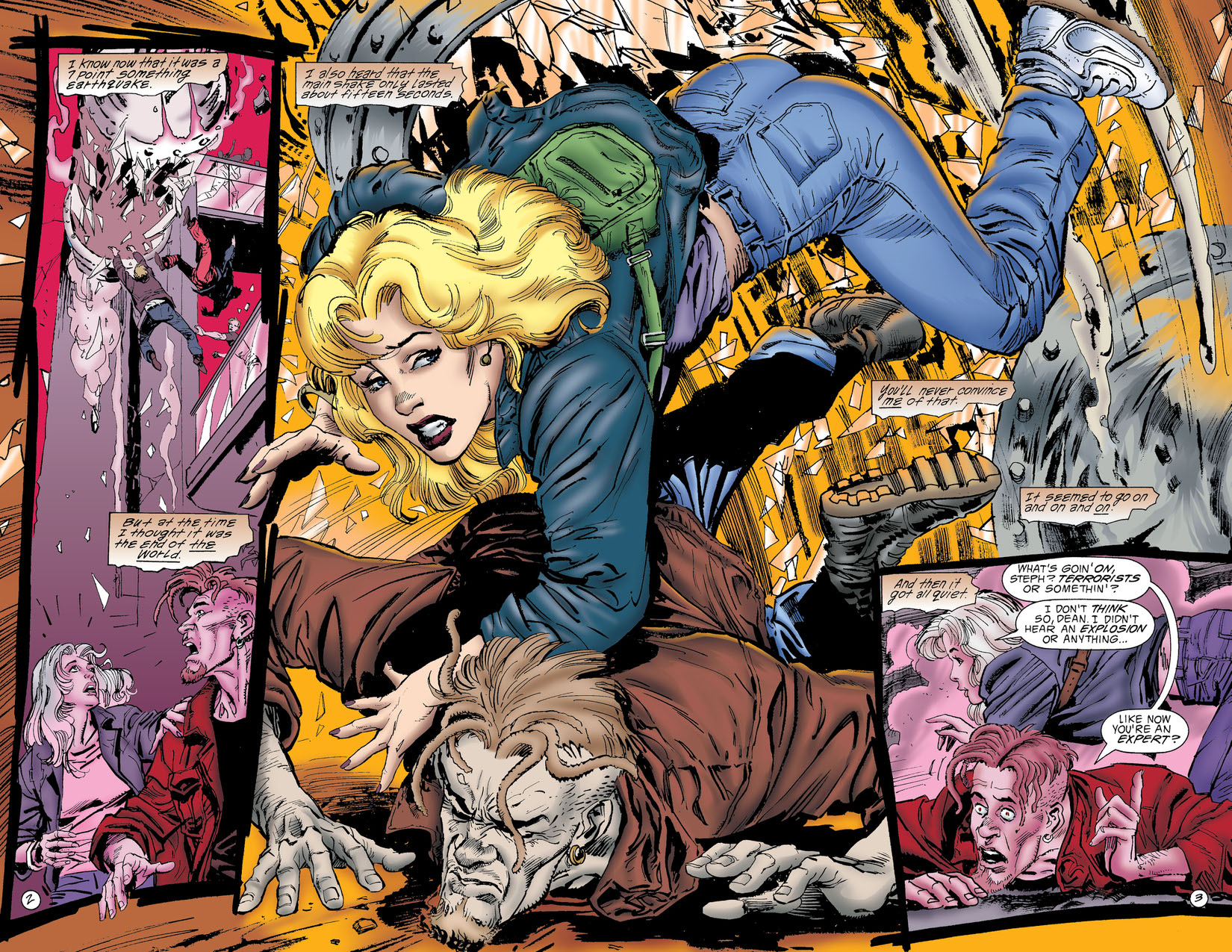 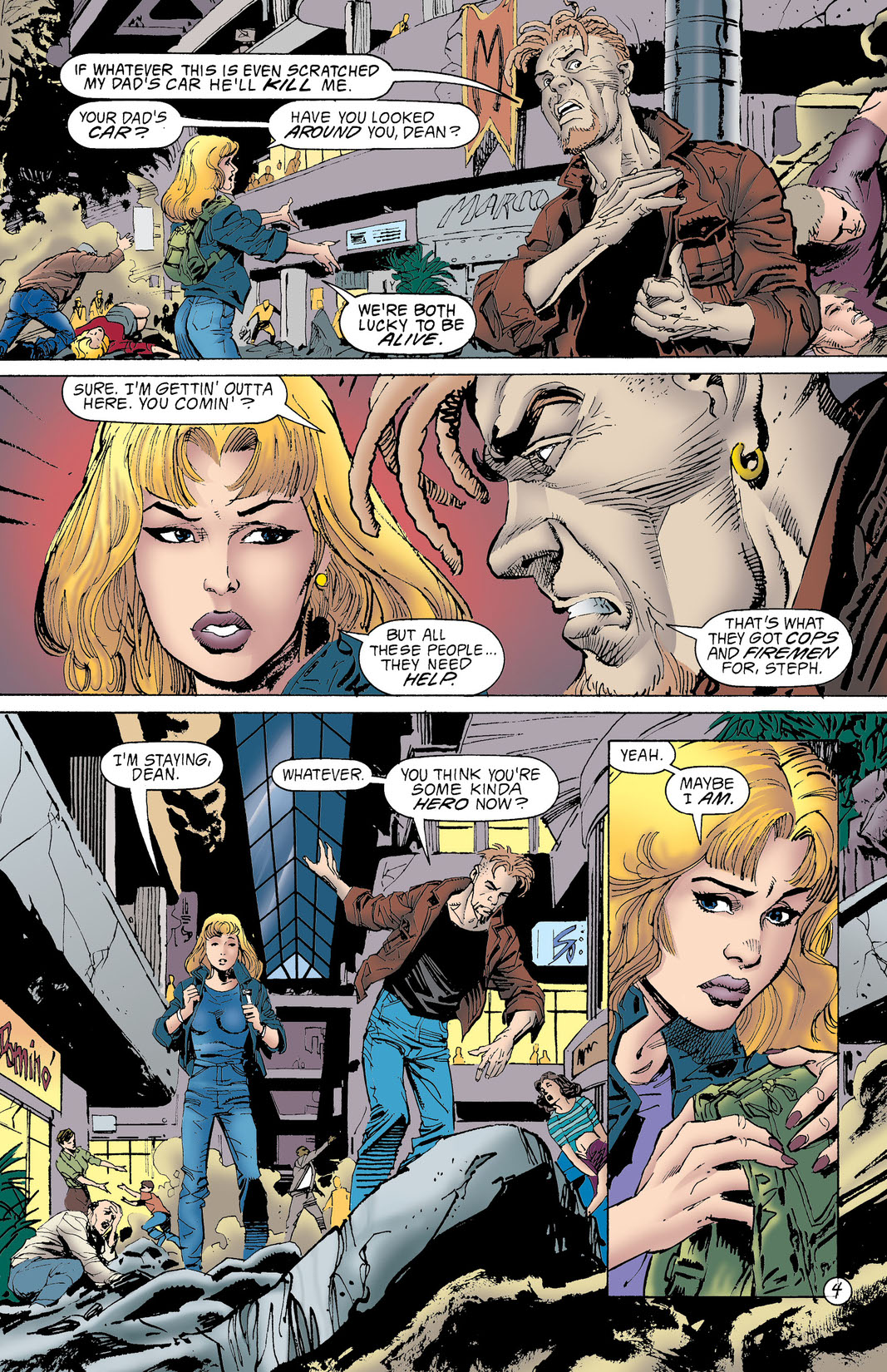 Spoiler and the Huntress face some of Batman's greatest foes in this "Cataclysm" one-shot! Freed from Blackgate Prison, a group of Batman's most ruthless foes come ashore at the devastated Gotham Mall. Only Spoiler and the injured Huntress stand between them and hundreds of victims.