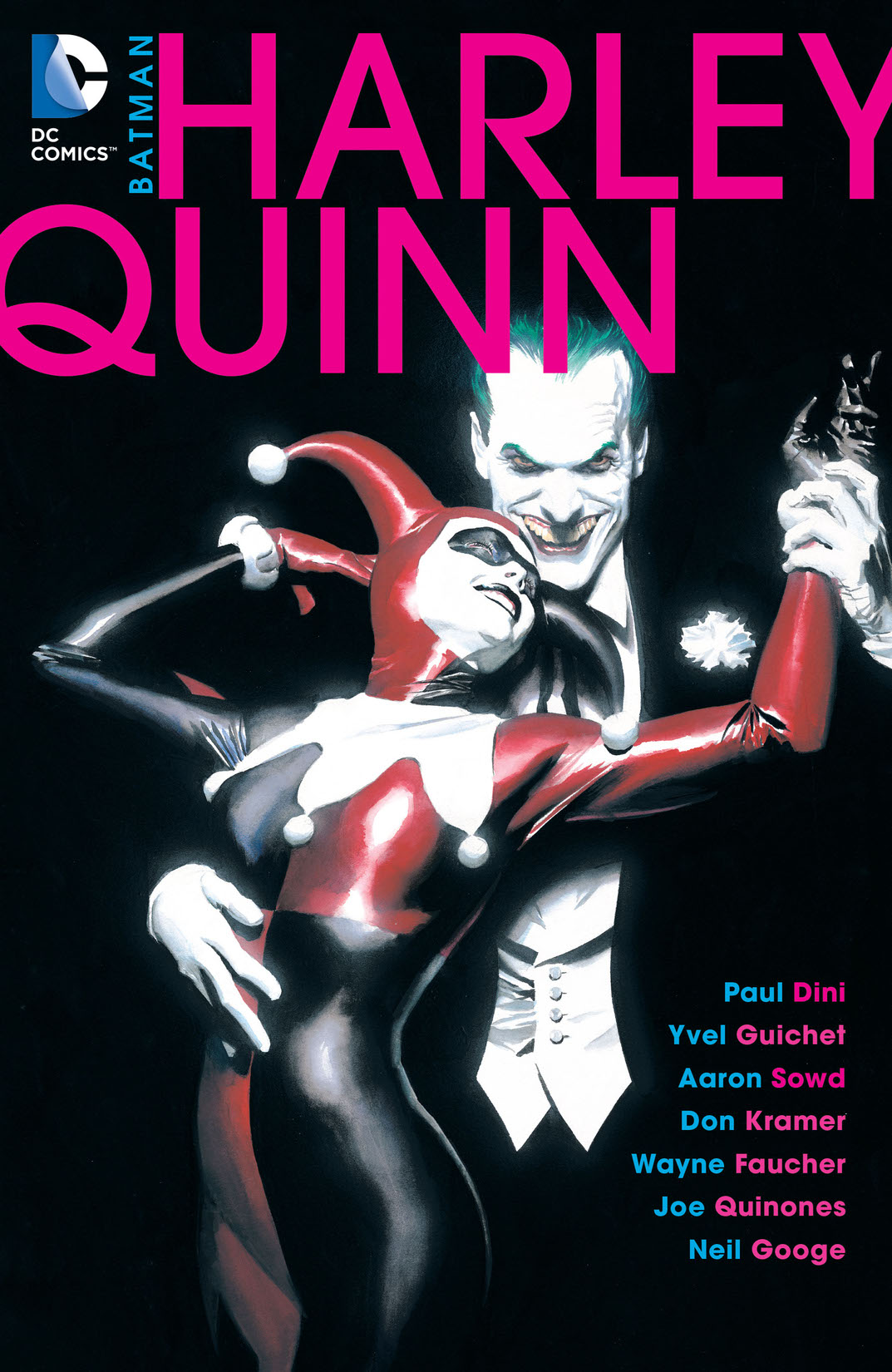 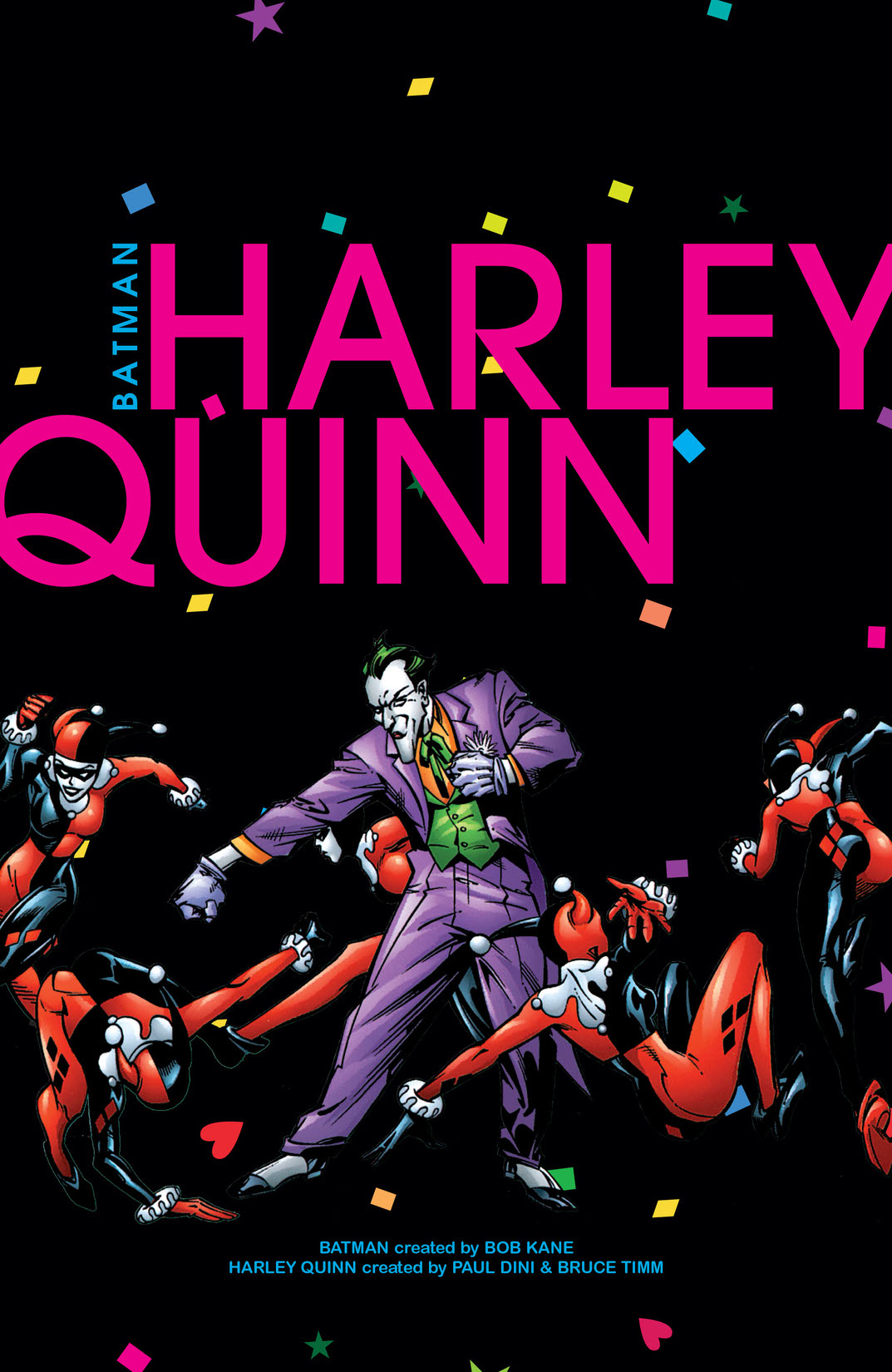 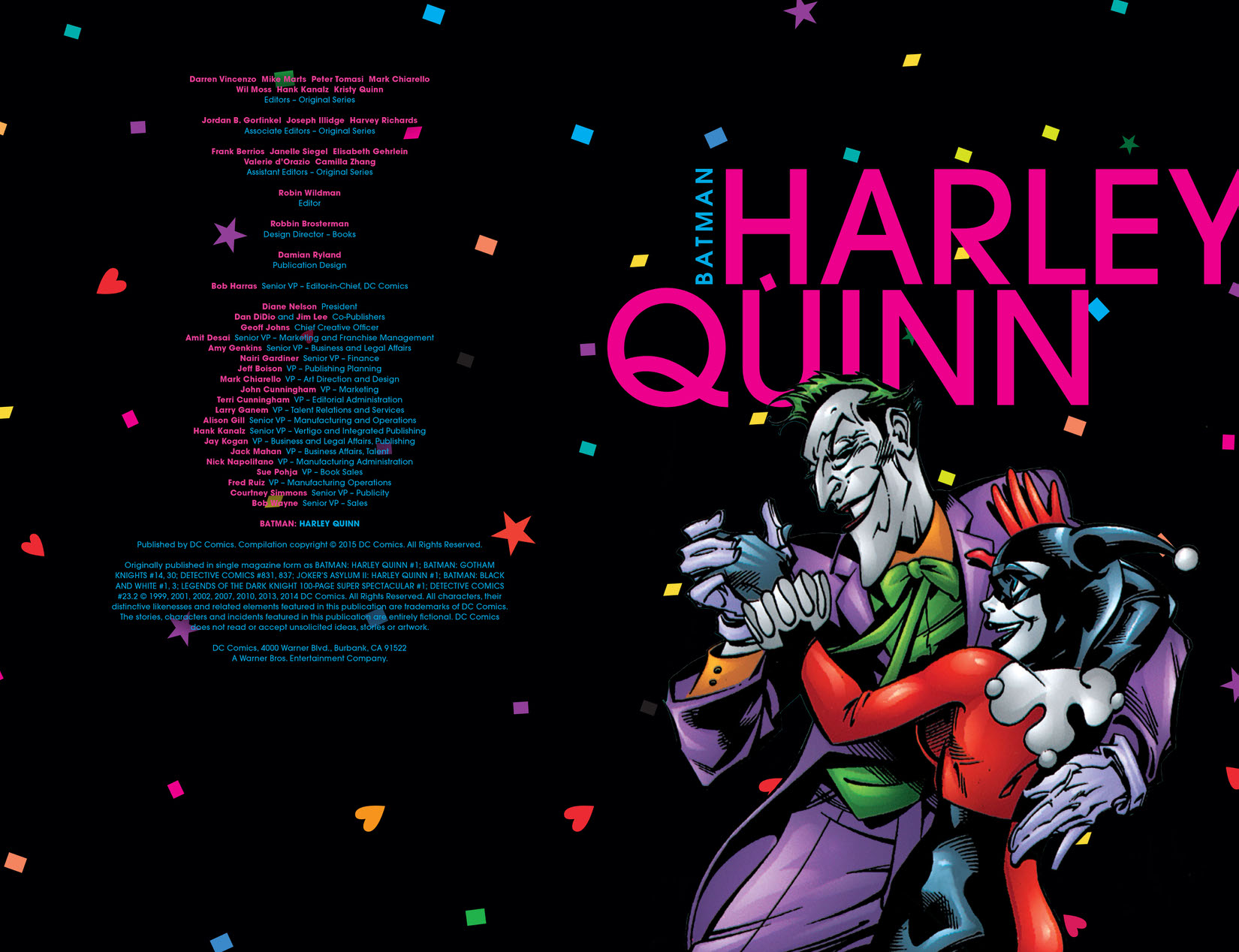 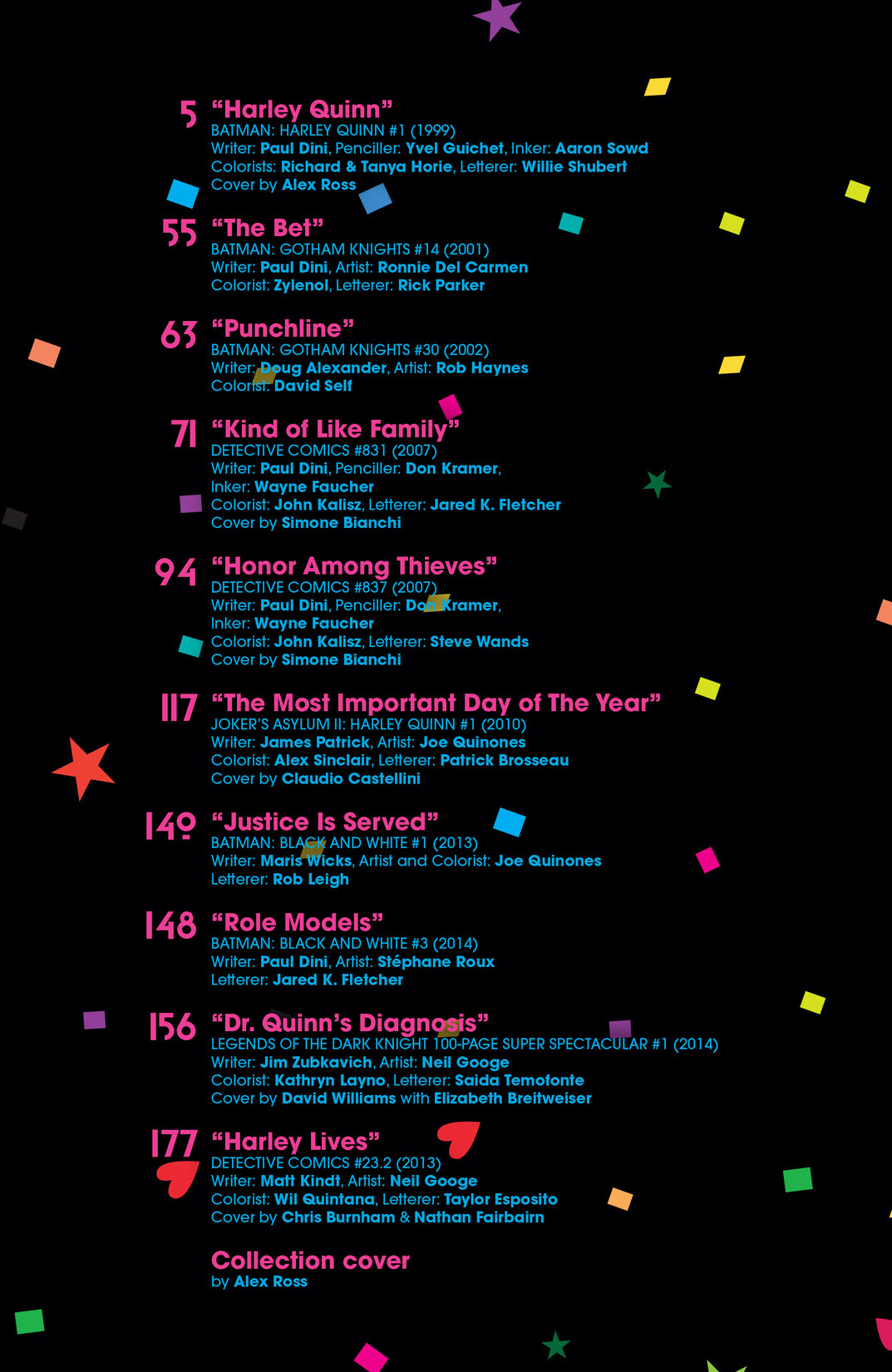 Head over heels in her devotion to the Joker, Arkham psychiatrist Harleen Quinzel gave up her career (and her sanity) to transform herself into the ultimate companion for crime’s clown prince - the mad moll Harley Quinn. Of course, Harley’s romance with the Joker hasn’t been easy. The two are at each other throats as often as in each other’s arms, and that buzzkill Batman is always sticking his nose in just when things are starting to get fun. But what great love story is without the occasional incarceration and life-threatening peril? The Joker’s main squeeze takes center stage in these stories from top creators Paul Dini, Yvel Guichet, Don Dramer, Joe Quinones, Neil Googe and more! Collects stories from: BATMAN: HARLEY QUINN #1, BATMAN: GOTHAM KNIGHTS #14, #30, DETECTIVE COMICS #831, #837, JOKER’S ASYLUM II: HARLEY QUINN #1, BATMAN: BLACK AND WHITE #1, #3, LEGENDS OF THE DARK KNIGHT 100-PAGE SUPER SPECTACULAR #1 and DETECTIVE COMICS #23.2.