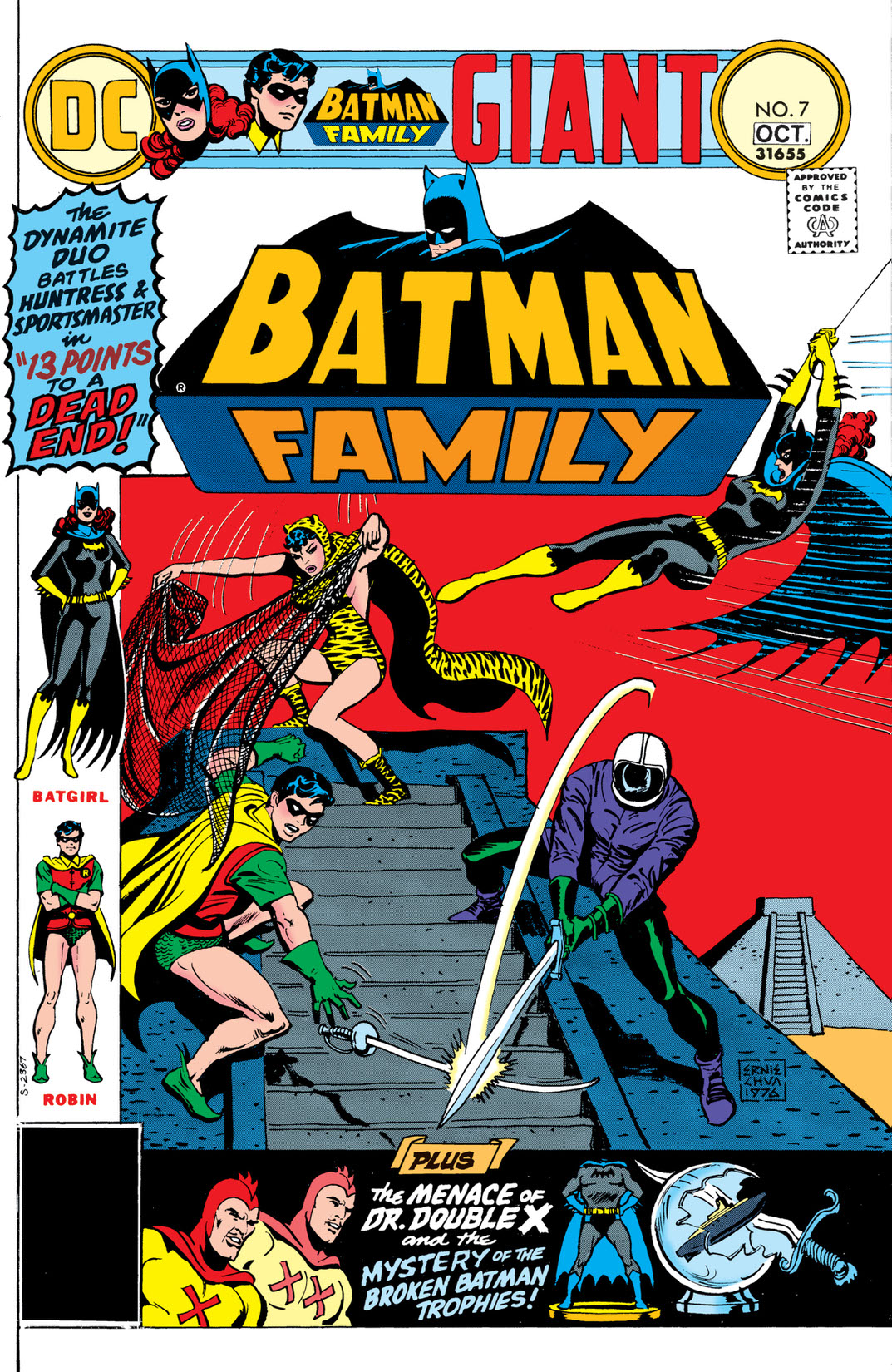 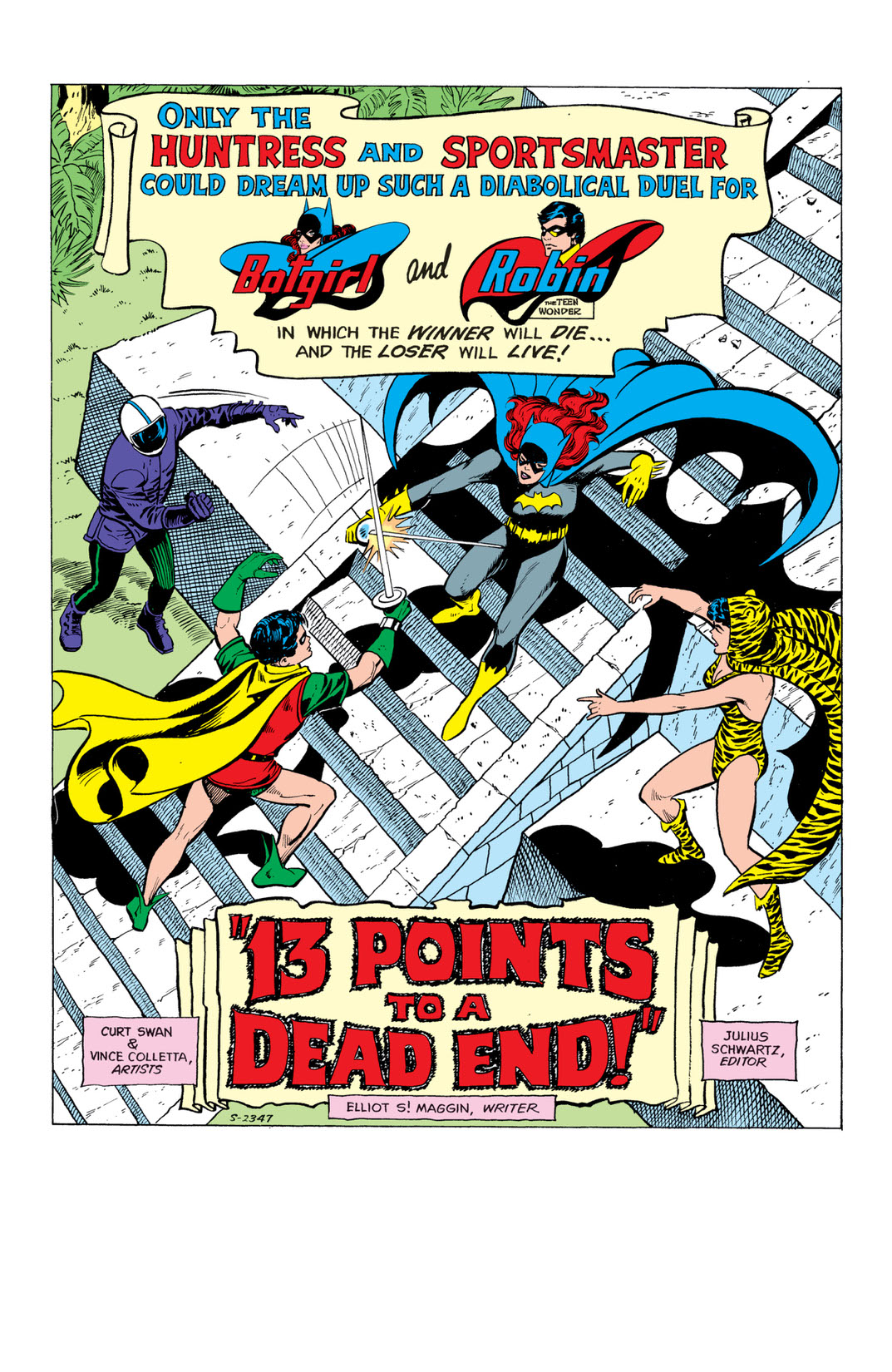 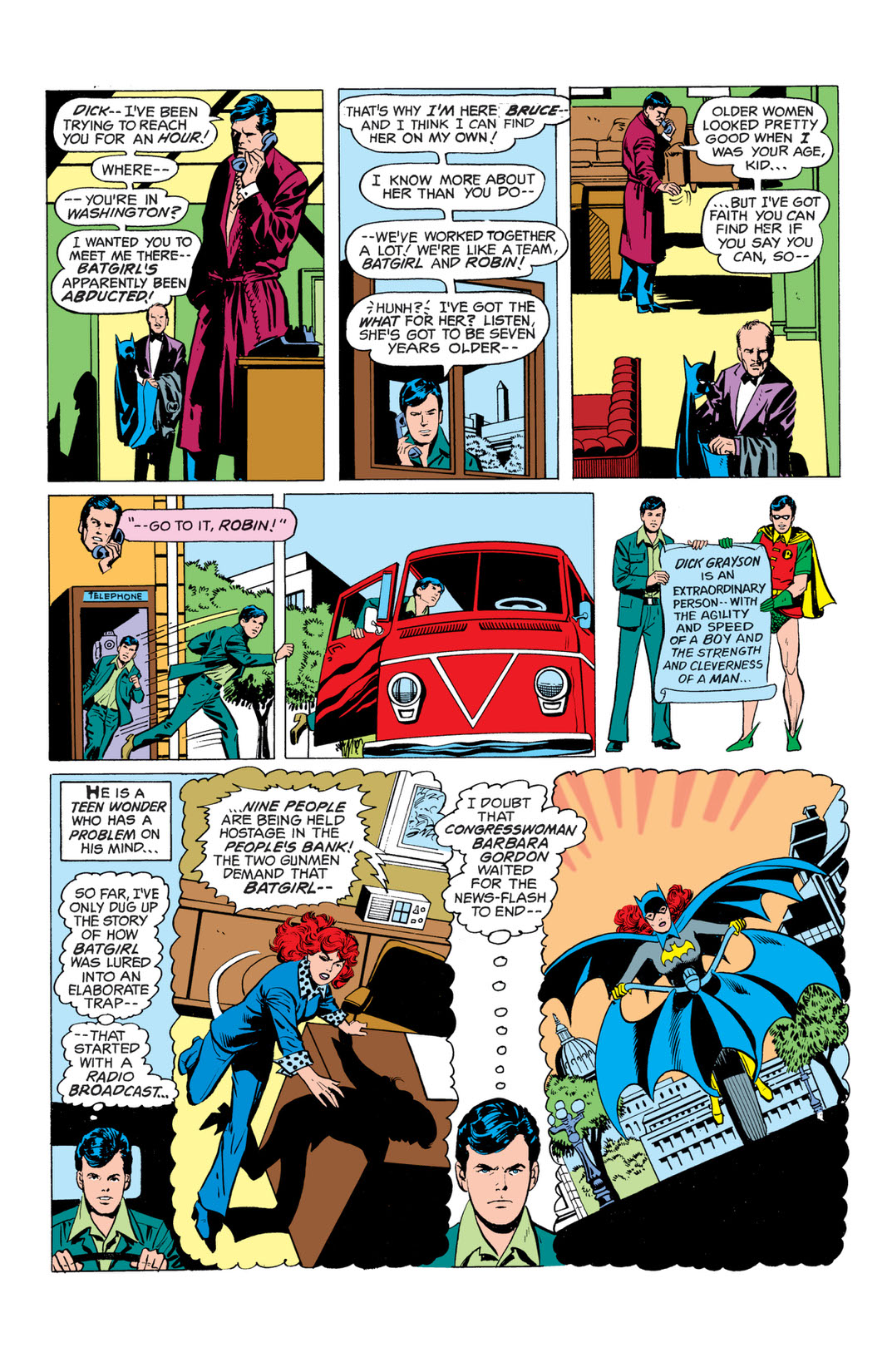 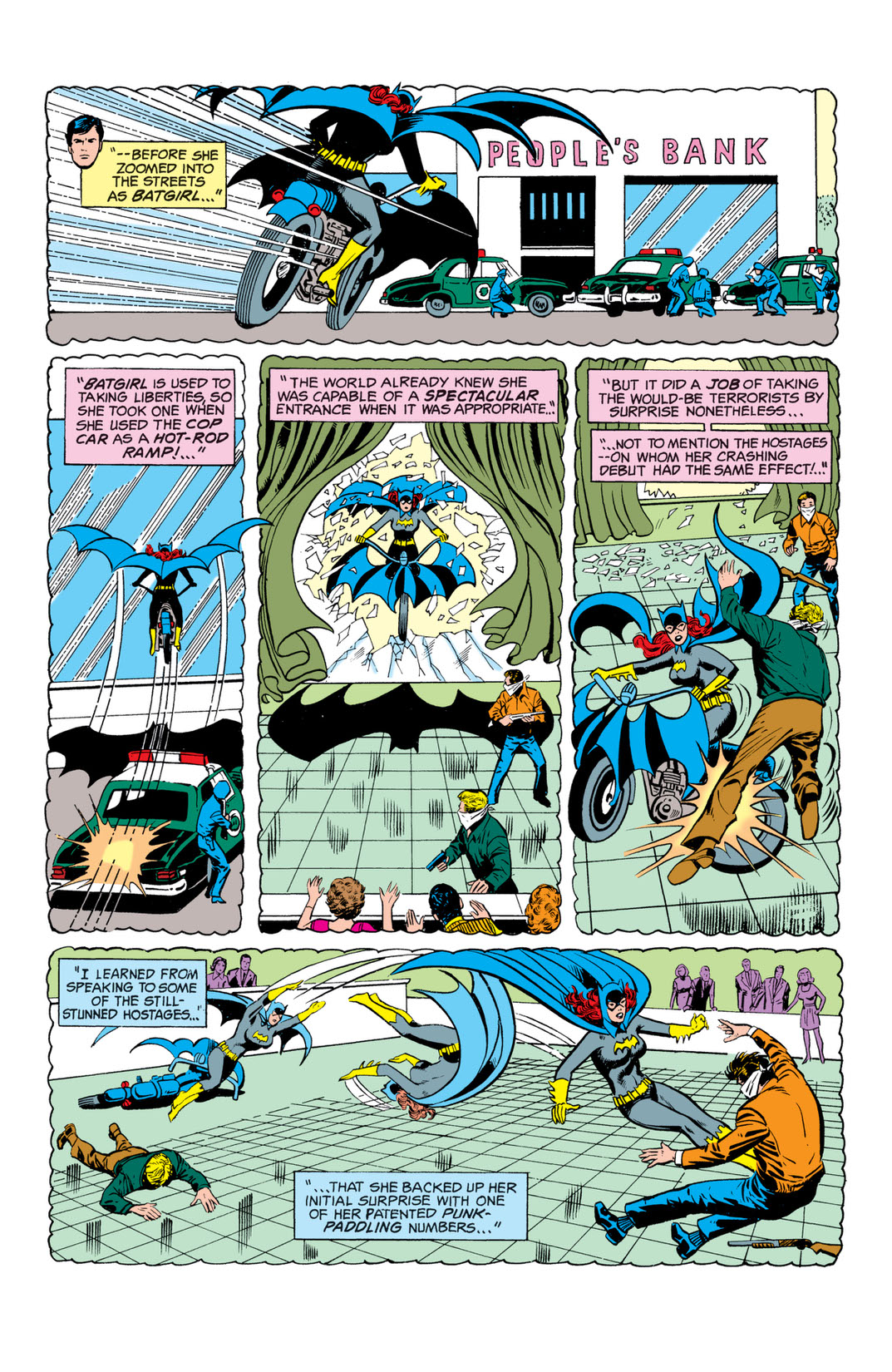 “ROBIN AND BATGIRL: 13 POINTS TO A DEAD END!” Batgirl and Robin are captured separately by the Sportsmaster and Huntress and forced to compete in ancient Roman-style games against each other so that the survivor may retrieve a giant ruby for the villains—or face their partner’s death.