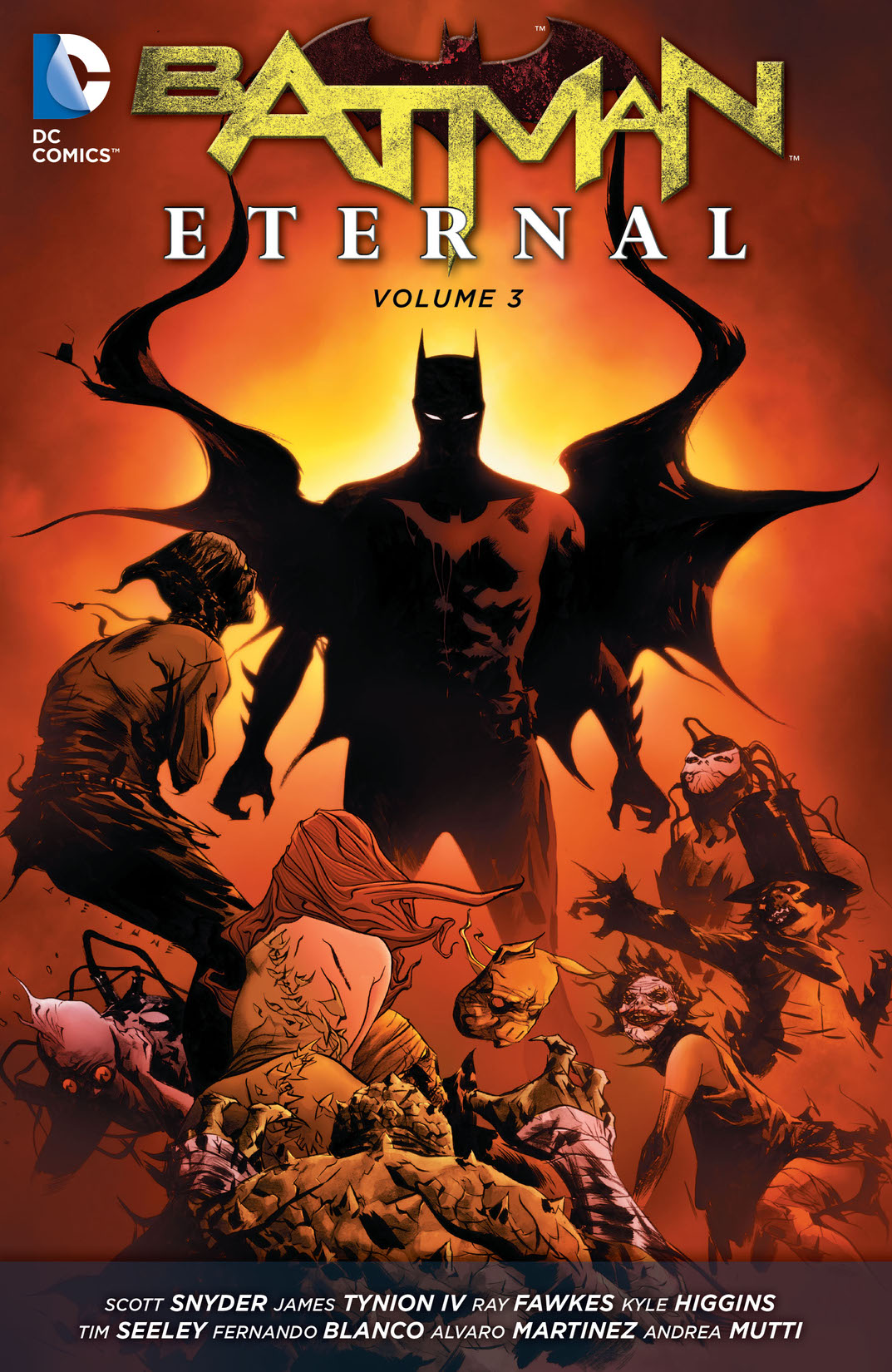 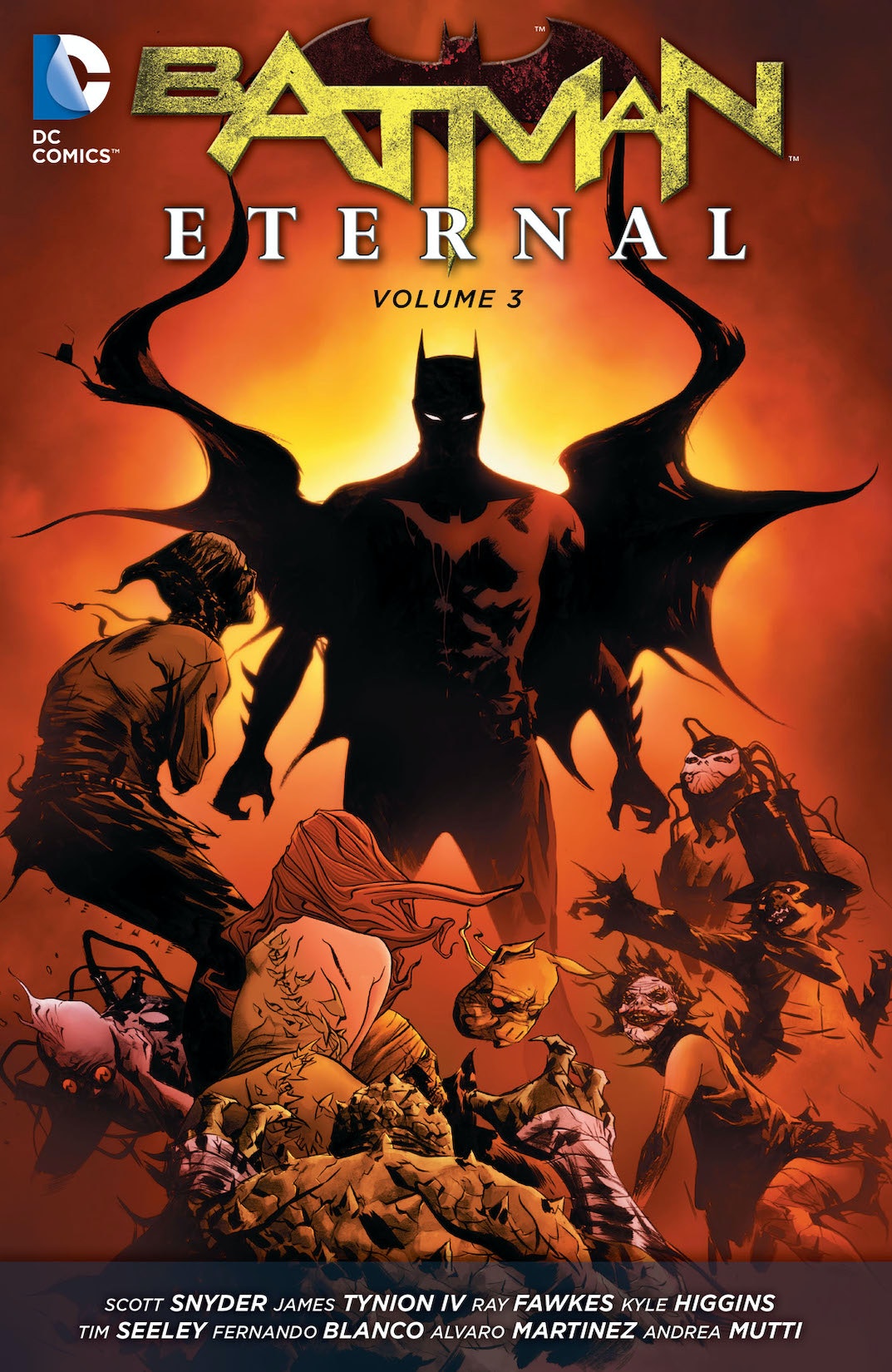 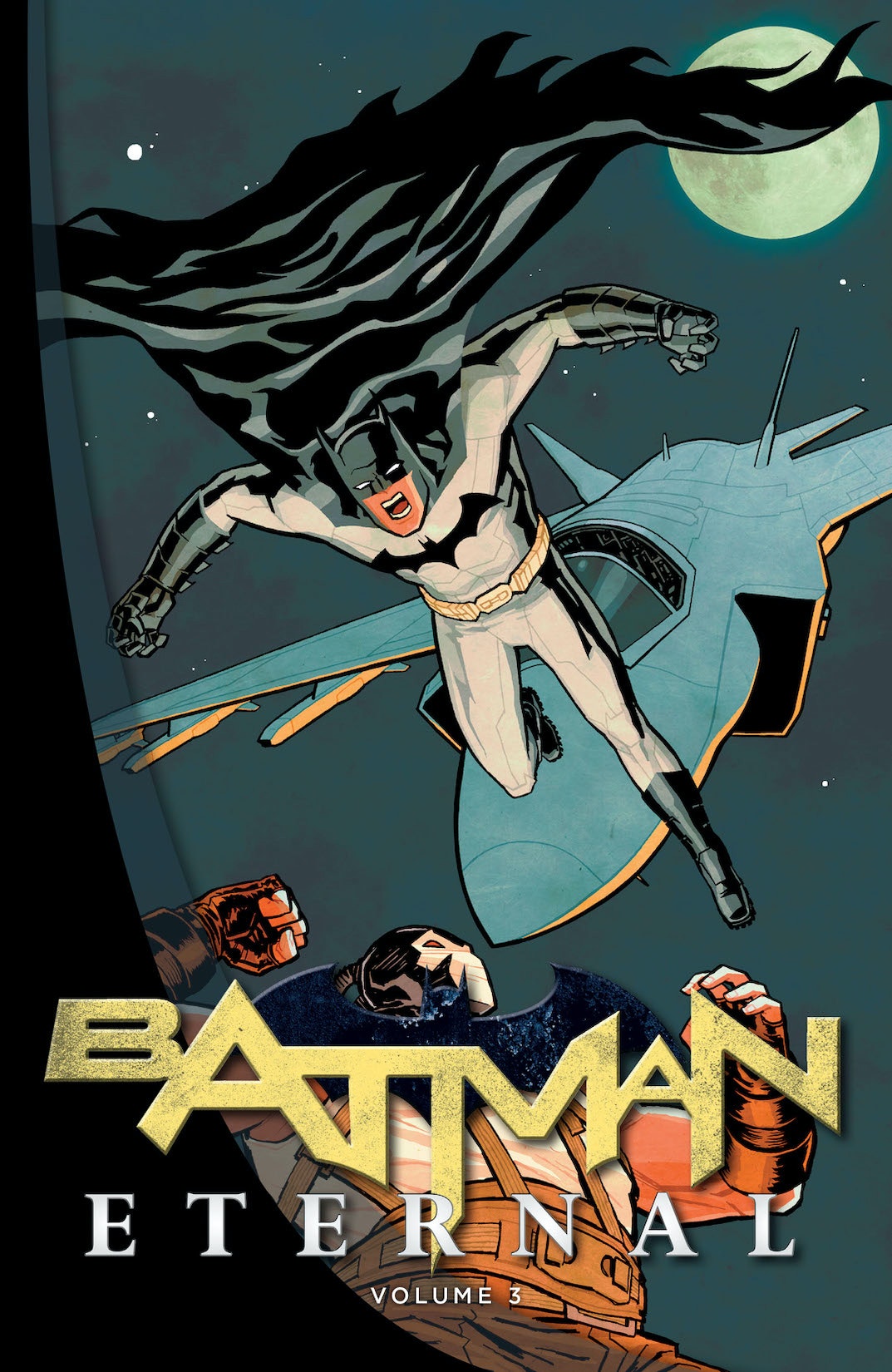 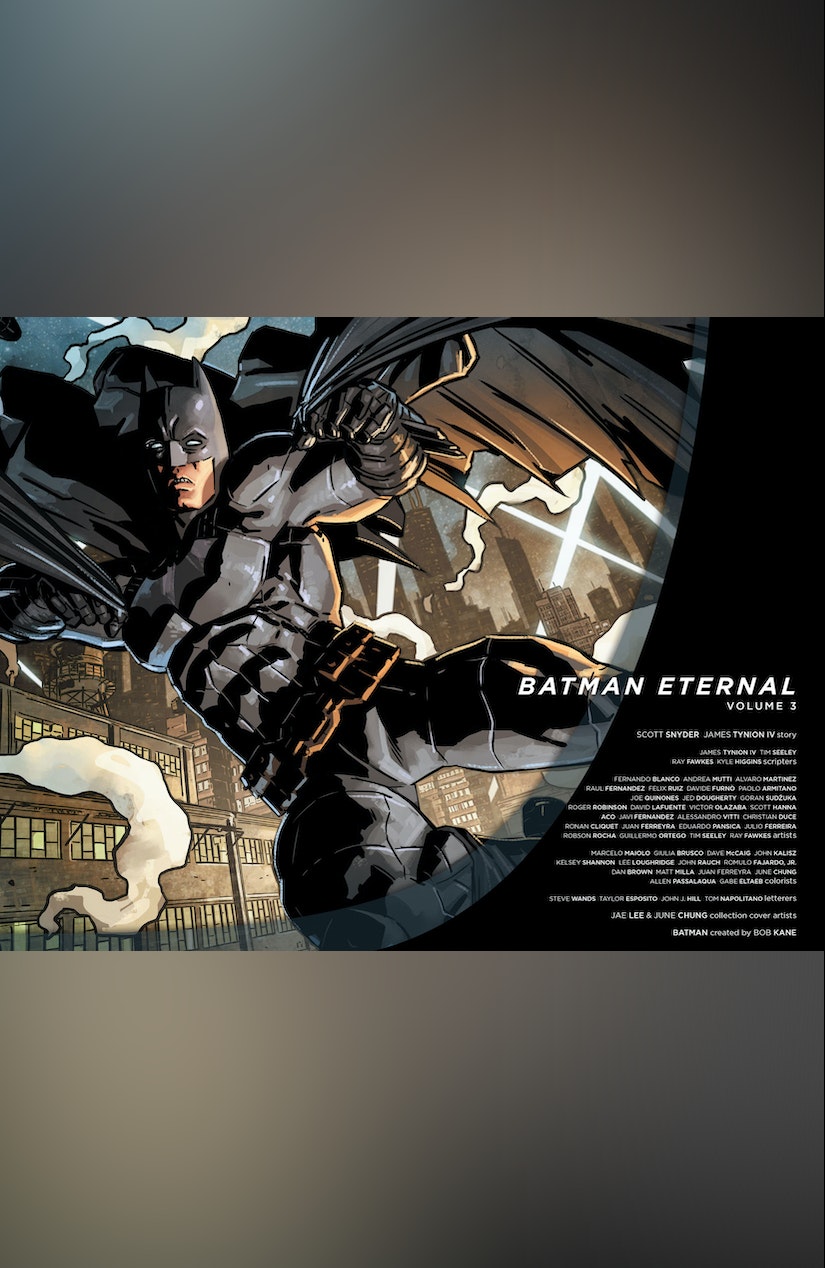 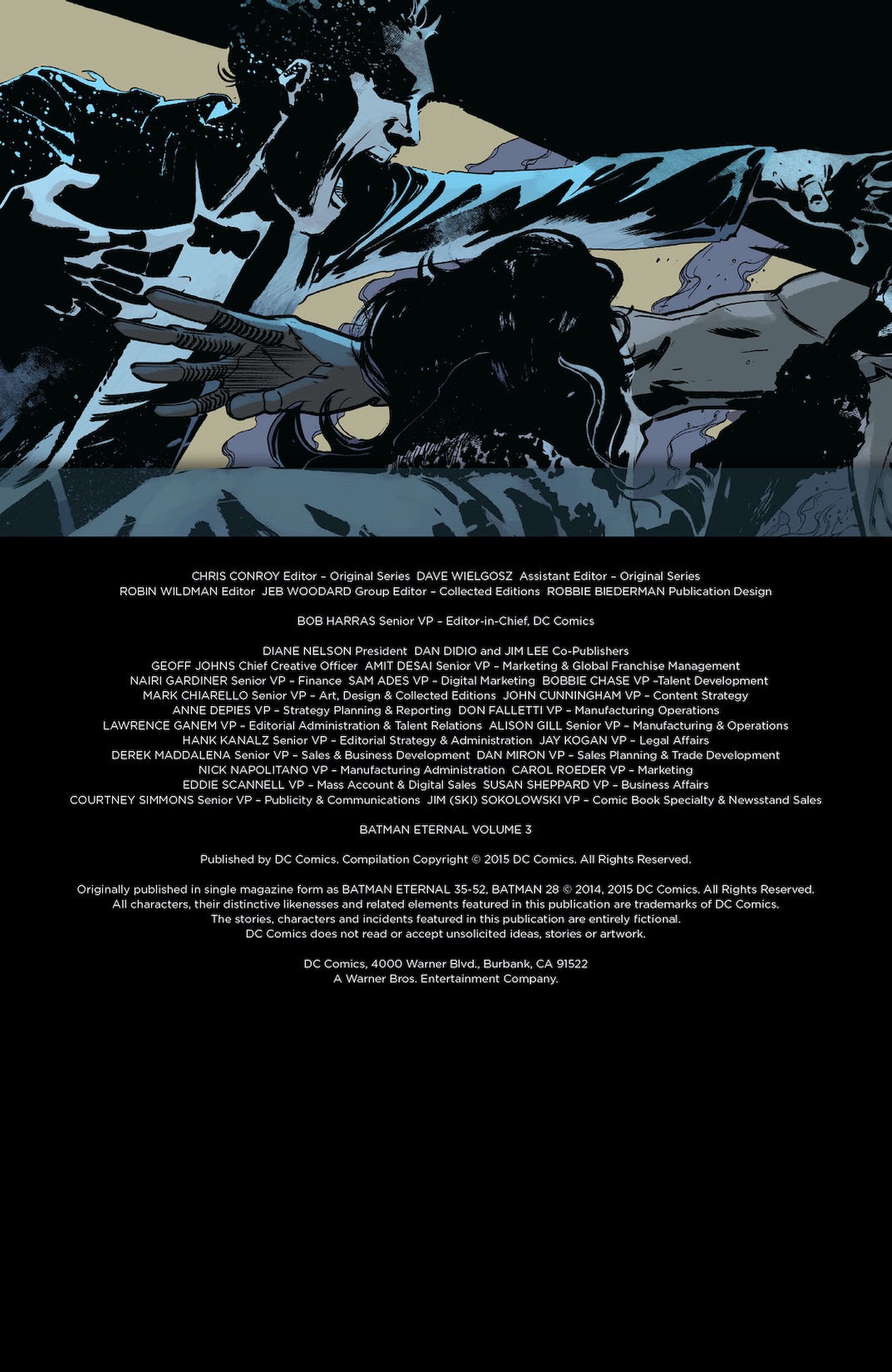 THE END IS NEAR. AND THE TRUTH WILL BE REVEALED. Batman’s city is burning. In the months since Commissioner Jim Gordon fell from grace, criminal empires have risen. Martial law has been declared. Arkham Asylum has been emptied. Bruce Wayne has been bankrupted. And Gotham City has been torn apart. Batman and his allies have fought their way up the food chain, and put down a slew of madmen and masterminds. Yet each hard-earned victory and stunning revelation has left them no closer to the true power behind it all. But what if the truth was right in front of them all along? Even as an army of the Dark Knight’s deadliest enemies is unleashed upon the city, he must fight through the terror and focus on the clues that will lead him to his final foe… The year-long weekly saga that rocked the world of Batman to its core reaches its stunning conclusion in BATMAN ETERNAL VOL. 3. Written by Scott Snyder, James Tynion IV, Ray Fawkes, Kyle Higgins and Tim Seeley, and drawn by a host of talented artists, it’s the payoff to the biggest mystery in the Dark Knight’s history! Collects issues #35-52.