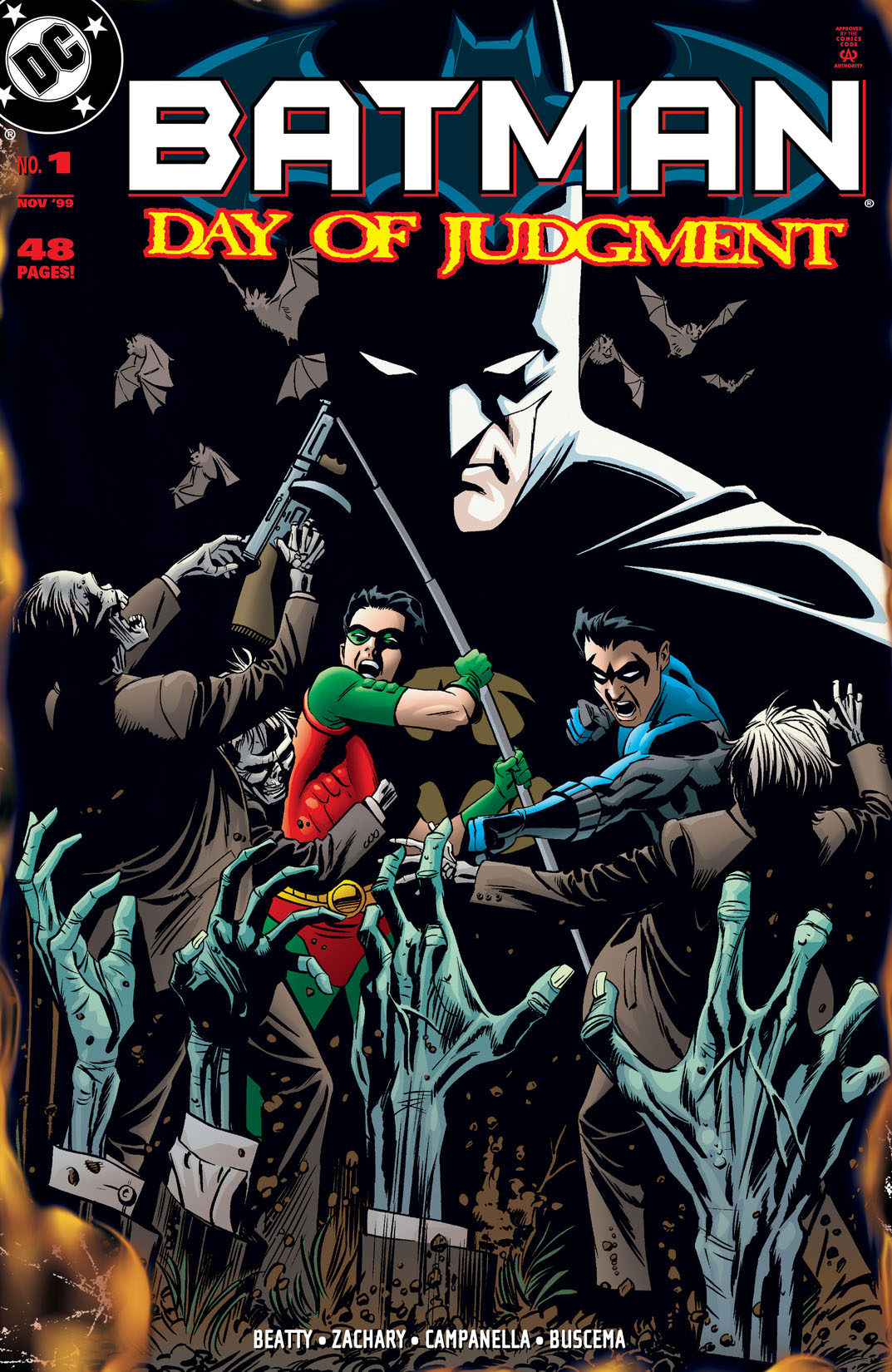 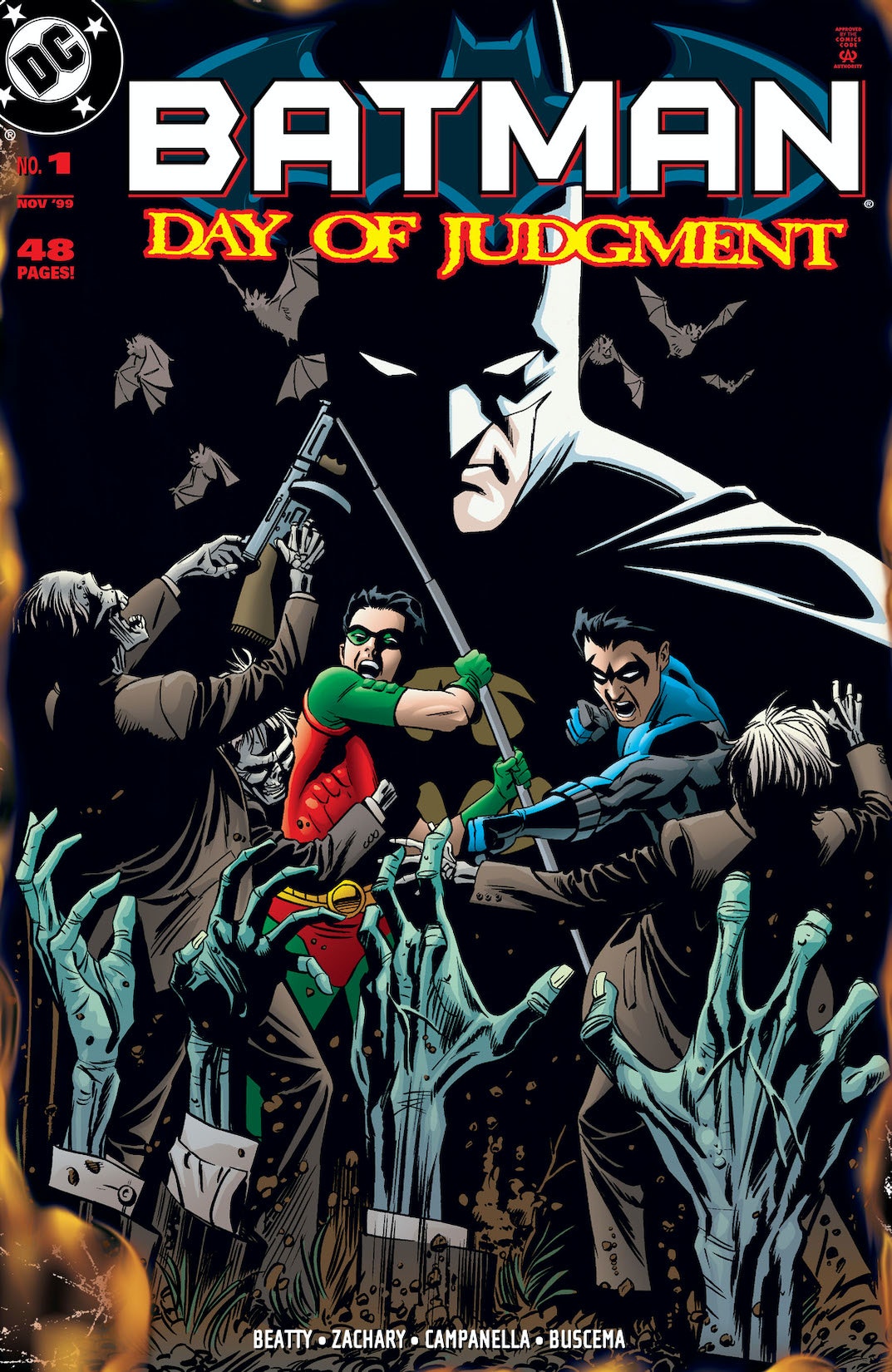 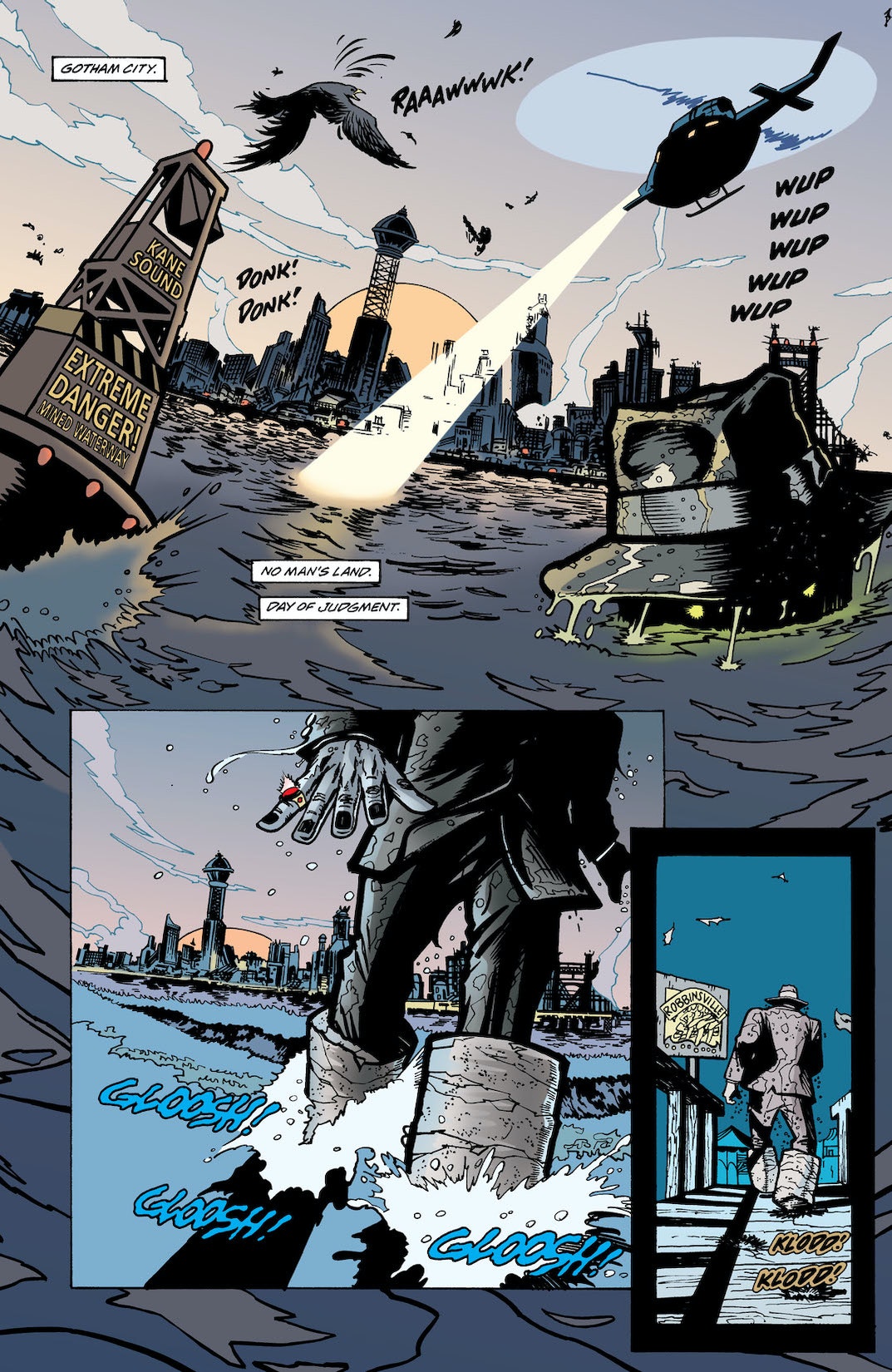 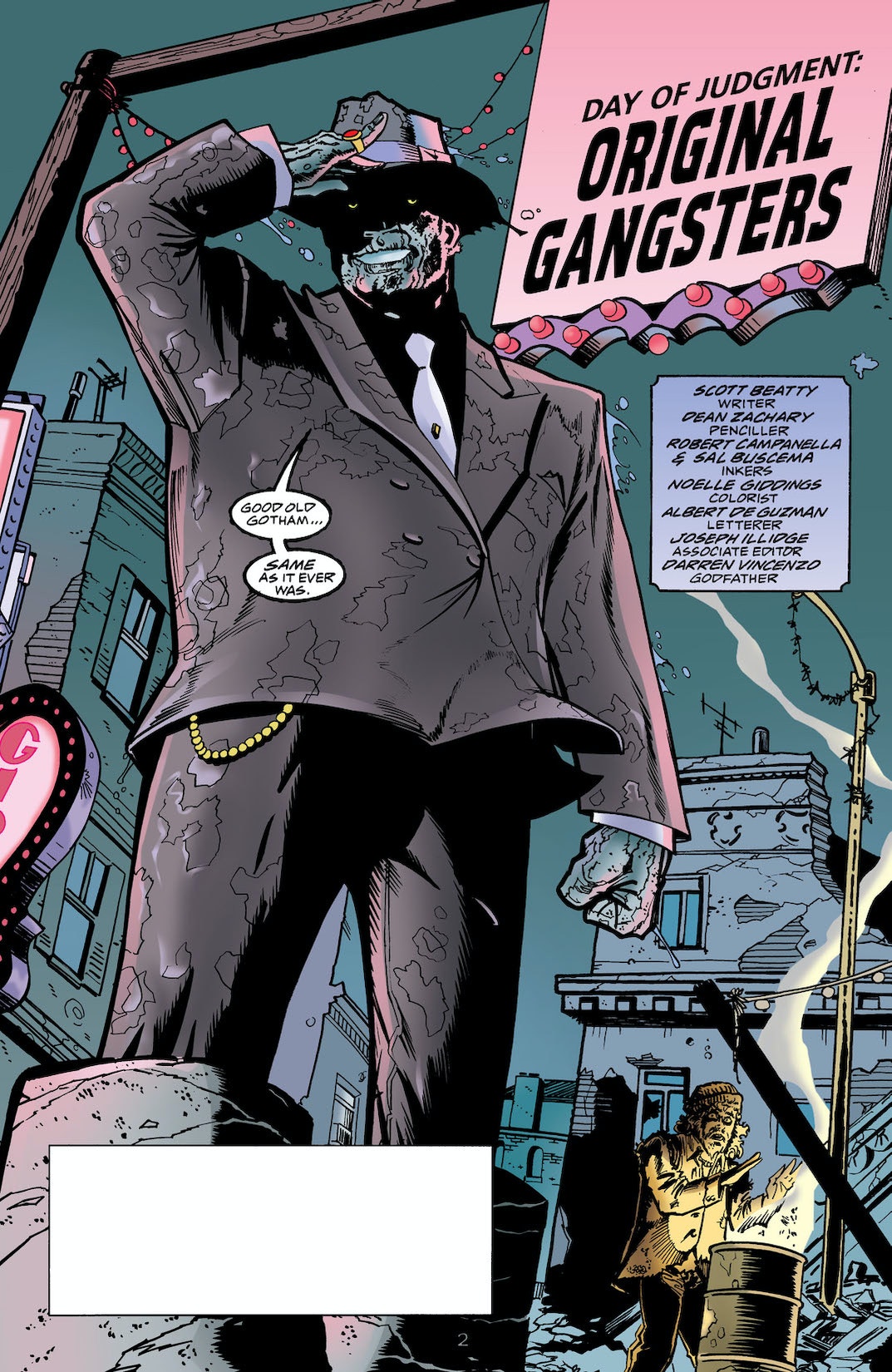 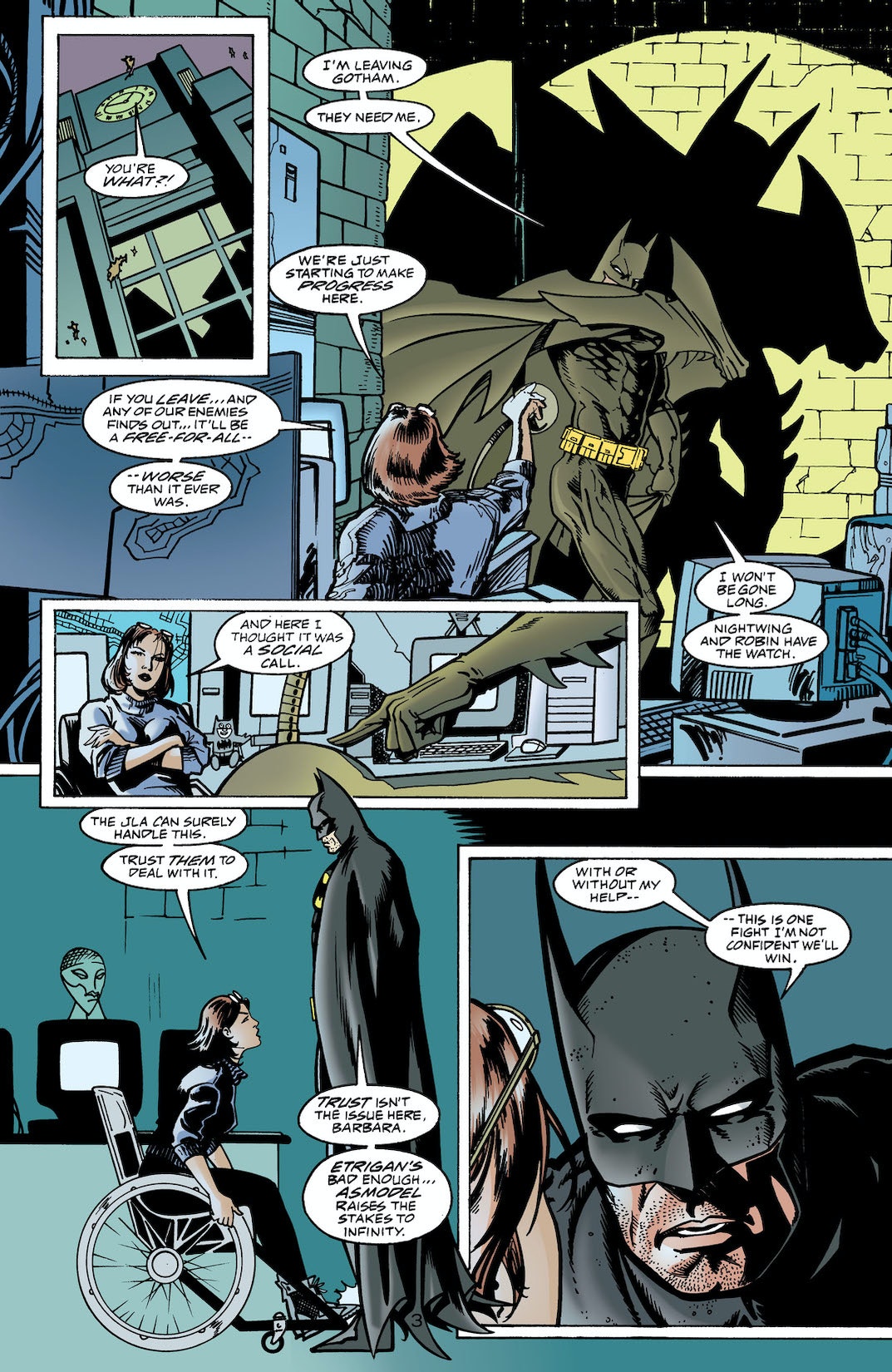 Nightwing and Robin guest-star in a one-shot that finds that the only event that can pull the Dark Knight away from "No Man's Land" is the DAY OF JUDGMENT! While Batman's outside Gotham, dead gangsters are rising from their graves and trying to take back their old territories. It's up to Robin and Nightwing to hold down the fort and rescue several of Oracle's operatives who've crossed paths with the gang. The battle lines are drawn between good and evil in Gotham, with Oracle herself caught in the middle.