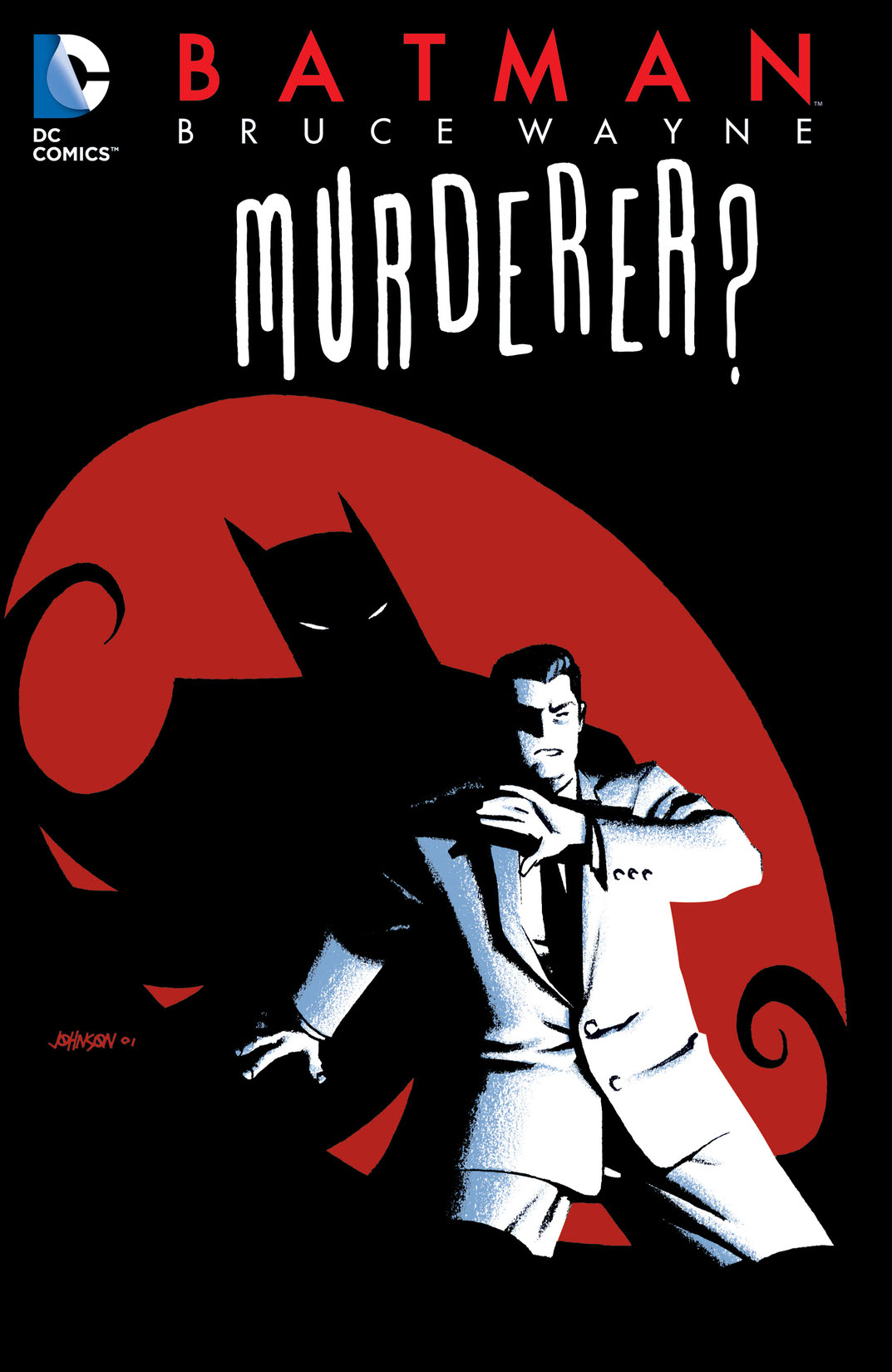 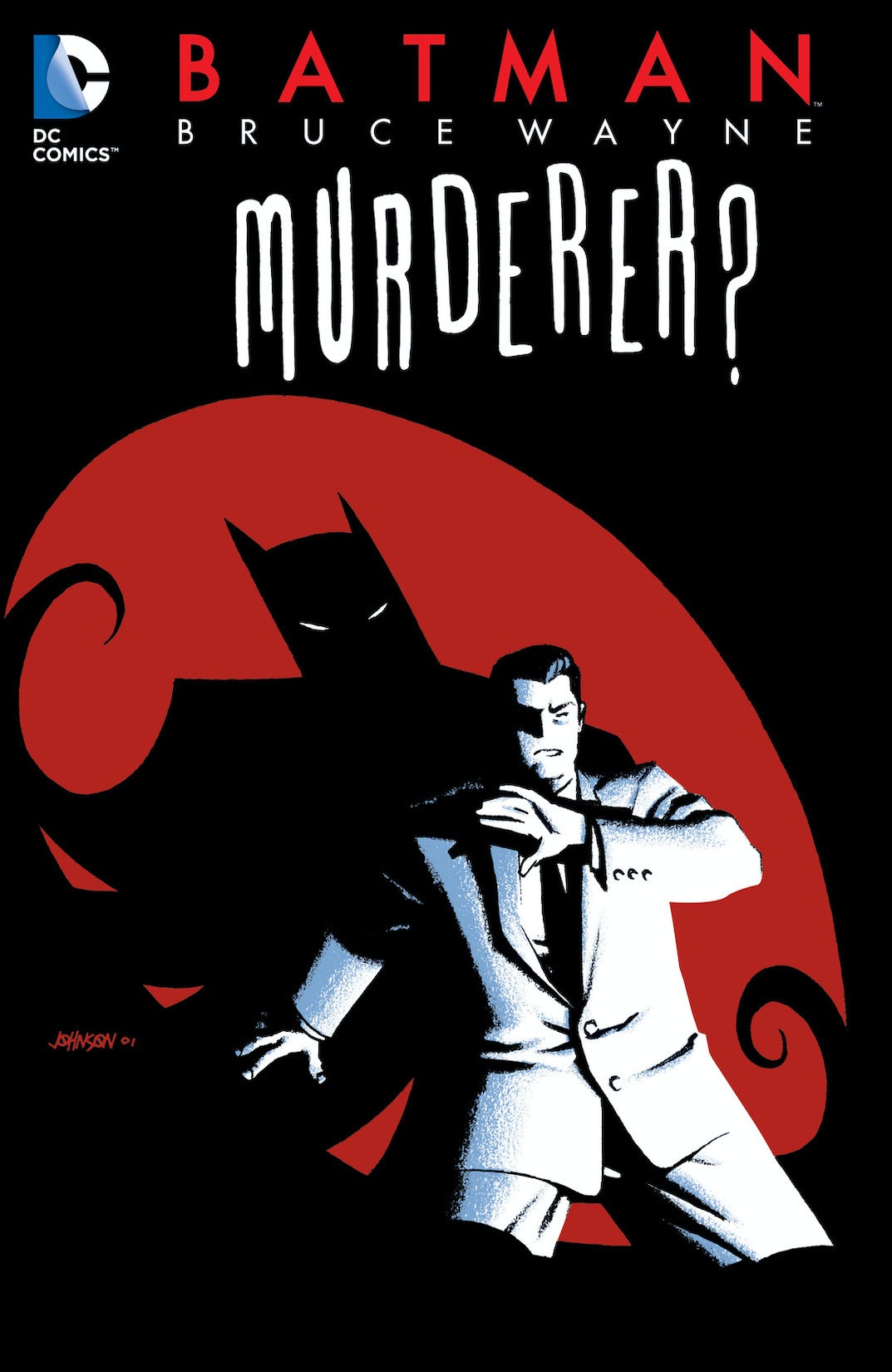 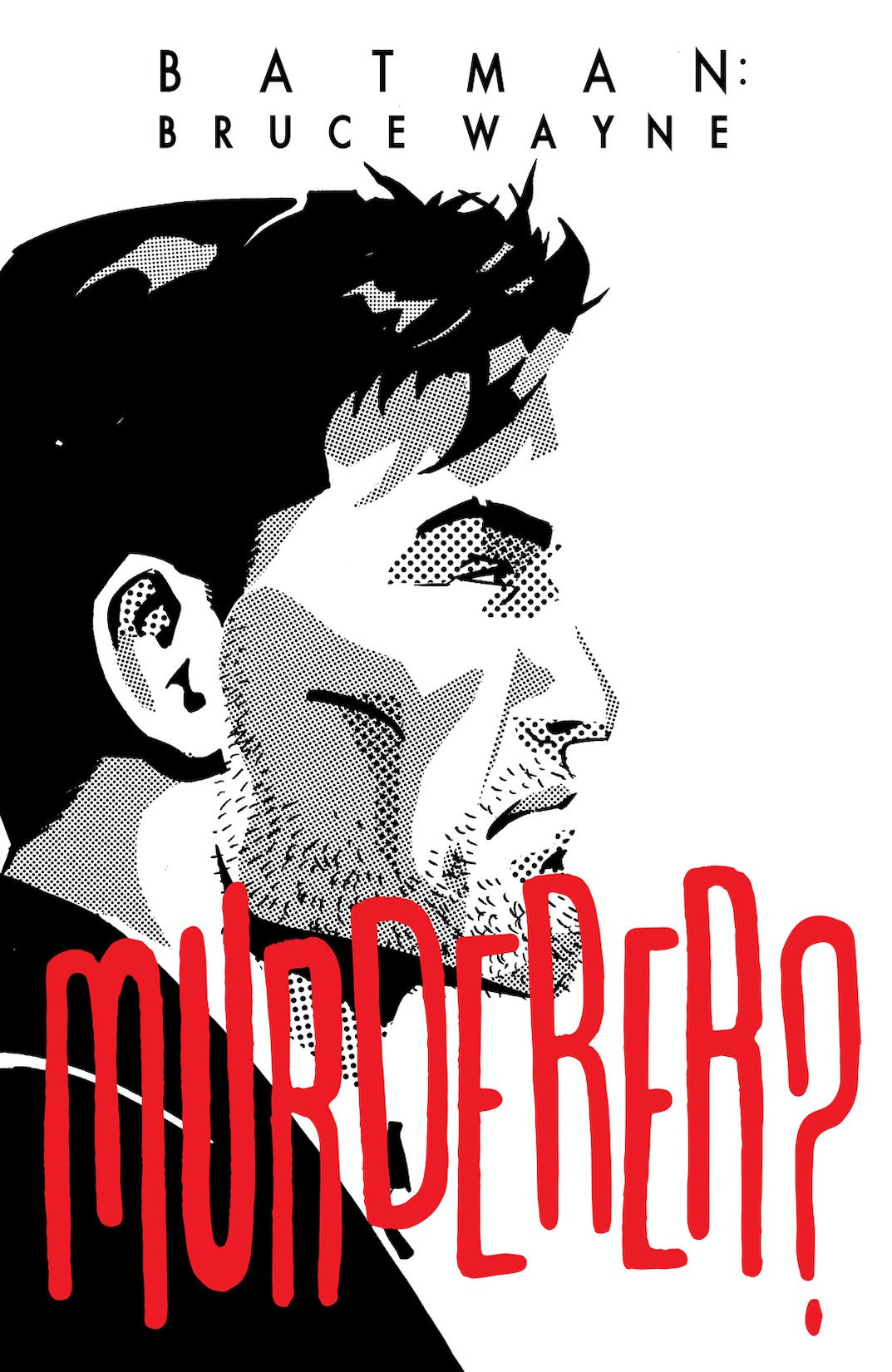 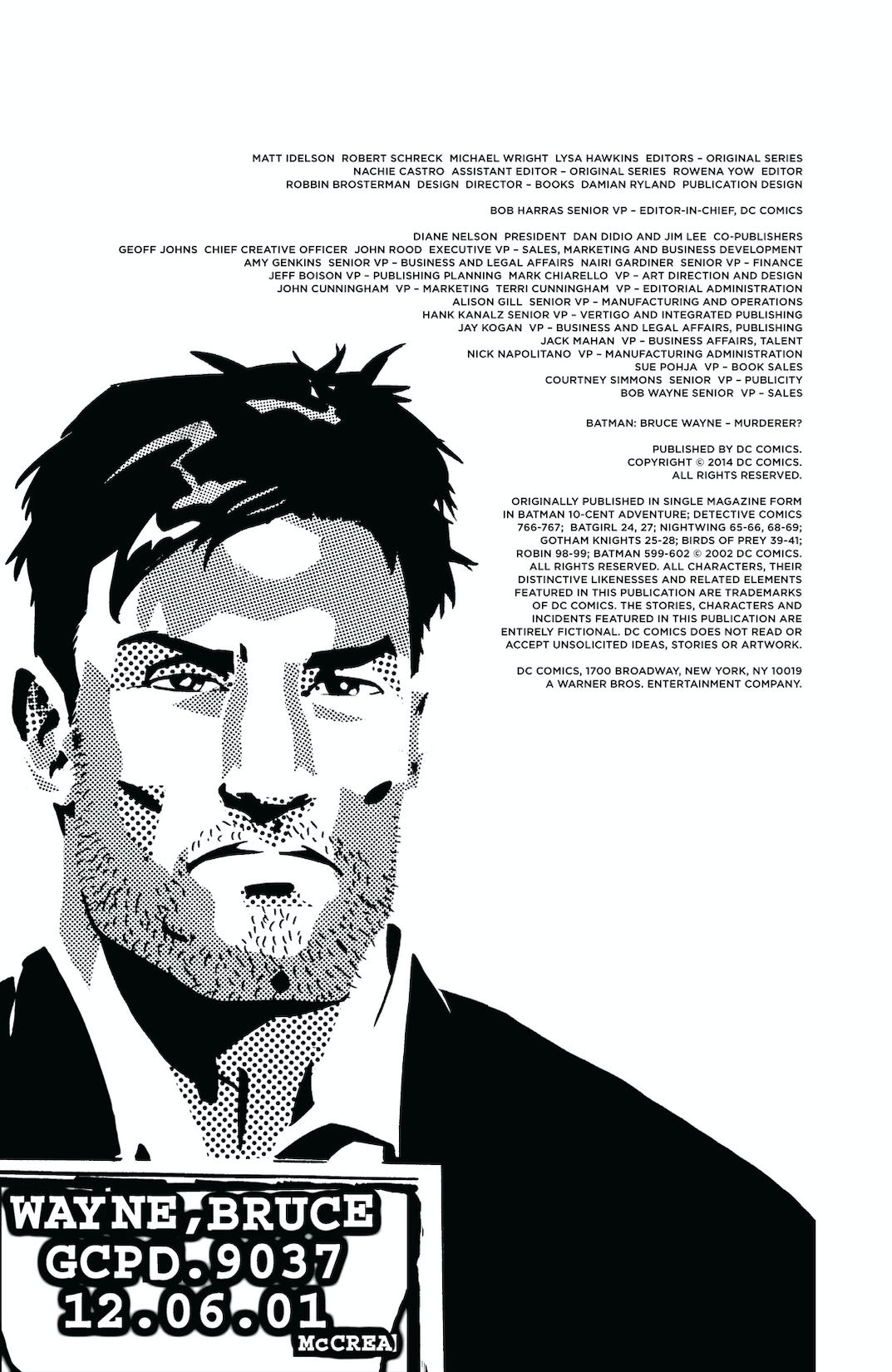 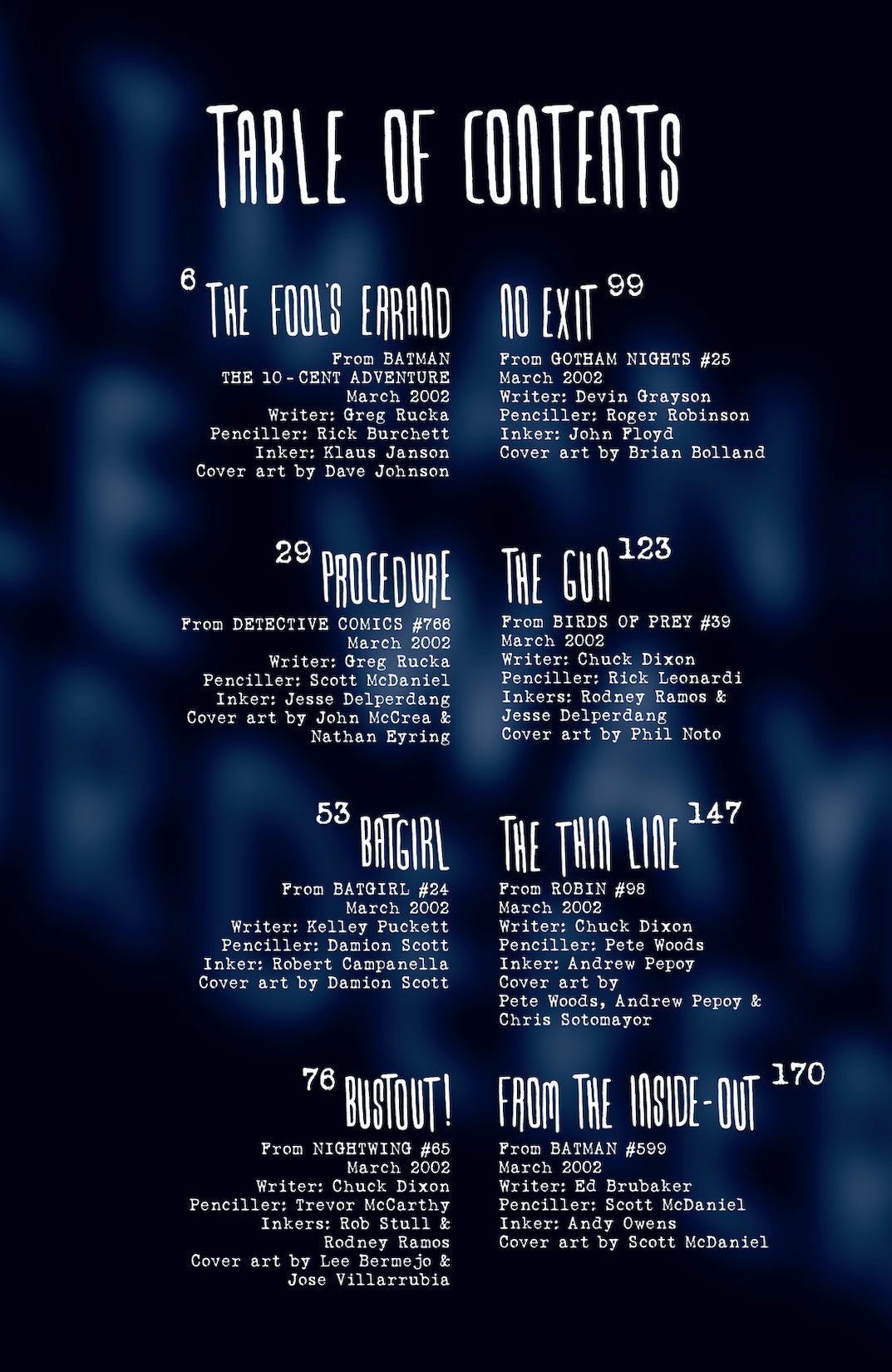 After being found with the dead body of Vesper Fairchild in his arms, Bruce Wayne is arrested for her murder. Looking to prove Bruce's innocence, Nightwing, Robin and Batgirl quickly begin an investigation to discover the true killer. But as the mystery unfolds, evidence of Bruce's guilt mounts and even his closest allies begin to question their mentor's innocence. Tired of portraying himself as someone he is not and further embracing the freedom of his masked identity, Bruce decides to lay his millionaire playboy alter ego to rest and live life only as the Batman. This new edition includes stories that have never been reprinted before and collects Batgirl 24, 27, Batman 599-602, Batman: Gotham Knights 25-28, Batman: The 10-Cent Adventure 1, Birds Of Prey 39, 40-41, 43, Detective Comics 766-767, Nightwing 65-66, 68-69 and Robin 98-99.