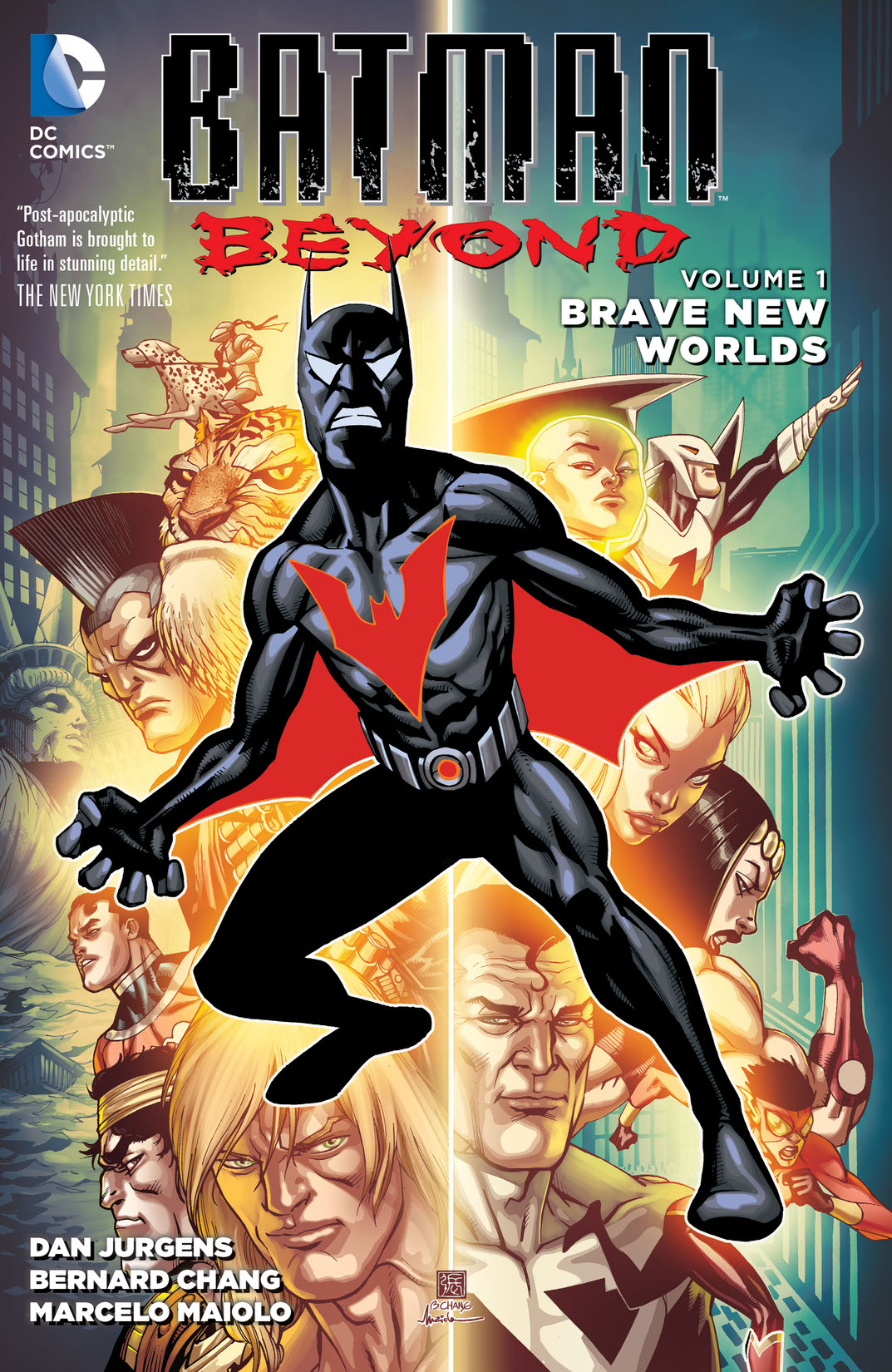 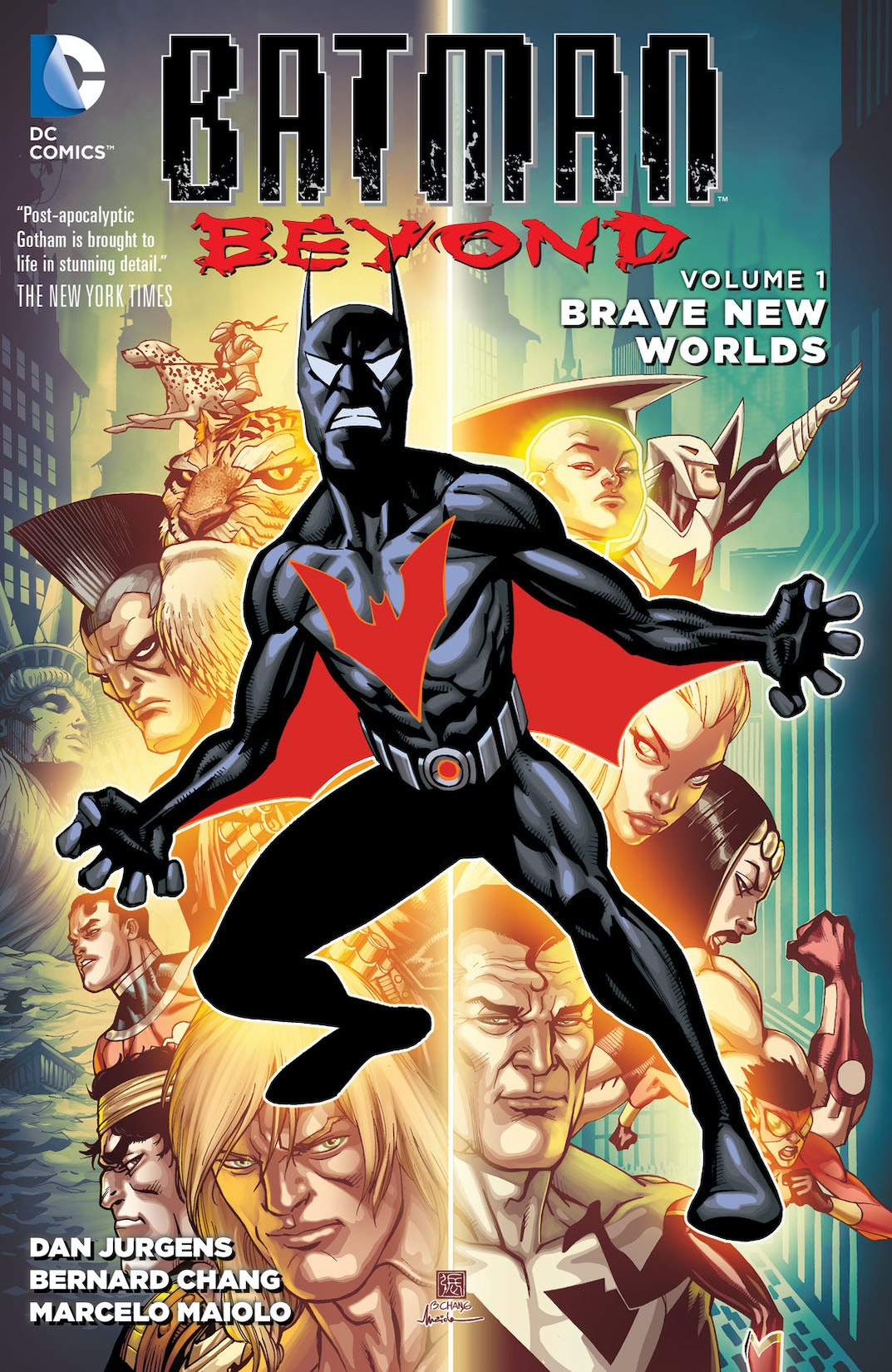 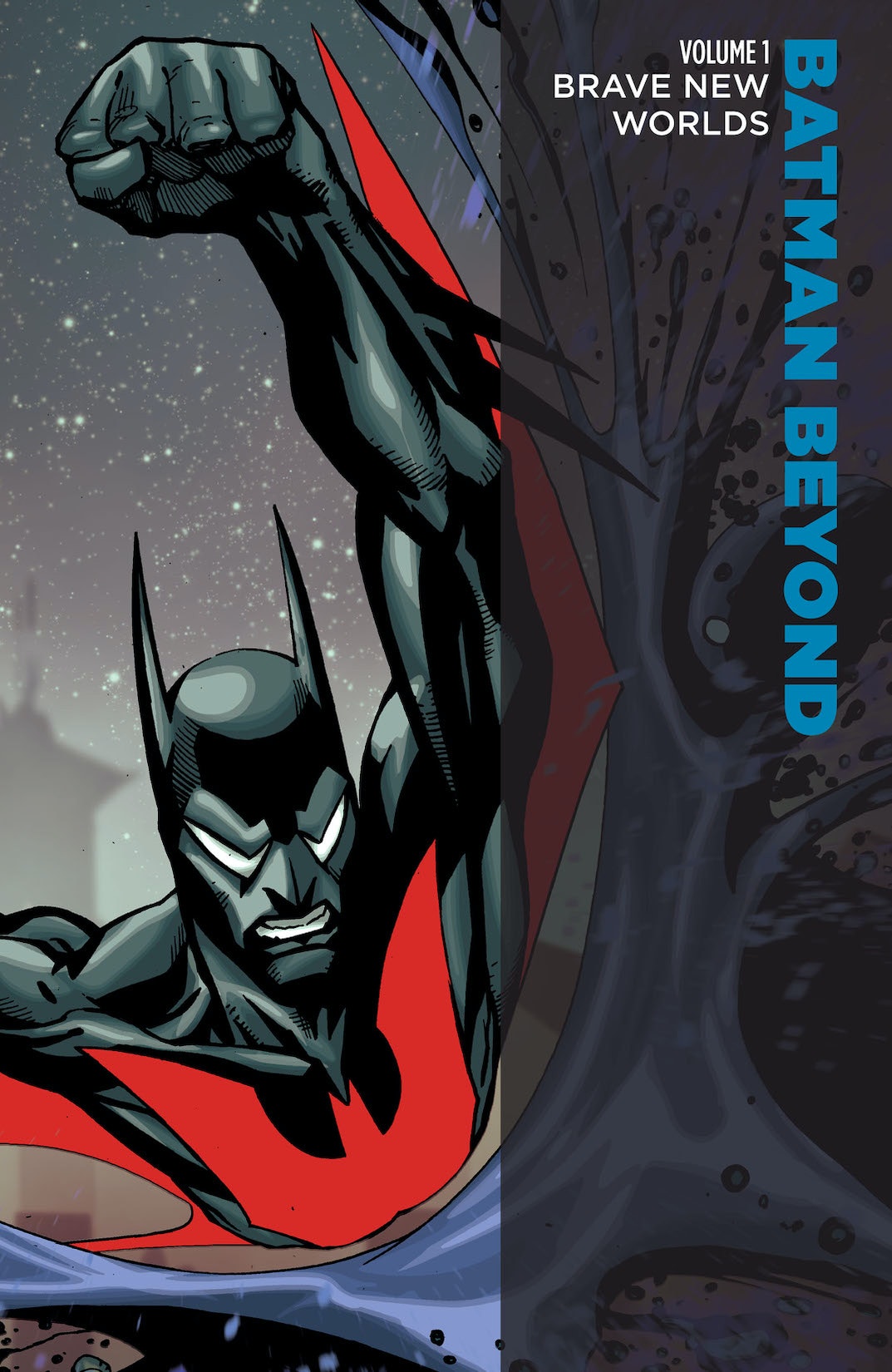 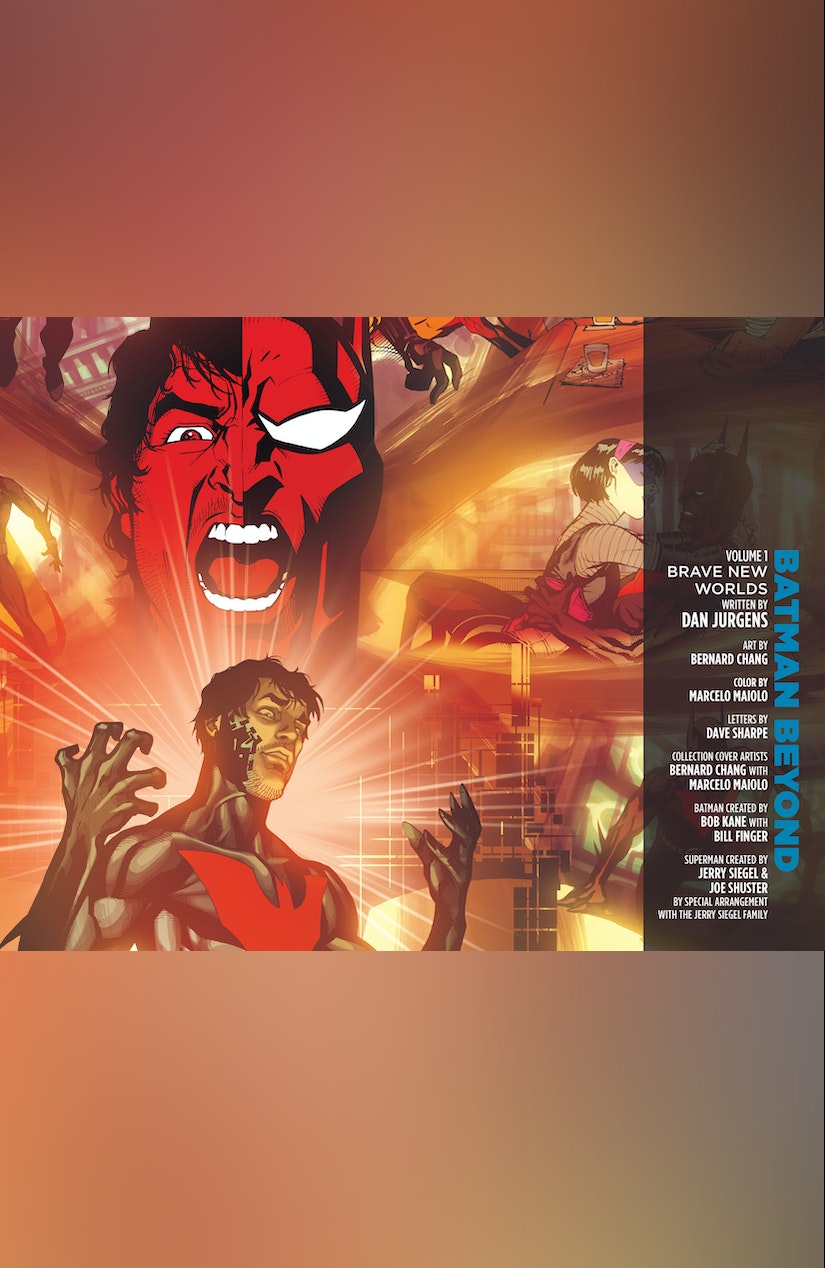 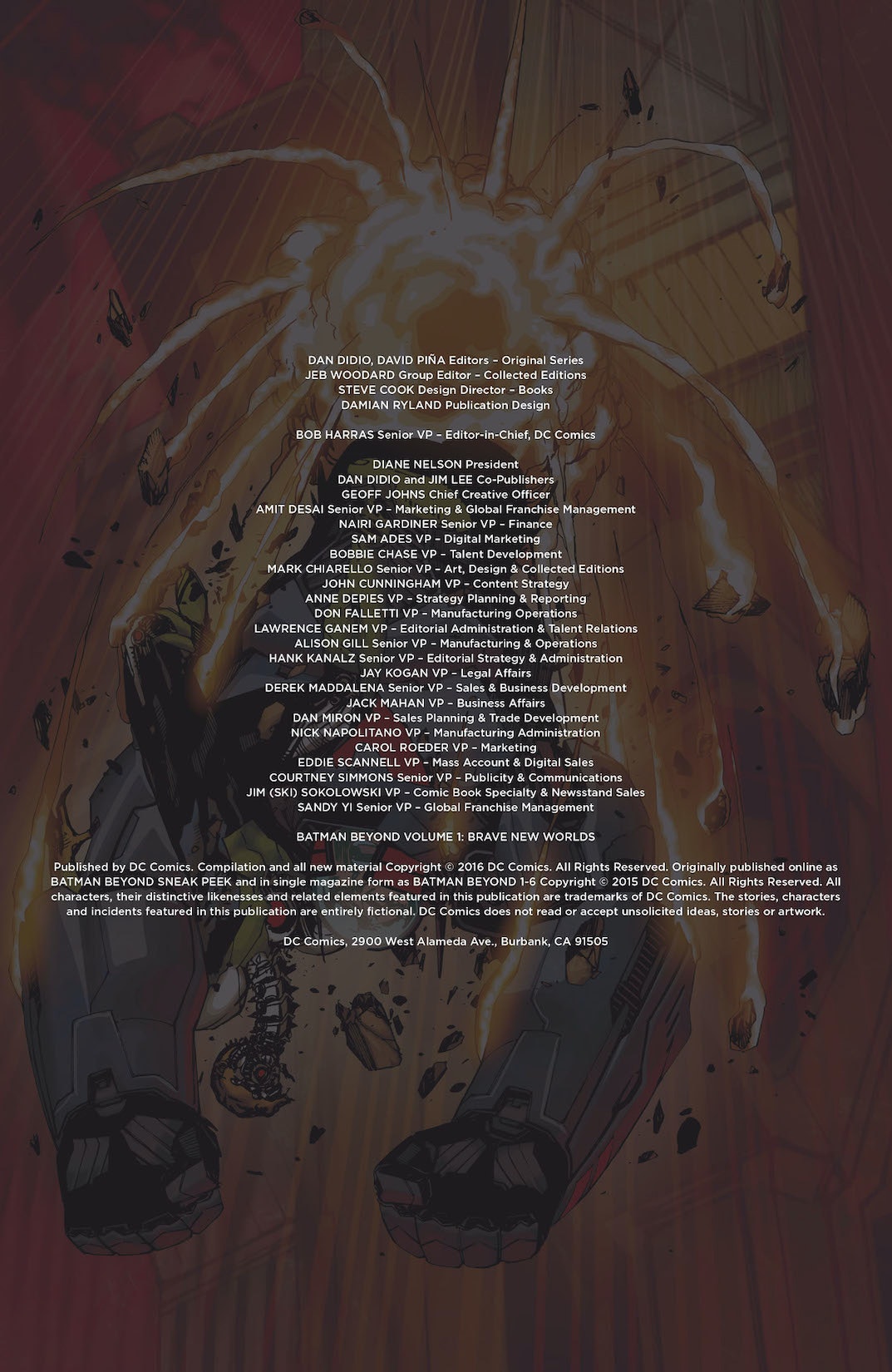 Spinning out of the epic event FUTURES END and the world of the classic animated series, BATMAN BEYOND is reimagined within the DC Universe continuity! Tim Drake has been a lot of things-teen genius, teen hero, Teen Titan. As Red Robin, he carried on Batman’s legacy, but he never thought he’d be the one to assume the cowl and become Batman himself. Of course, Tim never thought he’d find himself flung decades into the future-into a world where the evil A.I. Brother Eye has all but exterminated life on Earth. Now only Neo-Gotham remains, and the city needs its defender. Gotham needs Batman! Now, Tim must save Batman’s allies, including Barbara Gordon, before Brother Eye can crack their minds and discover Neo-Gotham’s hidden location. But with the world’s greatest heroes transformed into Brother Eye’s sinister agents, will Batman be Gotham’s salvation-or will Tim Drake find out he doesn’t have what it takes to wear the mantle of the Bat? Featuring creators Dan Jurgens (THE DEATH OF SUPERMAN) and Bernard Chang (GREEN LANTERN CORPS), BATMAN BEYOND VOLUME 1: BRAVE NEW WORLDS collects the BATMAN BEYOND Sneak Peek and issues #1-6.