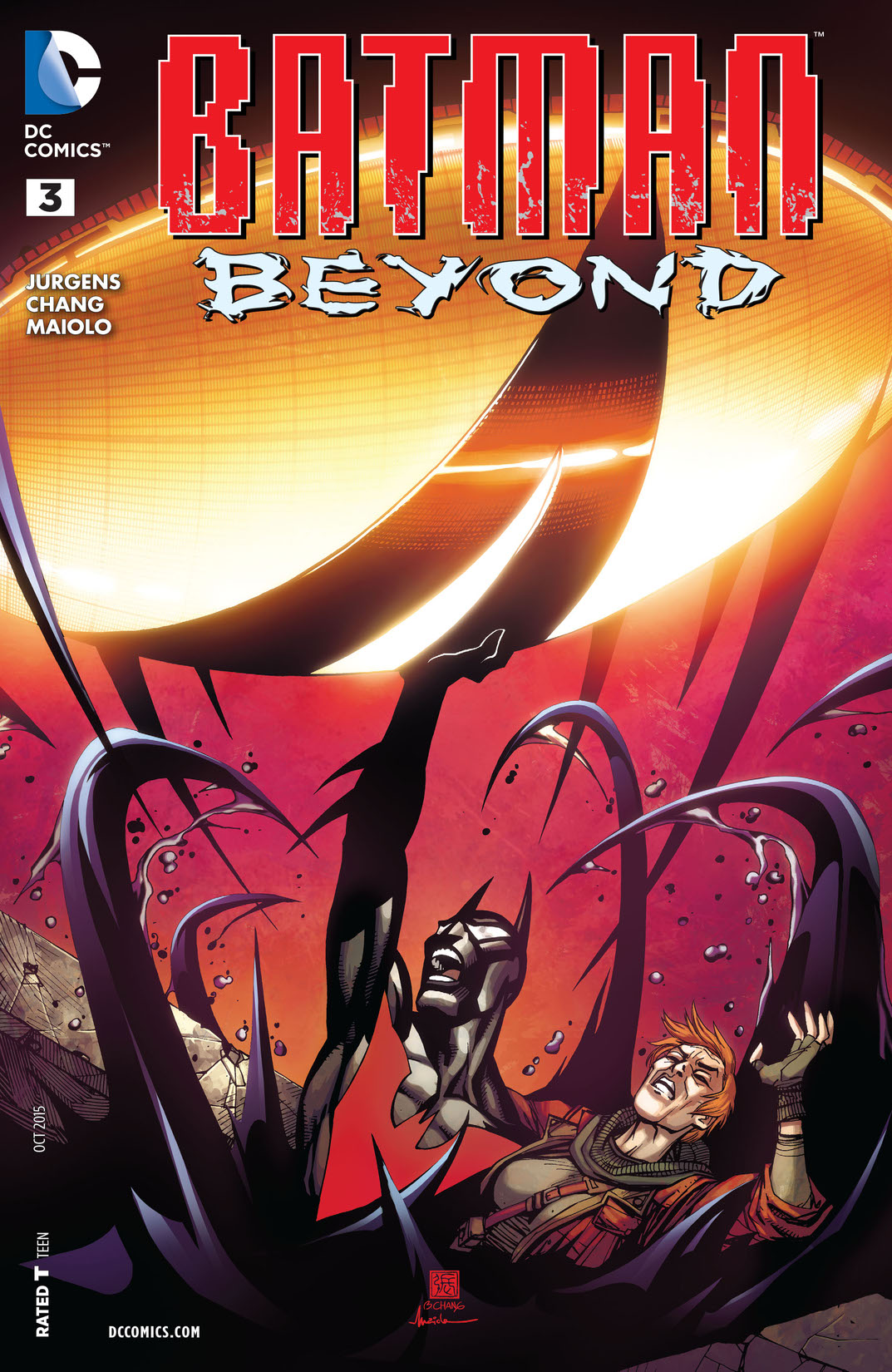 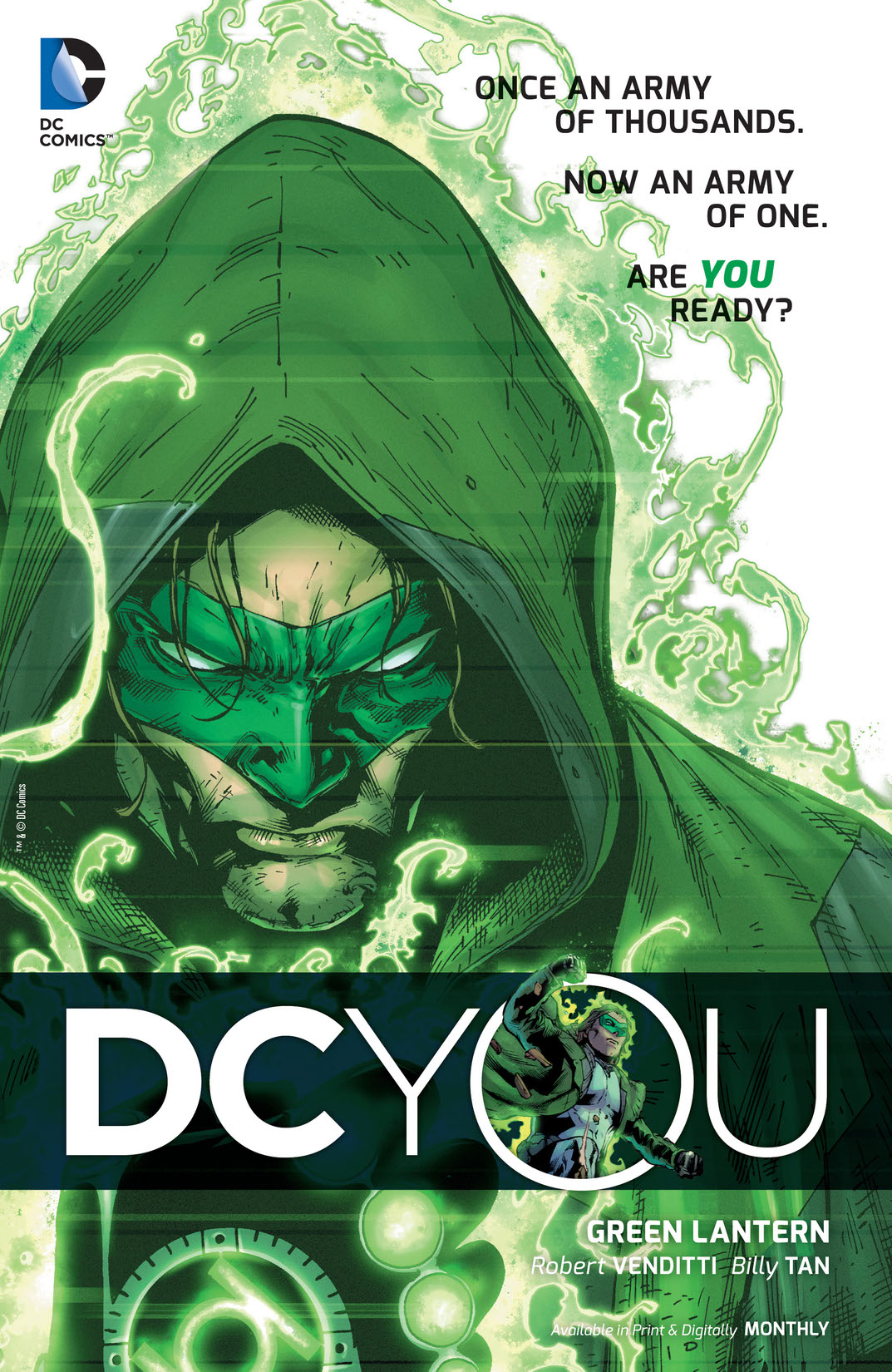 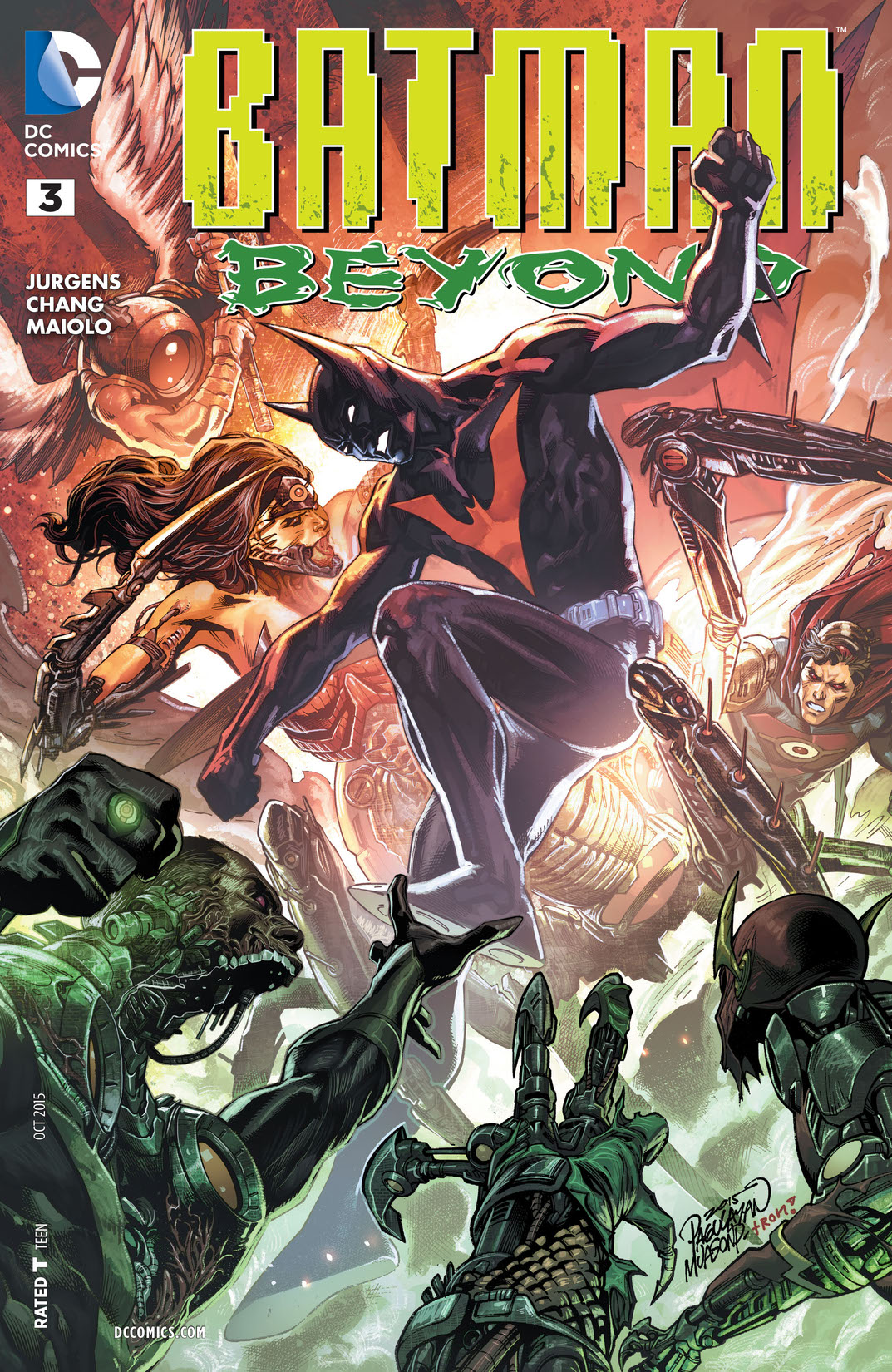 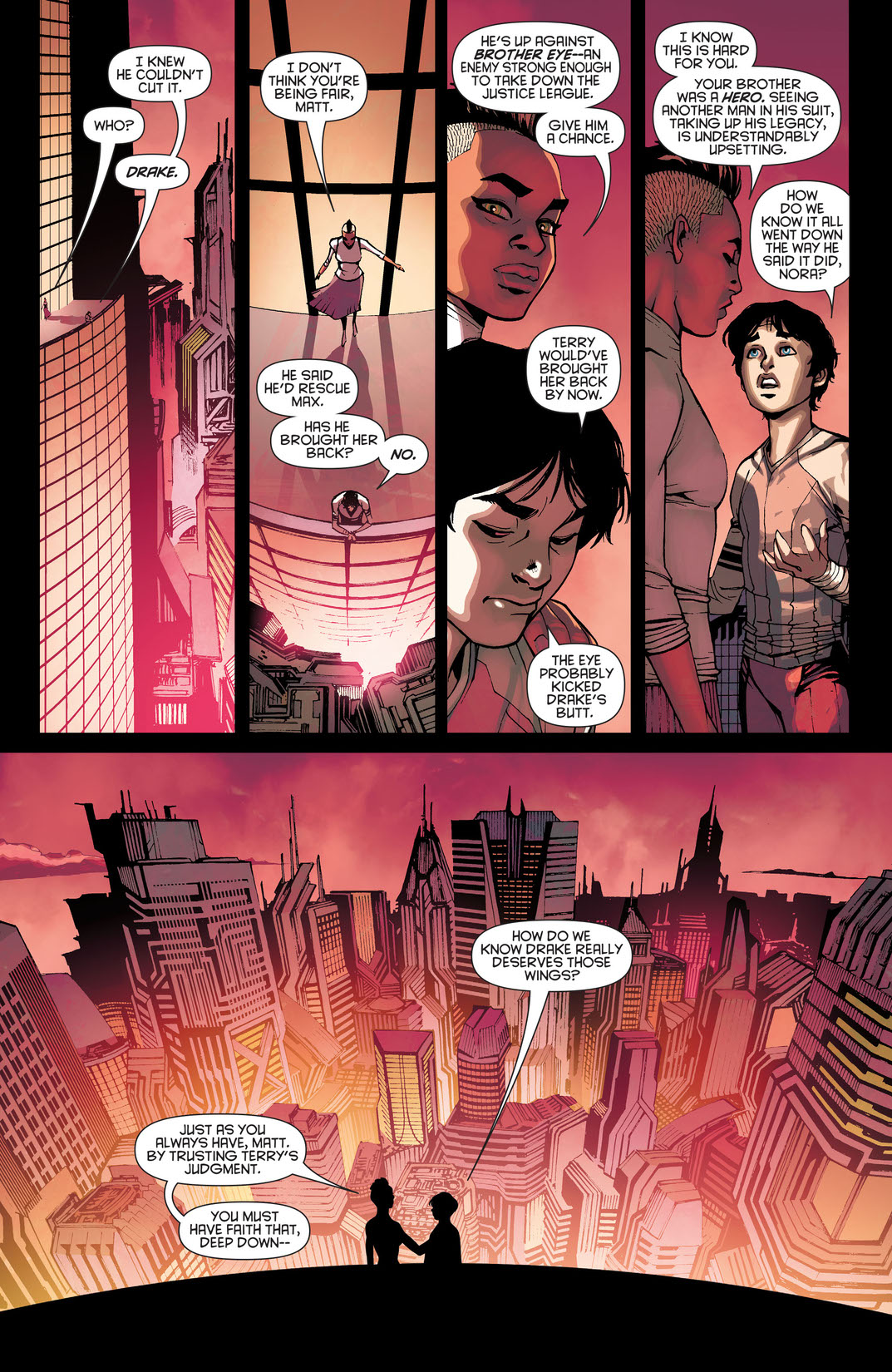 The world starts to give up on its new Batman as the secret of the cyborg Justice League is revealed. Plus, Brother Eye takes both a giant leap and one small step toward bringing down the final stronghold of humanity: Neo-Gotham.