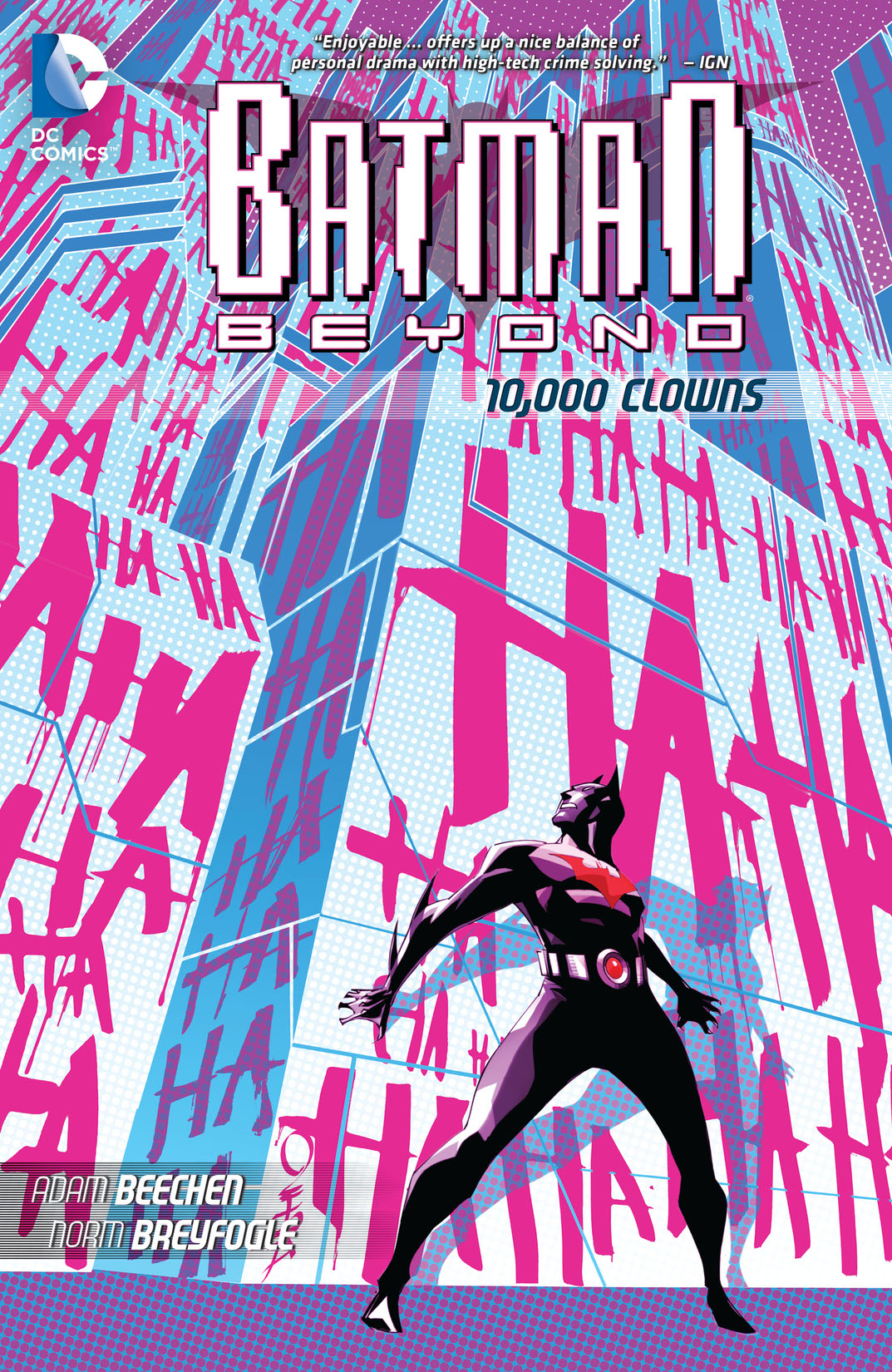 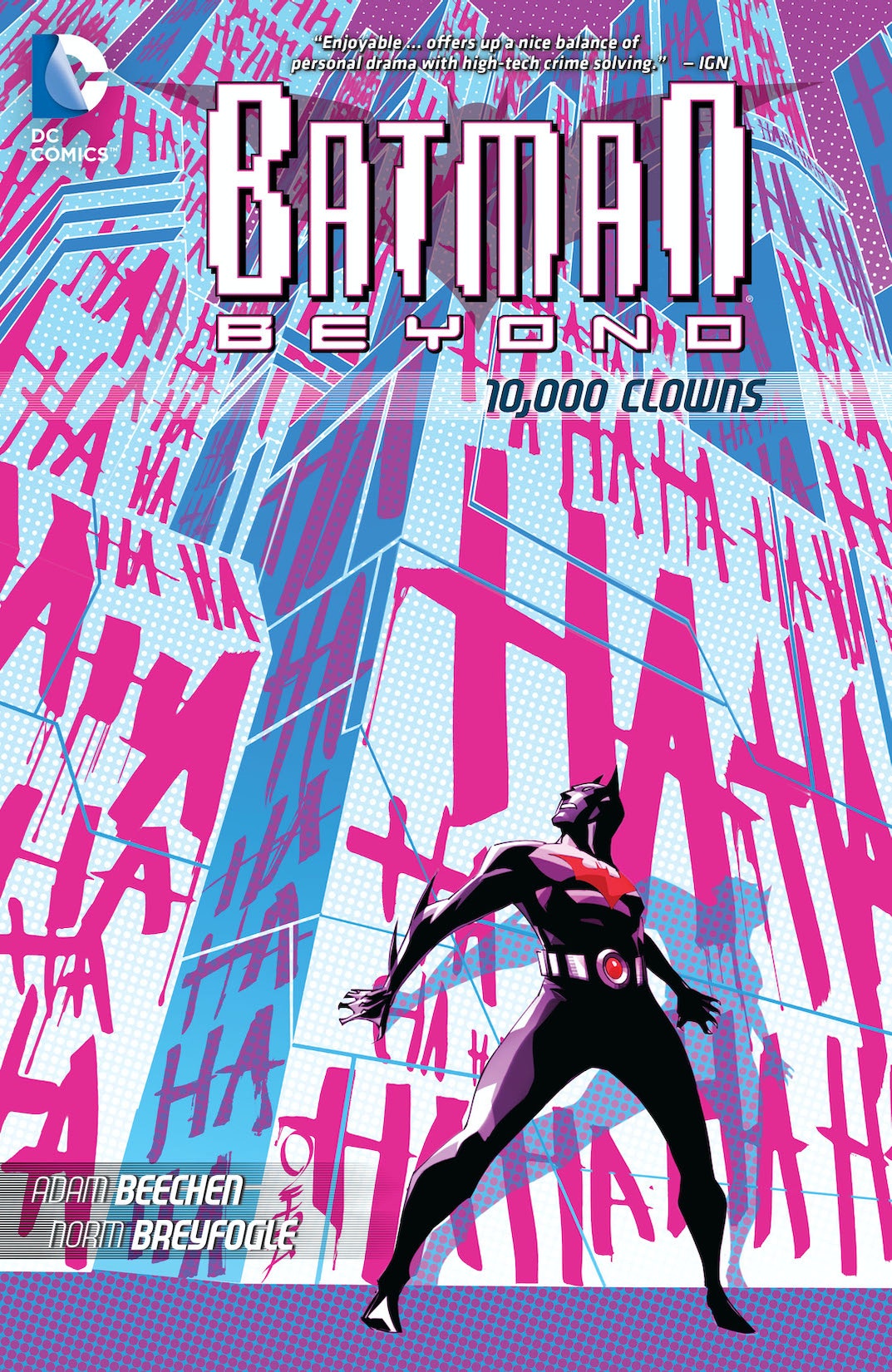 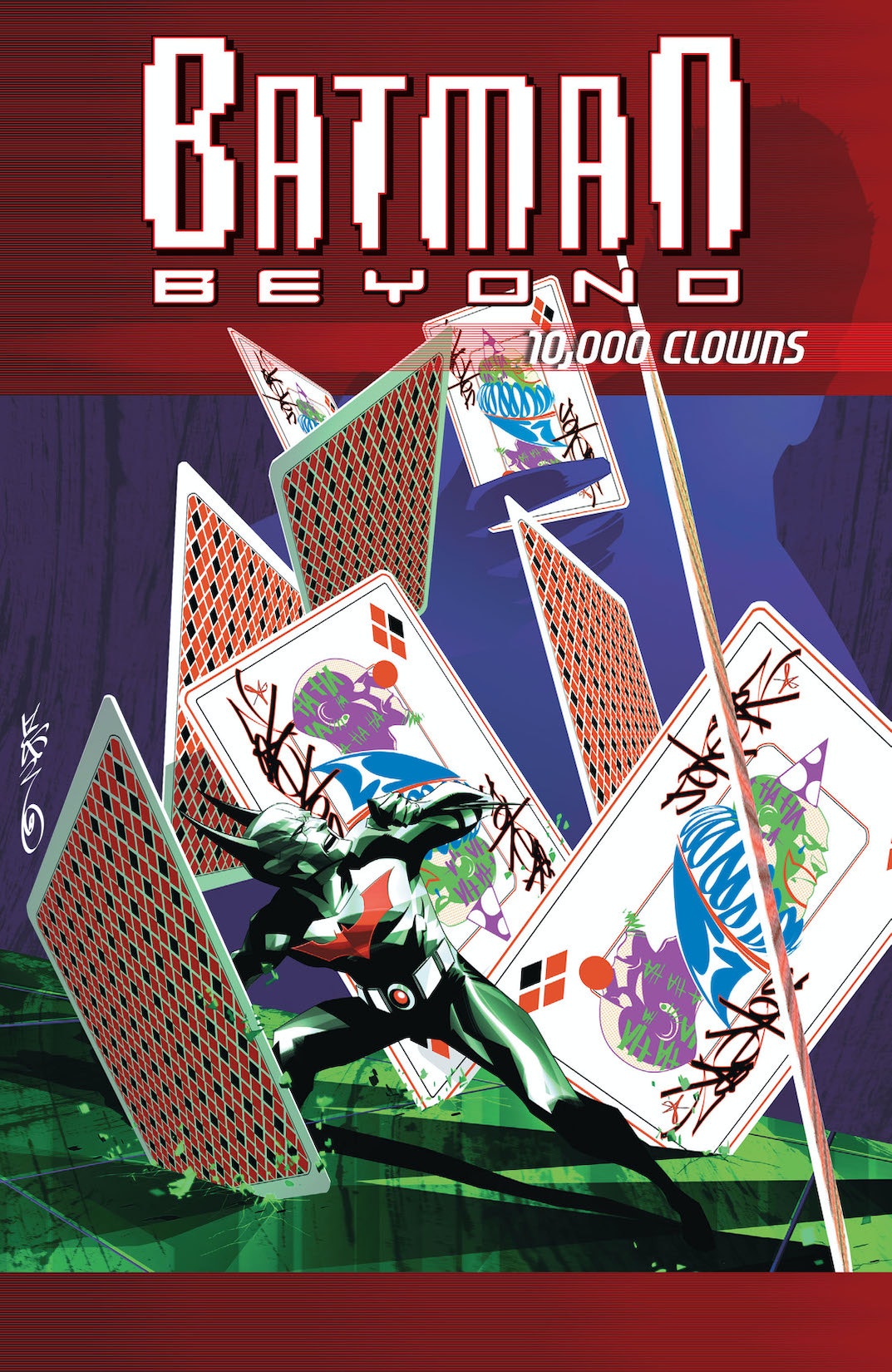 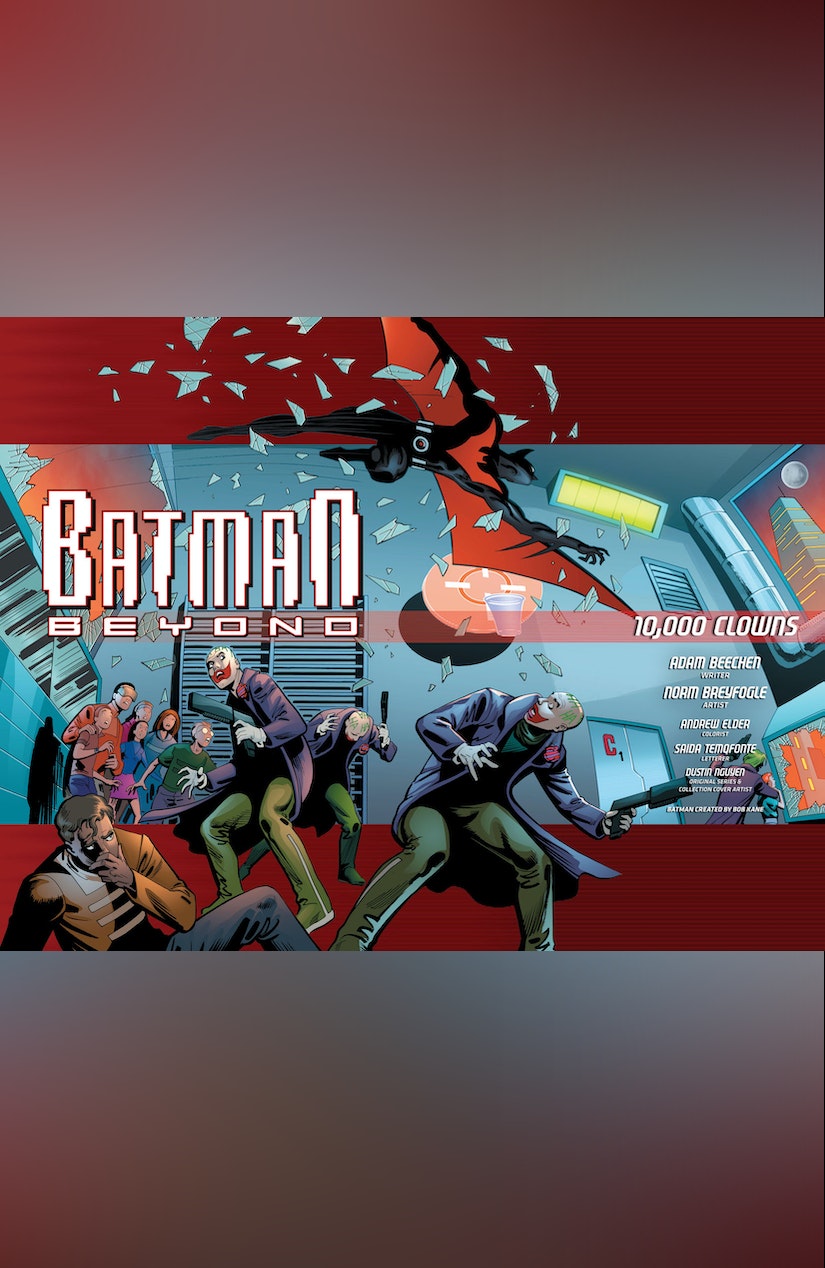 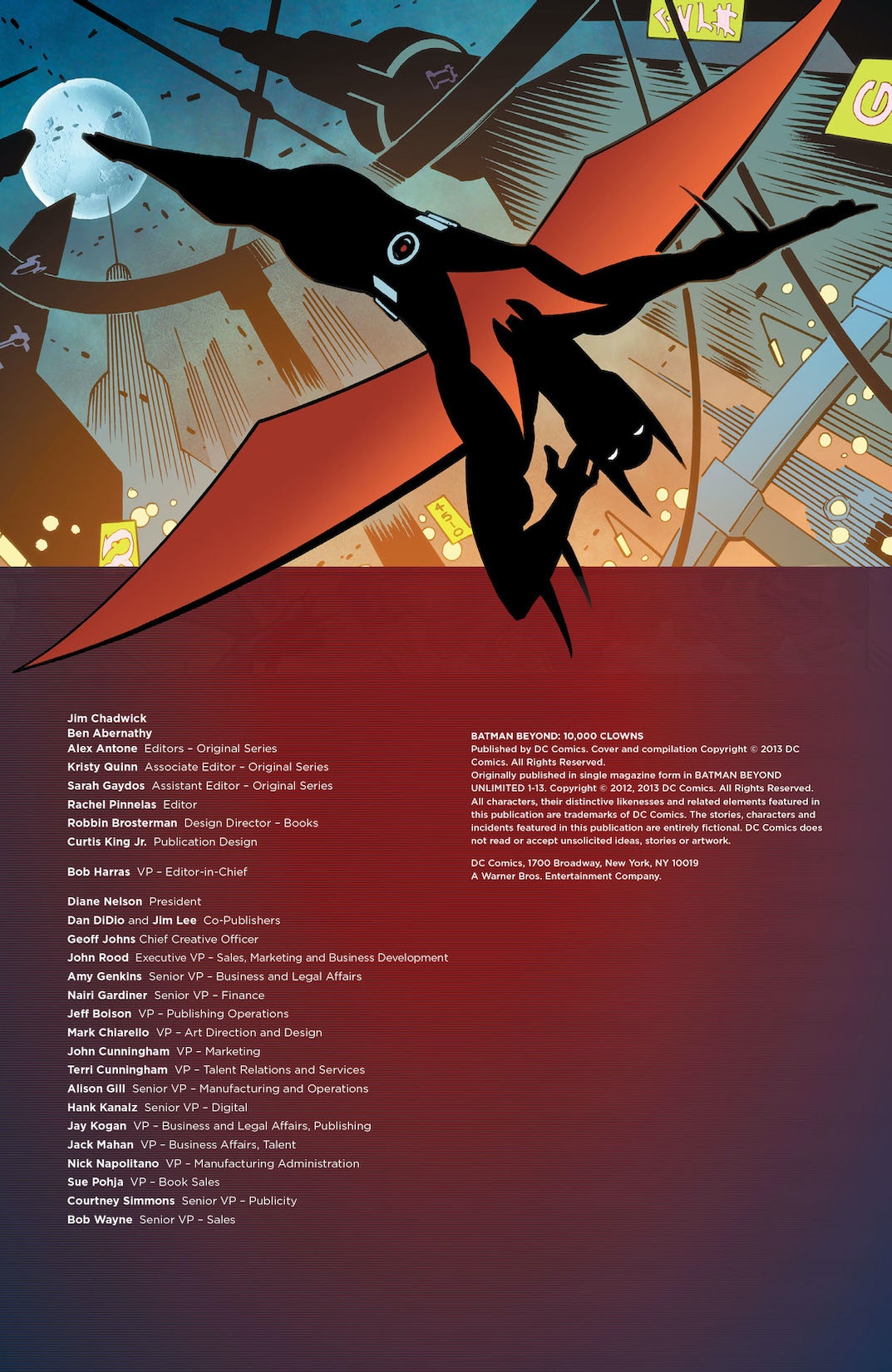 Gotham City, the future. Teenage Terry McGinnis has taken over the mantle of Batman, mentored by Bruce Wayne himself, but the criminals menacing Gotham have only gotten deadlier. Now, a new threat is rising. The Jokerz, a gang of petty criminals inspired by Batman’s greatest foe, are flooding into Gotham. Organized and more deadly than ever before, they are united by a single murderous cause under a charismatic leader with a terrifying new take on what it means to be a Joker. Unfortunately, insane clown gangs aren’t the only problem Terry has to deal with. With the city in chaos, Batman finds himself pulled in different directions-his best friend, Maxine Gibson, is missing in action and his ex-girlfriend Dana suddenly turns to him for help with her own crisis, all while Bruce Wayne needs him more than ever. His resources spread thin, Batman will have to turn to some familiar-and unwelcoming-faces for help. Acclaimed creators Adam Beechen (ROBIN) and Norm Breyfogle (BATMAN: BIRTH OF THE DEMON) bring the world of the hit television series BATMAN to comics with an all-new epic adventure that will change Terry McGinnis’ life as Batman forever! Collects BATMAN BEYOND UNLIMITED #1-13.