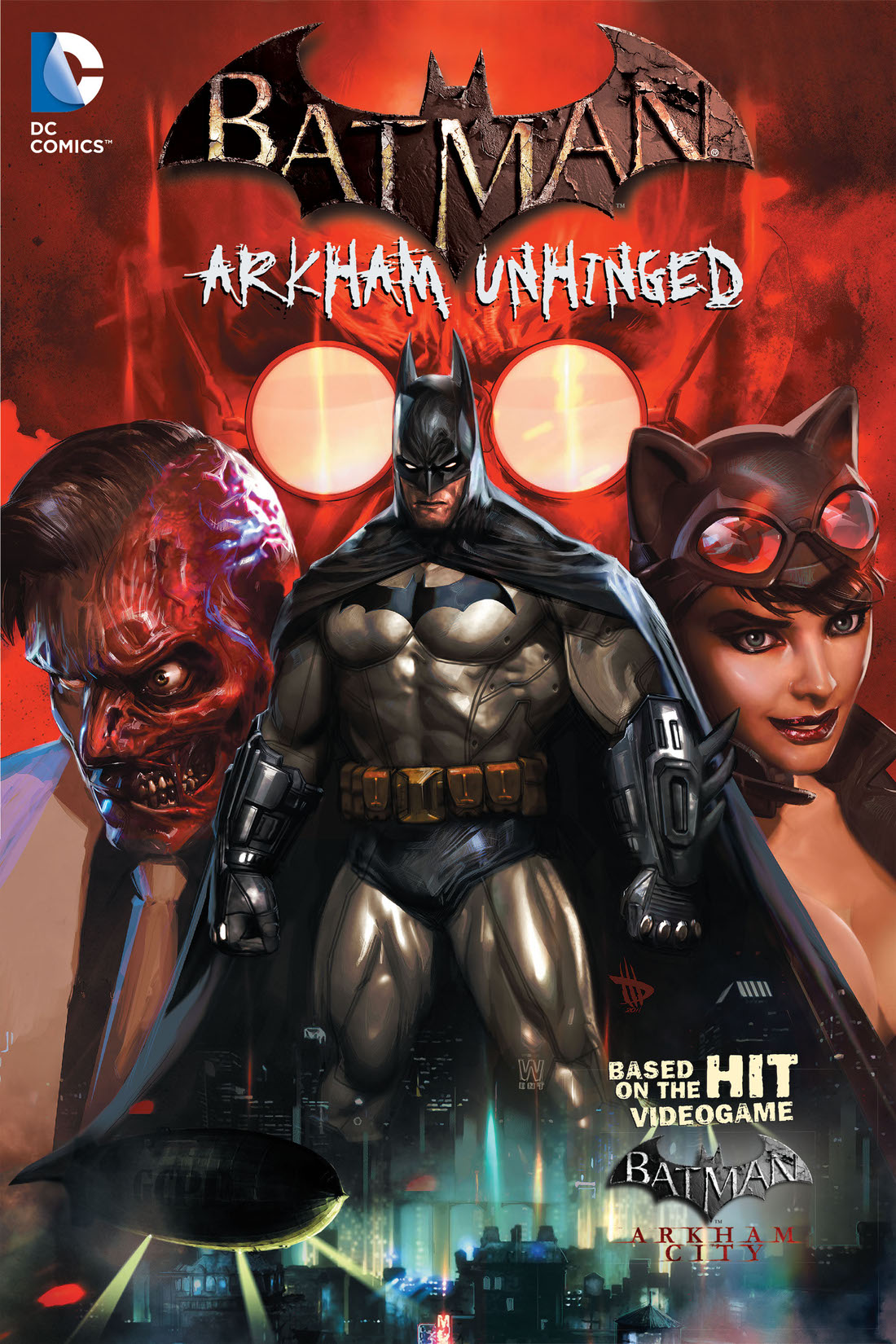 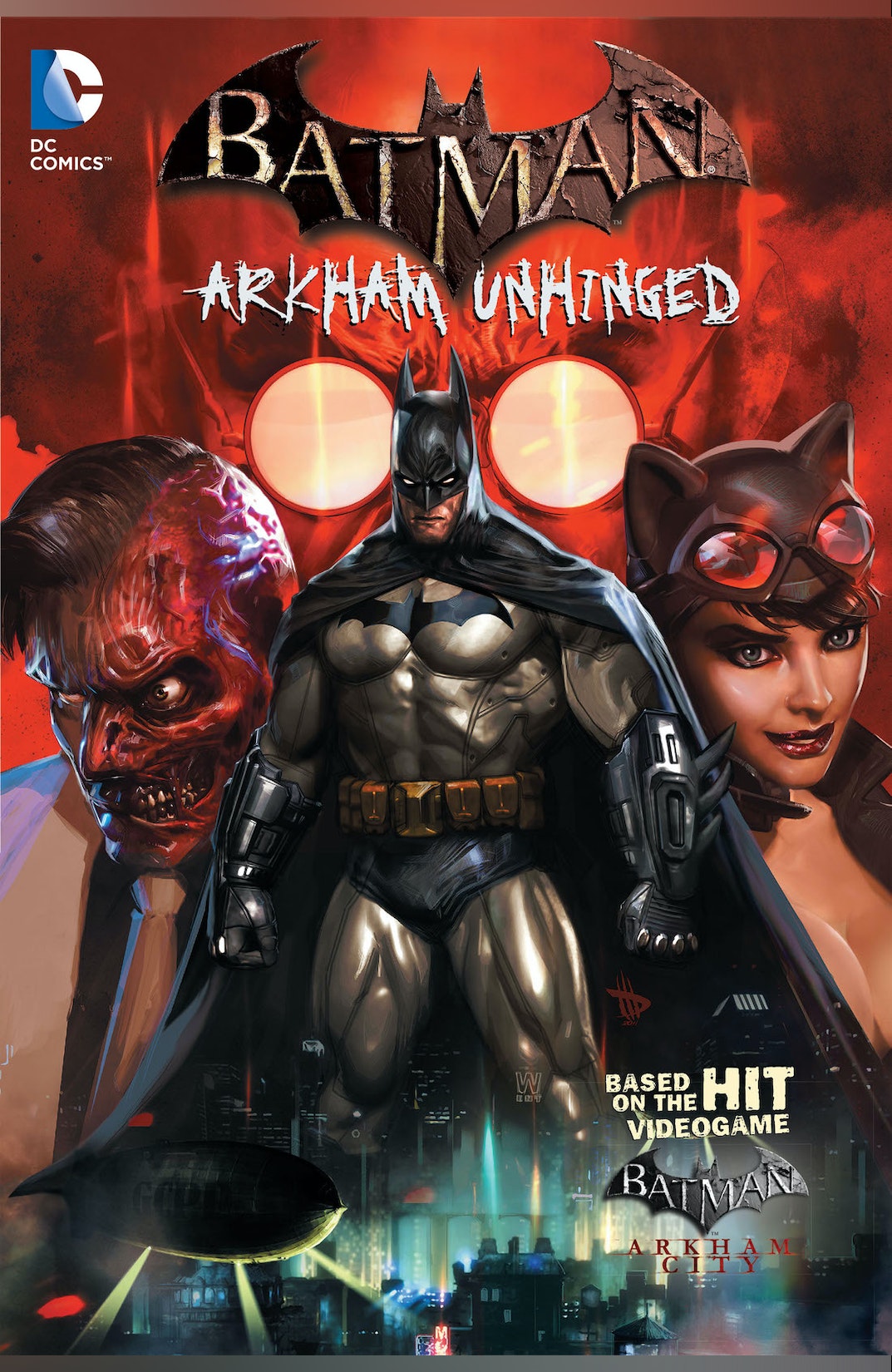 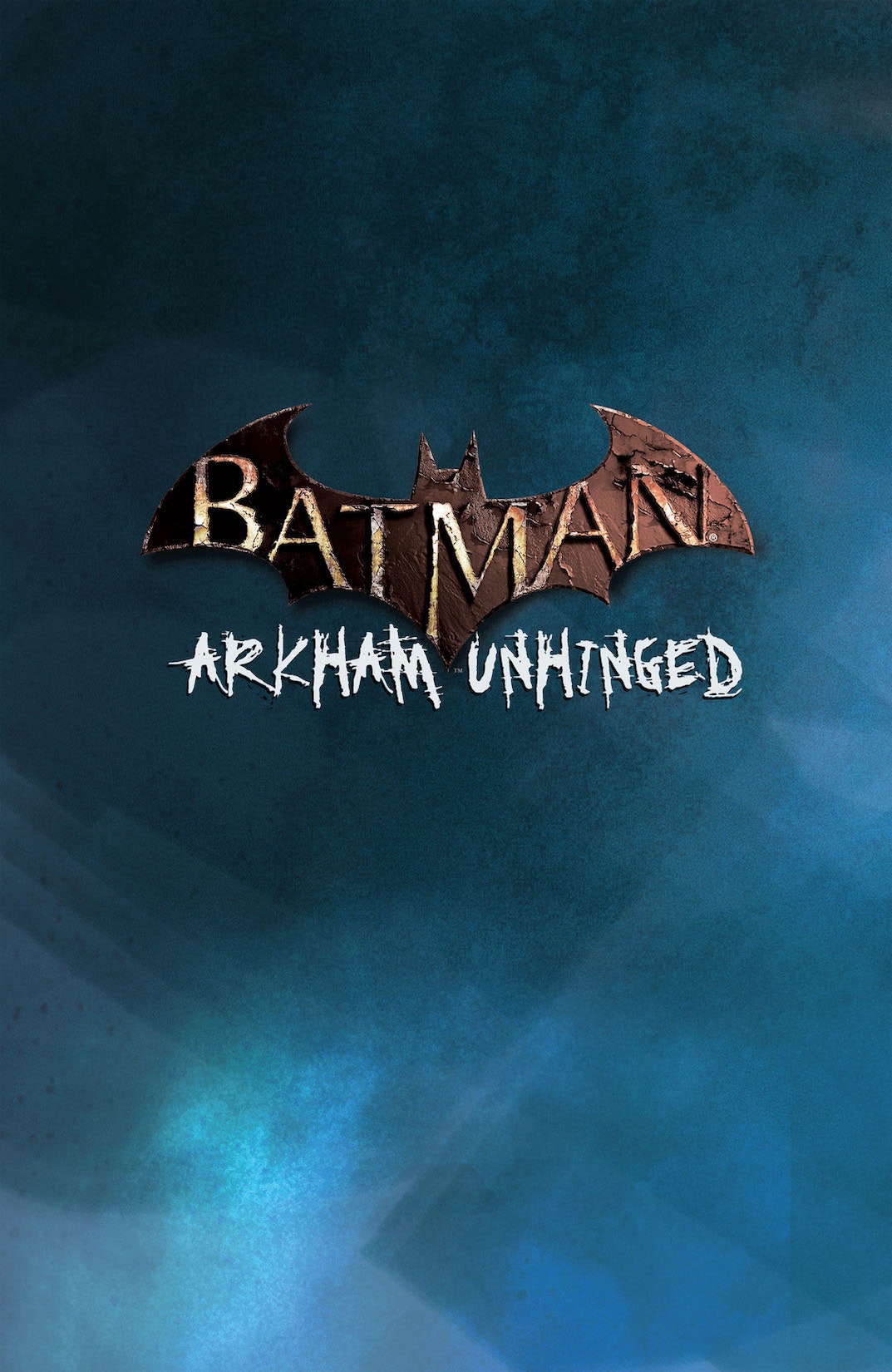 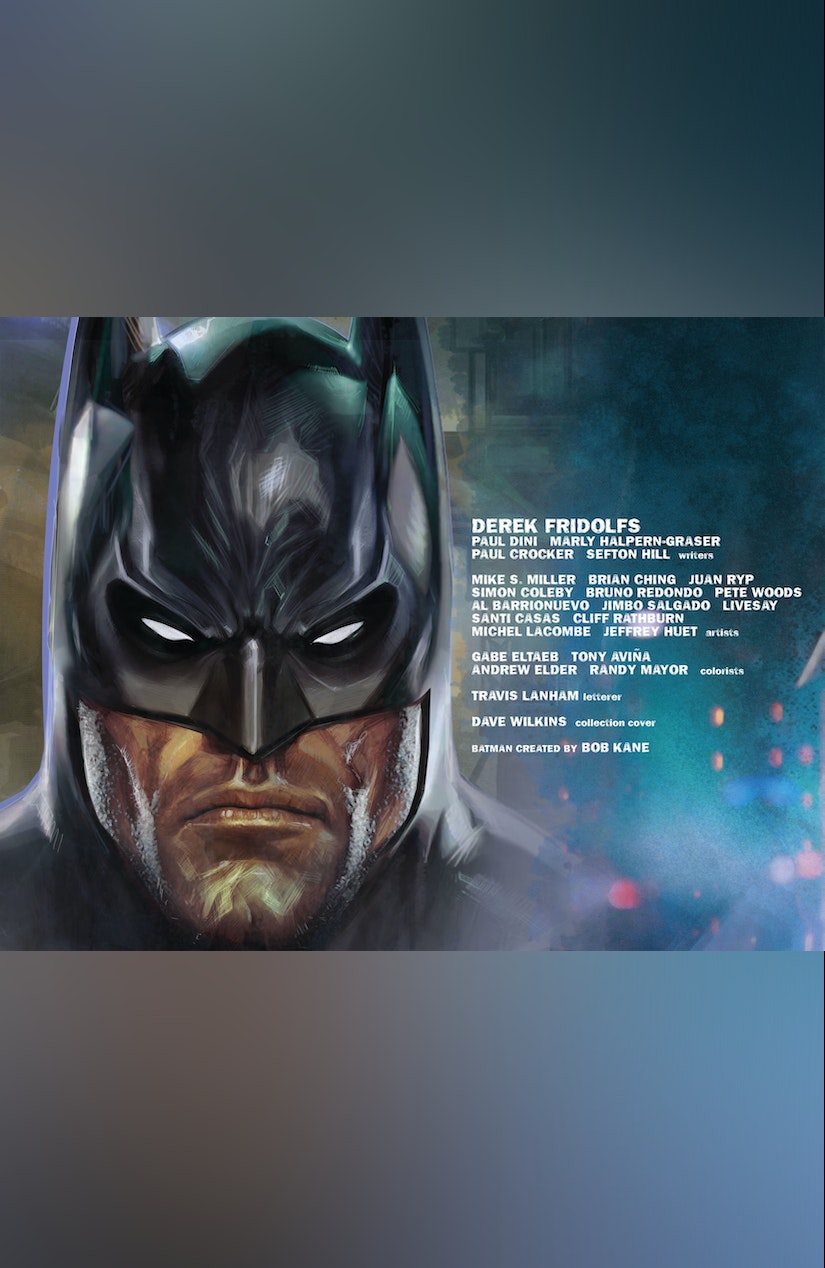 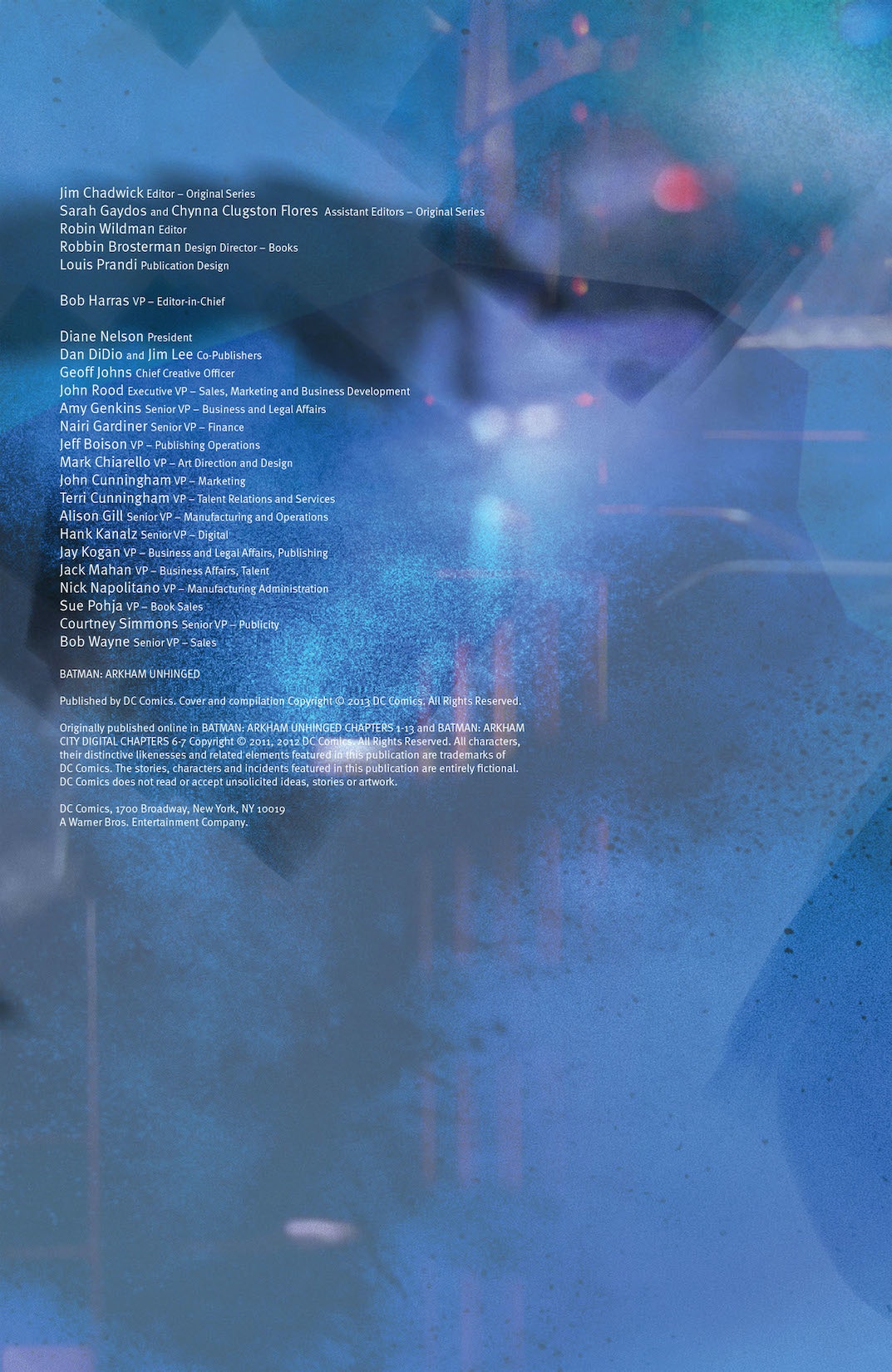 You’ve played the bestselling game…now dig deeper into Batman: Arkham City‘s gritty streets of Gotham. The mysterious Dr. Hugo Strange has turned an entire Gotham City neighborhood into the new Arkham Asylum, with the worst of the city’s scum and psychopaths are trapped inside. Only two criminals remain at large — Catwoman and Two-Face — and Strange will stop at nothing to bring them in. To discover the truth of this new villain’s rise to power, the Dark Knight has no choice but to go inside the walls of Arkham City. But will he unravel this deadly mystery before a gang war between Penguin and the Joker destroys Gotham? Or in time to save Catwoman…from herself? BATMAN: ARKHAM UNHINGED stars Batman’s entire rogues gallery with a supporting cast from the hit game Batman: Arkham City, including Nightwing and Robin, Bane, Harley Quinn, Killer Croc and many more. Writer Derek Fridolfs (JUSTICE LEAGUE BEYOND) is joined by some of the hottest collaborators in comics, including Pete Woods (LEGION LOST), Brian Ching (Star Wars: Knights of the Old Republic), Simon Coleby (2000AD) and Paul Dini (Batman: The Animated Series)!