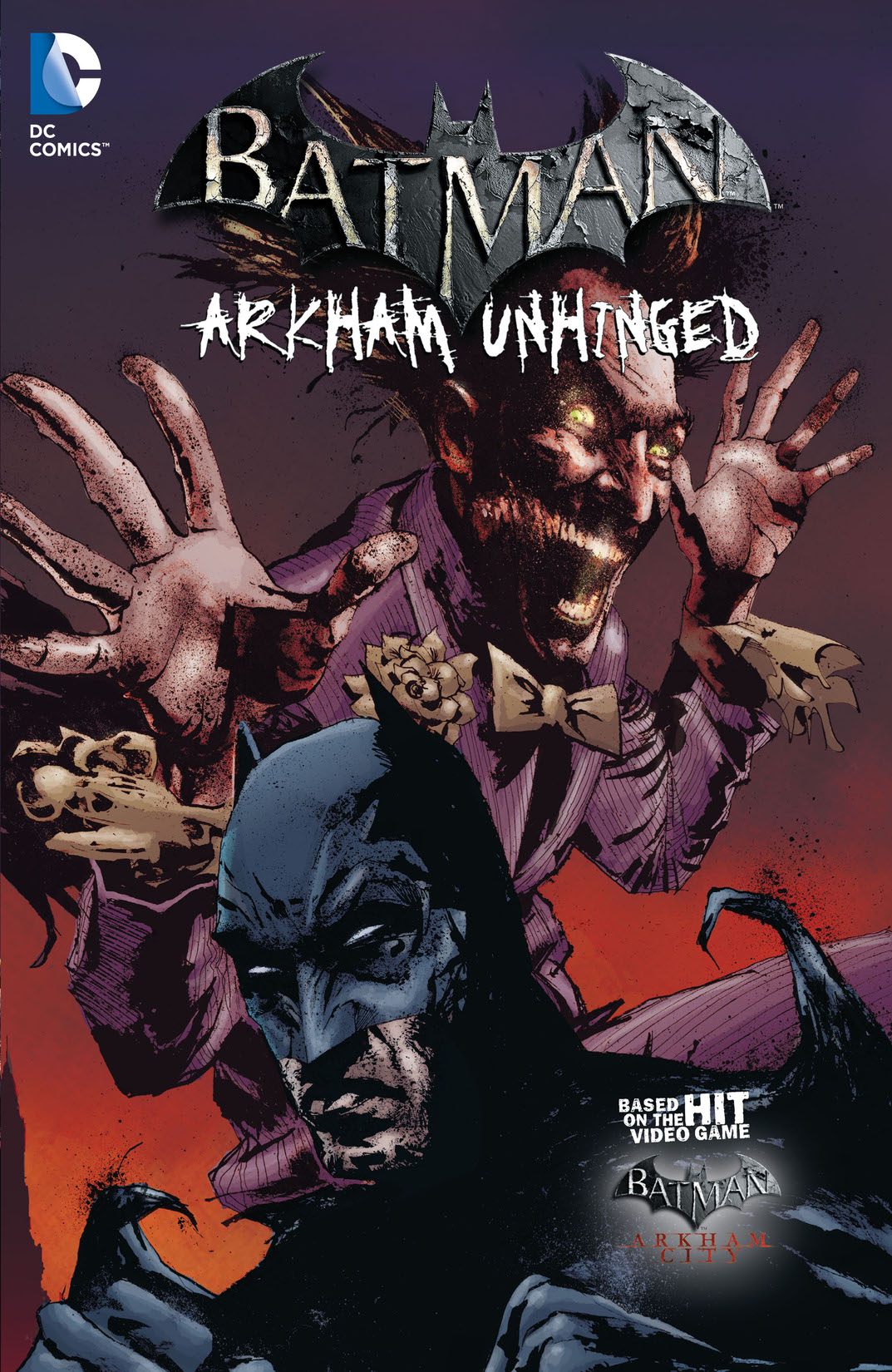 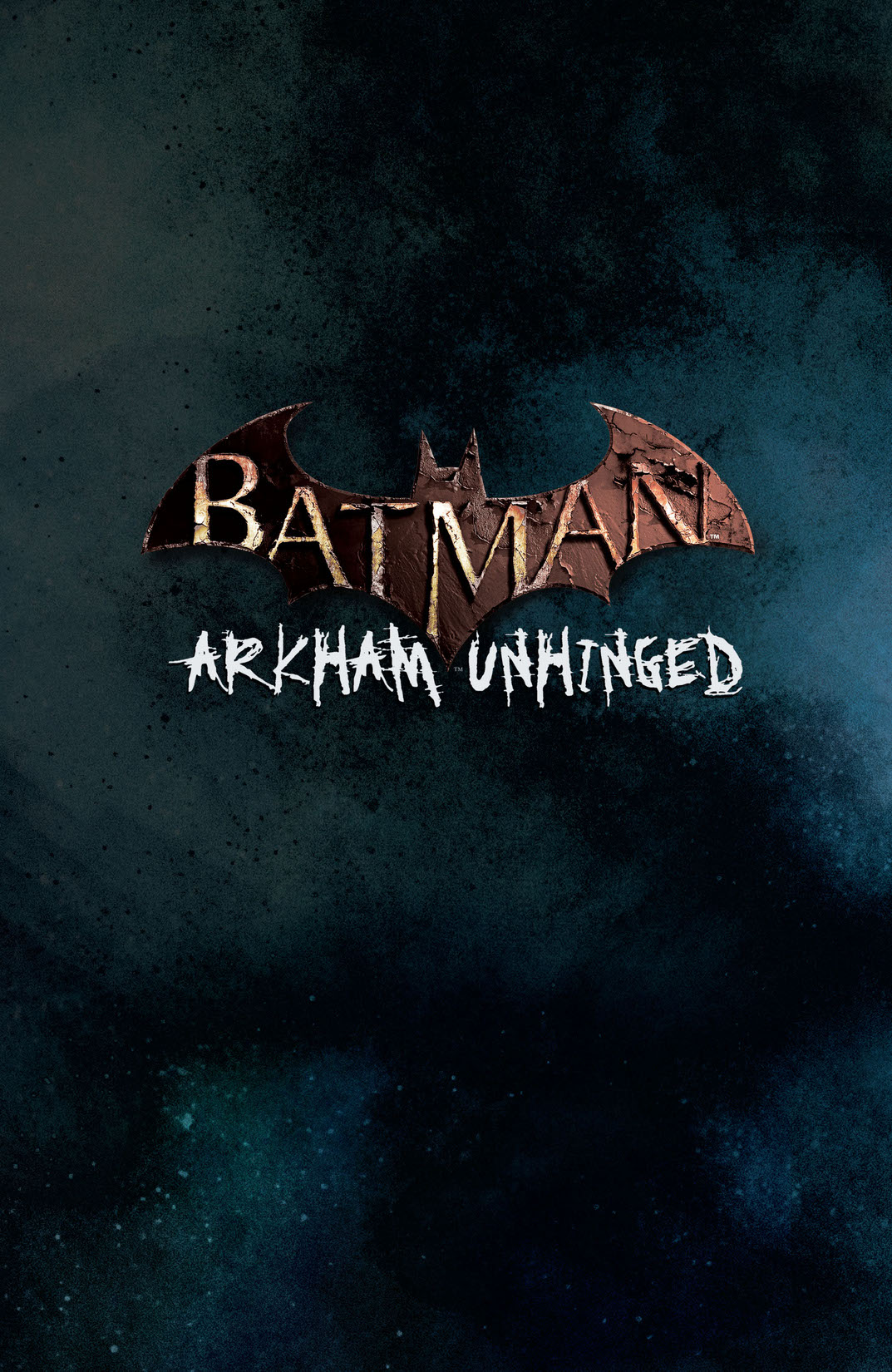 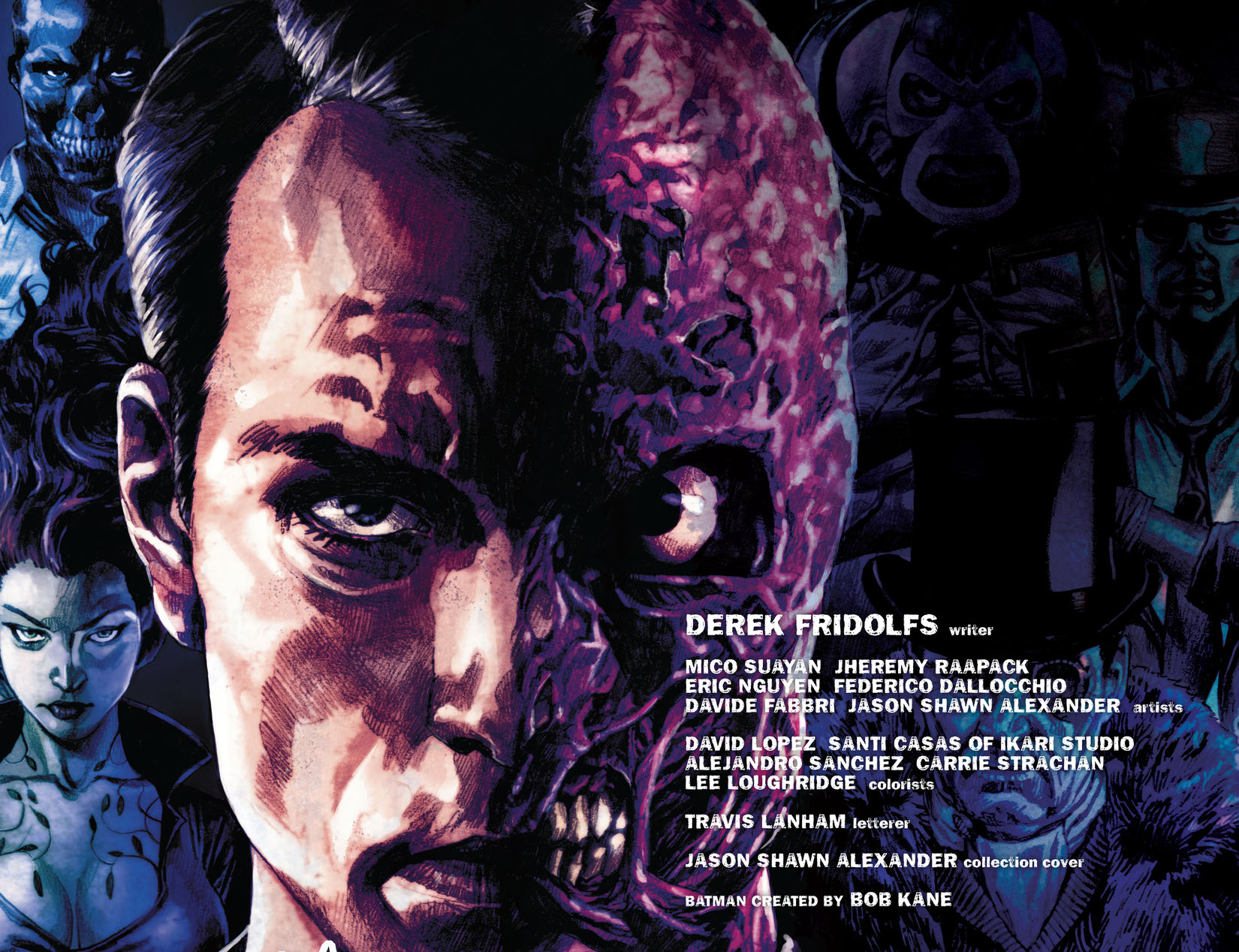 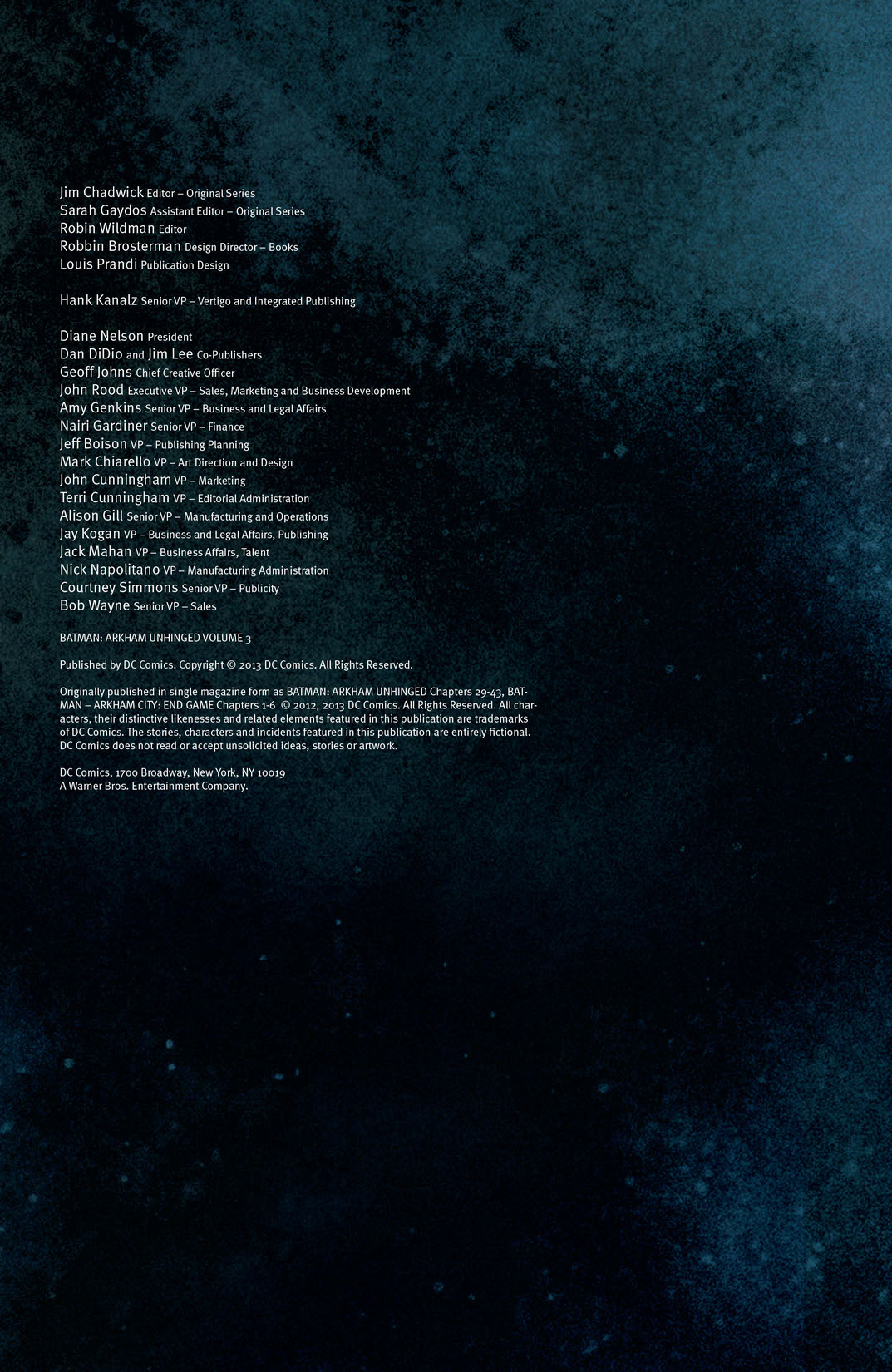 THE BEST-SELLING VIDEO GAME CONTINUES WITH MORE STORIES FROM THE WORLD OF BATMAN: ARKHAM CITY! All of Gotham City’s criminals have been walled up in a city-sized prison known as Arkham City and left entirely to their own devices. Its streets are packed with Arkham’s most dangerous patients, without anyone to keep them in check. Just when Batman thought things couldn’t get any more explosive...he may be dead wrong! The Joker is put on trial by his fellow Rogues, and the only thing that can save him is working side-by-side with Batman! And as Wayne Manor comes under attack with only Nightwing and Robin to protect it, Dr. Hugo Strange prepares his final solution for Gotham's evil. But will Batman be caught in the conflagration? you didn’t get to see in the hit game Batman: Arkham City in BATMAN: ARKHAM UNHINGED VOLUME 3, from writer Derek Fridolfs (JUSTICE LEAGUE UNLIMITED) and artists including Mico Suayan (INJUSTICE: GODS AMONG US), Eric Nguyen (ARROW) and Federico Dallocchio (SUICIDE SQUAD). This graphic novel collects stories from the hit digital series, including BATMAN - ARKHAM CITY: END GAME, the acclaimed storyline taking place after the events of the video game! Collects BATMAN: ARKHAM UNHINGED #11-15 and BATMAN: ARKHAM UNHINGED END GAME #1.