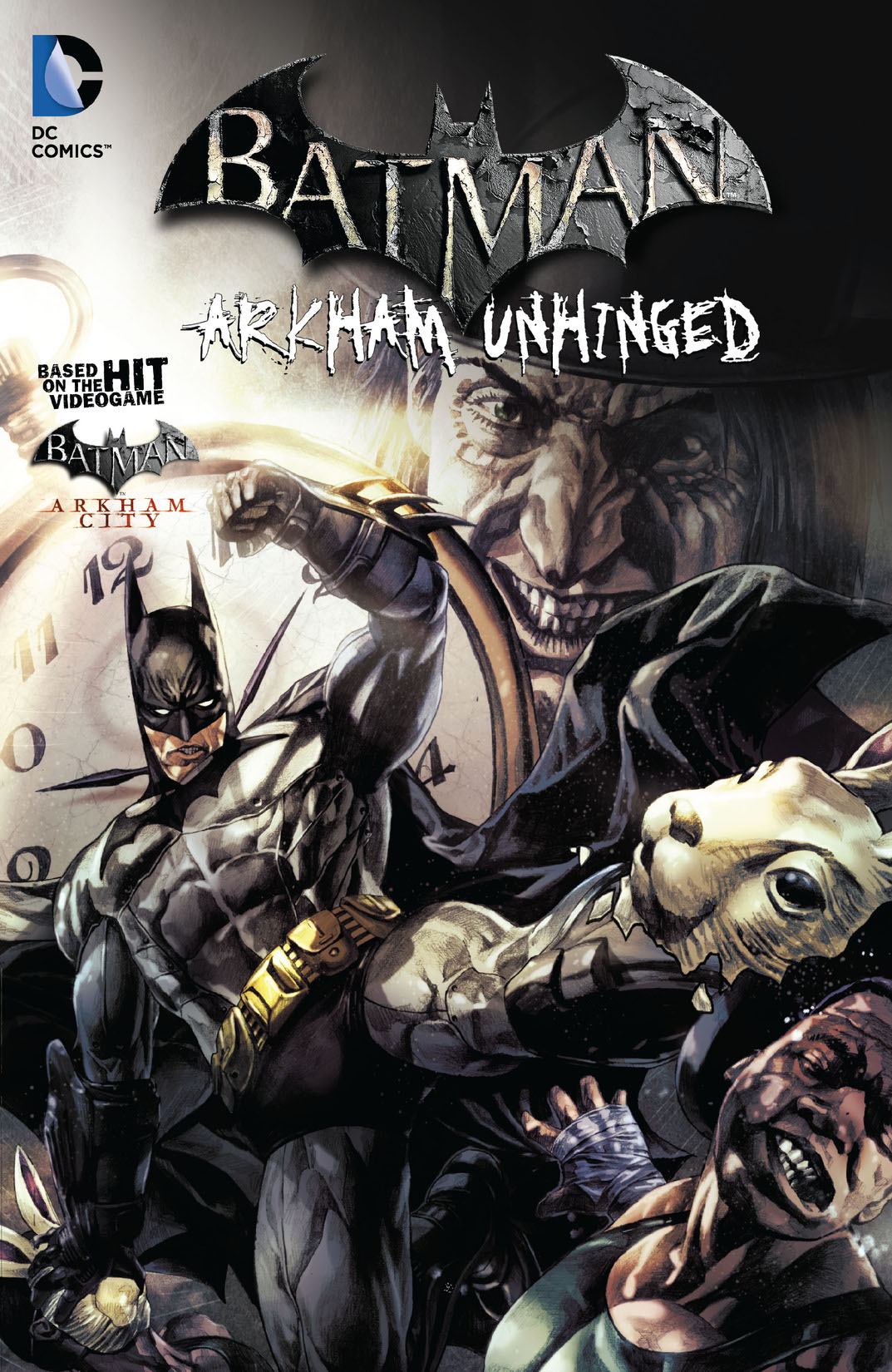 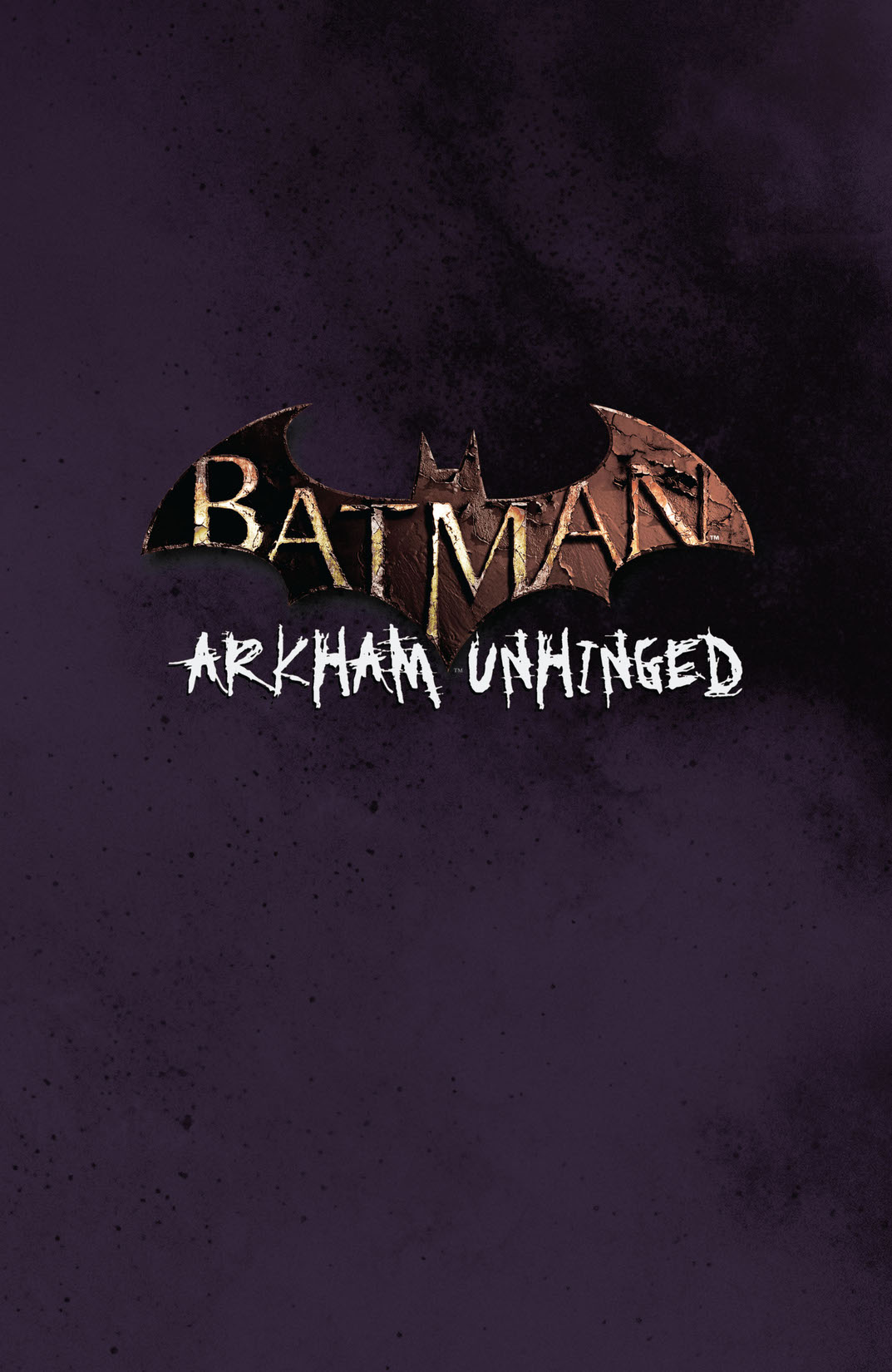 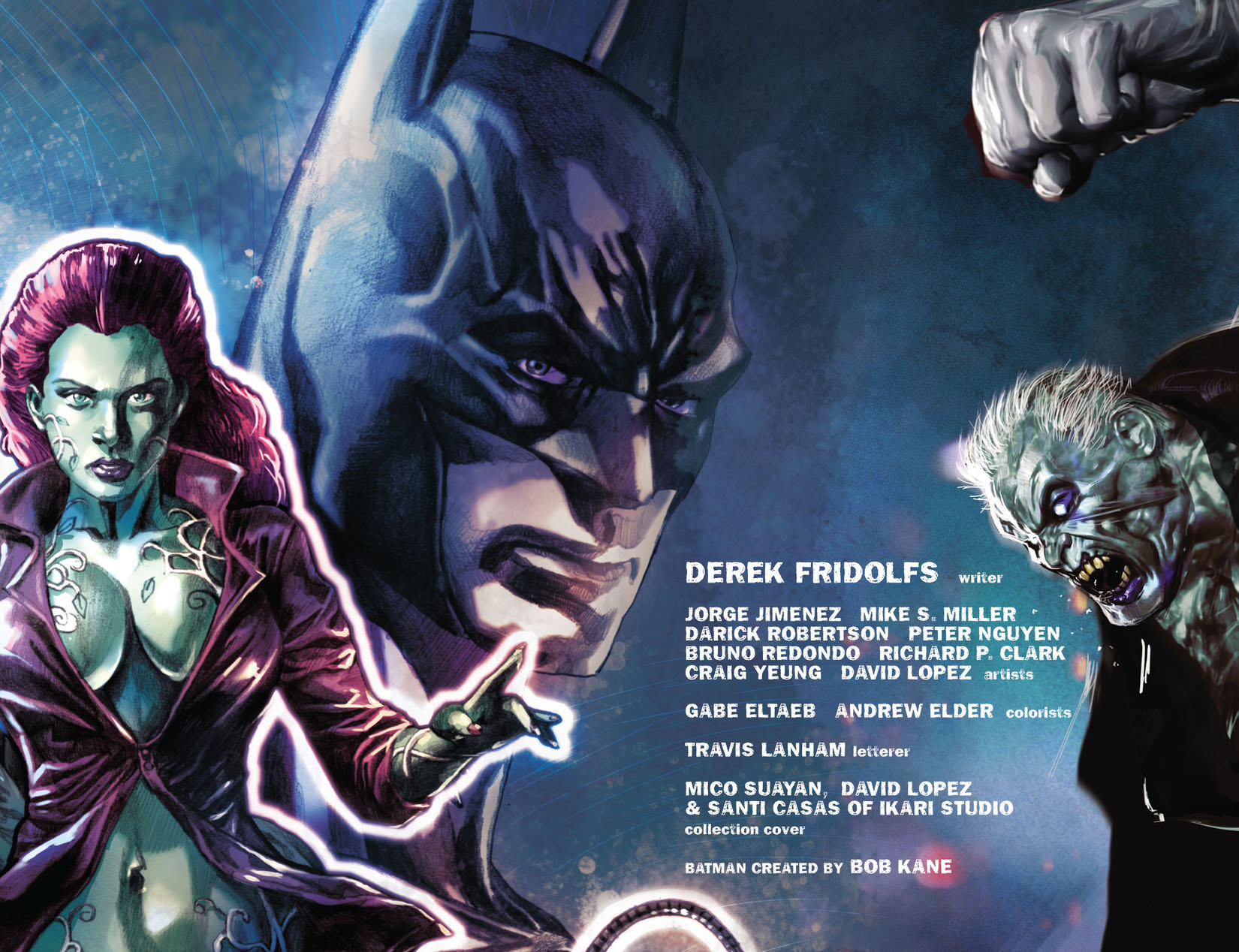 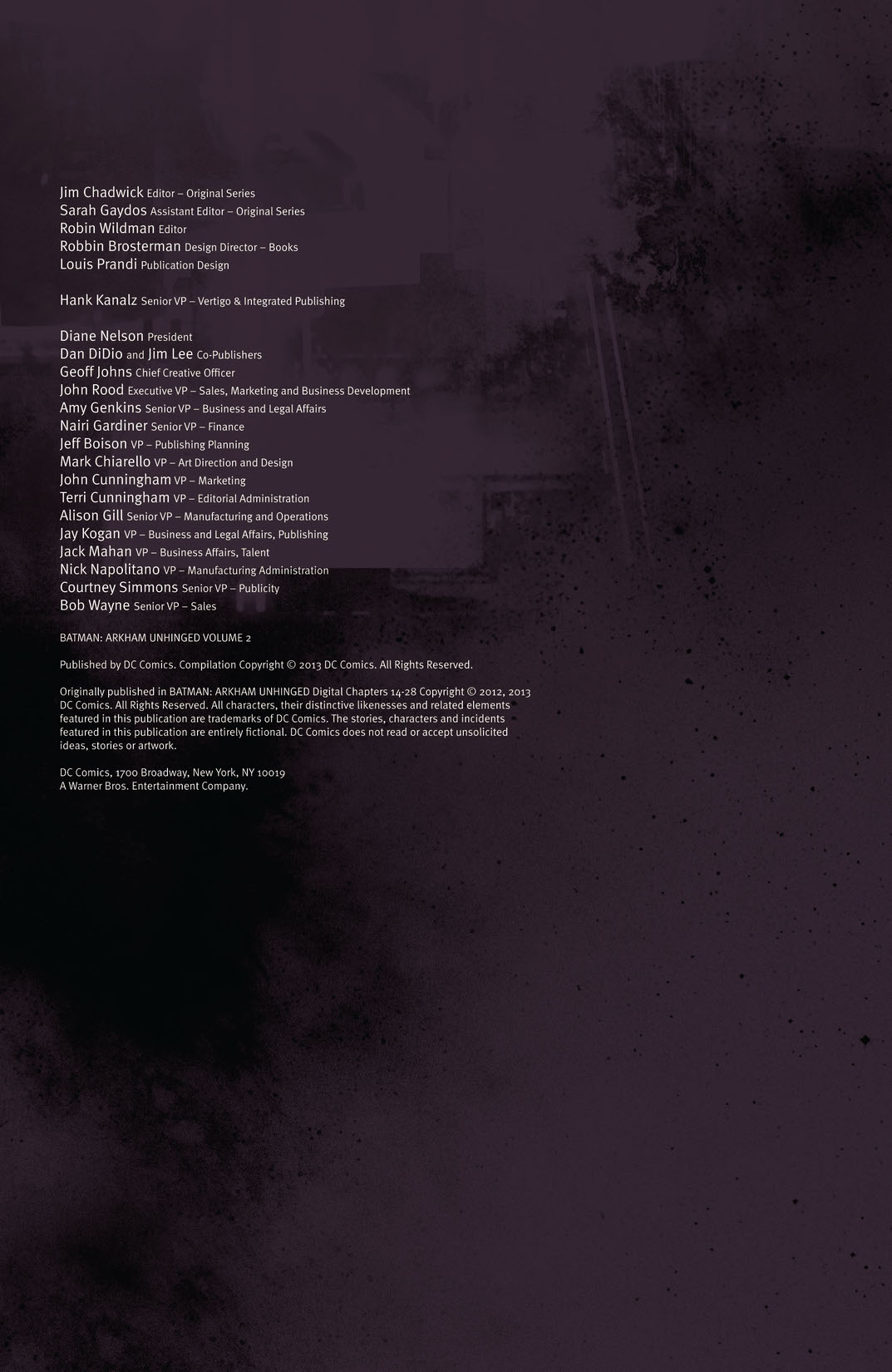 In these stories inspired by the best selling videogame Batman: Arkham City, Dr. Hugo Strange has gained control of Arkham Asylum. Now, Gotham City has become a massive prison ruled by criminals. Will the Dark Knight be able to take back his cityfrom the hands of a psychopath? Or will he fall victim to the madness that has gripped Gotham? BATMAN: ARKHAM UNHINGED VOLUME 2 contains tales that fill in the gaps of the best-selling video game. Collects issues #6-10 featuring the Caped Crusader and his infamous rogues gallery, including Catwoman, Two-Face, Penguin, Killer Croc, Deadshot and The Mad Hatter.